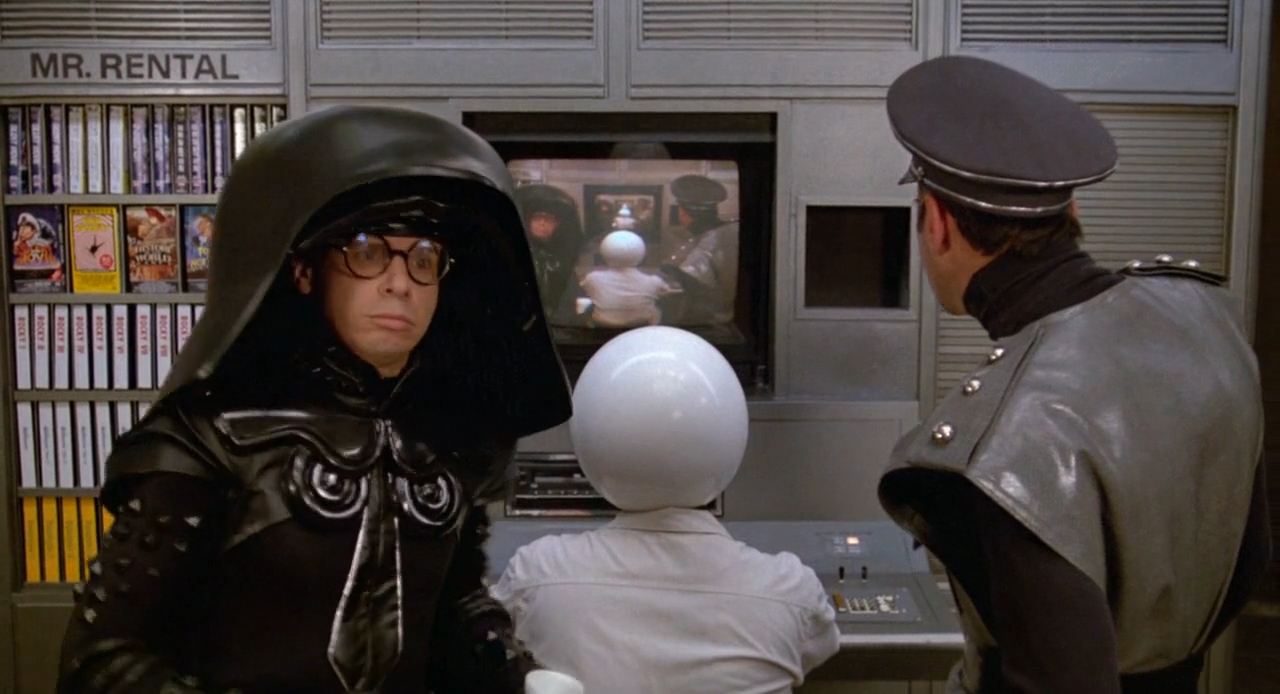 I went into rewatching Spaceballs this month with a considerable degree of trepidation. Although I was a fan of Mel Brooks' films as a child in the early 1980s (mostly the edited-for-TV versions), I haven't remained enamored of Brooks' broad vaudeville style as I've grown older. Blazing Saddles was particularly squirm-inducing when I re-watched it a few years ago. Even though I could appreciate the boldness of its commentary and its cultural importance at the time of its release, the ham-fisted manner of its joke-writing and delivery hit my gag reflex more often than my funny bone. Spaceballs is largely the same, but without the mitigating social factors.

In Spaceballs, Brooks spoofs, mostly, Star Wars, but stirs in some The Wizard of Oz and Planet of the Apes, as well, as a heroic band of misfits — Bill Pullman as the roguish spaceship captain Lone Starr, John Candy as his half-man/half-dog companion Barf, Daphne Zuniga as haughty runaway Princess Vespa, and Joan Rivers as her catty robot minder Dot Matrix — battle against the not very villainous Dark Helmet (Rick Moranis), who plans to suck the oxygen from other planets to save his own.

Brooks operates primarily at a very base level of silliness, but that's not to say that there aren't any laughs in Spaceballs. I chalked up 28 successfully landed bits, which is better than most comedies. There are a couple of really great, inspired, and well-executed ideas — the disgusting design of Pizza the Hutt is a stand-out — and Brooks' brief ventures into surrealist non-sequiturs, such as inserting a random bear into a panicky emergency sequence, and the terrific Alien puppet, provide the movie's richest laughs. Unfortunely, he rarely aims that high. With 96 minutes of one or more attempted jokes per minute, 28 mostly mild chuckles doesn't look like such a great success:dud ratio.

At times, Spaceballs feels like the work of a very old man shaking his head at those darned kids, what with their space movies and plasticy toys. Brooks was just over 60 when he made Spaceballs, but his style of humor is so mired in old-timey Borscht-Belt/Catskills schtickyness, that it was already quaintly out-of-date in his heydey of the early 1970s. In the 1980s, after Airplane! significantly upped the ante for cleverness and absurdism in movie parodies, Brooks' approach feels prehistoric. It's telling that Brooks not only veers away from Star Wars to The Wizard of Oz, a film and format which he simply understands better, but also packs Spaceballs with more than his usual amount of 4th-wall-breaking meta-humor. These types of jokes — characters renting a VHS copy of their own movie to find out what happens next (rehashing a similar gag from History of the World, Part I); Dark Helmet inadvertently slicing a member of the film crew during a light saber fight — Brooks could insert into any movie, giving Spaceballs a very generic, uninterested tone lacking the affection the director has displayed for the other genres he's tackled previously. While there may be some cleverness at work in some of the gags — probably depending on how you view the movie's kvetchy, insubstantial commentary on merchandising — Brooks has a tendency to not only labor his jokes, but explain them, which isn't effective with the largely obvious material here. 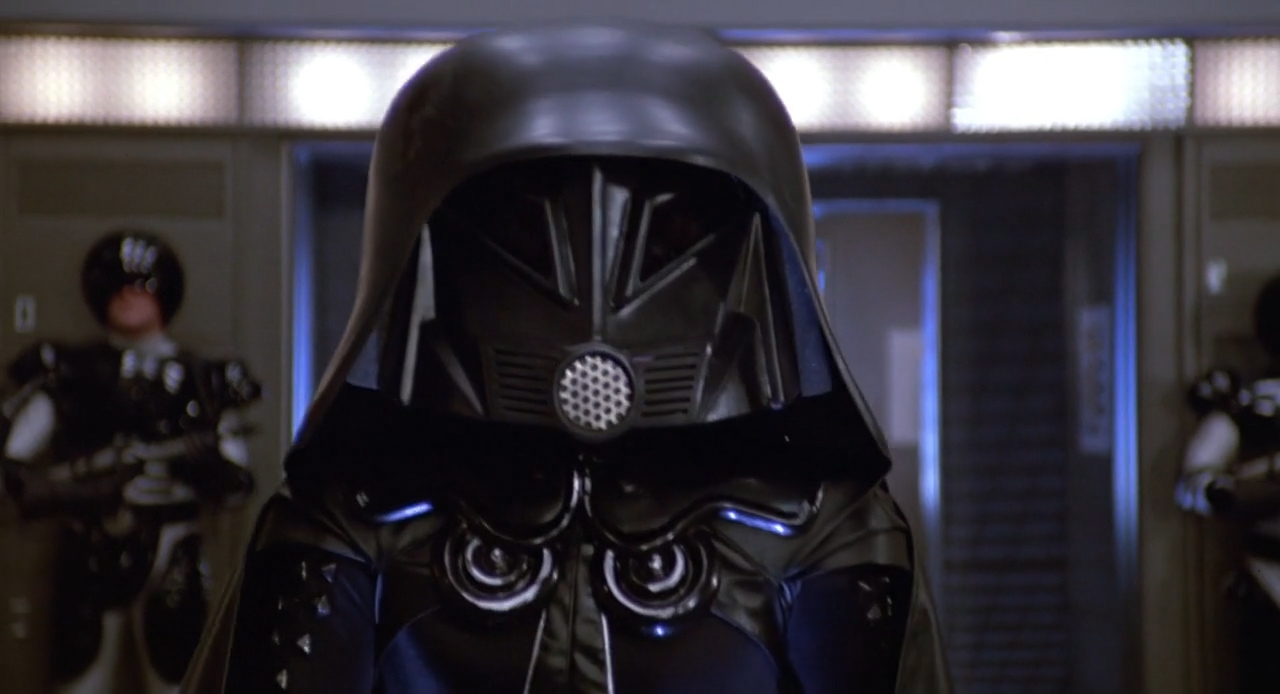 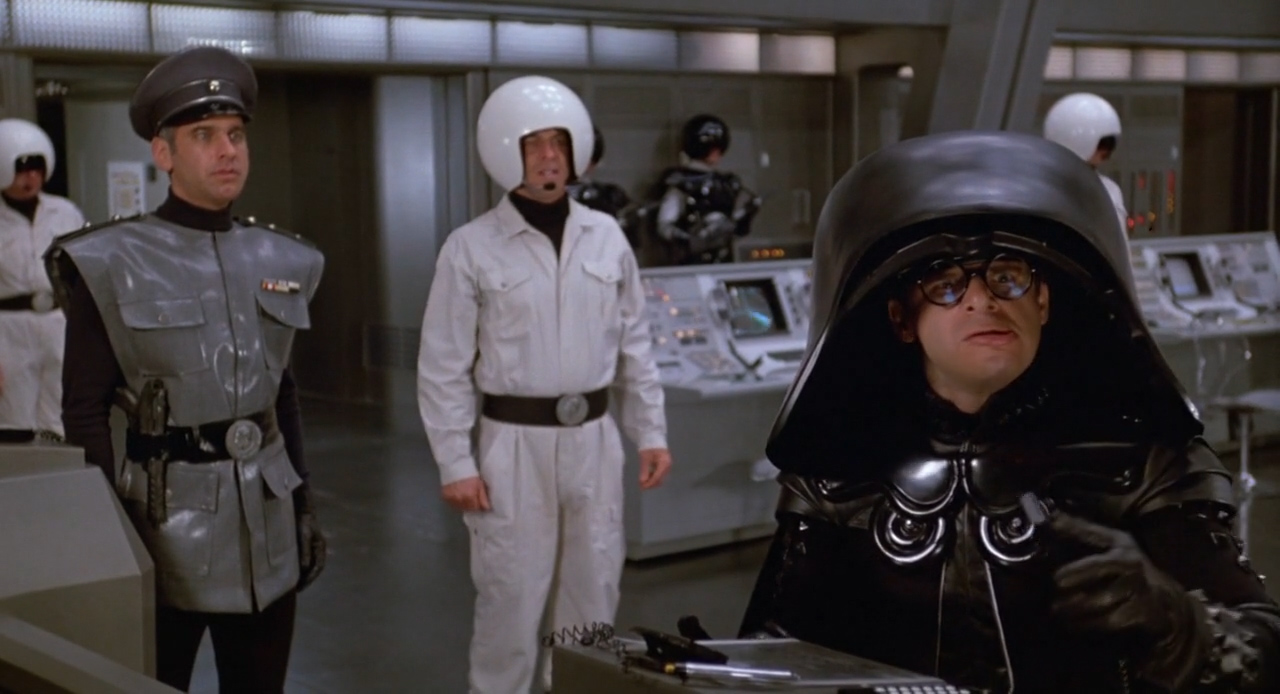 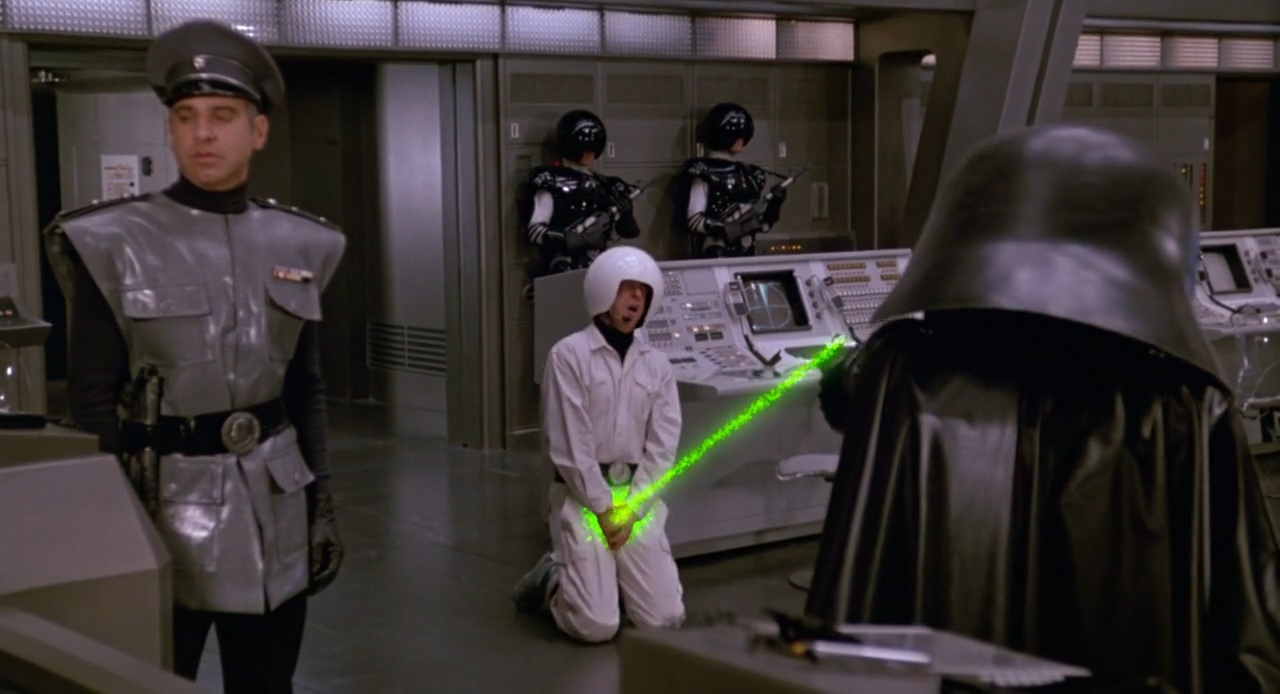 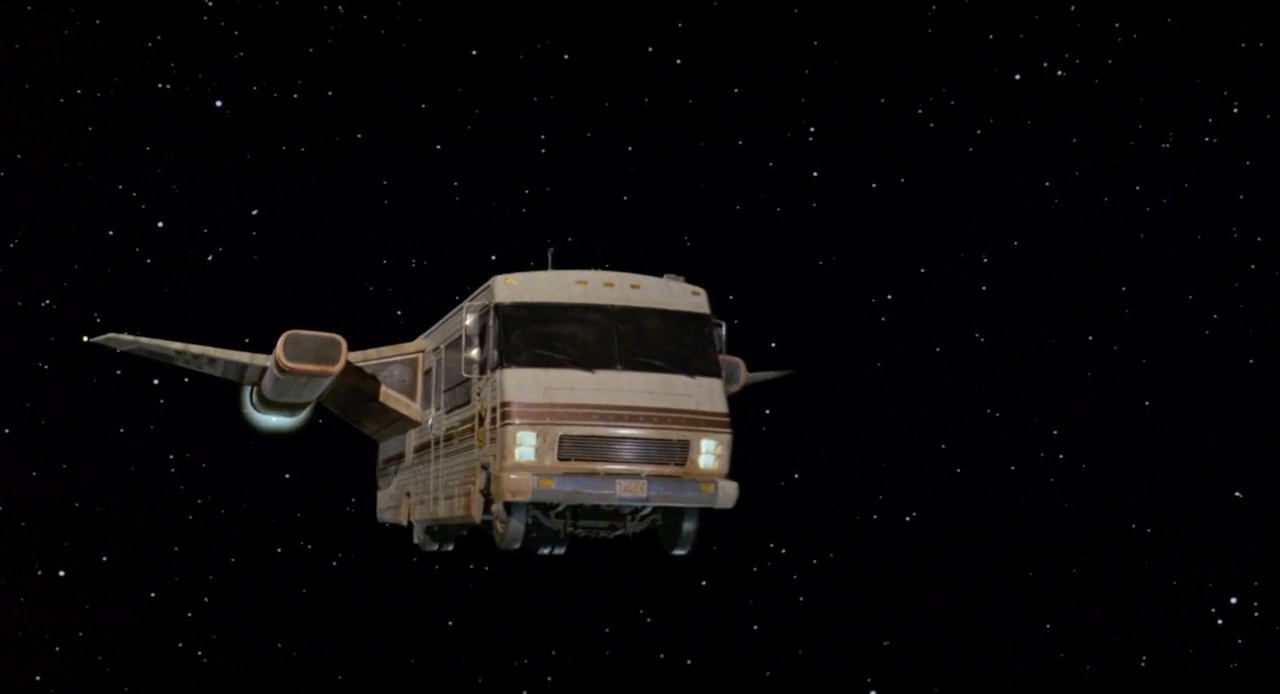 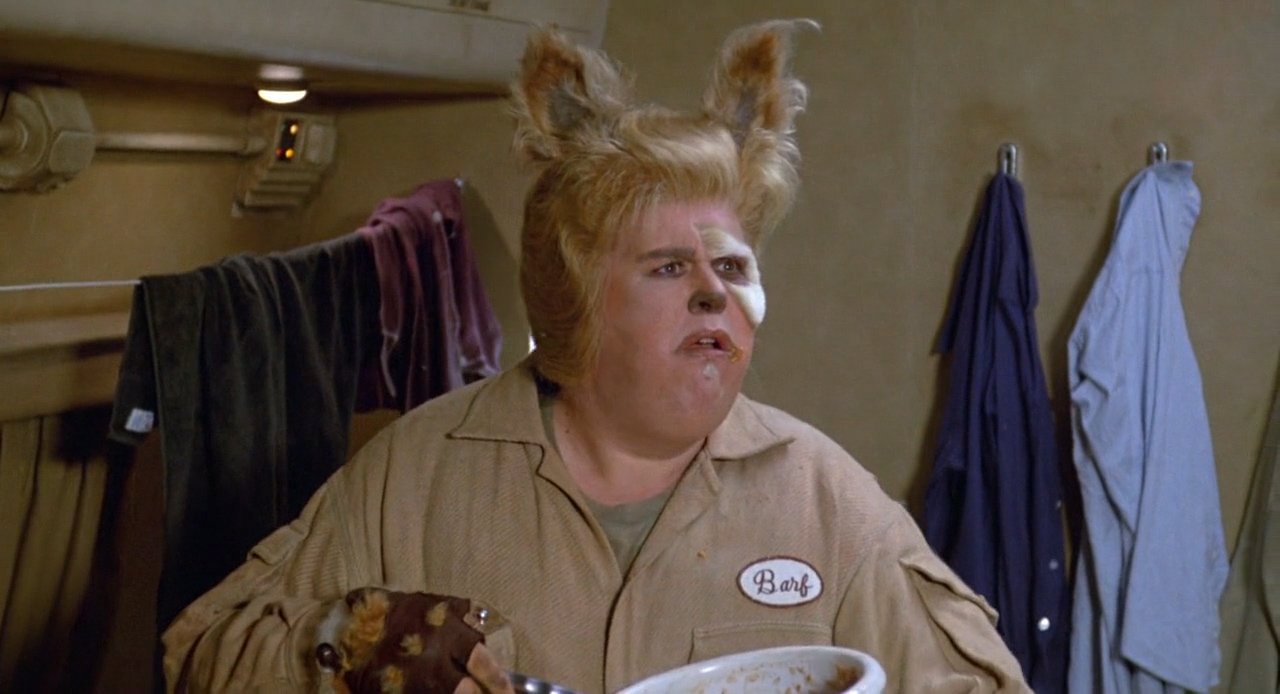 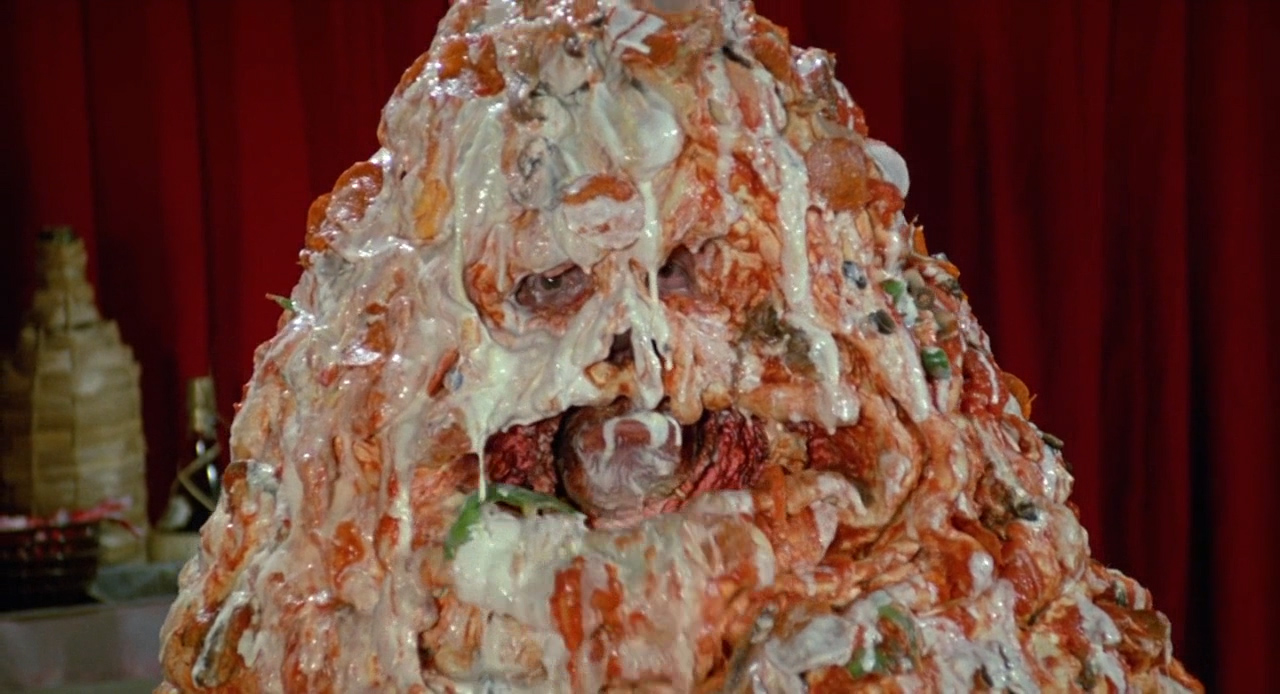 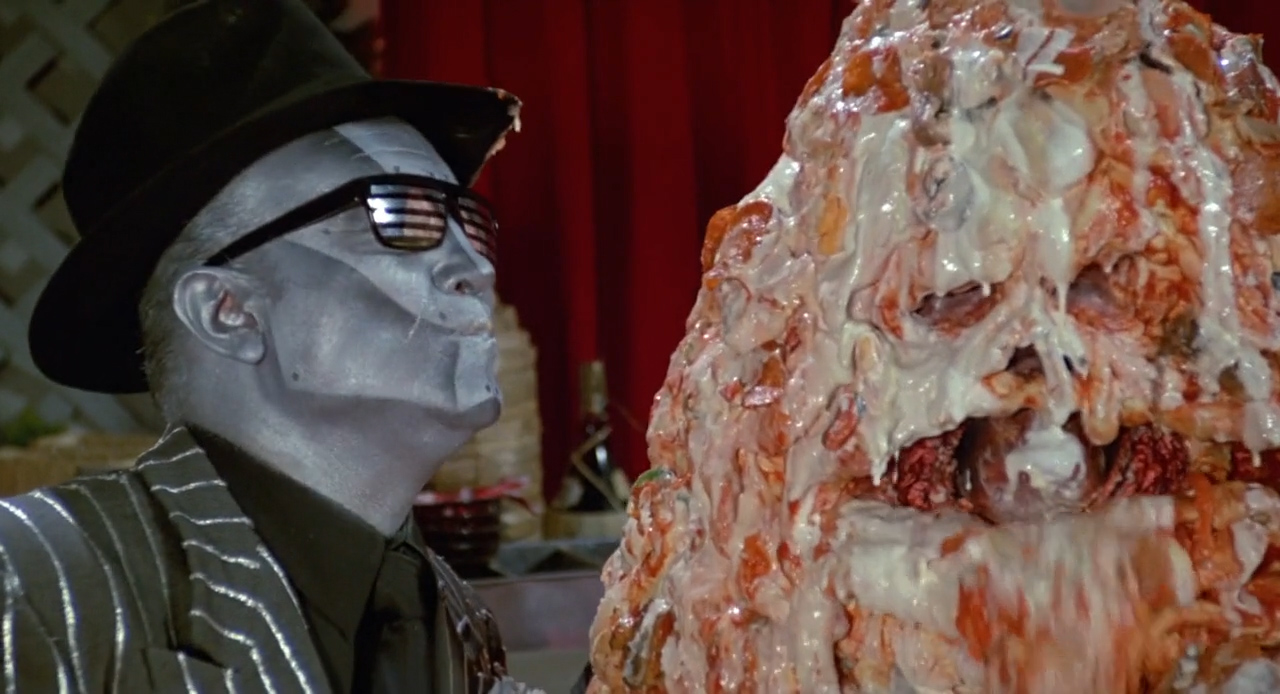 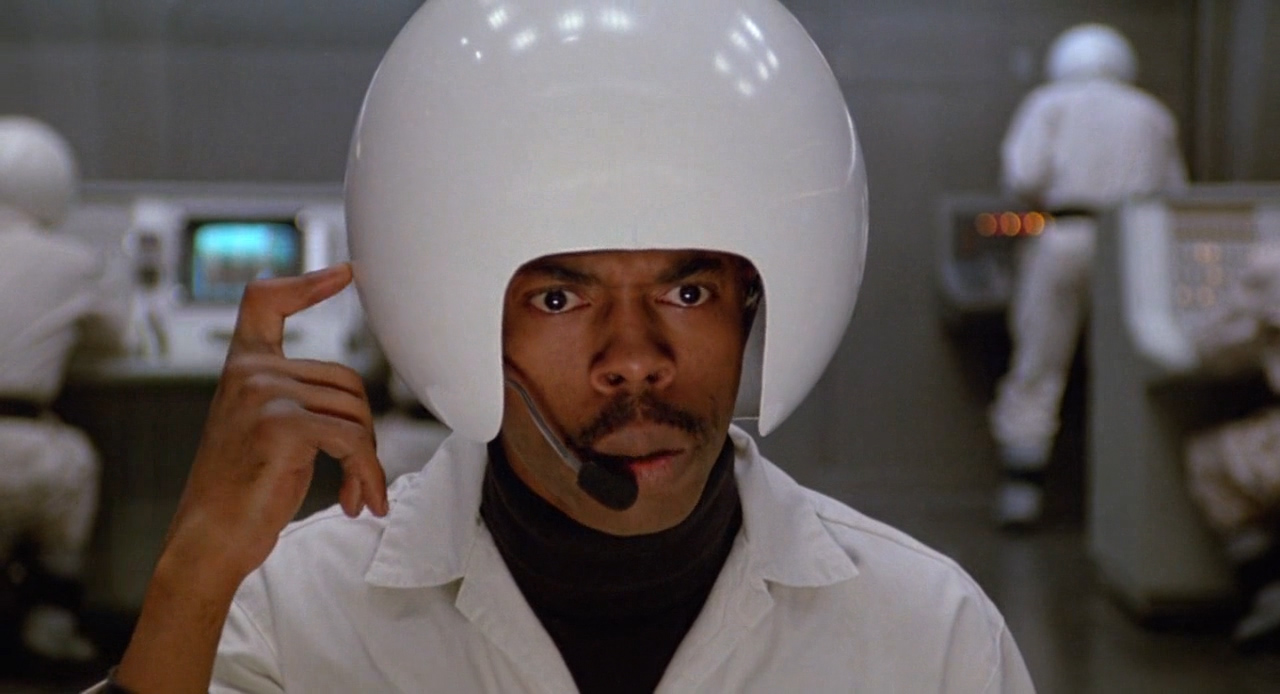 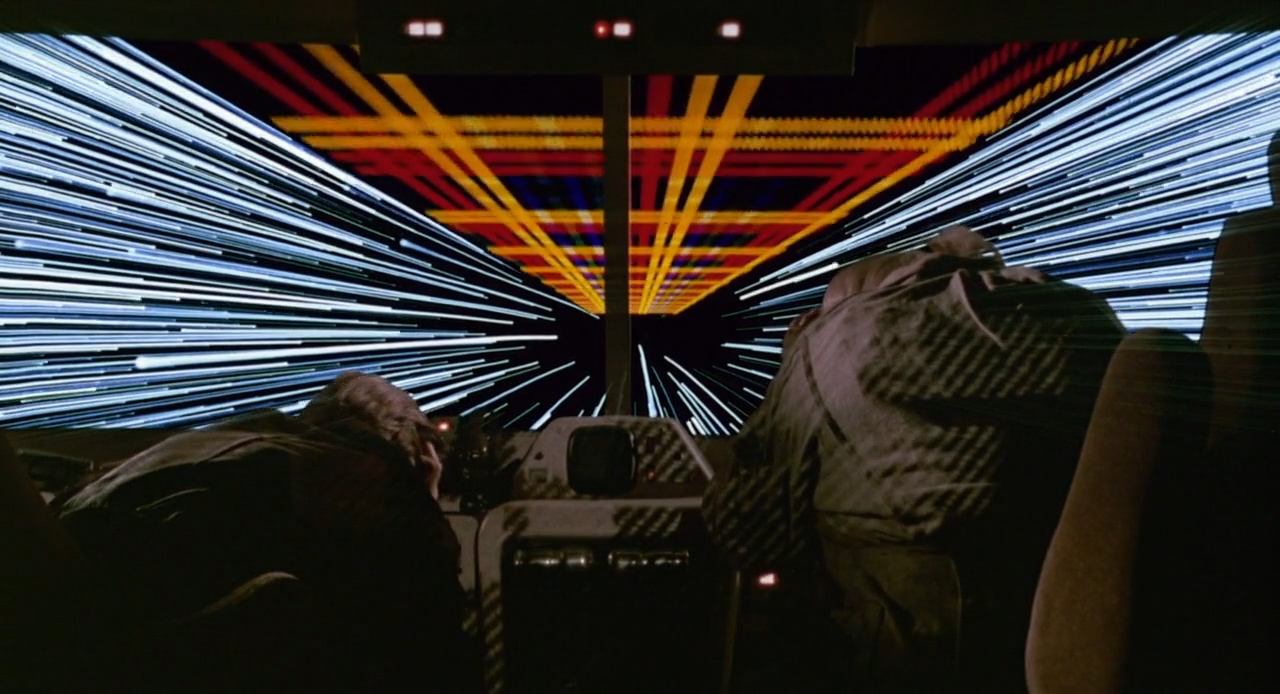 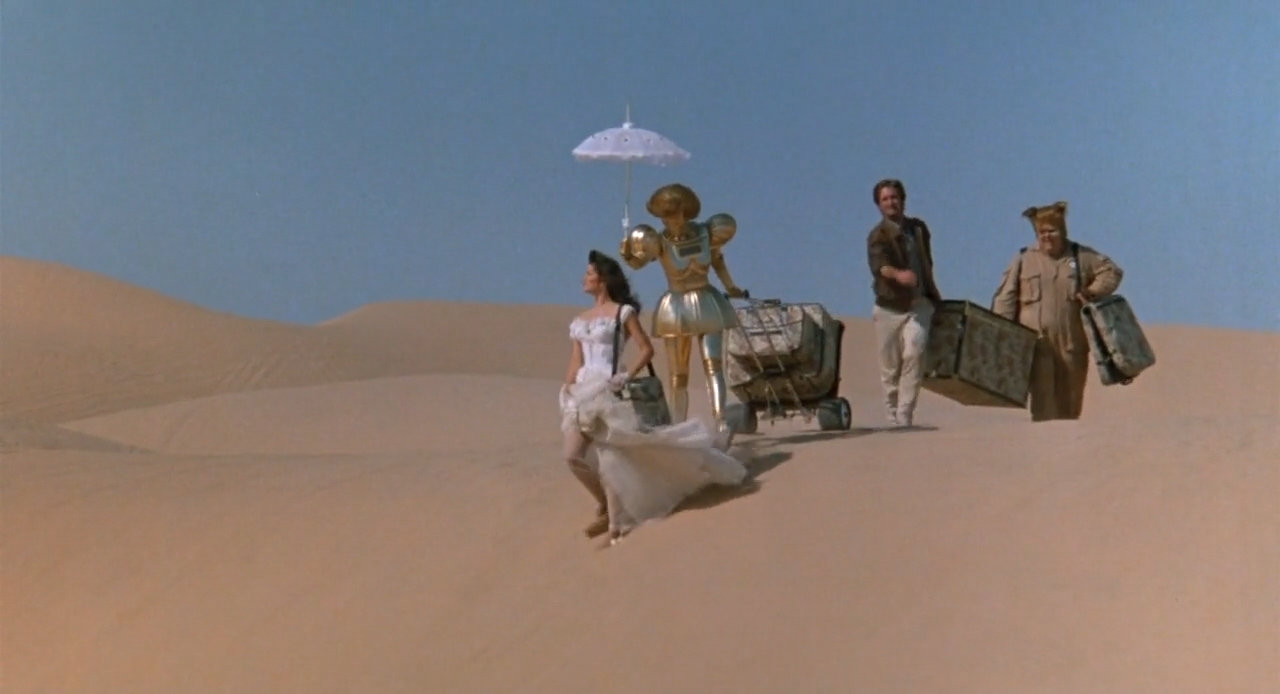 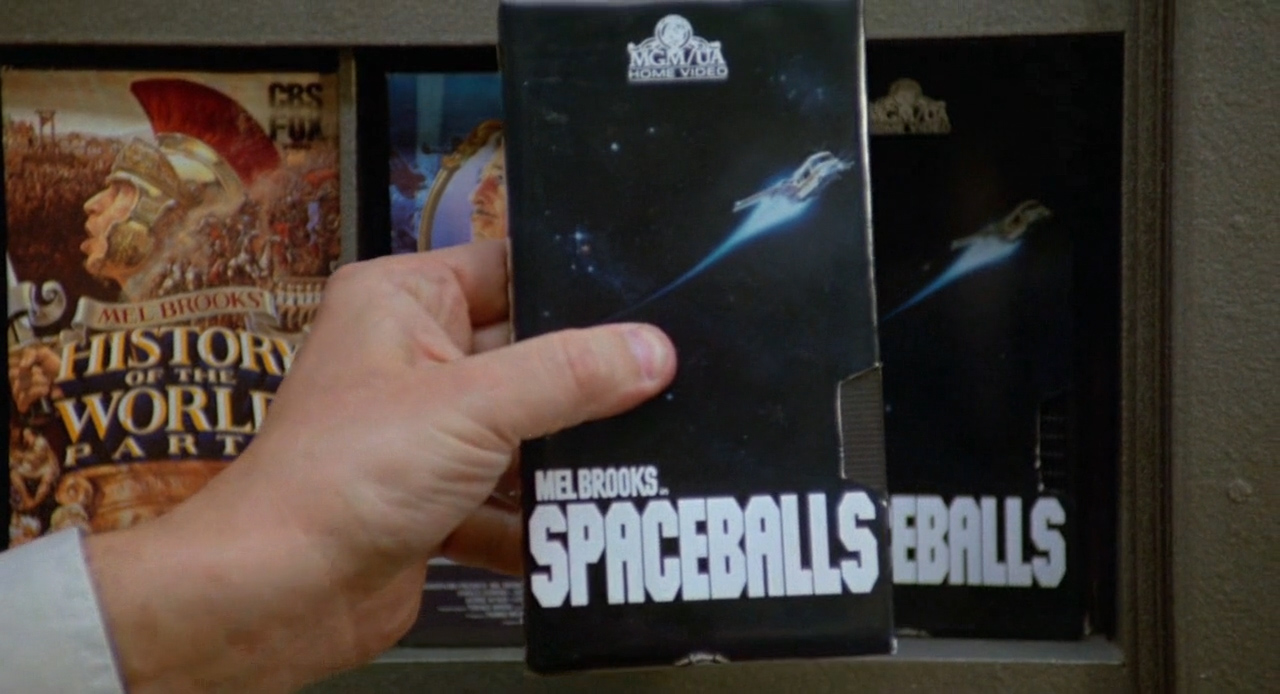 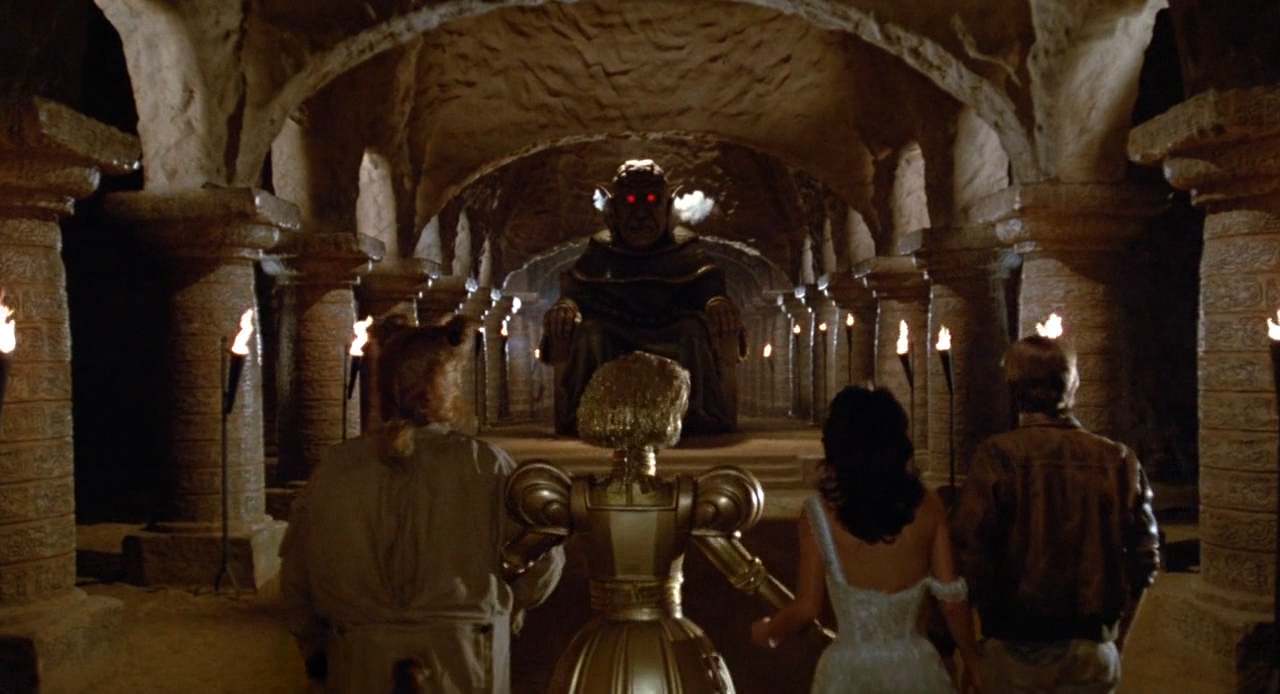 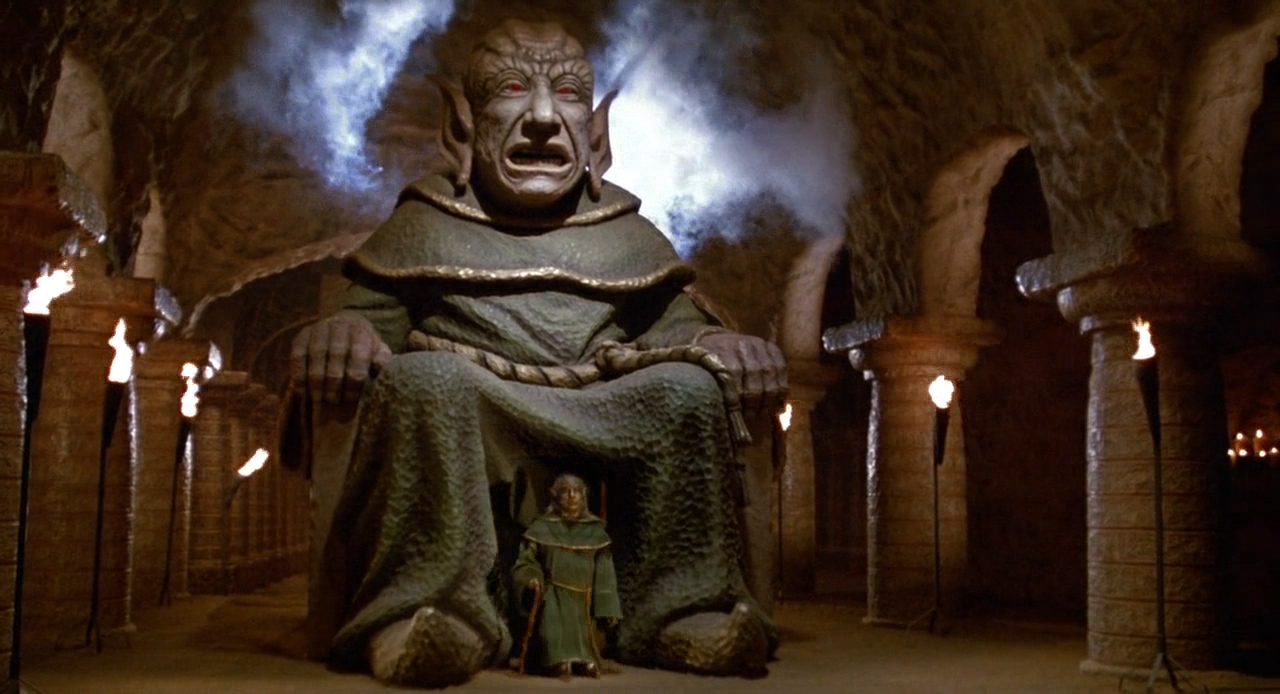 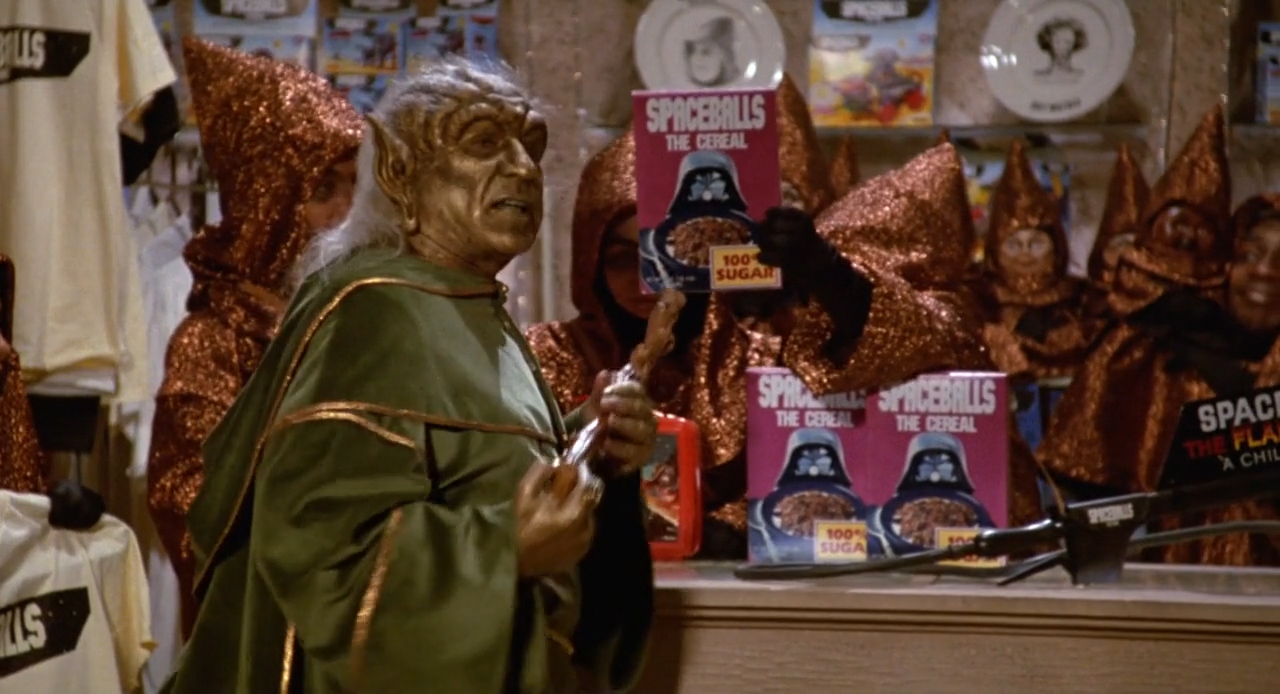 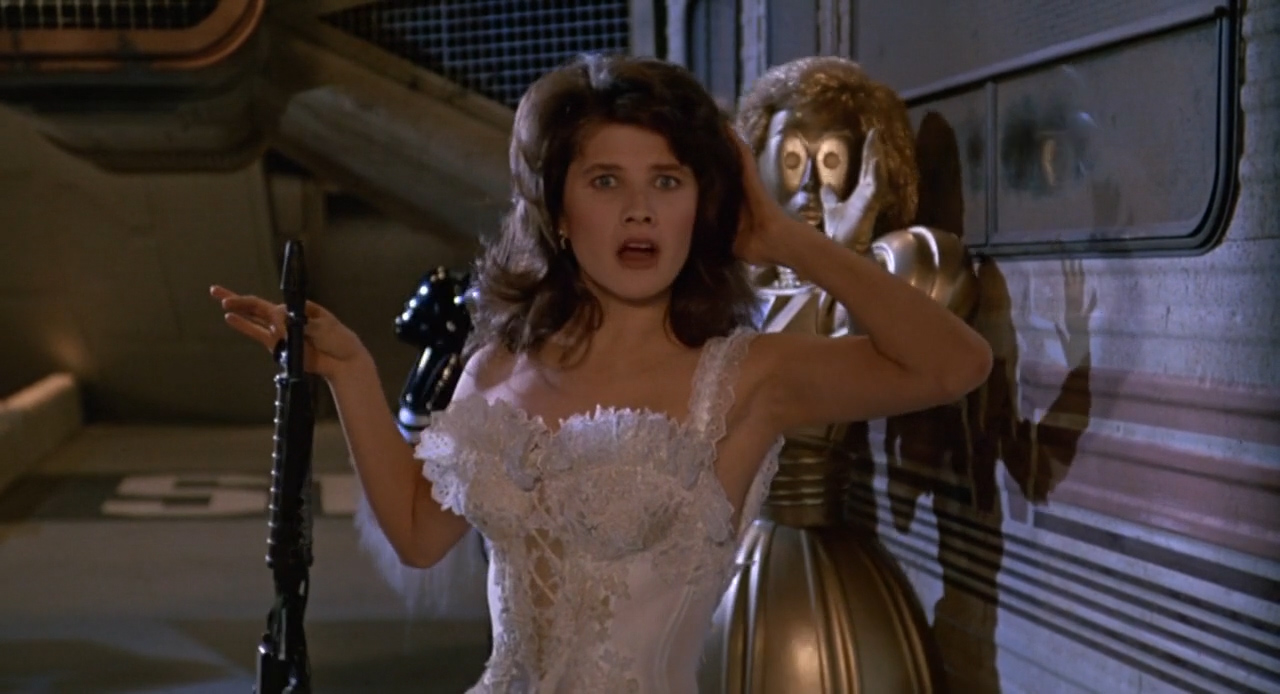 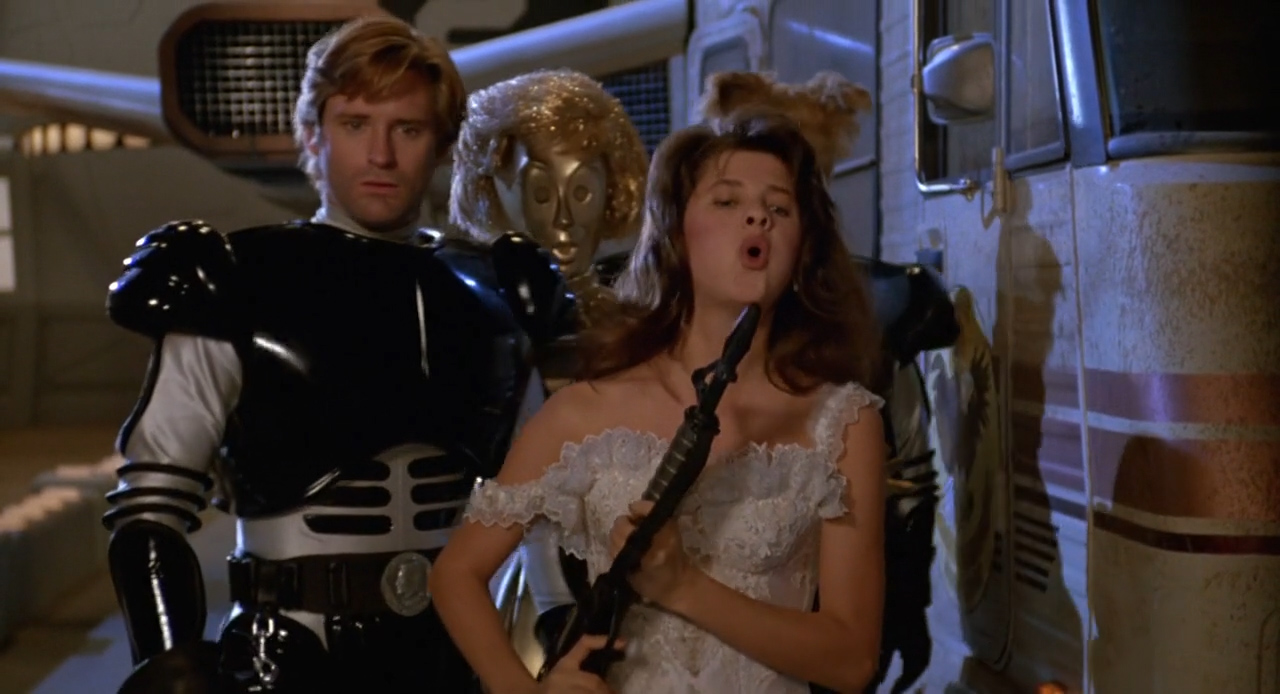 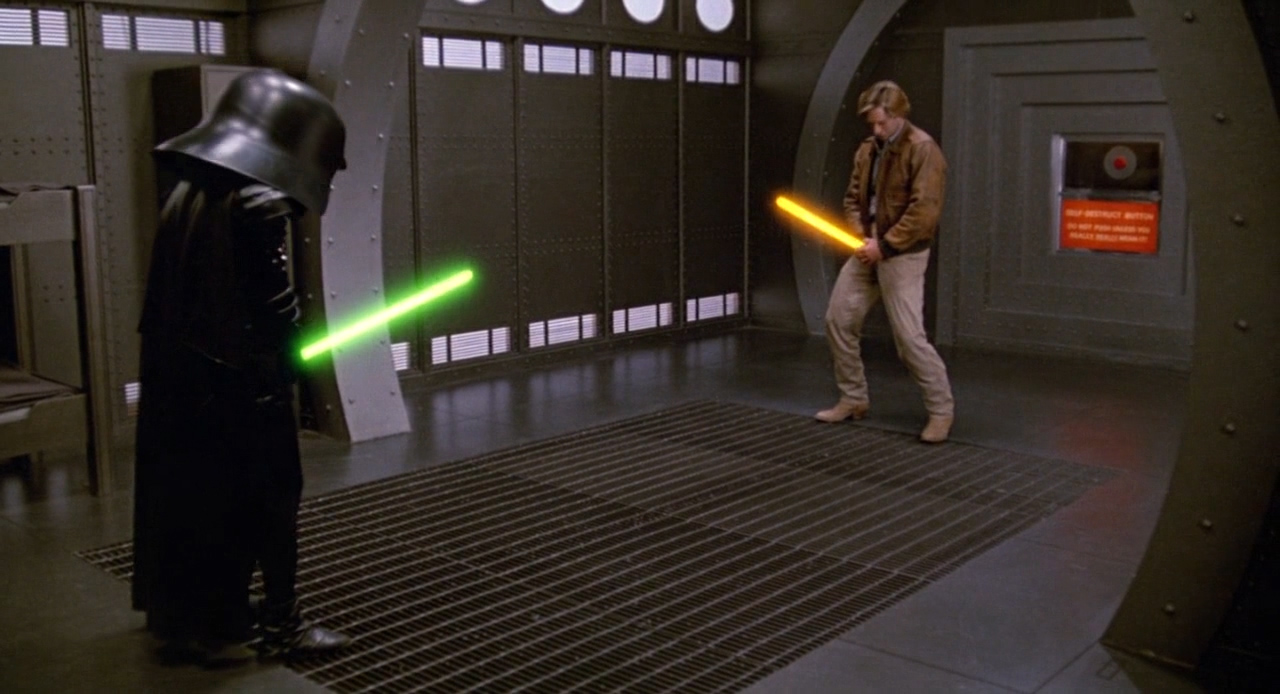 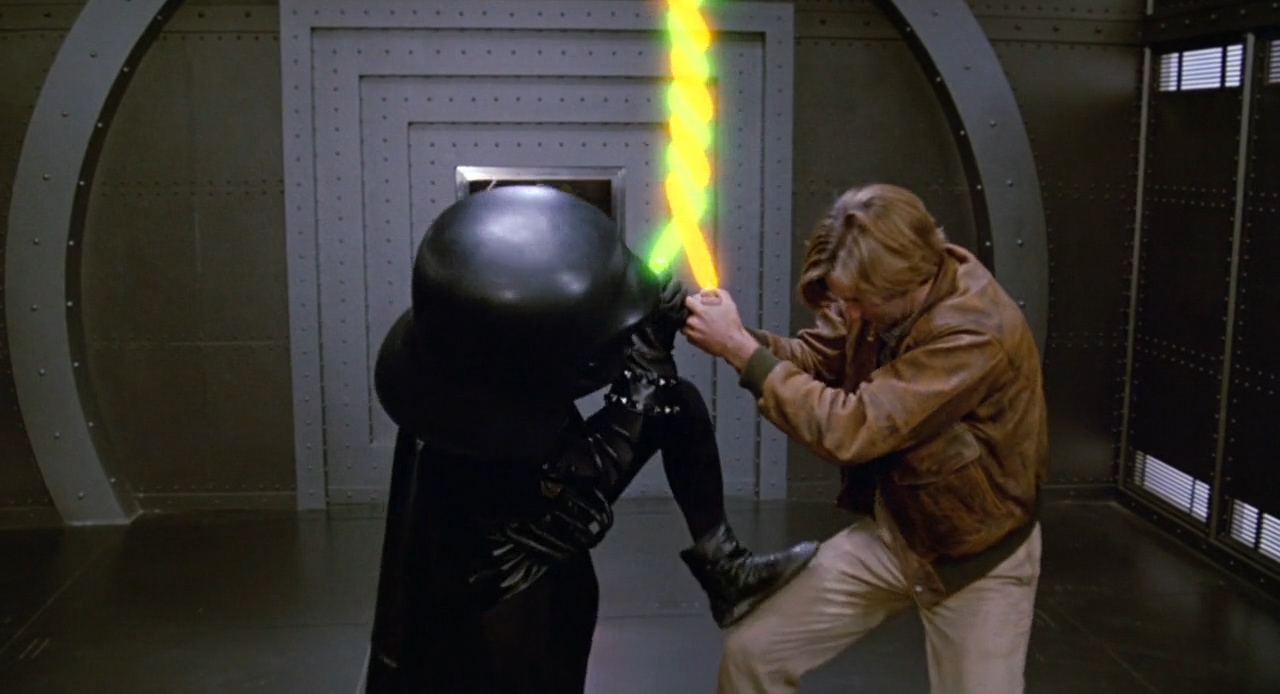 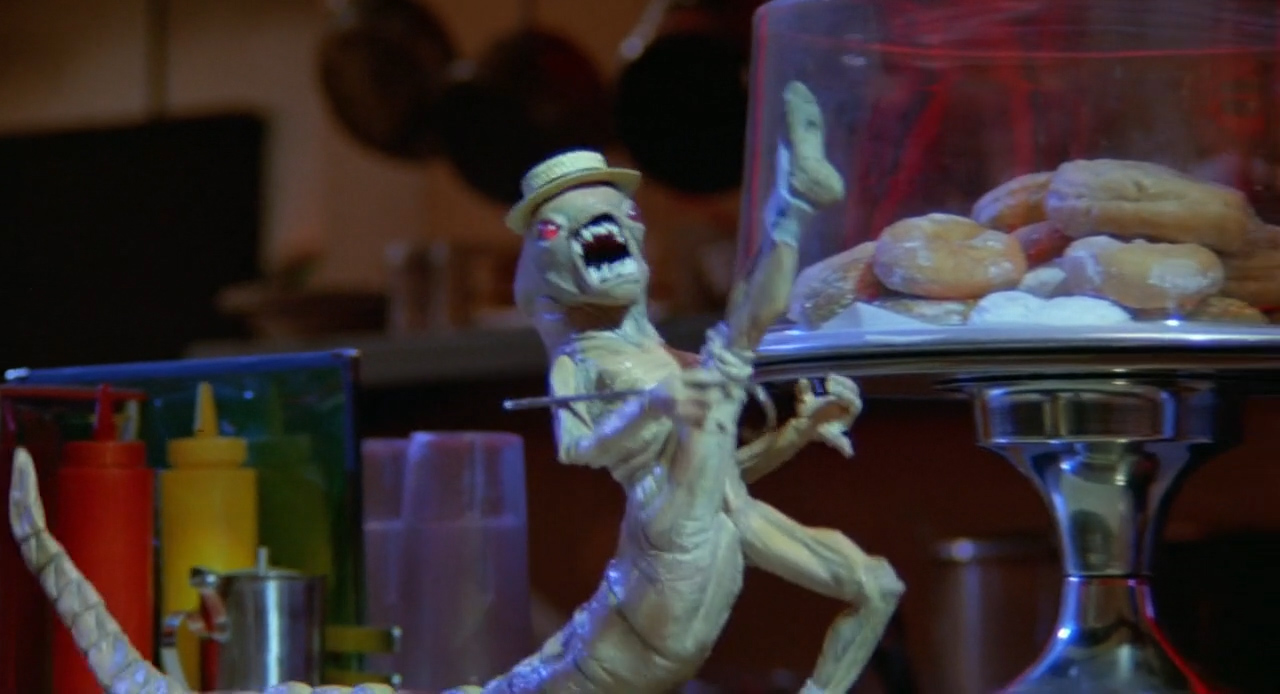 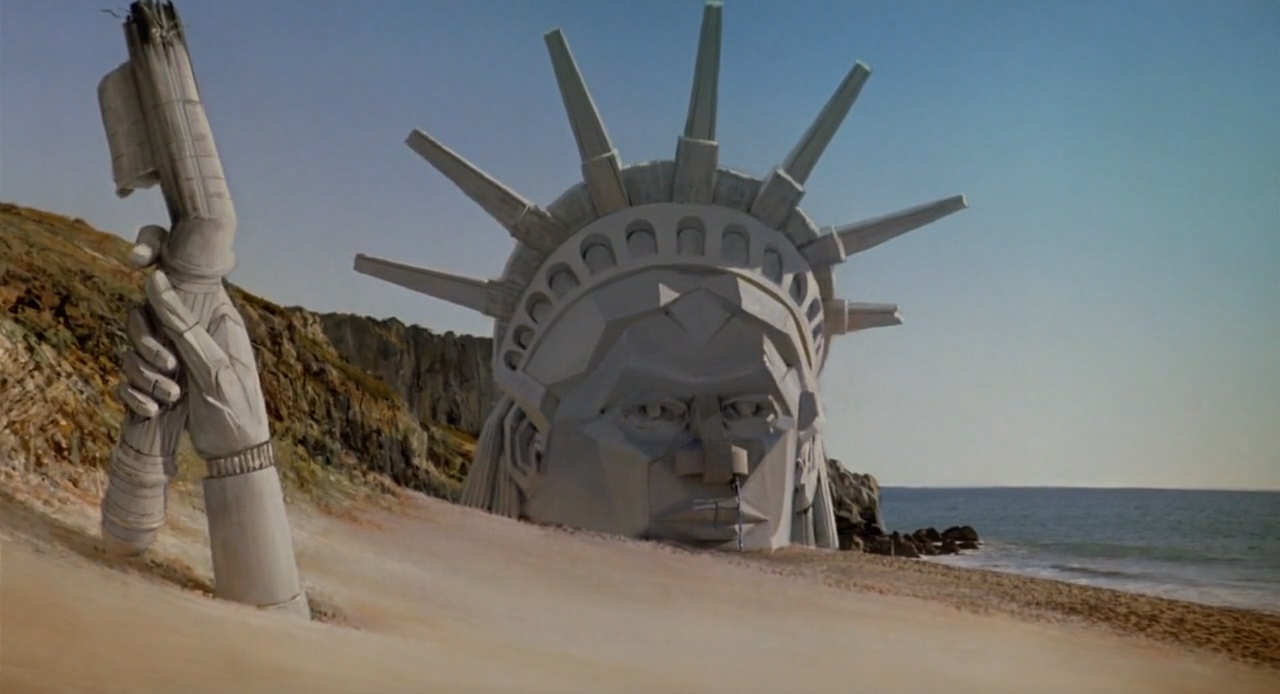 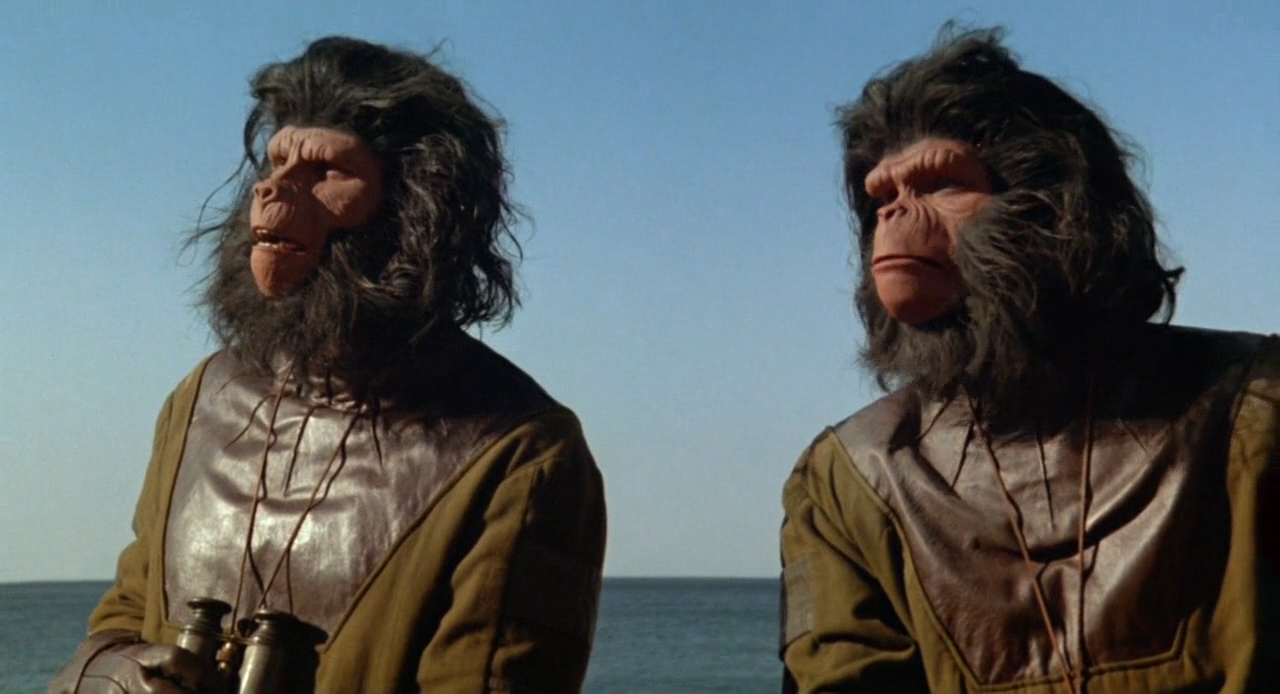 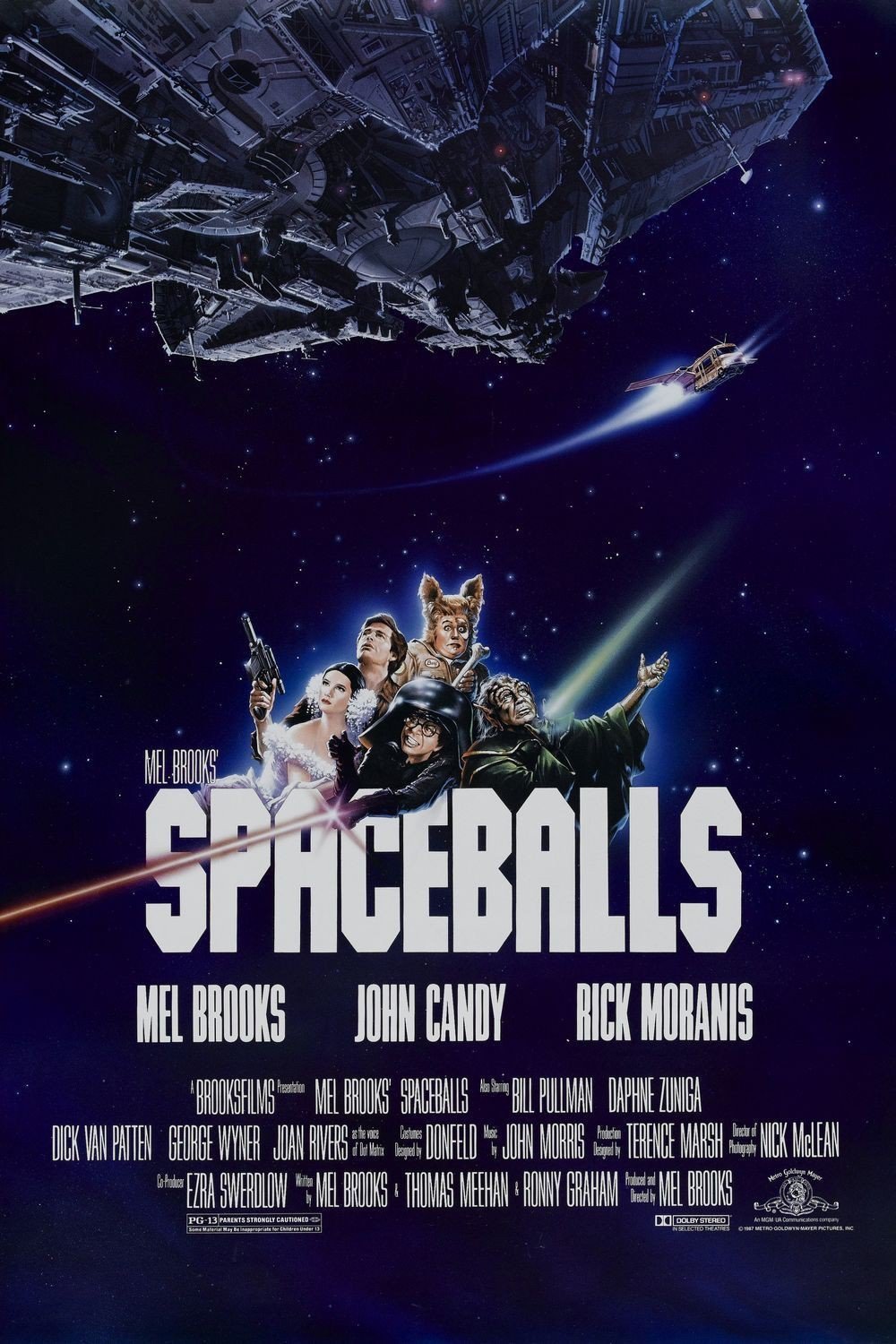