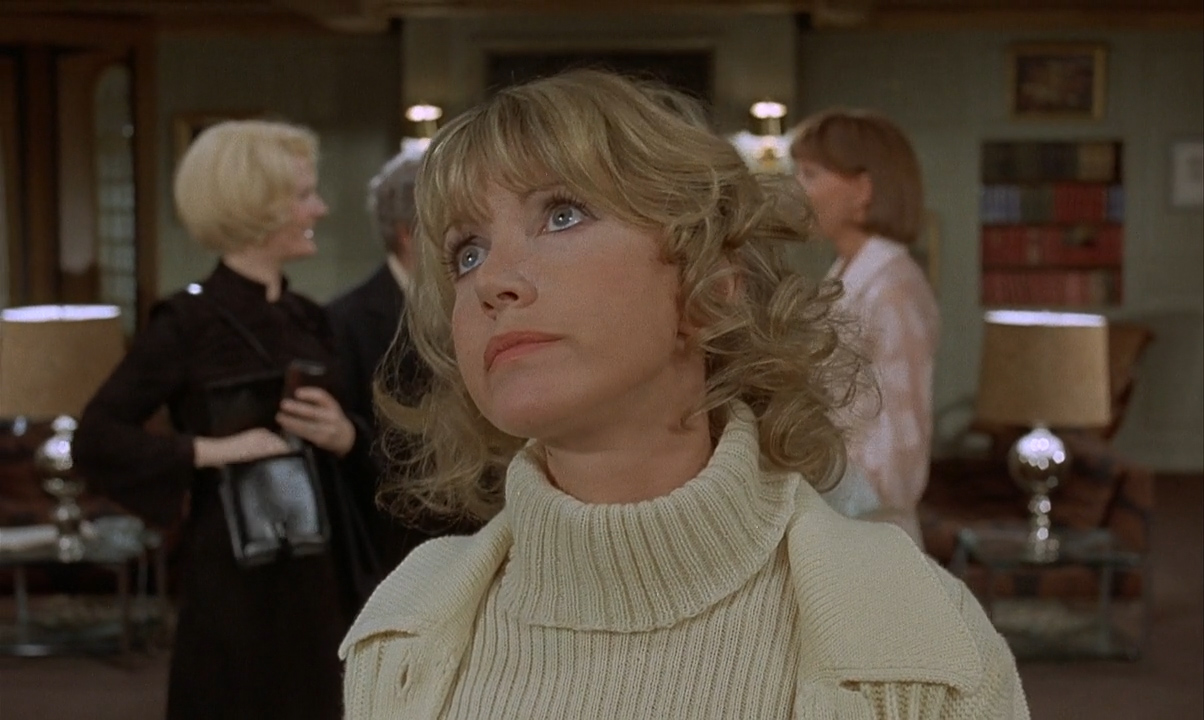 When I was in high school I read a bit about Luis Buñuel and thought of some his plots sounded like the most fantastic practical jokes cinema had ever seen, but watching his films was another matter, and rarely did the concepts that thrilled my juvenile sense of anarchy translate into movies I could comprehend let alone enjoy. Decades later, PopGap has been forcing me to revisit Buñuel, and now I'm enjoying his movies as never before. Like the very different Viridiana a few months ago, The Discreet Charm of the Bourgeoisie was terrific, and has made me hungry to seek out more Buñuel in future lists.

Whereas Viridiana was starkly beautiful with a conventional narrative structure serving as a front for challenging ideas, The Discreet Charm of the Bourgeoisie is so conventionally filmed it could be mistaken at times for a TV soap opera, but has virtually no narrative and is crammed with subversive scenarios so surreal that I'm loathe to even call them ideas, as that seems too confining. Fernando Rey, Paul Frankeur, Delphine Seyrig, Bulle Ogier, Stéphane Audran, and Jean-Pierre Cassel star as six upper-class friends who float through a series of comic, dreamy situations that highlight the absurdity of bourgeois conventions and manners, with some special zingers aimed at religion, the military, governments and revolutionaries.

The Discreet Charm of the Bourgeoisie uses many devices that are now such tropes of surrealist performance that employing them risks instant ridicule: there are dreams, there are dreams within dreams; at one point the characters find themselves on a stage in front of a live audience, and at other times there are jarringly grim violent acts. They all work better here than I've ever seen them work anywhere else. I'm not generally fond of dream logic in movies, but that is principally due to the plodding way dreams are typically presented, with heavy-handed on-the-nose symbolism. Buñuel's touch is so light and elegant, and the performances are so subtle and fun, that my normal bugaboos are never at issue here. I laughed throughout The Discreet Charm of the Bourgeoisie. the many absurd events therein that defy conventional narrative expectations are handled with such a deft comic touch that they play like delightful surprise gags rather than groan-inducing portents of some profound idea.

With Buñuel in this kind of form, trying to figure out a meaning, if any, from his madness is a fun side project, and not required for enjoyment. This is a big factor in why he can venture into obscure conceptual scenes without coming off as a boor, as many intellectual directors do. Although Buñuel has claimed that many scenes in the film are based on his disconnected dreams, there is a consistent tone and point-of-view that is able to lambaste its entitled characters while also maintaining their easy, blithe appeal. Even when they are revealed to be worse than expected, they are genial and polite and good enough company that you might not even mind attending one of their dinner parties, if you can ever work out the correct date and time.

The principal cast is relaxed and natural, as if their characters are participating in a light, naturalistic, and safe Neil Simon farce, which is a just-perfect stylistic counterweight to the bizarre material. The Discreet Charm of the Bourgeoisie has made me want to immediately seek out more works from Ogier, who subtly and hilariously captures the jaded ennui of the privileged class, and Audran, who exudes indifferent but plentiful sex appeal. This may be the most fun surrealist movie I've ever seen.

Trailer for the Discreet Charm of the Bourgeoisie (1972)

Discuss The Discreet Charm of the Bourgeoisie @ Letterboxd 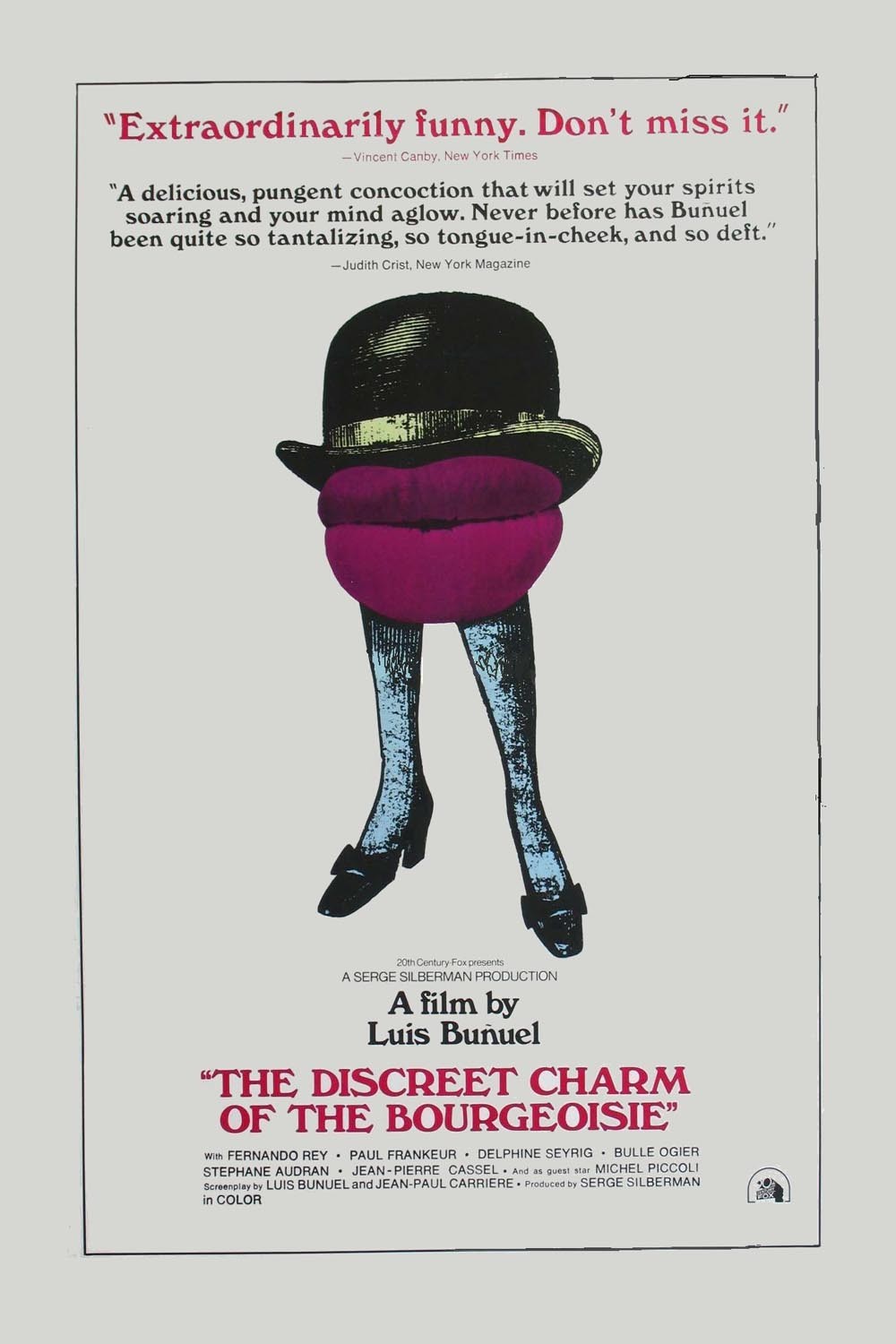