I never had any interest in watching The Sandlot. I was 21 when it was released, so was well outside of either of its split target audiences of 12-year-old boys looking for cheap laughs and 45-year-old men wiping nostalgic tears away from their quivering jowls. I'm also not a fan of baseball; while I've liked several movies about the sport, I don't connect to it emotionally by default, and everything about the broad and sentimental tone of The Sandlot's marketing suggested that it was a Field of Dreams for tweens, which I could do without. My assumptions weren't too far off, but, despite some initial resistance, I did find myself enjoying quite a bit of it (but certainly not all of it).

In the style of The Wonder Years and A Christmas Story, adult Scot wistfully narrates the story of most important summer of his life, using the world "pickle" a few too many times to describe the terrible predicament that signalled his coming-of-age. New in town, young Scotty (Tom Guiry) makes friends with a ragtag gang of kids who play baseball every day at the run-down neighborhood field. They form indelible bonds getting into all kinds of mischief while all the most common songs of the 1960s play on the soundtrack. Then, there's the "pickle" — that word again — which is not entirely unlike a major part of the plot from Risky Business, minus all the prostitutes, and replacing Guido the Killer Pimp with a mythologically fearsome dog known as "The Beast."

For yet another vehicle of treacly, self-obsessed baby boomer nostalgia, The Sandlot is pretty good. Although the characters are paper-thin, the kid actors are decent enough, balancing some pretty bad moments with enough funny bits to keep humming along. the adult cast is flimsy, but largely inconsequential — except for James Earl Jones, in yet another overly sentimental baseball-related role. In fact, as soon as Jones shows up, The Sandlot nose-dives from an only ocassionally annoying memoir into a series of insufferably magical coincidences that are virtually dripping in the gross dog-scented saliva of smug self-satisfaction.

As a comedy, The Sandlot managed enough good laughs to get by, but most were of the familiar "this again" variety, or due to a kid actor barely getting out a preciously precocious jibe. I can see how this movie stands out from the glut of samey "when I was a kid there was a magical summer" bullshit for those who had never seen any of it before, or who also have a tear-stained catalog of vintage baseball cards, but for me, it was just on the good side of OK, and special only insofar as it didn't make me vomit or slip into a diabetic coma. 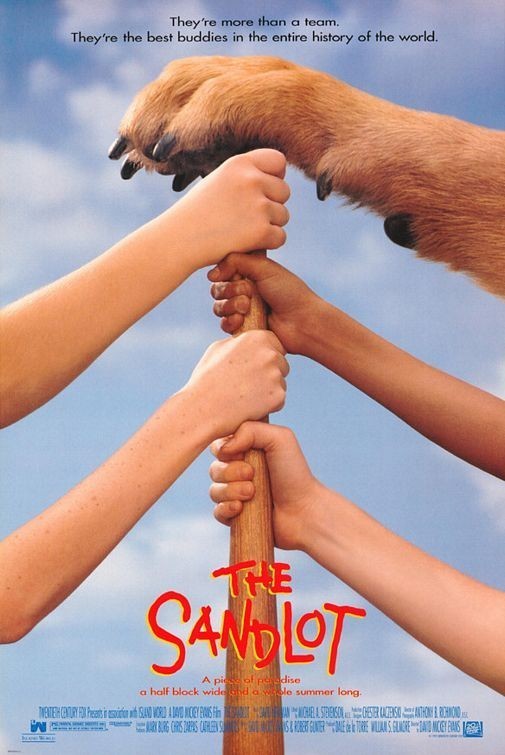