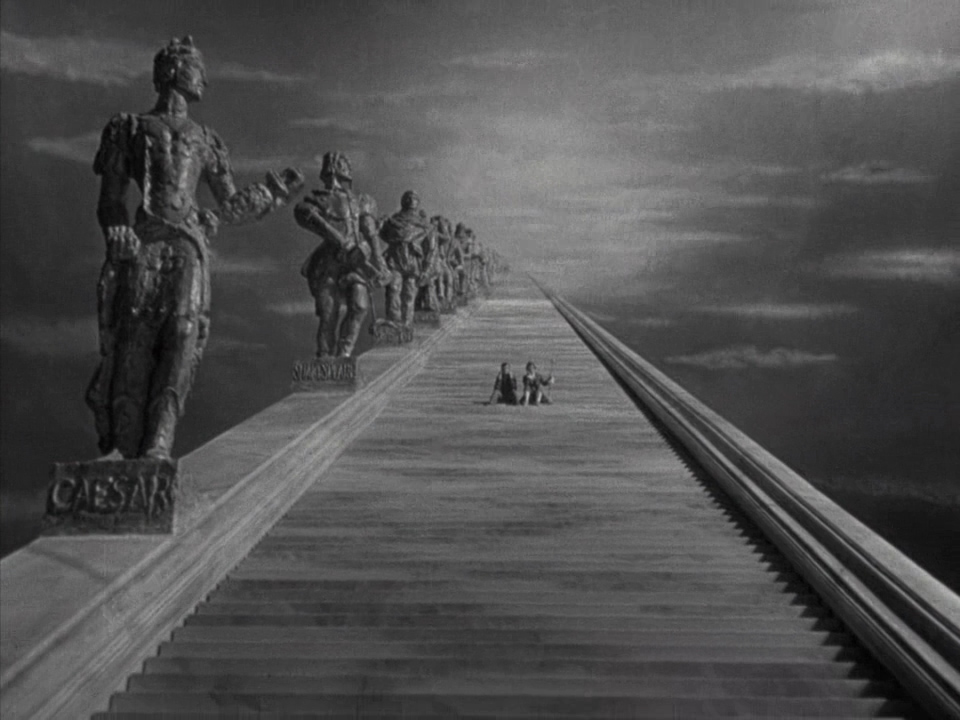 A Matter of Life and Death is my vote for the weirdest entry in Flickchart's Top 250. It's an immaculate and, at times, moving little film, but its oddball plot goes in such unexpected, arcane directions, I would expect Michael Powell's & Emeric Pressburger's metaphysical drama to be languishing in obscurity rather than rubbing the shoulders of posterity with well-known favorites like Bonnie and Clyde, No Country for Old Men and Singin' in the Rain. It's ahead of Singin' in the Rain!

David Niven stars as Peter, a Royal Air Force pilot during WWII who makes radio contact with an operator, June (Kim Hunter), minutes before his irreparably damaged plane is certain to crash and kill him. the two share a dramatic connection during that minute before he signs off as his plane plummets into the fog. Miraculously, Peter survives, he and June meet, and they fall in love. However, things aren't so rosy in heaven, where the failure to collect Peter's soul at his scheduled time of demise is a rare bureaucratic error that must be corrected. If you can imagine one of the Final Destination movies reinvented as a romantic courtroom drama by the team the brought us The Red Shoes, you're only halfway close to comprehending this visionary oddity.

As usual with a Powell/Pressburger joint, A Matter of Life and Death is a stunning visual concept, shifting frequently from the radiant colors of life to astounding sets shot in otherworldly black and white. Joining both Niven and Hunter in delivering superb performances is Roger Livesey (from Colonel Blimp), but, as well, many small parts and extras are exquisitely portrayed and boldly impactful. Marius Goring also features prominently as a character that I found annoying, but it's no fault of the performance.

Narratively, A Matter of Life and Death seems to be headed in a somewhat predictable — yet pleasingly fanciful — direction, pitting science against the supernatural and the power of love against the bonds of time, and it does all come together in the end just how you might expect. the movie's biggest problem, however, is that Powell & Pressburger pose intriguing questions in the first two acts, but never come up with a satisfactory manner of getting their third act from Point A to Point C. the final half-hour is uncharacteristically scattered, full of aborted ideas and unexpected diversions that don't seem fully (or remotely!) relevant to the plot development. There's significant import given to the capturing of one of June's tears, which not only seems like unpersuasive evidence in Peter's case (couldn't tears be produced in any case regarding death?), but is then completely forgotten. the most egregious non sequitur, however, is a lengthy debate about the characteristics of Americans vs. Englishmen, which might have struck a chord in 1946 England, but plays out as a seemingly pointless and belabored dead end.

As a result of its wayward story turns late on, A Matter of Life and Death fizzles out despite its gripping start, unable to fulfill the promise of its ambitious ideas and marvelous production design.

Discuss A Matter of Life and Death @ Letterboxd 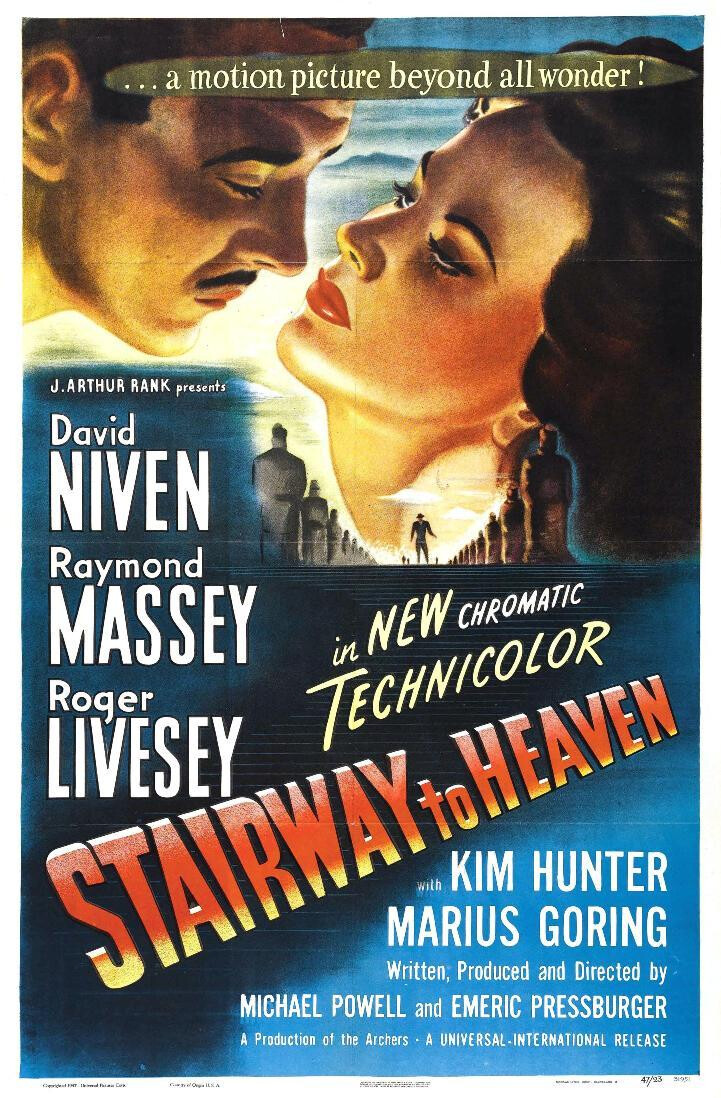