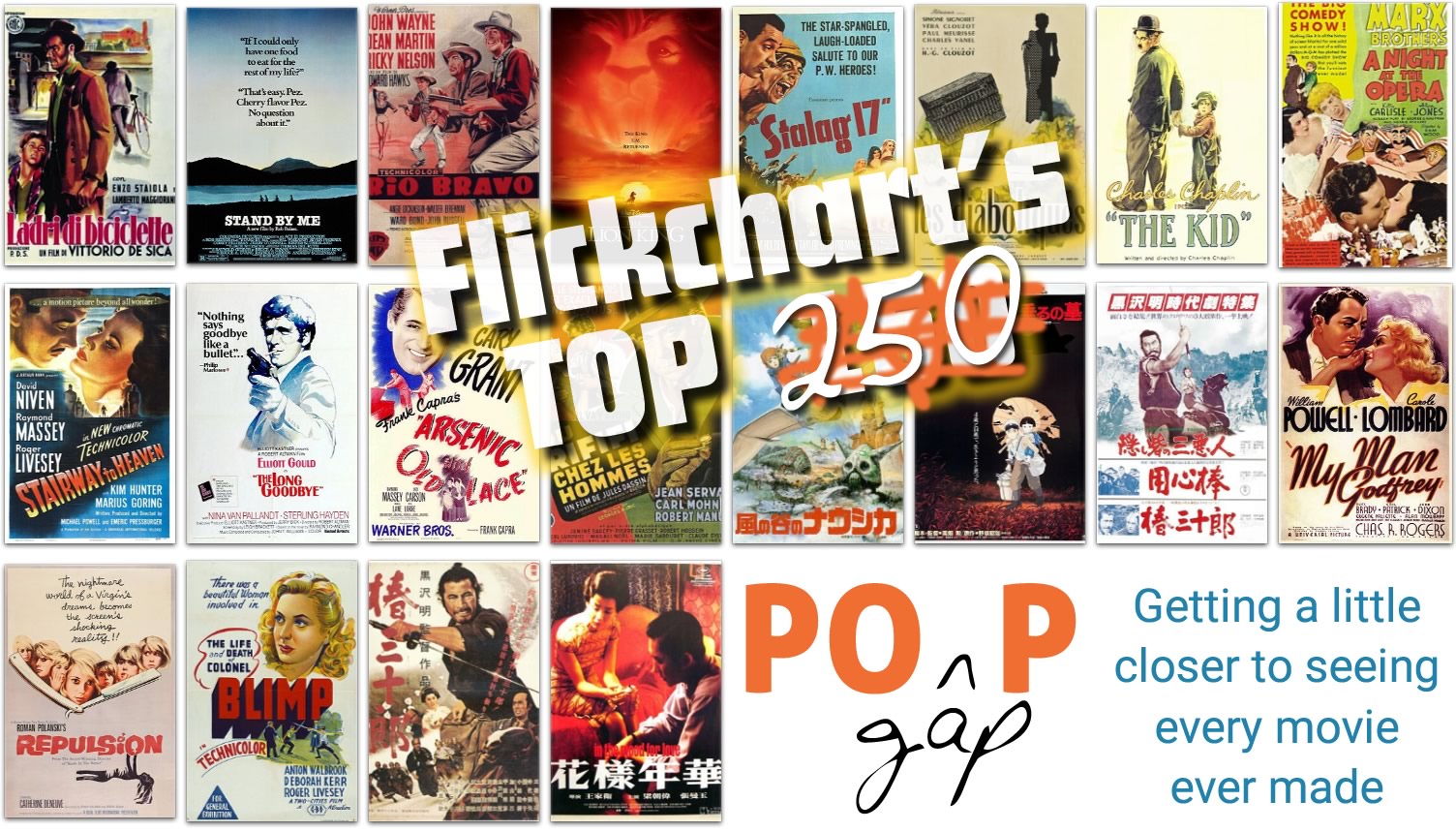 Two months ago, I closed out Flickchart's Top 150, and this month I realized that I am less than 20 movies away from kicking the entire Top 250 to the curb. I've added a couple of Top 150 slackers that I haven't watched in over a decade to make it an even 20.

Flickchart is a movie-ranking website that helps users generate a list of their favorite movies by forcing them to choose favorites from random pairings of movies. It's free to join, and a fun way for list-obsessed data-junkies to feel like they are doing something while actually accomplishing nothing!

Here's what I'll be watching, and how they are currently ranked on Flickchart's global chart.

I've seen 6 of these previously (*), but long, long ago, so I haven't ranked them on my own Flickchart. One of them I've seen parts of several times (**), as my kids love it, but I have not yet summoned the patience to endure it in its entirety.

Another diverse list this month, with a kids' movie that I've avoided partially because of its omnipresence, several classics, a couple more Kurosawas, some highly regarded anime, and another movie by one of my bugaboo directors, Wong Kar Wai.

I'm not looking forward to any of the three animated movies, but I usually come around while watching them. Wong Kar Wai is 0/2 for me, but In the Mood for Love is allegedly his "masterpiece," so I'm hoping to enjoy some great Maggie Chueng, but I'm wary of the director interfereing with that. Rififi is a movie I've wanted to see since catching a trailer for it during college.

Hunting Down the Top 250 Movies