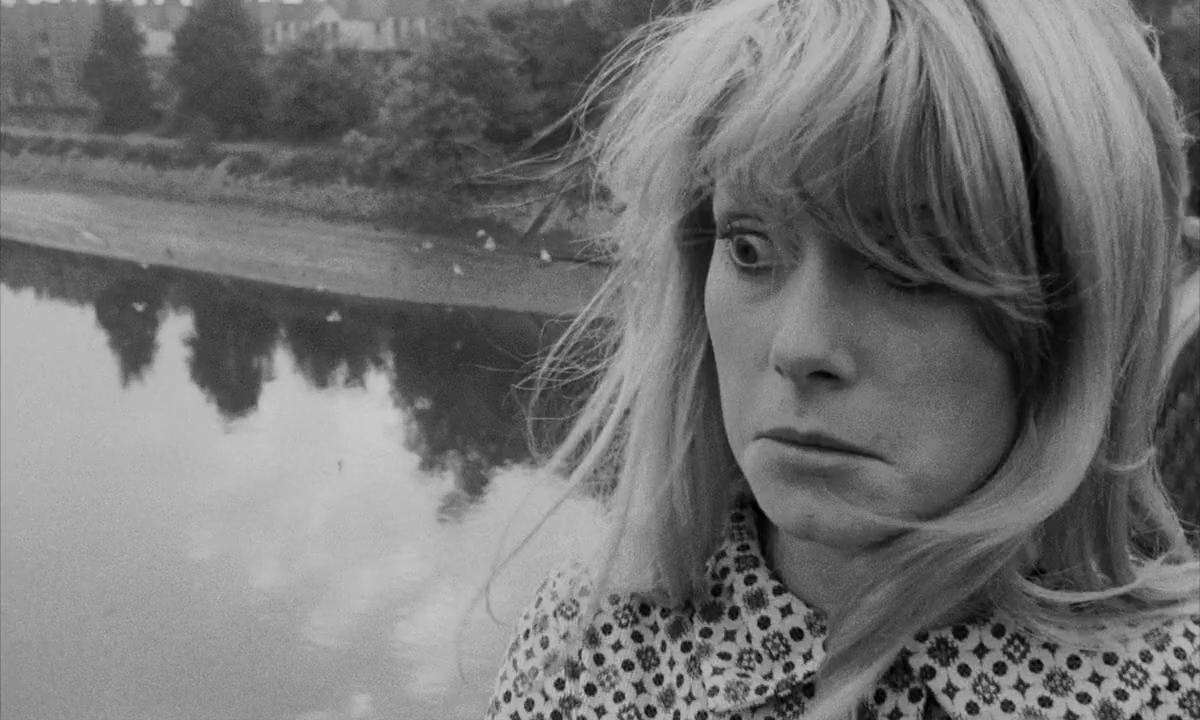 Repulsion was so widely praised by the horror movie books I used to devour as a teen, that I watched it at my first opportunity and was quite let down. It was, I thought then, dull stretches of Catherine Deneuve staring catatonically into space with brief flashes of often imaginary horror. This time I get it. Repulsion is an effective — and necessarily difficult — exploration of a troubled mind bent beyond repair and just waiting to snap.

Carol (Deneuve) is a young Belgian woman living in London with her older sister (Yvonne Furneaux) and working in a beauty salon. Even though both the apartment and salon are spacious, Carol is trapped in the memory of a vile abuse buried deep in her subconscious, and its claustrophobic grip on her tightens with every moment. Even though she still summons occasional flashes of the energy and vitality expected from attractive young adults living in a vibrant city, the presence of men — in particular, men with overt sexual desires — seems to trigger in her increasingly dark and dull moods. When her sister goes away for a week, leaving her all alone in the flat, Carol loses her last consistent anchor to reality, and things go quickly downhill.

Repulsion is the first English-language film from director Roman Polanski, and it's certainly more European art film than it is horror, especially when compared to the middle piece in his informal "apartment trilogy," Rosemary's Baby (1968), which is mainstream 1960s horror at its best. While all three installments are, more or less, an isolated person going paranoid nutso inside an apartment, Repulsion has a lot more in common with The Tenant (1976), only lacking its sly humor. In a way, The Tenant's final half-hour is almost a parody of Repulsion's. Carol's devolution into her final state is rough, raw, and harrowing, which doesn't always make it easy to watch, but it is bracingly captured and Deneuve, who I last saw looking like loveliness personified in The Umbrellas of Cherbourg, is the exact opposite here. Her performance is frayed on all edges while already completely unraveled on the inside.

With Carol so well-realized by Polanski and Deneuve, the only flaw in Repulsion is the writing of one of the major supporting characters, Colin (John Fraser), the young man pursuing her with romantic intent. He's an oddball and inconsistent character, and always in the wrong way. At first, he comes off like a creep, stalking beside Carol without saying a word for an unnaturally long time despite her disinterest; later, when she is clearly in the grip of onset psychosis, he comes off like a caring guy who nevertheless babbles non-stop regardless of her bizarre behavior that screams for immediate intervention. All of the other characters are believable in their casual ignorance of Carol's state, making Colin even more of a sore thumb in this otherwise well-orchestrated psychological nightmare. 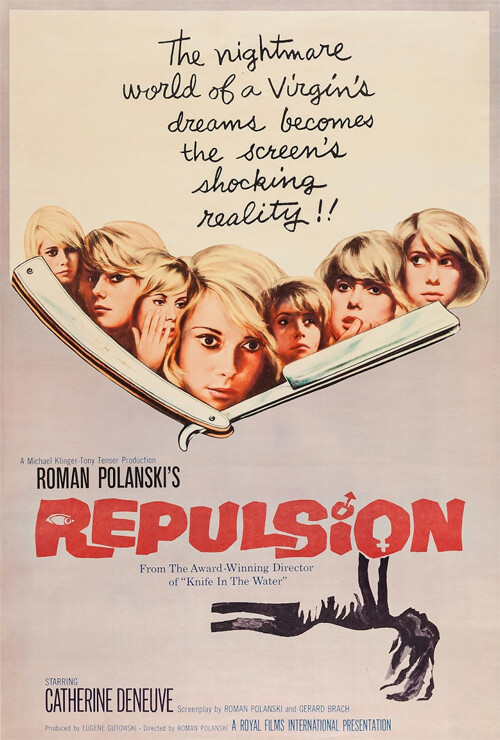