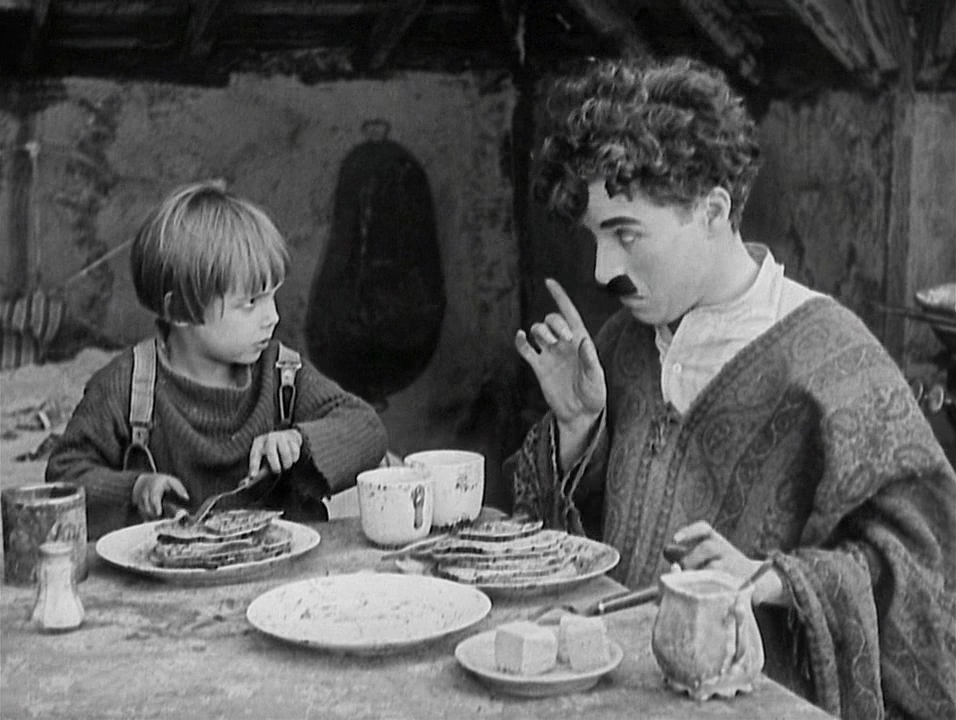 In the great Charlie Chaplin vs. Buster Keaton opinion wars, one of the primary attacks aimed at Chaplin is that he's too sentimental. While there's most definitely an inclination toward melodrama in the later Chaplin productions I've seen — The Gold Rush, City Lights, Modern Times — I've always felt that it was elegant and effective sentiment, well-balanced with the comedy, and one of the bonuses that marginally elevated Chaplin's work over Keaton's for me. I hadn't seen his 1921 short The Kid, which is a big, juicy target for Chaplin critics, as it's almost 100% treacle with very little of the clever humor that has distinguished Chaplin as an early master moviemaker.

Playing his familiar Tramp character, Chaplin comes across an abandoned baby and, after briefly considering dropping him down a storm drain, takes him home and raises him as his own son. Five years later, the authorities find out about this unofficial adoption and attempt to claim the boy (Jackie Coogan) for the local orphan asylum. the boy's birth-mother, now a famous and wealthy singer, also comes looking.

While The Kid is well-produced, there's little sophistication at work in the simple plot, and only dim flashes of Chaplin's special comedic genius — and those mostly in a strange dream sequence near the very end. Instead, Chaplin gives us several shots of the cute kid, relishing the more heartbreaking moments of Coogan's performance. At less than an hour in length, The Kid doesn't overstay its welcome, but it's also so slight that I feel it doesn't even deserve mention alongside the inventive Chaplin classics that would follow. 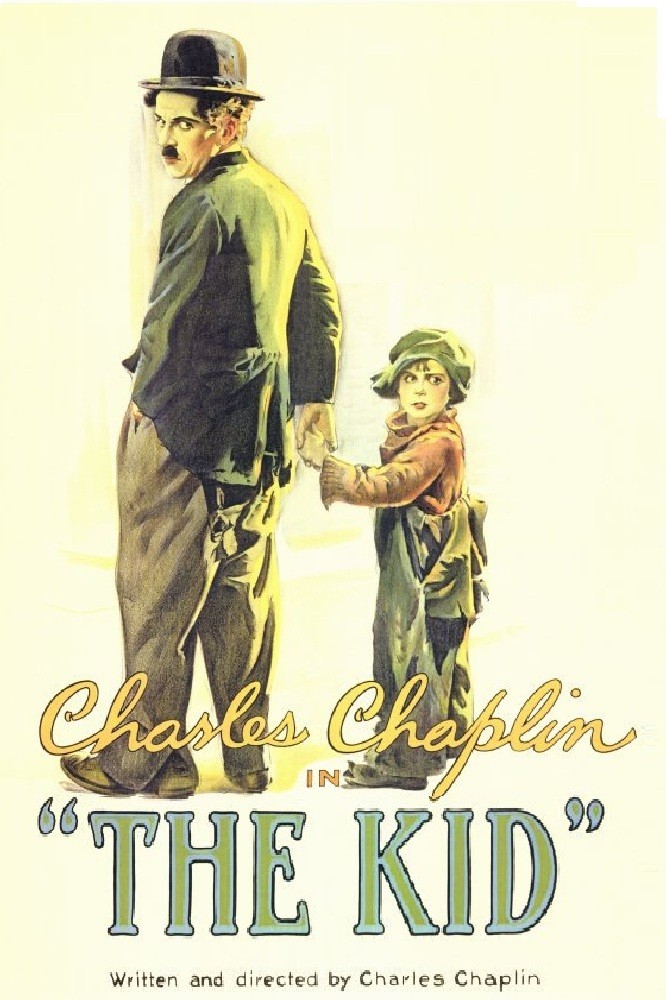