It shouldn't be surprising that my general problems with most classic film noir carry over to into the often intersecting genre of private eye movies. I most like watching movies about characters who care about something, and the archetypal detective usually strikes a pose of disdainful unflappability about everything, which is cool for a scene or two but bores me if taken too far. the version of Philip Marlowe played by Elliot Gould in Robert Altman's The Long Goodbye replaces typical hard-nosed cynicism with a California shrug. His mantra is the easy going "It's OK with me," which is a refreshing hippie twist on the cliche, but it doesn't address my peculiar issue, merely replacing one form of detachment with another.

The Long Goodbye's Marlowe is casual and disheveled, taking it easy in his stylish tower apartment next door to a bevy of mostly naked new-age starlets. Rather than having his life under tight control, however, he's so out of it, he struggles to feed his cat. When his close friend Terry (Jim Bouton) shows up in the middle of the night and asks Marlowe for an emergency getaway drive to Mexico, he complies without question; but as soon as he returns he's besieged on both sides by cops and gangsters "asking" questions about money and murder. Unwittingly entangled in the mess Terry left behind, Marlowe looks for his own answers inside an exclusive Malibu beach community.

I love how Vilmos Zsigmond's cinematography perfectly captures the drug-hazed, half-glamorous, half-seamy essence of early 1970s Los Angeles. the visual style of The Long Goodbye is so effective, that it compensates fairly well for the movie's shortcomings. Altman's solipsistic improvisational style is hit-and-miss, and he seems to sometimes get lost in his milieu, which works better with his less-plot driven movies but makes this one stutter and trip when it should lurch forward. Altman's satire of hard-drinking, spaced out and dead-inside artists, writers and Hollywood hangers-on hits some targets, but instead of the incisive ruthlessness he would employ two decades later in The Player, The Long Goodbye gets stolen by a bombastic performance by Sterling Hayden that is fun to watch but is mostly a distraction.

I'd seen The Long Goodbye twice previously but remembered very little about it. the mystery itself is not very engaging and Gould's incessant mumbling has a sleepy quality to it that not only dulls the senses but also veers into crazy street-person territory on a couple of occasions. Like Marlowe, The Long Goodbye is a bit messy and unfocused, but snaps into a neat relief at the end as the detective finally makes his reluctant involvement in the case matter, but it's a late save that just barely pulls the movie together. 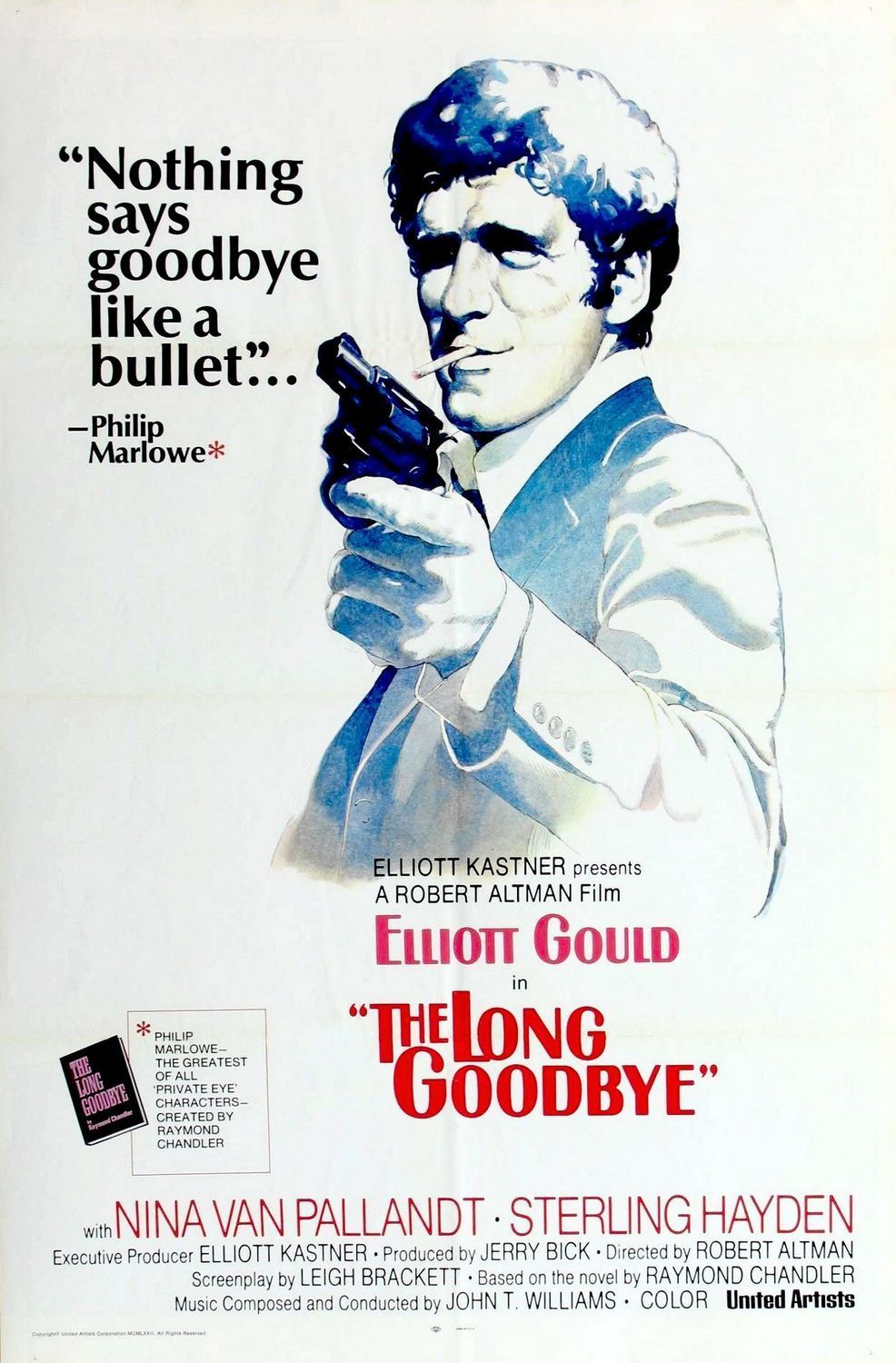