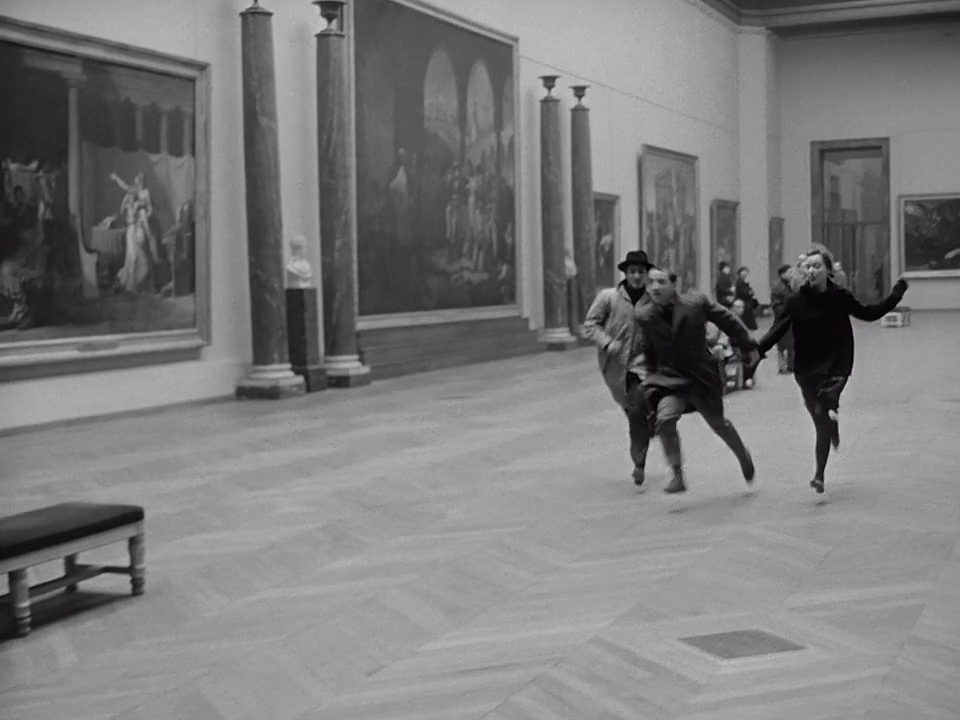 Even though I've moderately appreciated what I've seen from Jean Luc-Godard's early "cinematic period" — Breathless and Pierrot le fou, both in college film courses more than 20 years ago — I didn't respond to his work in a way that inspired me to watch more of it. Most of the formal innovations he introduced during the 1960s had been so thoroughly assimilated into mainstream cinema by the time I was introduced to him, that his previously groundbreaking movies seemed only mildly quirky and not very sophisticated with regard to narrative (or representation of women). Watching Band of Outsiders this month just might have inspired me to revisit that period of Godard's career, which certainly contains several more unique expressions of his challenging but engaging sensibility.

Undeniably influential — especially on the glut of ironic and/or morally indifferent indie crime movies that coagulated in the 1990s — Band of Outsiders (a.k.a. Bande à part) stars Claude Brasseur and Sami Frey as a pair of young tools who convince the naive Odile (Anna Karina) to assist them in a robbery. While the awkward Franz (Frey) is in love with Odile, she is enamored with Arthur (Brasseur), whose sociopathic indifference she mistakes for "cool." As they plot their crime, the three students flirt, goof around, stare into space, and moodily ruminate on the state of humanity. When the time comes to put their plan into action, very little of what happens conforms to their juvenile romantic fantasies — or does it?

Working under the embarrassingly audacious nickname "JeanLuc Cinéma Godard," the director brings a neat playfulness to Band of Outsiders that can only be described as proto-twee. There's wry humor, a delicate attention to little moments, and the fresh, youthful exhilaration that comes from filmmaking unrestrained by codes of structure — but still, importantly, enamored with classic narrative. Unlike his later works of total (and often unwatchable) deconstruction, Godard in the 1960s was deeply in love with movies, and found a special alchemy in filtering that through his rebellious spirit. Watching Band of Outsiders reminded me of having a similarly visceral response to Breathless two-and-a-half decades ago, despite its sometimes noxiously antiheroic characters.

Band of Outsiders has similar challenges of empathy. Its protagonists would be precocious, if they didn't look 15 years older than they act, but Godard depicts them with a breezy, existentialist tone that keeps their immaturity — and deep-seated narcissism — from becoming repellent. I suspect that without the captivating Karina, Band of Outsiders might have been unbearable, and in early scenes Godard knowingly relies too heavily on close-ups of her coquettish glances. By the climax, however, Odile — and her plight precipitated by her horrible taste in men and utter lack of agency — is the emotional core of the film, even as she is revealed to be ultimately no better or more serious than the creeps with whom she hangs.

Fans of European art movies from prior to 1990 must constantly deal with retrograde depictions of women, and there can be a kind of charm to Old World sexism, especially when the director seems to have some self-awareness in this regard. I'm not sure this is part of Godard's toolset, at least not at this point in his career. Like the end of Breathless, Odile represents a very hip brand of French misogyny, a kind of non-scheming femme fatale whose very nature is to look fetching, take unfathomable orders from undeserving men, get smacked around, and yet still coast out OK, oblivious to how her own passivity endangers her. I didn't feel like this was intentional commentary from Godard, but rather just a new, freer expression of the same old mixed contempt, admiration and ignorance many men have for these peculiar female "creatures."

I have a mix of feelings about Band of Outsiders, but being provocative and charming while tiptoeing the edge of obnoxiousness is an arresting combination, and while I can't say I love it as much as faithx5, who ranks it as her 4th favorite movie on Flickchart, I'm glad I watched it, and it's made me want to revisit Breathless and Pierrot le fou, and maybe even finally pull the trigger on Weekend, Alphaville and others. 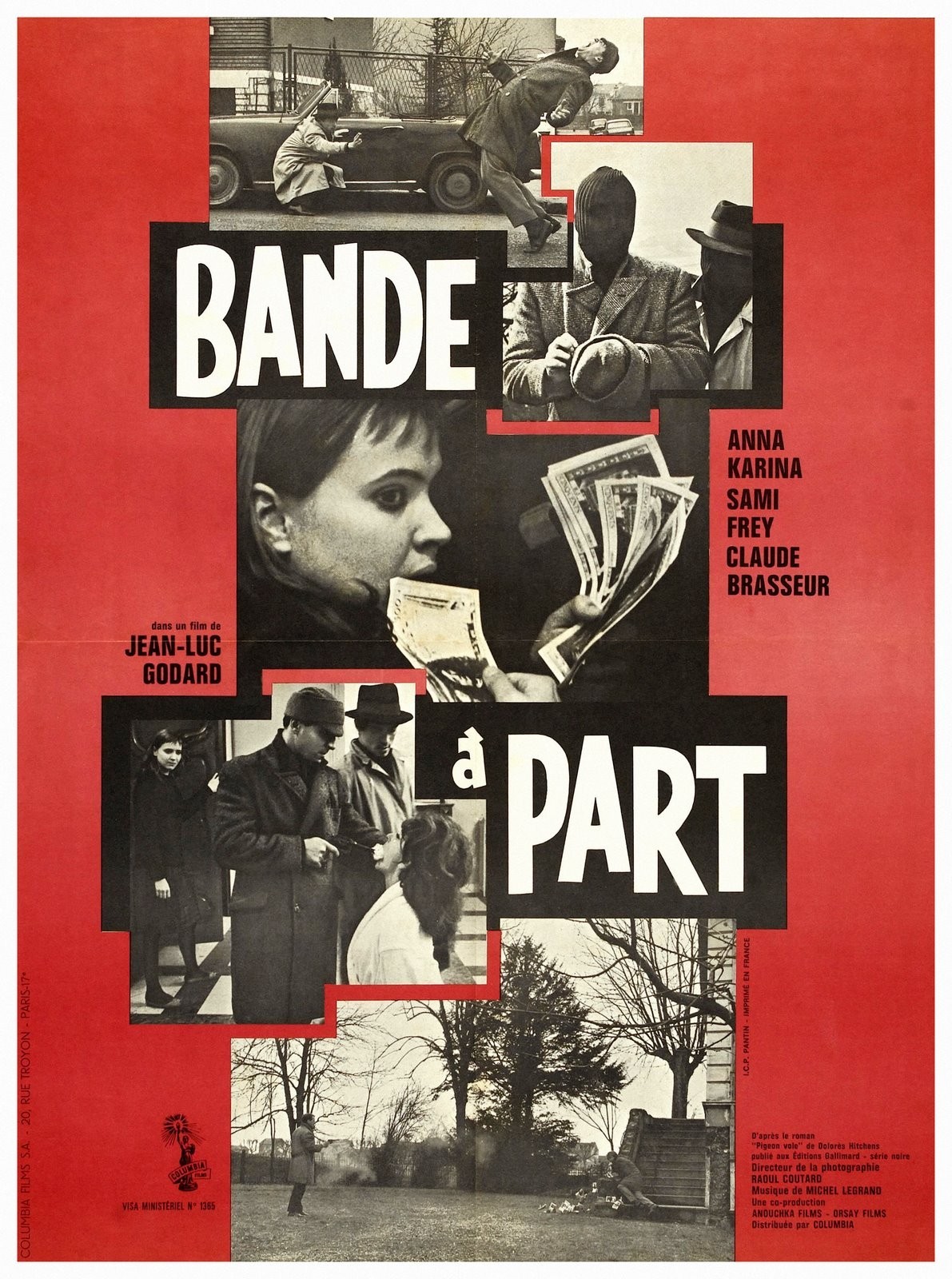