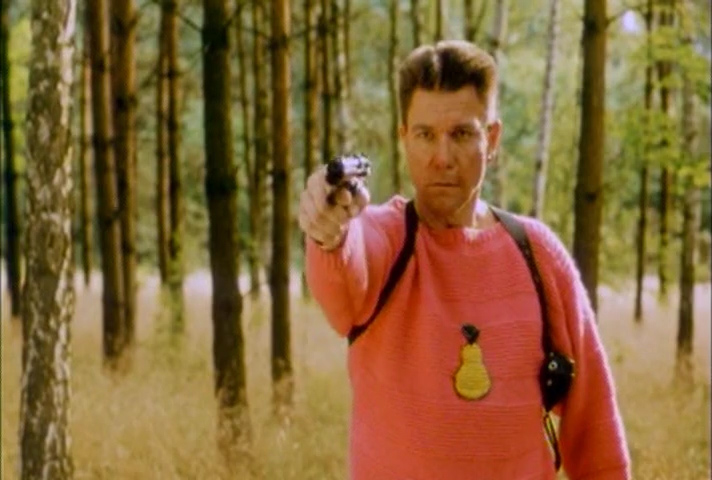 Boys Don't Cry is one of three movies on this month's list that I had never heard of prior to culling my top unseen titles from my fellow Flickcharter's charts. of course, I've seen Kimberley Pierce's 1999 movie of the same name, for which Hilary Swank won her Best Actress Oscar, but this Polish crime comedy from the following year (a.k.a. Chlopaki nie placza) is substantially funnier. While it didn't resonate with me as strongly as it seems to have done within its home country, it has some decent laughs and a sweet charm you don't often find in its genre.

Clearly influenced by the wellspring of darkly comedic gangster movies that fountained in the 1990s — uncorked by Quentin Tarantino's emergence early in the decade and sweetened by Guy Ritchie at its median — Boys Don't Cry leans heavily on the comedy. With intersecting stories of various misfits caught up in an underworld-deal-gone wrong, Boys Don't Cry uses broad stereotypes to satirize contemporary culture while also getting somewhat serious about accepting or rejecting one's assumed role in life.

Even though the subtitles on the DVD I watched weren't always comprehensible, and there were definitely some recurring gags that failed to leap the culture gap, Mikolaj Korzynski's screenplay for Boys Don't Cry displays solid wit and a neat knack for finding appealingly off-beat angles on overplayed characters. I can't say I was as impressed with Olaf Lubaszenko's direction; I found the look of the movie quite pedestrian, with the rare moments of style limited to uninspired dutch angles, and the potentially better cast was so consistently below the level of the material it suggests a lack of finesse from the top down. However, Miroslaw Zbrojewicz stands out as Grucha, in the "Vinnie Jones" role of a taciturn enforcer subjected to constant abuse from his arrogant boss. Even though he seems peripheral at first, Grucha's expanding role provides not only the strongest moments in the movie, but also its most rewarding laughs and even a surprising sweetness, mostly thanks to Zbrojewicz's performance.

Flickchart user Donegan, who I suspect might be Polish, ranks Boys Don't Cry at #4 on his Flickchart, possibly combining his predilection for quirky crime/action movies with an enthusiastic dose of national pride. While appreciated the intent of Chlopaki nie placza, it's not in one of my favorite genres to begin with — see my review of Guy Ritchie's Snatch — and lacking a natural affection for (or even a basic knowledge of) mainstream Polish movies, it only mustered a ranking of 1912 on my own chart (in the low 3/5 star range of a chart which skews positive), denting Donegan's compatibility score from 886 to 937. 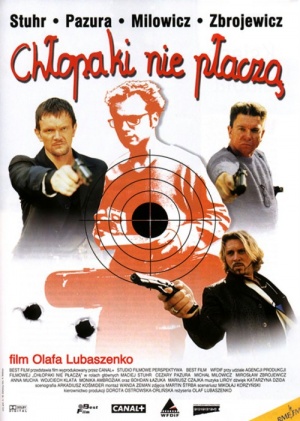