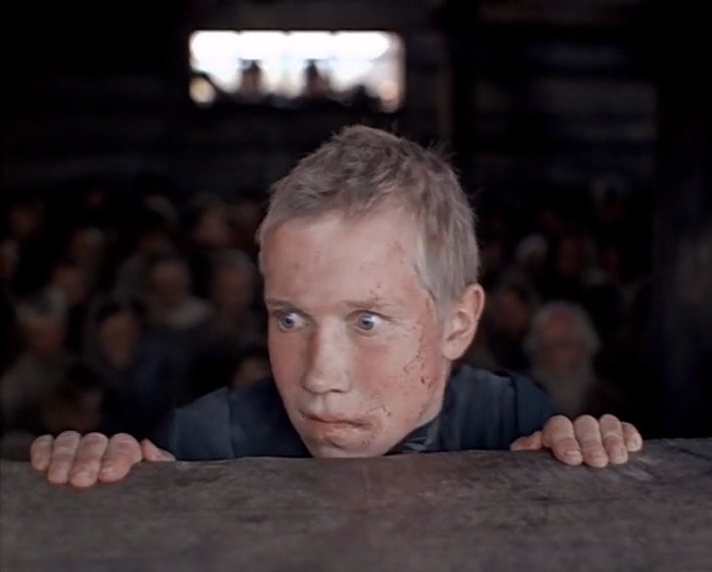 I was braced for a tough watch with Come and See, which I had heard was notorious for its grim treatment of realistic wartime horrors. It was even included on a "Ghoul Summer" episode of the podcast Junk Food Dinner, which is when that show highlights some truly nauseating sounding movies. This mental preparation may have lessened the movie's impact a little, for while Come and See does broach some unstomachable crimes, it doesn't do so graphically. In fact, its climactic scene perturbed me for different reasons, but I was still captured by the raw visual poetry of many scenes in the film.

Come and See (a.k.a. Idi i smotri) follows the unfortunate adventures of Flyora (Aleksey Kravchenko), an adolescent boy eager to join a local militia that has formed in the forest of Byelorussia to fend off the occupying German army in 1943. When he finds a rifle buried in the sand of former battlefield, they allow him to stand guard at their camp, but he's left behind when it's time for the troops to move out and see some action. Distraught, Flyora sets off on his own — meeting various companions along the way, including Glasha (Olga Mironova), a girl his age with whom he shares his last fleeting moments of youthful innocence — and encounters one instance of savagery after another as the Germans close in on a nearby town. Come and See has been labeled as a powerful anti-war statement, but that doesn't seem accurate; at the very end, at least, it seems to support war as a necessary defense against genocide. Rather, director Elem Klimov seems to be examining how easily some people allow themselves to become monsters during times of strife, and it takes every last ounce of resolve for Flyora to maintain his humanity throughout it all.

Some of Come and See's best moments are are also its most flawed. the film is both slowly paced and incredibly indulgent, resulting in several scenes that are unforgettable partially because they capture the haunting essence of desperation, and partially because they seem to go on forever. One of the key sequences in the film is Flyora's and Glasha's marathon trudge through a literal quagmire; after they finally make it through the muddy morass, slogging, splashing and thrashing until they reach land, they are completely covered in its filth, and it seems to drive Flyora temporarily insane. While Klimov's fixation on some ideas, like this one, drag on into the territory of diminishing returns, even that works as an extension of the metaphor for Flyora's inescapable endurance of the war. Likewise, there may be some artistic rationalization for the excessive-to-redundant nature of the Germans' hideous murder of an entire village, as they continue to pump bullets and firebombs into a building already engulfed in flames to the point that there is little question of any survivors, but it goes on for another five minutes. It can be fairly argued that Come and See may have been even more impactful and provocative had some of these scenes been trimmed short of their sometimes absurd lengths, but there is no doubting that Klimov's vision is effective, and his motif of shooting silent close-ups of characters gazing directly into the camera for unnaturally long takes at narrative intervals is intentionally confrontational and revealing, especially given how drastically Flyora's appearance degrades with each new round of trauma.

I had to dig down to #27 to find Come and See on Celldweller7's Flickchart, but given the roster of mostly beautiful, diverse and challenging movies I had seen from higher on his list, I had little doubt it would be interesting if not better. My ranking of Come and See at #495 on my chart has boosted his Compatibility Score by 17 points, from 799 to 782. 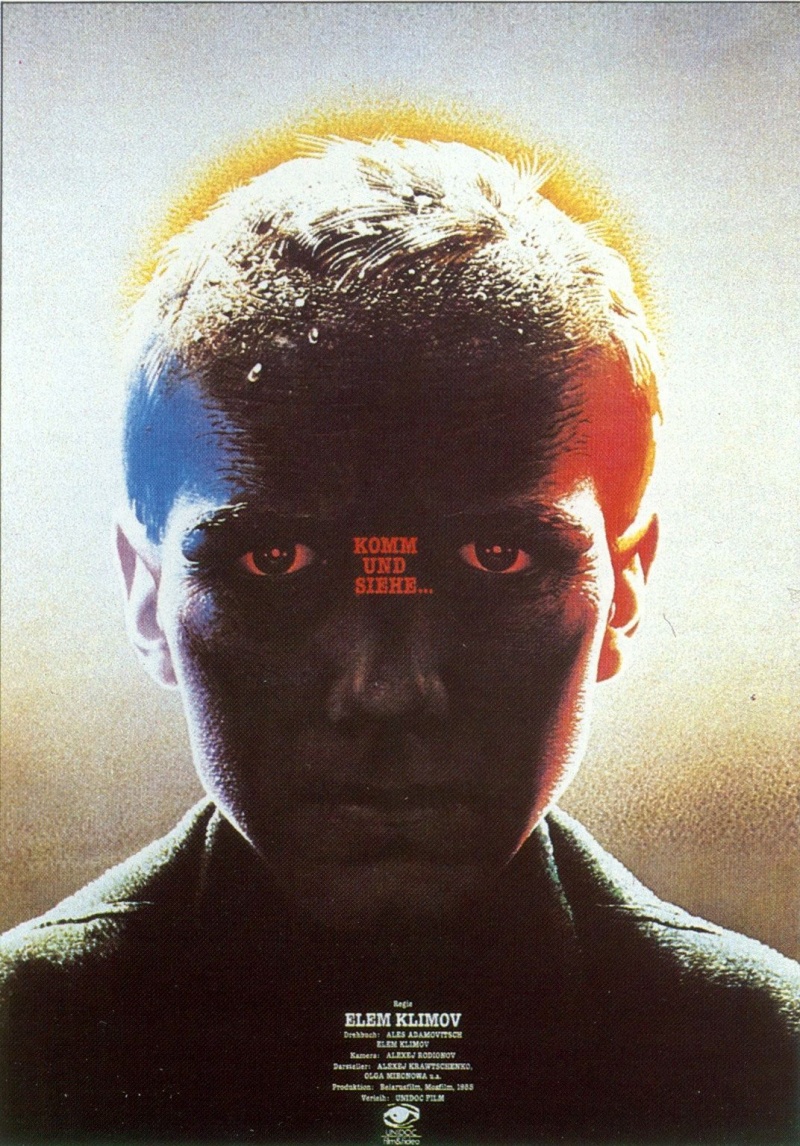