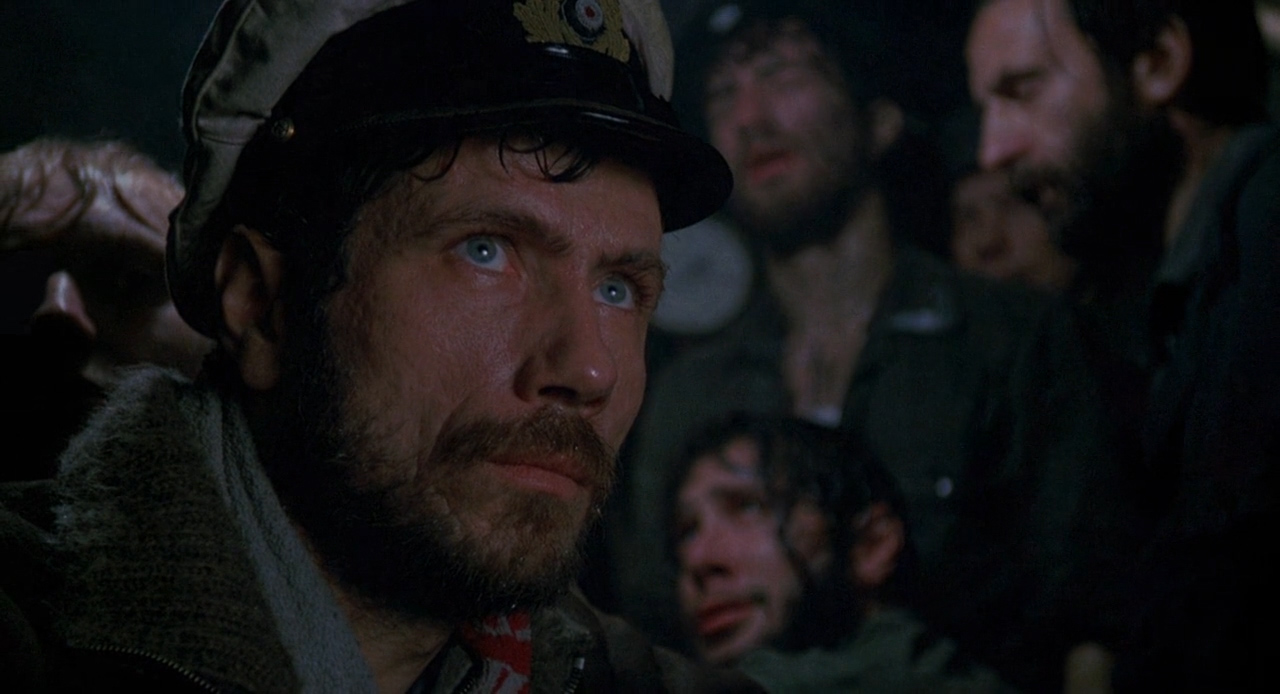 Although I'm pretty sure I watched the shorter two-and-a-half hour theatrical cut of Das Boot 25 years ago, after an influential high school friend lambasted me for not having seen it, all I hazily recall is some guys hanging out on a boat — which, honestly, is also all I can remember from Crimson Tide, The Hunt for Red October and U-571. Movies about guys on boats tend to melt shapelessly into a vague memory of various pipes, valves, flashing red lights, and walls of knobs and switches. It's obviously not a genre which inspires my rapt devotion. However, I doubt I'll have any trouble distinguishing Das Boot from the others in the future: the 209-minute director's cut is a masterpiece of minimalist suspense and a deeply moving testament to the shared humanity of all soldiers.

Jürgen Prochnow stars as the captain of a German u-boat patrolling the Atlantic Ocean in the fall of 1941. While neither a warmonger nor a zealous partisan, the Captain is nevertheless proud of both his position and vessel and, even though he has concerns about his young crew and the ascending fortunes of the British navy, is eager to put his ship into action. Given its nearly 4-hour running time, not a lot actually happens in Das Boot, but what does happen is dwelt on in such prolonged and effective detail that the audience practically assumes the role of crew member, feeling the claustrophobic clutter of the U96's cramped interior, the communal sweat (and other things) of so many men living in such tight quarters, the adrenaline and terror of battle, and the resilience of men against the spectre of doom.

Prochnow is a revelation, giving such a calm and self-assured performance that the most minute change of expression effectively conjures fear, relief, despair or reassurance. In a career that has consisted mostly of schlocky roles in b-movies, or worse, he is stunningly commanding in Das Boot. Likewise, director Wolfgang Petersen has never displayed the same cool, quiet control of his material as he does here. Without ever indulging in melodrama or sensationalism, or compromising his story for cheap effect, Peterson handles this epic adventure with incredible intimacy, deliberately ratcheting up the humanity of his characters in pace with the tension of their circumstances, resulting in a resounding cumulative impact. Musician Herbert Grönemeyer leads a supporting cast so perfect I will assume that they are all real-life sailors whose natural performances require no praise. Based on the novel by Lothar-Günther Buchheim.

Das Boot was the top-ranked movie that I hadn't seen on two of the Flickcharts I surveyed for November's list. Harlequin68, who ranks it at #14, had a fairly high compatibility score amongst November's group, and my shared appreciation of Das Boot improved his score from 688 to 671. Emerwin, on the other hand, piggybacked into this month's list despite a score below the qualifying level, by having Das Boot ranked as his favorite movie of all time. You'd think that my extremely high ranking of Das Boot at #108 on my chart would have given him a huge score boost, but other changes to his Top 20 (swapping out The Princess Bride for Michael Bay's Bad Boys?) not only negated Das Boot's impact, but sunk his score even further, from 1322 to 1373. 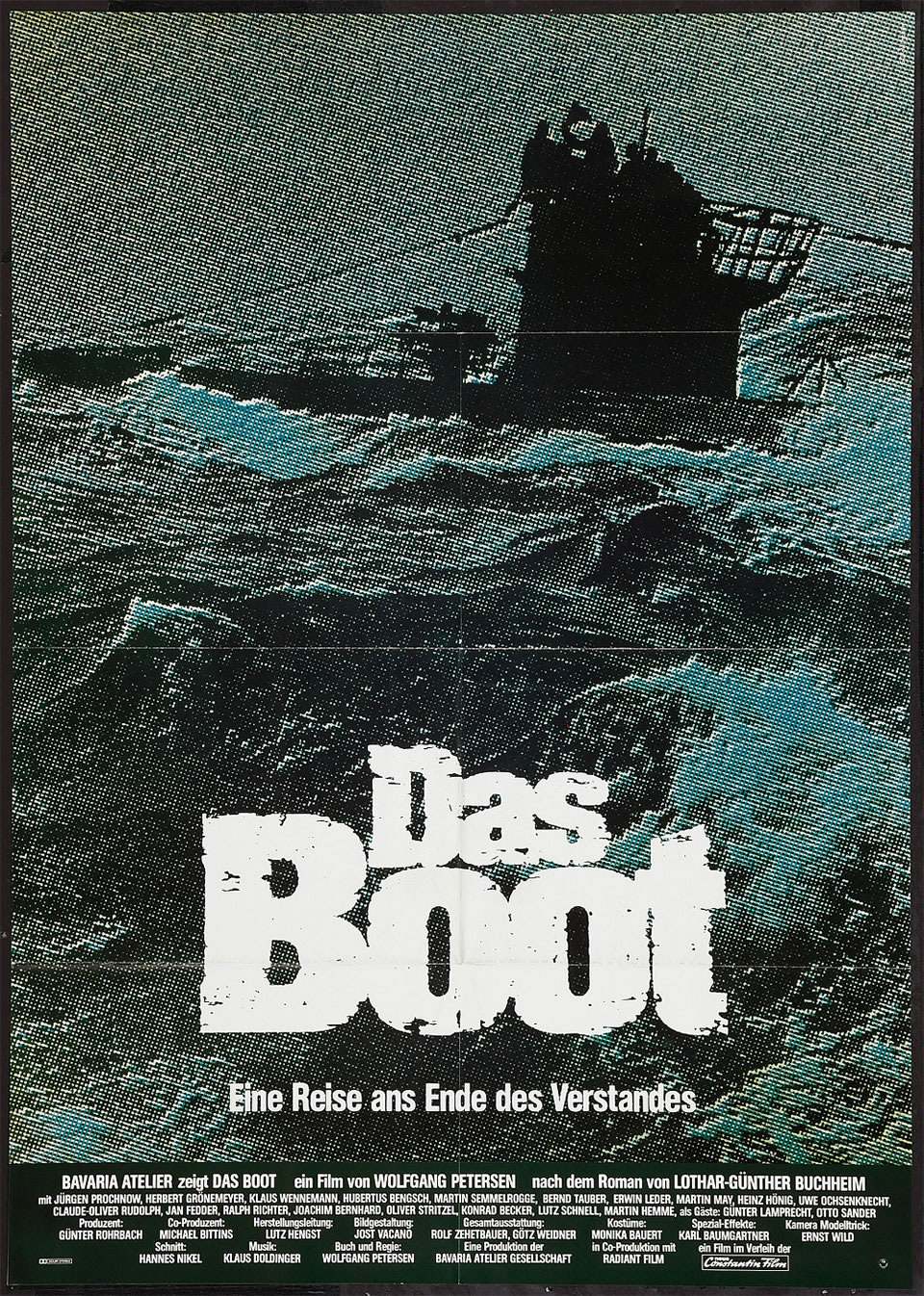