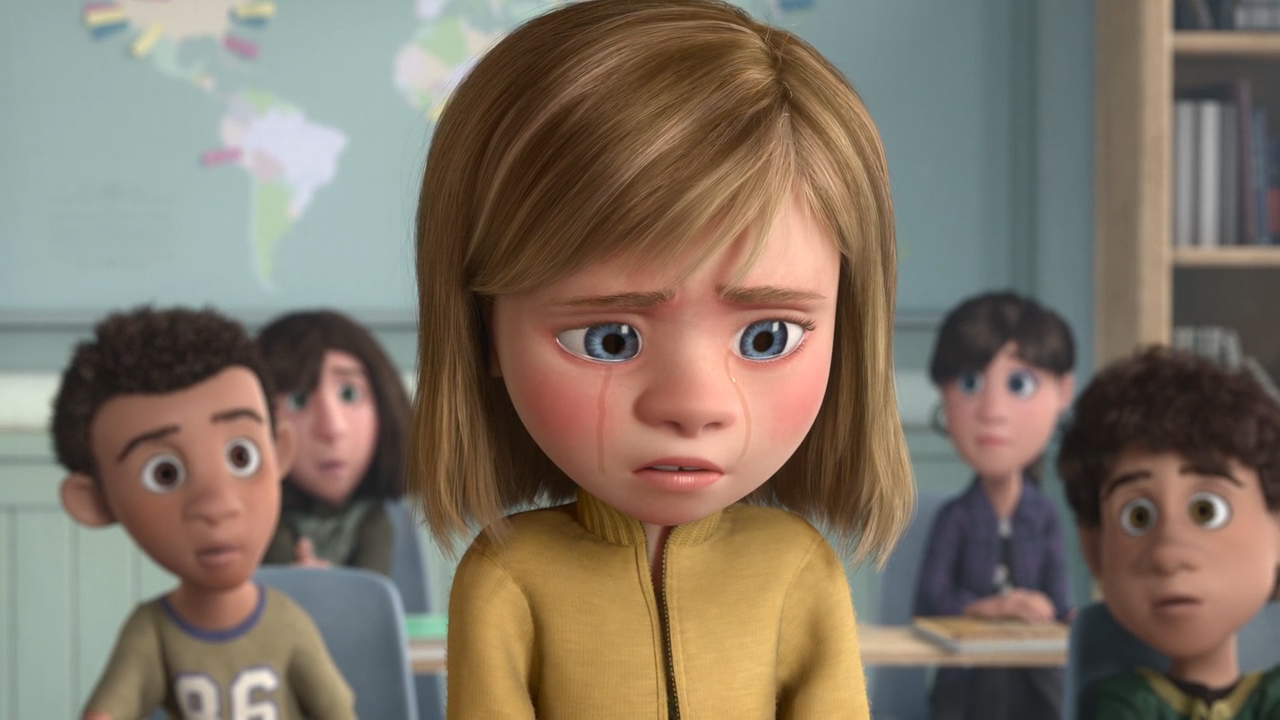 Maybe the hype did me in on Pixar's Inside Out. I'm not the biggest fan of animation to begin with, although I appreciate Pixar's craftsmanship and especially their attention to sophisticated storytelling, which is what I find lacking in most kid-oriented movies. Although many have been declaring Inside Out as among this dependable company's greatest achievements, I thought it was surprisingly slipshod by their usual standards, despite an ambitious concept and a typically engaging opening.

Inside Out purports to examine the emotional operations of an 11-year-old girl (Kaitlyn Dias) as she adjusts to the upheaval of her family moving from Minneapolis to San Francisco. Modulating her reactions to the series of new conflicts she encounters are figures representing the core emotions of Joy (Amy Poehler), Sadness (Phyllis Smith), Fear (Bill Hader), Disgust (Mindy Kaling) and Anger (Lewis Black). So far so good, and although director Pete Docter's realization of emotional activity looks like something out of a generic Nickelodeon show, the human scenes more than make up for it, with visually interesting and emotionally complex characters. Where Inside Out lost me was the entire middle, when the emotions began engaging in unhinged slapstick hijinks, leading to Joy and Sadness getting lost in the recesses of Riley's brain and desperate to return to their control center before she commits to a fateful decision. Although Inside Out ends poignantly, the entire second act was dull, disposable, and constantly suggesting provocative implications far beyond the movie's conventional formula.

The entire Joy and Sadness quest was problematic for me, both on a conceptual level and in simple narrative terms. Taken at face value, Inside Out presents human emotions as individual, flawed and willful entities randomly controlling what are essentially giant dumb meat puppets, which offers as much substantial insight as a microscopic Martin Short forcing Dennis Quaid to sneeze. In this scenario, Inside Out attempts to depict a very serious mental breakdown as a goofy adventure. Is a scene in which two core emotions, through their own incompetence, are in danger of disappearing forever into a mental abyss the stuff of a hilarious family fare or is a tween girl on the verge of transforming into an irreparably damaged sociopath? That the movie even raises this as a potential issue and completely ignores it reveals an utter lack of attention to their own concept.

The more logical way to interpret Inside Out would be to reverse its premise, viewing the broadly comical activities of the emotions as manifestations of the brain's imperfect coping with combinations of sensory input and biological chemistry. That is, Riley doesn't go into a funk because Joy and Sadness are klutzy mis-handlers of precious memory balls, but, rather, Joy and Sadness dysfunction so badly because Riley's immature brain struggles to process the overstimulation caused by the traumatic move and new, unfamiliar input from her parents (Diane Lane and Kyle MacLachlan). However, this reading is also undercut by the larger flaw of Inside Out: the lack of actual correlation between its inner- and outer-narratives.

As amusing as it may be to watch Joy, Sadness and the wacky imaginary pal Bing Bong (Richard Kind), stumble through Riley's spatial cognition center, what does it mean to Riley? Apparently nothing. It's just a gag using the context of the story but not existing within it. There is a lot of this type of shin-deep cleverness in Inside Out, but it seldom connects to an equally smart, deeper understanding of how emotions and thought work. It's a cute pun to have a literal "train of thought" that makes regular stops at all the mind's important junctions, but this would only work inside the AI of a robot, not a tween girl. Wouldn't a more accurate depiction involve an impossibly wild mess of tracks and switchovers than can accommodate drastic turns, sudden reversals and instant jumps across space? Very little of the candy-coated "drama" that occurs within Riley's mind matters — if it did, she would've doubtless ended the movie with a new home in a special facility.

If anything, by the end, Inside Out paints an adequate and moving picture of the resilience of the human mind as it deals with difficult circumstances — which, on its own, could've been fascinating, but without the half-hour of irrelevant and pandering wackiness that noisily distracts from everything important to the story. I have this same gripe with many animated movies, which feel that they need to burst with zany adventurism to please children. I think children are better than that. of course, even a sub-standard Pixar is a head above most of its competition, and Inside Out delivers just enough substance to survive its diversions.

Flickchart user IcallItFutile earned his respectable compatibility score of 742 by including 8 of my Top 100 movies in his own Top 20, compensating for his inclusion of a few widely beloved films about which I have wildly diverging opinions. I had to dig deep to #42 on his Flickchart to find a movie I hadn't seen. Since it is outside of his Top 20, my ranking of Inside Out does not affect his compatibility score. Inside Out is the second of two movies on this month's list from 2015.

Discuss Inside Out @ Letterboxd 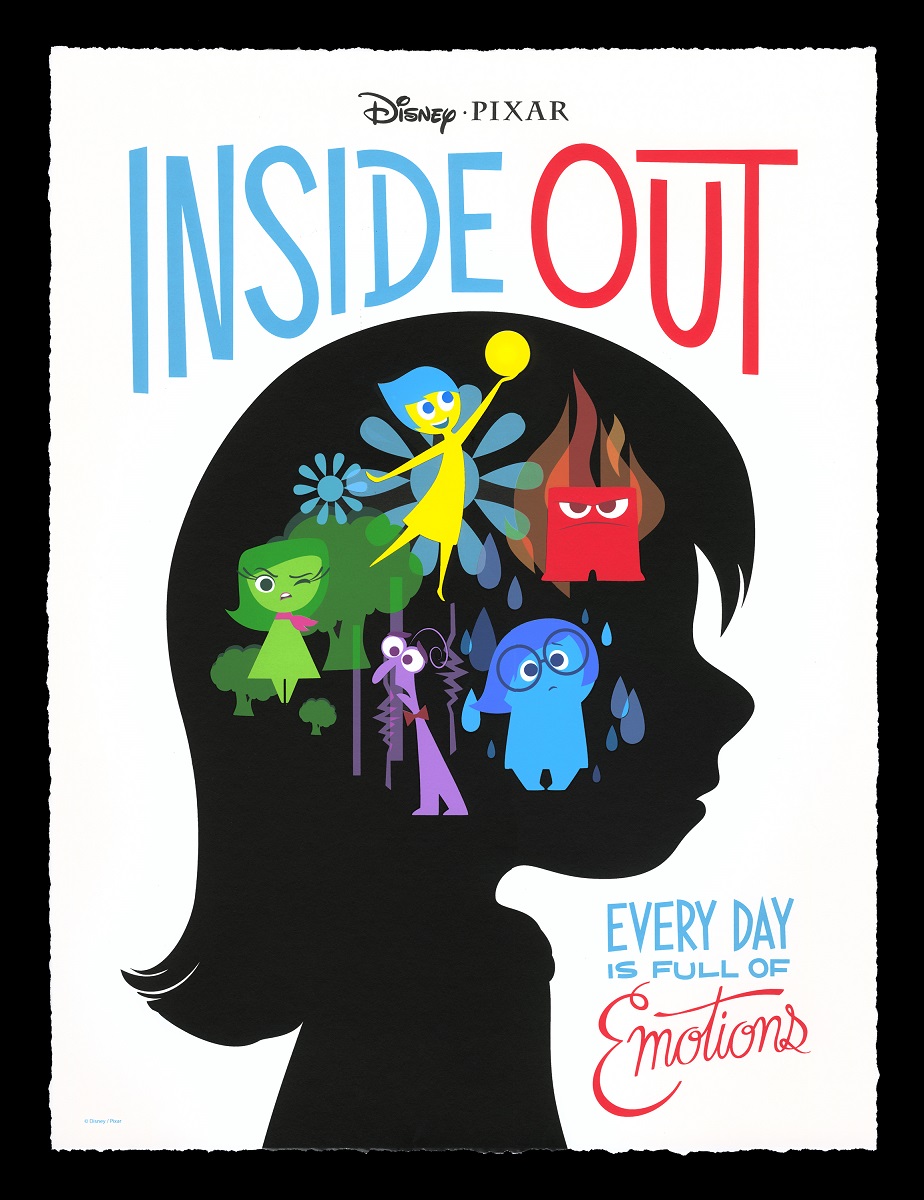