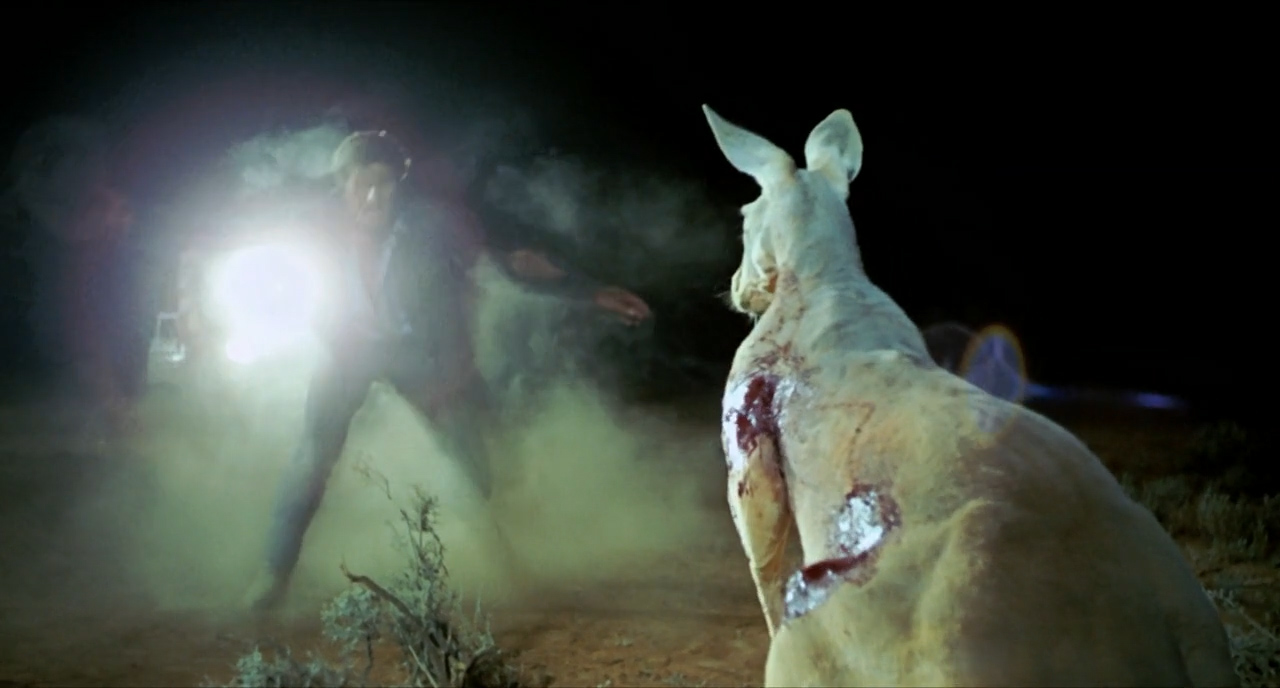 Once my interest is piqued, I try to know as little as possible about a movie before I watch it. This turned out to be the ideal way to approach the unconventional Australian thriller Wake in Fright, which I found out about over a year ago and then banished from my mind before it popped up on this month's list. Knowing very little about its actual content, but with a few reasonable assumptions in place, Wake in Fright both subverted my expectations and surpassed them, culminating in one of the most tense final half-hours of any movie I've seen.

Gary Bond stars as John Grant, a teacher assigned to a school at a remote post in the Australian Outback. Anxious to return to civilization, he embarks on the long journey to Sydney to spend his Christmas vacation with his girlfriend, but he never makes it past his first stop at the rough, beer-soaked mining town of Bundanyabba. While most movies exploit city-rural tensions as a springboard for formulaic comedy or horror by layering extreme situations on top of this natural conflict, Wake in Fright eschews that gimmickry and creates an unnervingly consistent tone of throbbing dread by allowing its exploration of cultural paranoia to stand on its own. the terror of Wake in Fright is not found in an external and sensationalistic threat to Grant, but instead emerges from how easily he is bullied, rewarded, excited and gratified for conforming to brutish local standards against his better judgement.

Adapted from Kenneth Cook's novel and directed by Ted Kotcheff, Wake in Fright doesn't portray the Bundanyabbans — played by Donald Pleasence, Chips Rafferty, Sylvia Kay and John Meillon — as one-dimensional cretins, but rather as aggressively hospitable and hyper-masculine dynamos with an insatiable appetite for beer, as eager to help a stranger as they are to decimate kangaroos, and full of intense smiles that are equal parts generous and menacing. It's simultaneously engaging, claustrophobic, cathartic and horrifying — the latter is particularly acute during a kangaroo hunt sequence that was shot during a nightly massacre commissioned by a pet food company, a practice that has since been outlawed with help from the footage in this film.

Having never been to the outback, I can't vouch for Wake in Fright's realism, but it's rich in verisimilitude, and seems like a fair-ish portrait (or as fair as it's going to get). There's no shortage of outback-set thrillers that exploit its barren landscape as an unforgivingly cruel and desperately isolating prison-of-the-mind populated by ruthless predators — Road Games, Wolf Creek, Razorback, Walkabout, Picnic at Hanging Rock, A Cry in the Dark, and even the Mad Max series — but Wake in Fright trumps them all by mining true human terror from the very essence of that unique part of the world, without any frills to excuse it as fantasy.

Compatibility Score: 630. This month I am reviewing movies which are ranked highly by 20 different Flickchart users with similar tastes to my own. I selected 40 users who had movies in their Top 20s that are also highly placed on my own Flickchart, and divided those 40 users into two groups of 20. This month covers the bottom 20. Flickchart user Rac ranks Wake in Fright as his 5th favorite movie of all-time, making it the highest ranking movie on his chart which I hadn't seen. the 15 movies that I have already seen from Rac's Top 20 have an average rating of 630 (81%) on my chart, putting him up in the Top 5 of this month's group. 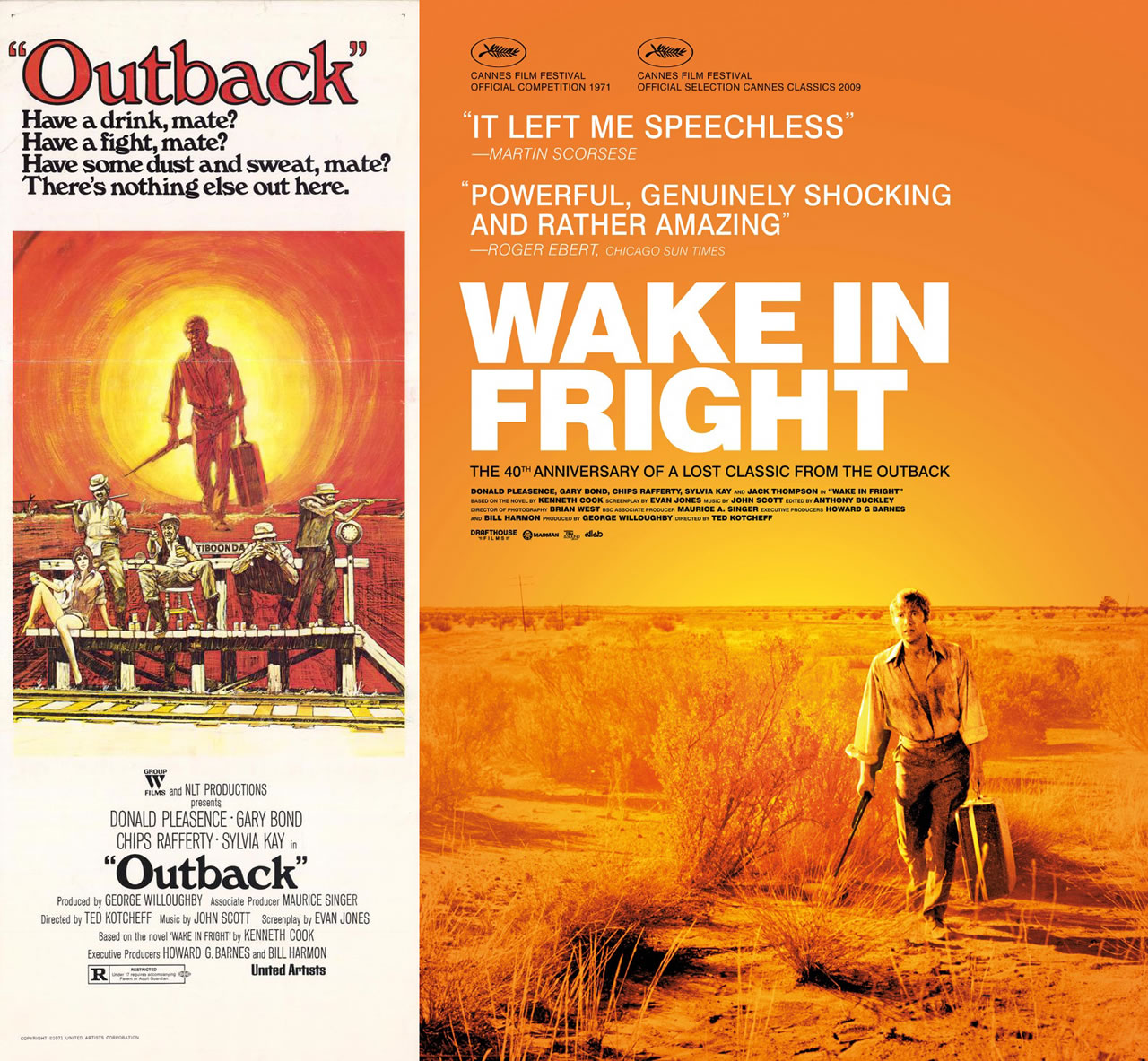