Shion Sono's 2013 Why Don't You Play in Hell? is one of the movies I was most excited to watch this month when I saw that it was the highest ranked movie I hadn't seen on FilmOdyssey's Flickchart. I have loved the two other Sono movies I've seen — Suicide Club & Love Exposure — but they have been challenging and exhausting, and I have lacked the mental fortitude required to aggressively digest his filmography. One of the things I enjoy most about PopGap is how it forces me to watch things I am likely to resist out of sheer laziness. While I wouldn't place Why Don't You Play in Hell? in the exalted company of those other two movies, it has plenty of fun and gruesome scenes and a fantastic finale that more than makes up for its saggy middle.

As with the other Sono movies I've seen, it's hard to pinpoint exactly what Why Don't You Play in Hell? is about. There are a lot characters crossing paths — a band of hopeful filmmakers, two warring Yakuza gangs, a former child star, and a sadsack fan eager to do her bidding — and all it ends in spirited climax of frenzied violence that makes Kingsmen: the Secret Service look like an episode of Charlie Rose. Throughout, Sono feints at commentary on media, self-image, family ties, devotion, and destiny, but it doesn't really add up to anything substantial; the fun of Why Don't You Play in Hell? is simply basking in Sono's idiosyncratic combination of style, humor and violence.

While the first 40 minutes and final 25 of Why Don't You Play in Hell? are pretty great, Sono spends too much time laying the groundwork for his finale, clumsily groping his way toward the unsatisfying contrivance that launches the final act. Like the filmmakers within the movie, it feels like Sono didn't have time to fully develop his story and rushed through the script process (ironically, it's reported that the script was actually written 15 years before it was produced, although it doesn't say if it went through many drafts). Even though there are plenty of good moments during that sometimes slow and awkward middle span, it sucks considerable momentum out of the narrative.

The cast is very appealing, with familiar face Jun Kunimura (Hard Boiled, Audition, Kill Bill Volume One) adding a wry gravity while Fumi Nikaidō and Hiroki Hasegawa light up the movie with their infectious enthusiasm.

FilmOdyssey is one of a few movie friends who just snuck onto this list at the last minute after I moved four of my Top 40 most-compatible Flickchart friends out of the running and onto a special shortlist of lengthy movie series that I'll be watching in January. Even though his compatibility score is a fairly low 955, compared to most others on this list, he has eight movies from my top 10% in his own Top 20. I had to dig deep into his chart to #47 to find a movie I hadn't seen, which means that his movie compatibility score, which is based only on how I rank his Top 20 movies, is not affected by this review.

Discuss Why Don't You Play in Hell? @ Letterboxd 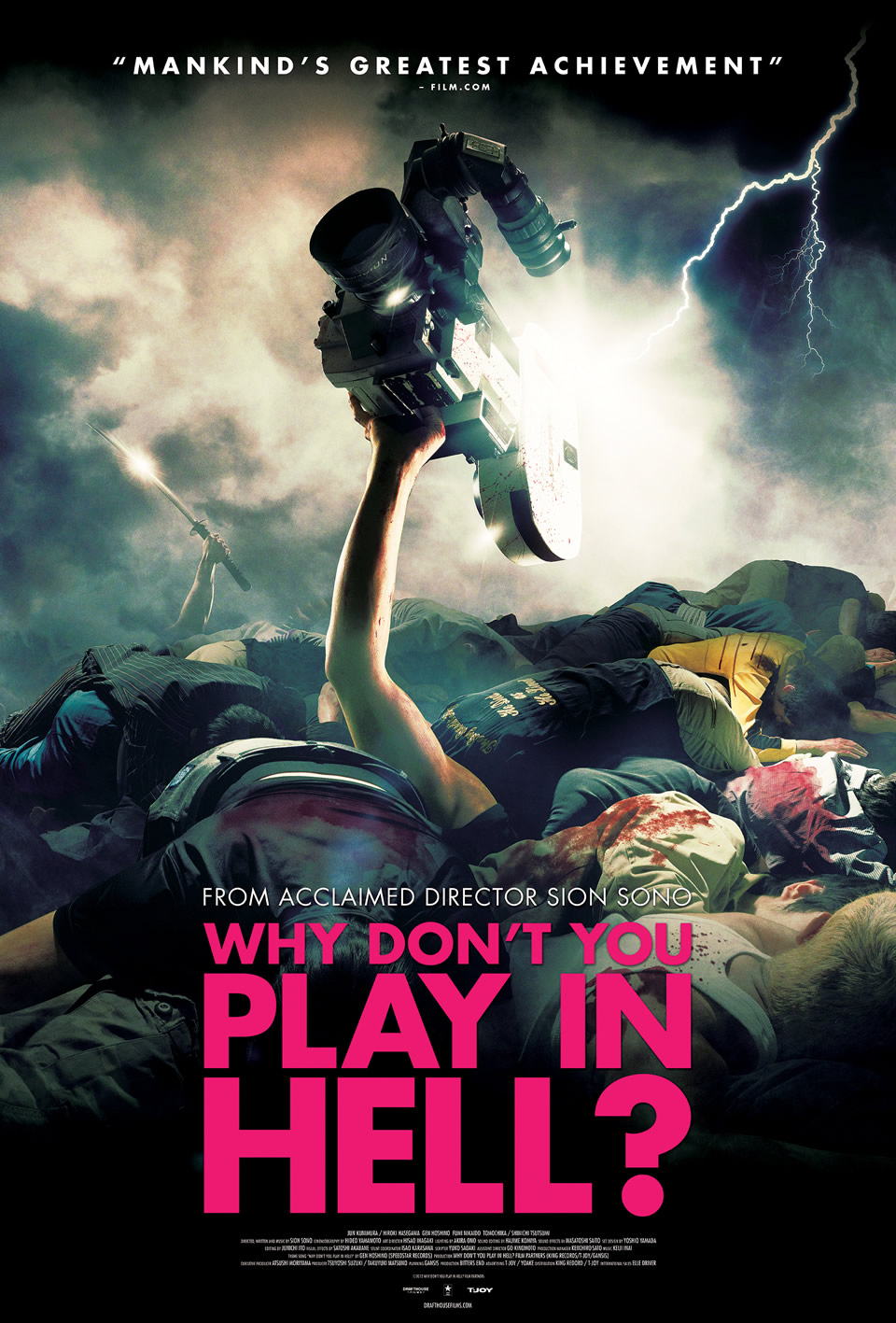