I'm not sure if I was more more or less receptive to Miracle having just suffered through the sports-cliche cornpone of Seabiscuit. In comparison, Miracle is a marvel of restraint, practically parsimonious with its sentimentalism. Even though I have many of the same complaints about both movies, Miracle came out looking like a lean and sober machine side-by-side with that nightmare of horse-racing sap. On the other hand, Seabiscuit's aggressive hamfistedness wore out my already meagre tolerance for by-the-numbers, self-important "true story" inspirationalism and made me maybe too attuned to just how little of Miracle felt genuine, as opposed to dullishly programmatic Disney-scrubbed "drama" packaging.

Miracle, at least, has a terrific performance from Kurt Russell as Herb Brooks, the U.S. Hockey head coach who engineered a tremendous upset by knocking the dominant Soviets out of the 1980 Winter Olympics with a team of blue collar amateurs and college kids. Other than Russell, however, there is not a surprising or authentic moment, with scene-after-scene of obligatory sports tropes. It certainly lacks the specific quirky appeal of every other hockey movie I've ever seen, from Slap Shot to Goon. There's no sense of thematic cohesion to Miracle; it plays like a series of plot point index cards pinned to a cork board without any thought of what larger story they tell together. It's the sports equivalent of a flat biopic: a series of events that happened in more or less the right order, with a stately trumpet-heavy score to let us know that it was important. But is it really? Director Gavin O'Connor loads Miracle with references to the American malaise of the late 1970s, supposedly as context for why this match was meaningful to the nation. If there's a case to be made that it did matter beyond the scope of a single hockey match, O'Connor assumes we already accept that premise, and just provides some bland new imagery to help us picture it mattering.

Miracle is a watchable but weirdly gutless and soulless parade of well-acted but substanceless scenes, and left me not only questioning the actual importance of the ludicrously nicknamed "Miracle on Ice," but the basic practicality of most sport movie cliches. Do all wives really complain about overwork when their coach husbands reach the pinnacle of their careers (and then drop that complaint completely)? Are players and staff really always that surprised when demanding coaches, who were hired because they are demanding, make demands of their players? Maybe if I had been personally invested in this historic victory as it happened — I was 7 at the time, and recall the Lake Placid games, most notably, Eric Heiden's speed skating record, but nothing about hockey — Miracle might tap into a ready store of emotion, but aside from Russell's compelling presence, this movie seems like such a pallid imitation of the real thing that it adds only a layer of memorabilia, no more valuable than an unlicensed T-shirt for sale outside the arena.

Flickchart user Caesar ranks Miracle at #31 on his list of favorite movies, so it doesn't affect my scoring of his Top 20, which includes five movies from my own Top 20. His compatibility score takes only a marginal drop of 13 points to 493. 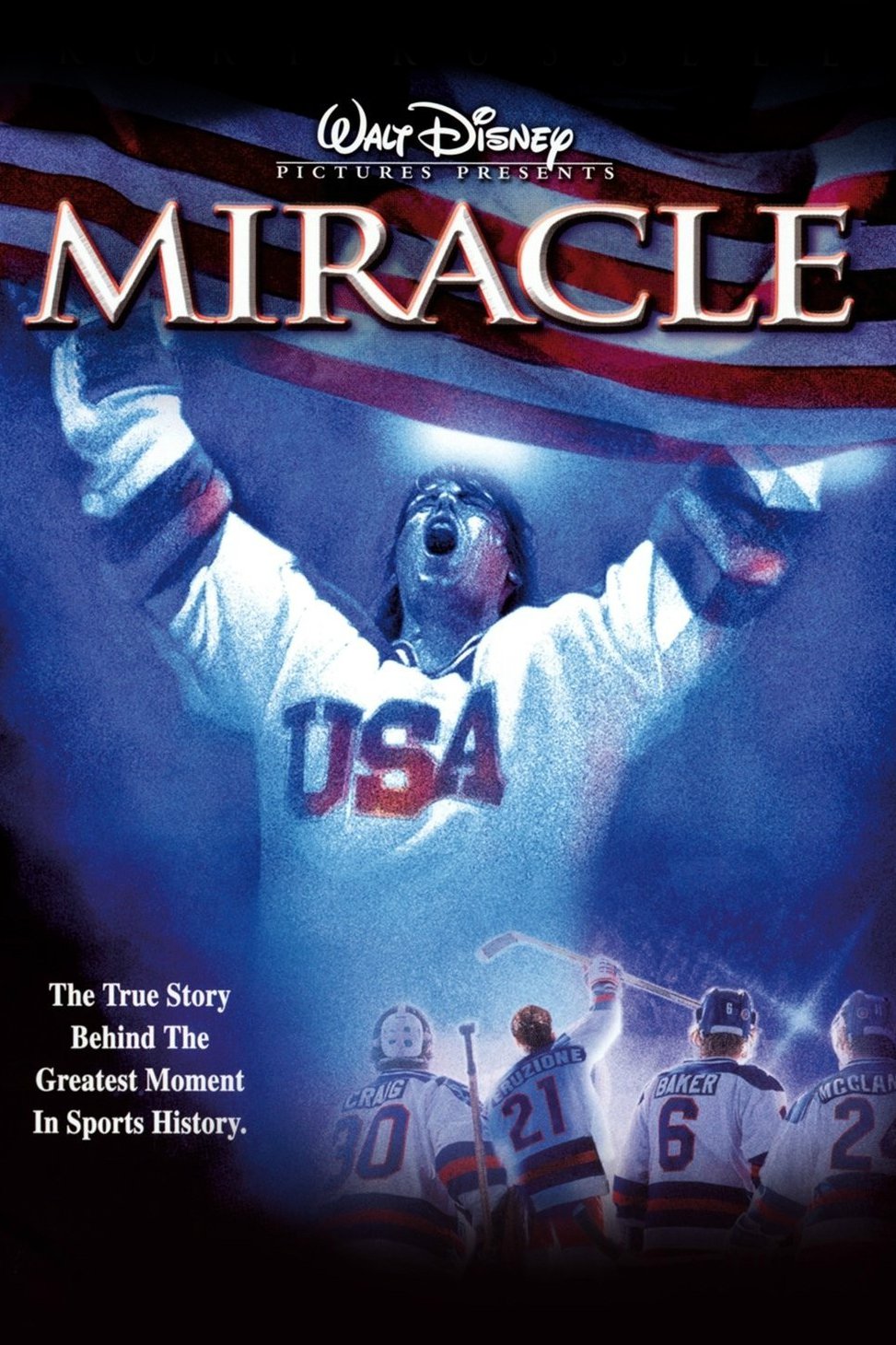