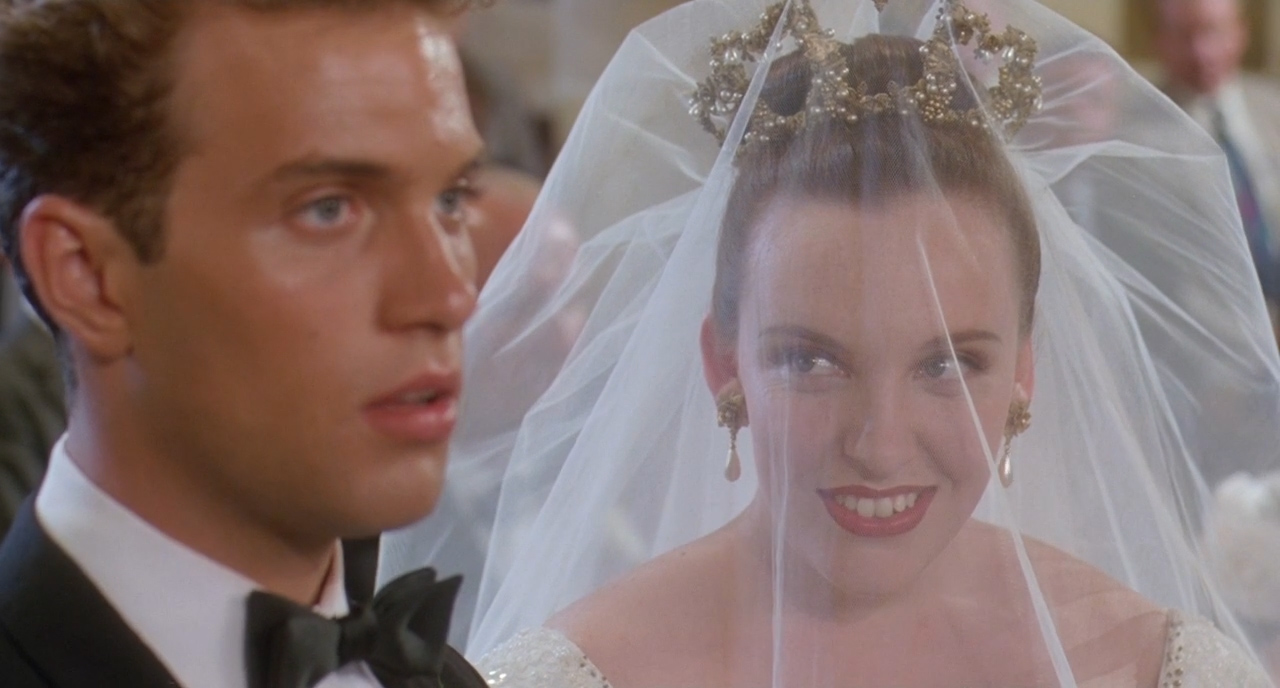 I love unpredictability in a movie. Even though many formulaic pictures can still be engaging, fun and even sometimes fresh, a movie that is full of surprises which also feel organic to the characters can be a real treat. Muriel's Wedding is consistently surprising. It wasn't what I expected — yet another over-stylized indie feel-good comedy with aggressive quirkiness standing in for real characters — or, at least, was better at it than I expected it to be, but it certainly wasn't what I thought I had been purposely avoiding for the past 20 years. However, the risk a movie takes when forging its own unique path is revealing too much uncertainty in finding the best way forward, and Muriel's Wedding struggles through some awkward — but likely intentional — tonal shifts that never quite derail this otherwise loveable movie, but their accumulation at the end suggest a lack of coherent vision from the outset.

In her breakthrough performance, Toni Collette is improbably brilliant as the title character, an awkward young Australian woman whose domineering and narcissistic small-town politician father has psychologically crippled all of his children. Muriel acts out by stealing and lying, and even when she's able to escape her coastal backwater of a hometown and develop a real friendship with someone who genuinely likes her (Rachel Griffiths), Muriel remains obsessed with chasing a fantasy of marriage, status and personal success that has no basis in reality.

Muriel's Wedding is shockingly complex, with an unconventional, original narrative that is given great substance by its well-realised performances, including Bill Hunter as Muriel's douchebag of a dad. Director P.J. Hogan digs himself in a bit of a stylistic hole at times, swinging wildly from overly broad cartoonish-ness to affecting realism. Both parts of the movie work separately, but don't always play naturally together, and sometimes the transitions are jarring. I suppose that Hogan meant for these style changes to reflect the mindsets of various characters, some of whom are stuck in cynically caricature while others drift in and out as they cope with the turbulence of real life by choosing to face it or ignore it. Conceptually, that sounds like a clever technique, but in practice the seams are too jagged, as if two different movies have been ripped into shreds and stitched together haphazardly. the final moments bear the worst of this dissonance, as if Hogan felt that the movie's touchingly clear landing needed to live up to the candy coated pizzaz of the the flashy opening scenes, and dips back into a broad silliness that should've been left behind. For a film that felt so genuine and rewarding up to that point, the very end is dispiritingly canned — another surprising non sequitur — as if it could be generically tacked on to any of a number of mid-1990s feel-good indies.

Flickcharter Bookhouse88 has a lot of fun movies in his Top 20, including nine from my own Top 100. While I was watching Muriel's Wedding, he knocked my least favorite movie from his Top 20 off the list, so his score jumped 127 points to 416. Our accountants are looking into the influence international bookmakers may have had on these chart changes and whether they amount to criminal fraud. 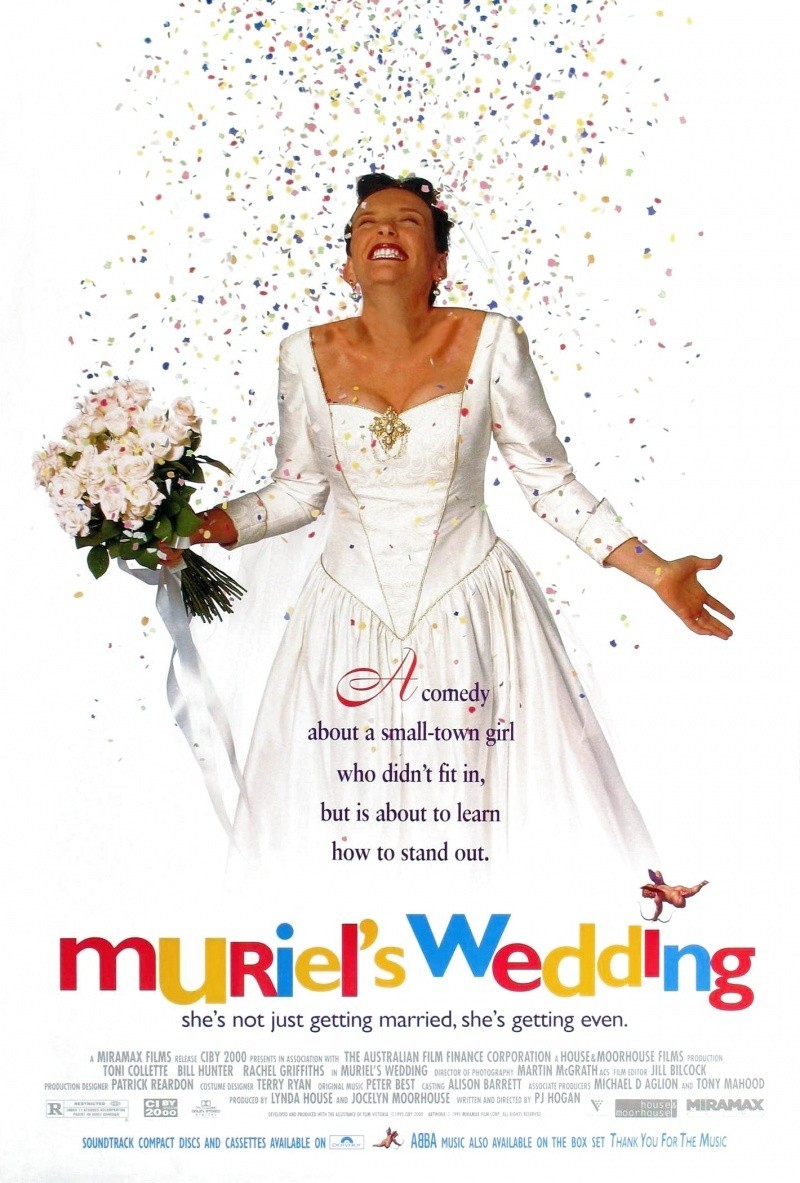