The recent Peer Review segment of PopGap has involved my cherry-picking highly ranked movies that I haven't seen from the Flickcharts of like-minded friends. However, in selecting 20 movies to watch over each of the past two months, I had to pass up four tantalizing charts, because my top-ranked unseen titles on those lists demanded too much of a time commitment. My choice from three of those charts would have been the first movie in a two- or three-part series, and the other chart had a 10-part miniseries in their Top 20. This month I will be closing out the Peer Review theme by watching each of those four series through to completion.

I've seen both Jean de Florette movies before, but way back in the late 1980s, and they've been on my need-to-rewatch list for a long time, especially now that they've been released on Blu Ray. I really have no idea what to expect from the Human Condition or Ivan the Terrible series. I've seen two Kobayashi movies within the last year-and-a-half and found them stunning, so I'm not wary about anything other than the 10 hours this probably depressing series will require. Thankfully, Ivan I & II have far more conservative durations. the only other Eisenstein movie I've seen is his silent Battleship Potemkin, from back when I was in college. It's the kind of movie I appreciate more than enjoy, so if these turn out to be dull, at least they're relatively brief. I'm most circumspect about Band of Brothers. I actually watched the first episode back when it first aired on HBO and decided not to continue with it. I have only lukewarm feelings toward the previous Spielberg/Hanks World War II effort, Saving Private Ryan, so I fear sitting through 12 hours of a potentially hagiographic schmaltz-fest, but if I we're ever going to wrest away the title of "The Greatest Generation" from those old bastards, we have to show some resolve where it truly matters.

Even though I'm only watching 4-8 titles this month, depending on how you count them, they total up to over 28 hours. 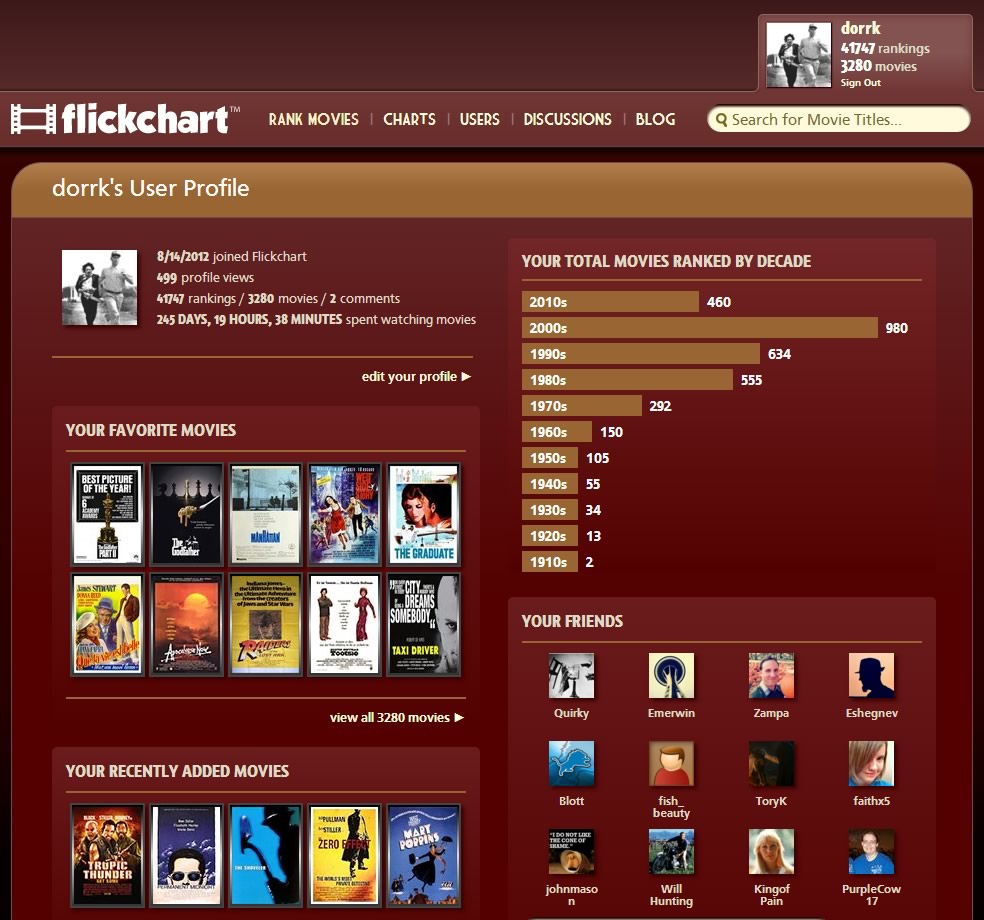