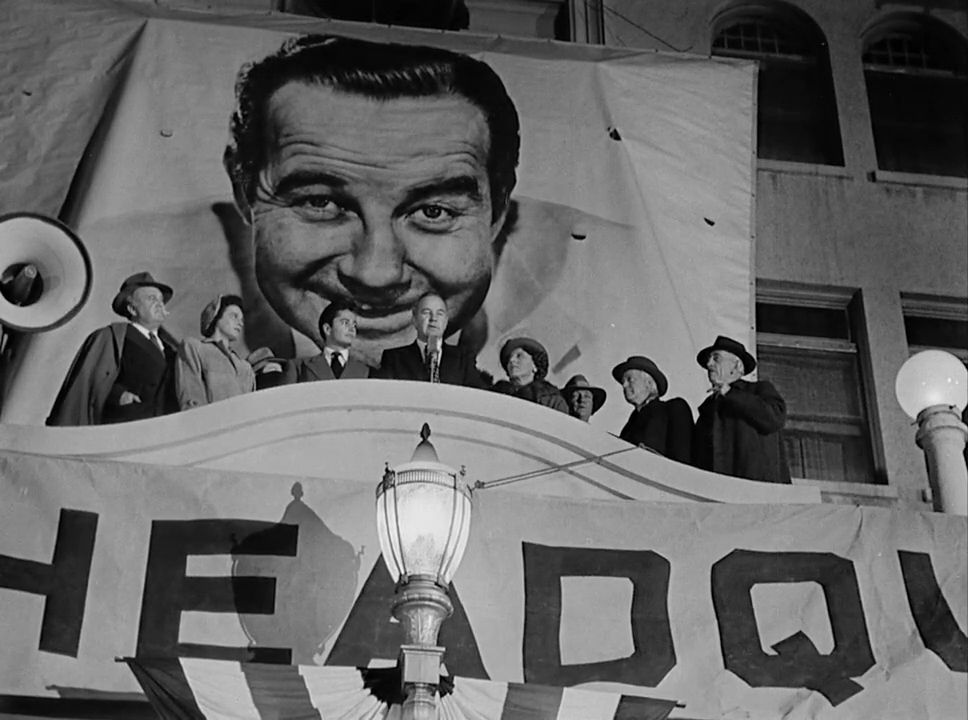 My second John Ireland movie this month is one I've seen before, 1949's Best Picture-winner All the King's Men. It's been over 10 years, however, and in that span all my memory of it has been eclipsed by my blazing hatred for Steve Zaillian's insipid 2006 remake. Although it was nice to see Ireland, our featured actor, in a leading role this month, it isn't much of one. Not only does Broderick Crawford overshadow him with volumes of bluster, writer/director Robert Rossen does everything he can to keep all of the characters shallow and unexplored within the movie's encompassing but dull-edged soap box.

Ireland plays Jack, a rich kid hobbying at journalism when he covers a rare "honest" politician in Willie Stark, a naive small town populist fruitlessly butting his head against the local machine the runs his rural county. After Jack's glowing articles shine a light on his crusade, Stark gets drafted into the Governor's race — as a foil to draw provincial votes away from the powerful incumbent's challenger. Stark fumes when he discovers the disingenuousness of his candidacy and pours this anger into his campaign, sparking a fervent following among marginalized country folk that foments until the next election, during which, with Jack as an advisor, Stark is voted into office. As his power increases, though, so do his abuses, until he's just as bad — or worse — than those he used to rally against.

All the King's Men is based on the Pulitzer-prize winning novel by Robert Penn Warren, which was partly inspired by the career and death of controversial Louisiana Governor and Senator Huey P. Long, but there's no room for the novelistic exploration of ideas or depth of character in Rossen's movie adaptation. Narrator Jack is a passive cipher, but his inaction is never made meaningful; he is only an observer, and one that's increasingly implausible. As Stark transmogrifies inexplicably from one thing into its exact opposite, everyone on the periphery either worships or loathes him, but vaguely and without any real understanding of their psychology — except for Jack, who just as blankly stands aside. I suppose that's the point: bullies rise to power because good people don't act, but Jack's inaction (and Ireland's performance) is numb, bereft of the denial or rationalizations that might naturally hold him back and make his impotence a source of empathy.

Buried inside All the King's Men there's a movie I'd like to see. It takes up less than 10 minutes near the end of the first act, as Stark undergoes his transformation from a sincere, hapless bumpkin into a magnetic political firebrand. This monumental and pivotal character development is stuffed inside a couple of swift electioneering montages, from which the previously likeable, humble idealist emerges as the most base of barking, cigar-chomping caricatures. There's no gradation or complexity to this journey, and it's a real let-down to have the entire plot depend on a huge personal transition that is taken completely for granted. There are hints in the first act that even at his most pure, Willie is still just an empty, if earnest, suit filled only by the projections and desires of others — isn't this true of most politicians? — but, sadly, this, too, is limited. Rossen substitutes for cogent character development a parade of inevitable moral grandstanding about what a monster Stark has become. However, the movie fails to adequately explain this phenomenon, or suggest what could have averted it, or what the alternatives are. One could even read All the King's Men as vehemently anti-democratic in its strident condemnation of the process (perhaps not coincidentally, Rossen would a few years later be blacklisted as a former member of the Communist Party). It's a cynical tirade with no sense of nuance, and no interest in analysis or solutions.

All the King's Men is handsomely produced, and there's enough quality in Burnett Guffey's cinematography for the movie to remain technically impressive today. Crawford won Best Actor for playing Stark with gusto, but it's a part written without a trace of humanity in the last two acts, and instead of attempting to surmount that deficit, Crawford dives head-first into the one-dimensional muck. Mercedes McCambridge also won Best Supporting Actress for her grating role as a jaded campaign strategist who, counterintuitively, is unable at any moment to separate her feelings from her job, and, despite her vast cynicism, also dumbly swoons for Stark. This is a great example of a movie that was understandably deemed "great" and "provocative" in its own time, but today plays as overly simplistic and intellectually uncurious.

All the King's Men is now ranked 4th among the four John Ireland movies I've seen.

Discuss All the King's Men @ Letterboxd 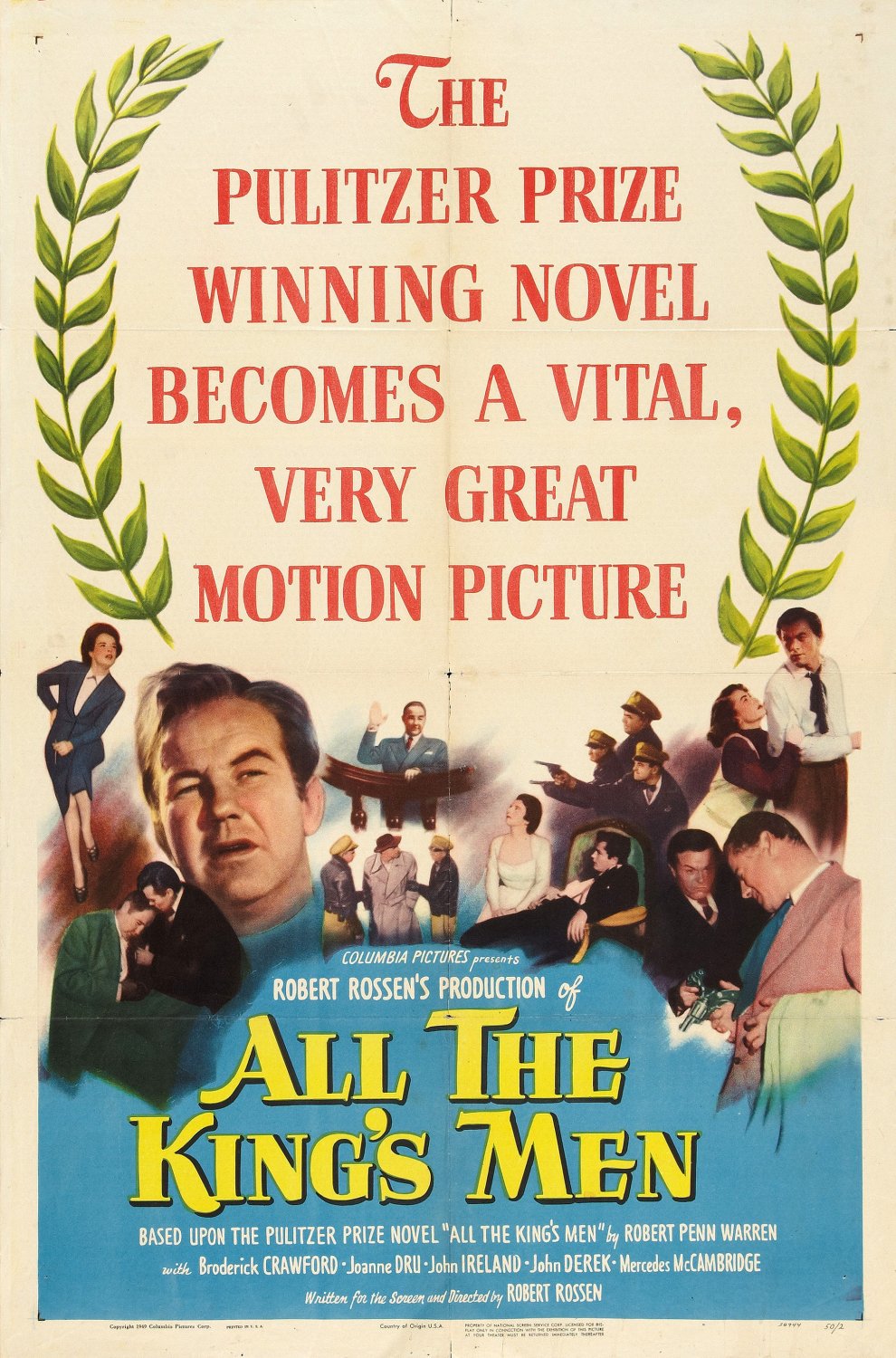