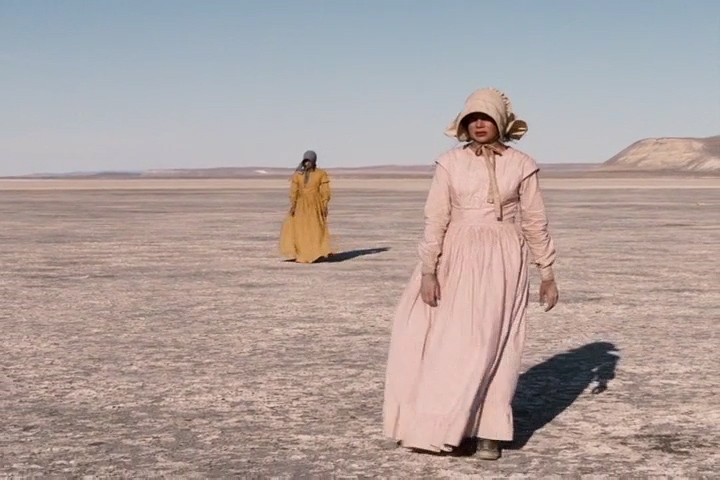 When Kelly Reichardt was selected as this month's featured director, I was excited for a couple of reasons. I really liked both films of hers that I have seen — Old Joy and Wendy & Lucy — which have a patient, contemplative tone that strongly resonates with me. I've had her two most recent releases lurking on my watchlist for some time, but only, sadly, as wallflowers. She only has one other feature, her 1994 debut River of Grass, so by the end of this month I'll be all caught up with her filmography (at least, until her new movie, Certain Women, is released theatrically later this year). That Reichardt is also a local filmmaker, often featuring locations with which I'm familiar is an added bonus.

Meek's Cutoff is an interesting departure, kind of, for Reichardt, as it's a period piece and a western, while her other movies have all had contemporary settings and deal with modern issues of dislocation and detachment. Meek's Cutoff features characters who are very much present in their physical circumstances, but it's still very much a piece of a stylistic whole with her other films: quiet on the surface, but tuned in to an inner-turbulence that is unsure of its purpose, and whether, when or where to express itself.

Loosely inspired by a historical incident, Meek's Cutoff charts the travails of a small wagon train that has diverged from the Oregon Trail and ventured into the high desert to avoid conflicts with hostile native tribes. Guided by "experienced" trapper Stephen Meek (Bruce Greenwood), the three families in the party become suspicious of Meek's actual knowledge of their itinerary and soon find themselves too deep in the desert to turn back, with no idea which way to go, and running out of water and hope.

Although far less sensational a director than Werner Herzog, Reichardt has made something comparable to Aguirre, the Wrath of God in its ruminative depiction of explorers at the mercy of their landscape and their own endurance. Few directors are as good as Reichardt in capturing the uncertainty of silence, and that skill is used in abundance here. the pioneers — Michelle Williams, Will Patton, Paul Dano, Zoe Kazan, Shirley Henderson, Neal Huff and Tommy Nelson — are often seen soberly trudging through different beautifully desolate landscapes, clouded in dust, caked in dirt, but resolute in their determined misery. Reichardt makes this kind of content engrossing through a combination of carefully constructed sound design and painstakingly subdued performances from her cast. Stuntman Rod Rondeaux also appears as an Indian whose presence adds one more source of tension within the group of desperate travellers.

Meek's Cutoff may not be satisfying in any traditional way. There's a bit of plot and not much of an ending — and the real story sounds like it would make for a tremendous epic — but Reichardt's interest is in the minutiae, and she captures it perfectly, from the day-to-day struggle, the weariness, the paranoia, the uncertainty of plans, and the role of women on the frontier. It's an unforgiving simulation of a particularly aimless pioneer odyssey, with abundant hints at the drudgery, toil and monotony that were no doubt part of that experience for the stalwart people who lived it. Like Herzog's Aguirre, its vivid spaces and their forlorn inhabitants are so perfectly captured that their journeying seems to continue in perpetuity long after the credits have rolled.

Meek's Cutoff is now my 2nd favorite of three Kelly Reichardt movies, after Old Joy, and is my 11th favorite revisionist western. 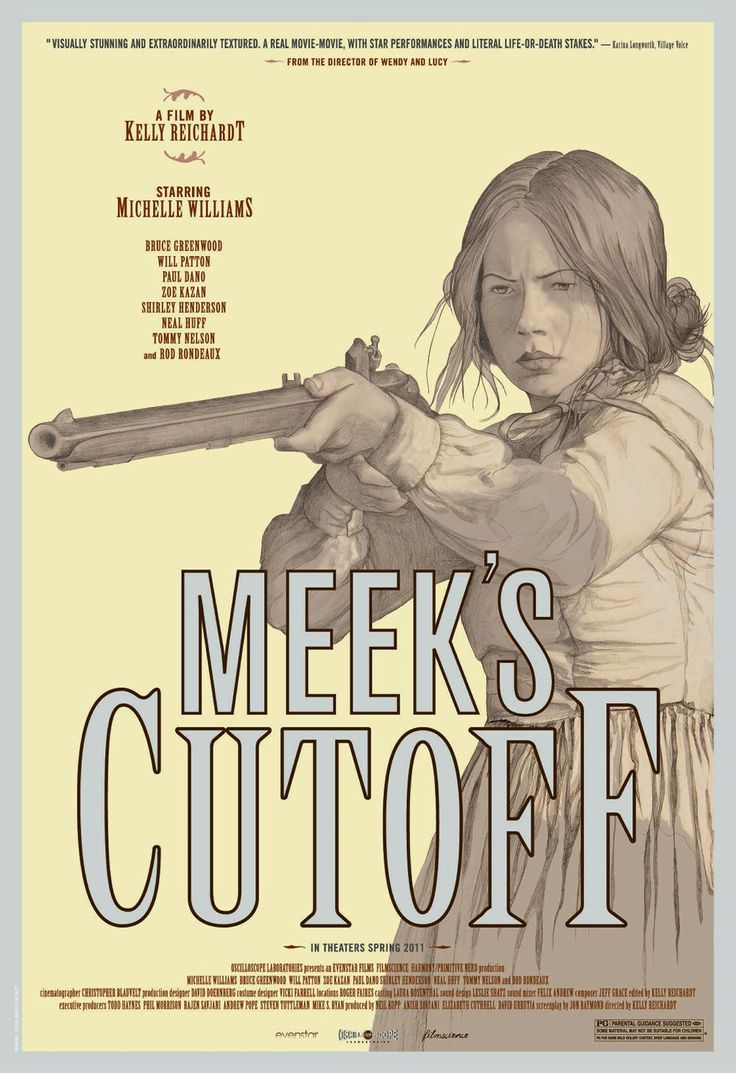