After a rough first hour, The Crimson Rivers finally went down pretty smoothly once I decided to view its final 40 minutes as a flat-out comedy. It's hard to tell what this month's featured director, Mathieu Kassovitz, had in mind with this oddball mix of tropes from police procedurals, serial killer thrillers and buddy cop comedies. There's a not-bad idea at the core of the mystery (although it quickly becomes one), and stars Jean Reno and Vincent Cassel have a fun rapport once they finally cross paths, but it does seem at times as if no one really took this movie seriously.

Reno stars as Niemans, one of those mysterious loner detectives whose masterful intuition acts as a divining rod for unearthed evidence. Niemans is called out to scenic Guernon after a bizarrely arranged and clue-laden murder victim is discovered hanging from a severe cliffside. Meanwhile, small town jerk-off detective Kerkerian (Cassel) follows clues from a low-priority cemetery desecration to Guernon's cult-like University community. They're investigating the same case, see?

Kassovitz co-wrote the screenplay with Les rivières pourpres novelist Jean-Christophe Grangé, which indicates a personal investment in the project that only comes across in spurts. A majority of The Crimson Rivers plays like a half-serious homage to David Fincher's Seven, but there's no commitment to tone, and the best parts feel more like a laid back French riff on Rush Hour. It serves up cliches in lieu of characters. Both Cassel and Reno are saddled with idiotic characters, but redeem them in-part with their natural charm. the amusing chemistry between the two stars enlivens the movie for the final act, just as it was in fear of wearing out its welcome, as its absurdly convoluted giallo-like plot unwinds.

Kassovitz is not bad at staging a scene or crafting a neat visual, but he also seems to know, maybe not consciously but a little deeper down, that the material doesn't deserve the best he has to offer. It's a testament to his talent, I guess, that The Crimson Rivers remains moderately watchable despite its pageant of uninspired tropes. There's a completely unnecessary scene about half-way through in which a thug pushes Kerkerian's "Berzerk Button" by insulting his mother, which precipitates a martial arts fight. It's the only instance of either this hair-trigger temper or kung fu-lite, so why is it in the movie? This is both the problem with and saving grace of The Crimson Rivers: it's complete irrelevance and lack of interest in itself gives it a kind of no-pressure charm. For what it's worth, the grim silliness — including ludicrous dialog like, "She was holding... a finger. the only piece of her daughter still intact..." — must have translated well, as the movie was a giant hit in China, earning it a sequel.

The Crimson Rivers now ranks as my third favorite out of the five Mathieu Kassovitz movies I've seen.

Trailer for The Crimson Rivers (2000) 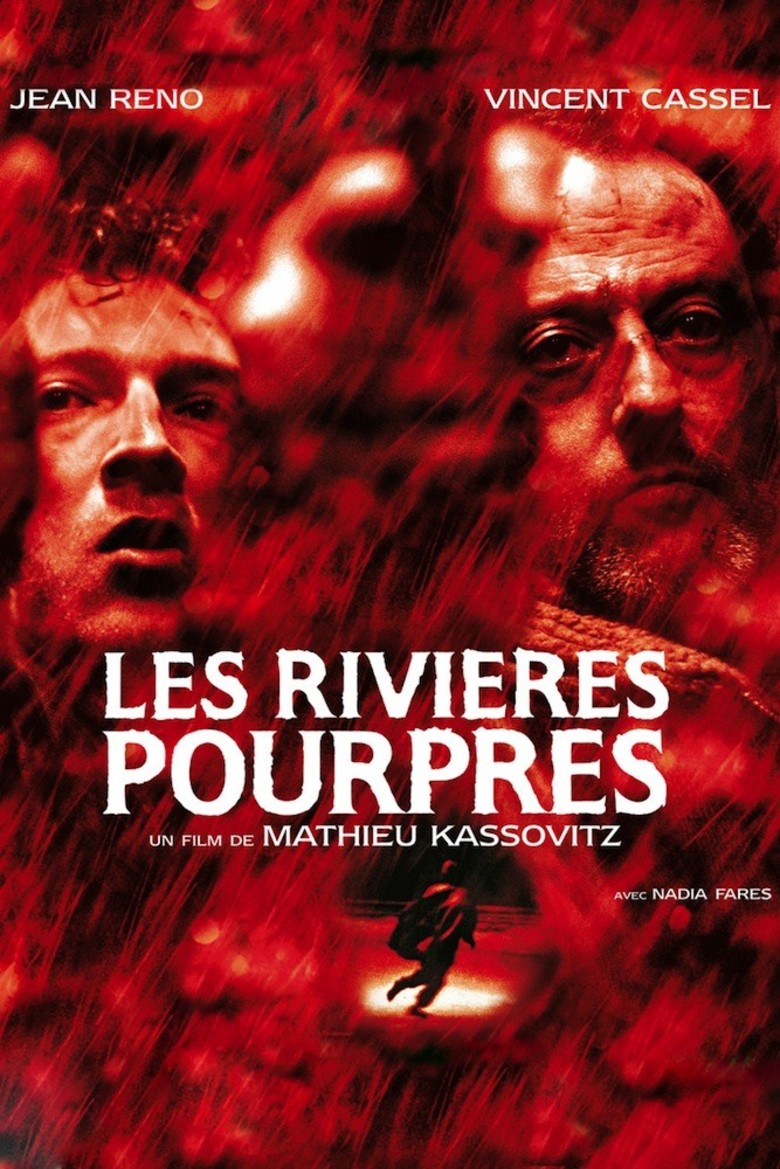