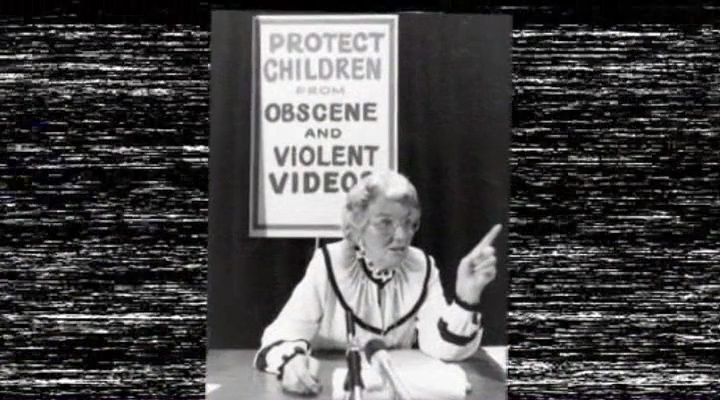 British scolds went crazy in the early 1980s when the exploding home video market made theretofore hard-to-see sleazy horror and exploitation movies easily available. After a couple of years of tabloid-driven hysteria over what effects low-budget depictions of sadism might have on children and pets (seriously), activist groups pressured the government to ban the sale of films deemed too obscene for public consumption, producing a list that ultimately contained 72 "prosecutable" titles. the movies on this list became known as "video nasties," a lurid moniker which only whetted the appetites of the youths, cinephiles and contrarians already enticed by such subversive material. Almost 30 years later, Nucleus Films and Synapse Films released a three-dvd set titled Video Nasties: the Definitive Guide, which includes many hours of coverage devoted to this notorious collection of "filth." Although the real meat of the box set lies in its obsessive film-by-film cataloging, the decent 72-minute documentary Video Nasties: Moral Panic, Censorship & Videotape gives a thorough overview of the political controversy to provide context for the nerdier features.

Director Jake West assembles an impressive slate of talking heads, from filmmakers like Neil Marshall (director of The Descent) and Christopher Smith (director of Triangle), horror journalists and scholars like Kim Newman and Patricia MacCormack, to actual players in the "video nasties" debate, like leading pitchfork-wielder MP Graham Bright and sanity advocate Martin Barker. They recount the the hysteria in pretty good detail. It's a serviceable tour from worthy guides, but it also lacks the style or distinctive point-of-view that separates fine documentaries from great ones. There are times when it seems like West (or whomever was performing the interviews) could've asked more pointed questions and followed up on a few tasty tidbits that are otherwise thrown away, such as a headline-grabbing study that watching horror movies is bad for dogs. Aside from the bracing introductory rapid-fire montage of the most gruesome clips from every movie on the list, Video Nasties: Moral Panic, Censorship & Videotape is, surprisingly, a bit on the dry side, and lacking in the rich enthusiasm for its subject that is evidenced in The Definitive Guide's excessively valuable reference section.

The knockout feature of Video Nasties: the Definitive Guide is the almost seven-and-a-half hours devoted to trailers and analysis of each and every one of the 72 movies that made the list. the busybody National Viewers' and Listeners' Association (NVALA) indiscriminately targeted anything that appeared overly prurient or graphic, from bonafide horror art films like The Evil Dead, Possession and Cannibal Holocaust, to notorious sleaze like I Spit on Your Grave and Faces of Death, and the panel is well-versed in all of them, even those that are considered relatively obscure, tame and/or devoid of quality. Critic Kim Newman alone is so infectious in his knowledge and affection for these often difficult-to-watch films that he almost succeeds on selling even the most amateurish efforts as valuable artifacts.

Video Nasties: the Definitive Guide offers a lot to digest, and for most people the subject matter is going to be too strong to get through it all in fewer than 10 sittings, if at all. However, it lives up to its title (well, sort of: they followed it with another even longer box set in 2014, which covers another 82 movies that were considered for, but did not make, the official "video nasties" list). the entire set is a must-have for scholars and collectors of this grotty little corner of cinema, even if Video Nasties: Moral Panic, Censorship & Videotape is one of its lesser components. 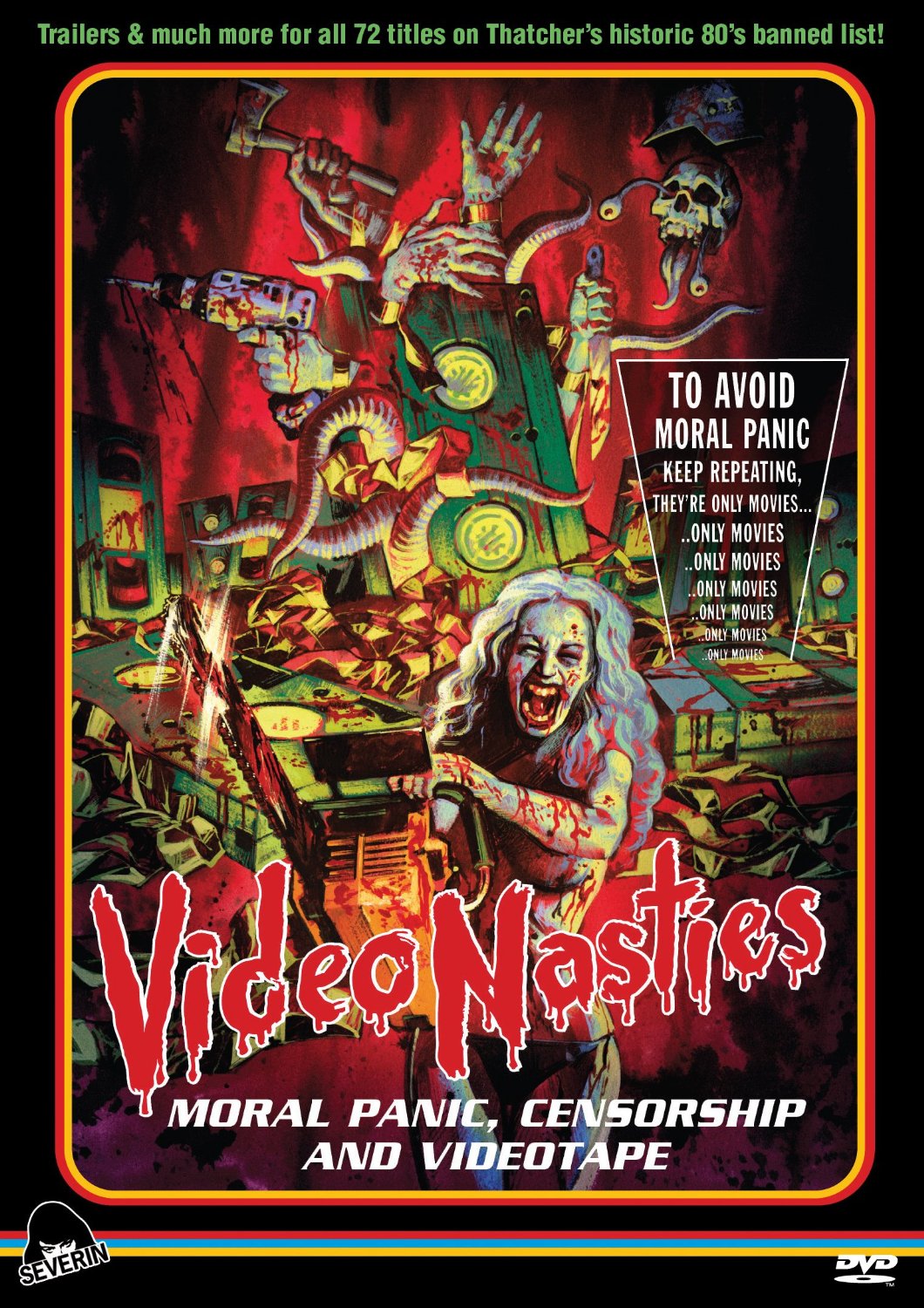