Horror comedies have recently been oozing out of every pore in the cinematic dermis, capitalizing on both the easy marketability of the typically low budget but fan-crazy horror genre as well as the surge of post-modern cheek that permeates every level of pop culture discourse in the current age. It can be a tricky combination to exploit, however, as too little of either horror or comedy — or a clear sense of favor for one ingredient over the other — often contributes to a clumsy mismanagement of tone that derails both. As a horror fan, there's little I find more dispiriting than a horror-comedy that doesn't seem to understand or even like horror, which has been the case in a few of the too-clever deconstructionist efforts that followed the success of the great The Cabin in the Woods (see my review of The Final Girls from last October). Thankfully, Freaks of Nature takes a different approach that avoids many of the traps of its genre. At its heart, it's a teen coming-of-age comedy, but with a fun and affectionate layer of horror and sci-fi on top. While it doesn't always find the right balance between its original ideas and its reliance on tropes, it's a pleasant diversion with a strong cast and some good laughs.

In an alternate reality in which humans have (sort of) peacefully co-existed with zombies and vampires for close to a century, the suppressed prejudices and tensions between the living and the undead are inflamed when alien spaceships begin hovering mysteriously over the small town of Dillford. Despite that high-concept dressing, Freaks of Nature is really about three lonely teenagers (Nicholas Braun, Mackenzie Davis and Josh Fadem) who feel like misfits and seek relief from their angst via sometimes drastic means — and become friends under dire circumstances that involve monster mayhem, gory deaths, and alien abductions.

Directed by Robbie Pickering from a script by Oren Uziel, Freaks of Nature has plenty of holes to pick at — not the least of which is the capricious murderousness of the undead — but it has enough bright spots to divert attention from its flaws. the three stars are appealing, and the way they and Pickering handle the supernatural circumstances with casual but sincere commitment is a big reason why the movie works. There's no arch ironic detachment in Freaks of Nature, but it's also content to let its central metaphor work itself out without heavy handed emphasis. Tonally, it's just about perfect. With plenty of quiet moments between the three teens, there's a believability to their experiences and relationships that trumps the sometimes prosaic screenwriting, and the horror elements never feel awkwardly shoehorned in, but the entire movie works as a naturally organic, if fantastical, character piece.

The other major asset of Freaks of Nature is its terrific supporting cast, which is full of luminaries from sketch comedy. Keegan-Michael Key and UCB's Ian Roberts both score big with a couple of hilarious moments, and Bob Odenkirk, Patton Oswalt and Denis Leary fit seamlessly into the movie's consistently amusing fabric. While Vanessa Hudgens is little more than eye-candy in a somewhat reductive role, the even more unlikely presence of Werner Herzog is an inspired choice for an ending that has little business working as well as it does. Rachel Harris, Joan Cusack, Mae Whitman and Pat Healy also lend their dependable experience to minor roles. 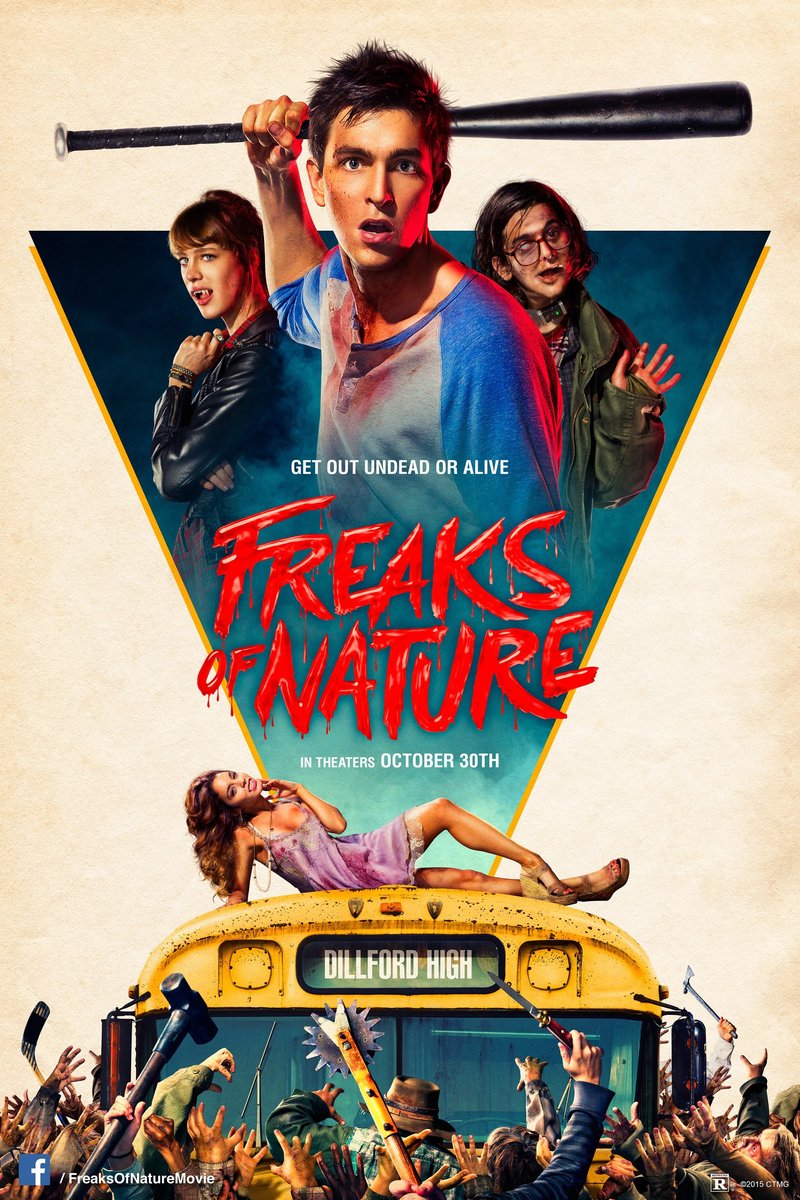