It took me a long time to get around to watching any movies from Gaspar Noé. I'm often intrigued by transgressive cinema, but don't enjoy watching it in equal measure (which is one of the reasons why I enjoy the Junk Food Dinner podcast's "Ghoul Summer" series: I can hear about utterly horrible films without having to experience them myself). Earlier this year, I finally pulled the trigger on Noé's latest, Love, which sounded mild by his standards. I loved Noé's style, if not his characters, and it engaged me even when indulging too much in the hardcore sex that is apparently one of his signatures. This positive response made me not too apprehensive when I Stand Alone was picked during this month's Spring Cleaning Watchlist Lottery. It's been on my watchlist for close to six years, so it's about time I confronted it. I knew it would likely have rough, violent moments that may be tough to stomach, but I felt a degree of trust in Noé as filmmaker.

Noé's debut feature, I Stand Alone ( a.k.a. Seul contre tous), is an ugly film about an ugly person. "The Butcher" (Philippe Nahon) emerged from a traumatic childhood as a damaged, rage-filled misanthrope whose tenuous grasp on a normal, independent life is undone by an assault conviction, at which point he loses his two tethers to sanity: his business and his adolescent daughter (Blandine Lenoir). Once back on the street, the Butcher drifts along where the tide takes him, until his utter contempt for life reaches its boiling point and he begins to lash out in horrible ways.

If I Stand Alone sounds utterly unpleasant, it's actually darkly fun, for a while. With its dispassionate sociopathic narration, it plays like a mordantly funny mix between Martin Scorsese's classic Taxi Driver and the 1993 "angry white man" manifesto Falling Down. Nahon brilliantly captures the detached despair of the Butcher, while also mixing in a slicing edge of dry humor to make this irredeemable creep worthwhile company for close to 90 minutes. He's more a brute than an intellectual, and has little say outside his interior monologue, but the Butcher fits in well with the tradition of other noxiously nihilistic movie philosophers like Johnny (David Thewlis) in Mike Leigh's 1993 Naked and Albert Spica (Michael Gambon) in Peter Greenaway's The Cook, the Thief, His Wife & Her Lover. It's a tour-de-force of bitter misery. Visually, I Stand Alone is composed of a series of unremarkably plain shots in a palette of unappealing colors, but this non-style seems so deliberate and unsavory that it builds a terrific sense of unease and tension. When a violent outburst finally occurs, it is shocking despite its inevitability because Noé and Nahon have hypnotized the audience into wanting the same release from this grim world that the Butcher himself is seeking.

However, after the Butcher's initial explosion, Noé goes off the rails, and not in the way you might expect. Instead of carrying on with a rampage through the final act, I Stand Alone somewhat jarringly pulls back into its previous state of simmering expectation — before making a surprising turn that undermines rather than clarifies the practically non-stop monologue that has been its guide up until that point. Audaciously, Noé flashes a warning on the screen that the viewer has 30 seconds before being confronted by material of the most harrowing sort, but this alarm could have just as accurately noted that the budding auteur was derailing his movie in favor of gratuitous shock content. As brilliantly constructed as the intense and unsettling finale is, it calls into question the entire preceding 70 minutes, and not just in terms of exposing its narrator as unreliable. Noé himself seems to have fallen into confusion about his movie's purpose, dismissing the frame story from the movie's prologue as a pointless non sequitur and rendering the Butcher a feeble perv hiding behind a smokescreen of contrived anger. Rather than serving some larger statement about class-based morality, the end is just Noé searching for and finding a supremely disturbing climax, whatever the narrative cost. His sublime execution of the ending is praiseworthy, but is it enough so to withstand the weight of its crass purposelessness? 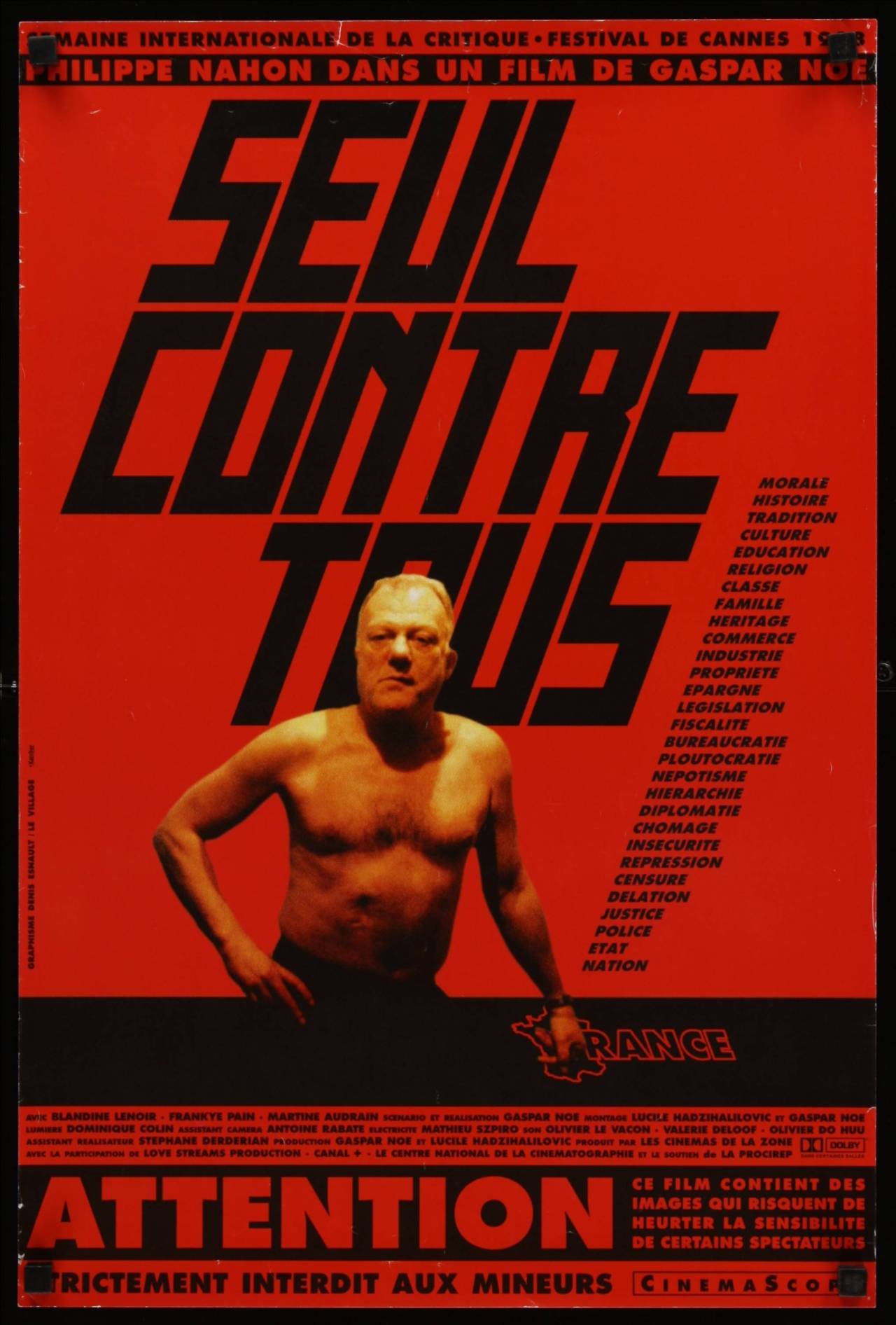