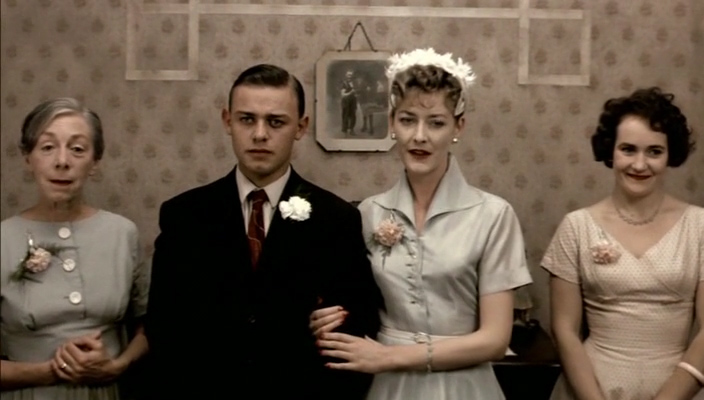 There are times when even a movie that perfectly realizes its director's unique vision falls mostly flat, and that was the case when I watched my first Terence Davies movie, Distant Voices, Still Lives. It's a wholly admirable effort, as Davies seems to project vivid memories directly from his mind to the screen, and touches on some ideas about families, legacies and nostalgia that could prove quite affecting to another viewer. However, even at a mere 80 minutes, this heavily stylized slice of autobiography seemed, to me, stretched too thin, especially during its repetitive second half.

A movie in two parts, Distant Voices, Still Lives, offers, first, glimpses of a family ruled by an abusive father and, second, the adults formed by that difficult childhood experience. the patriarch (Pete Postlethwait) shows a different side to each of his three children, from stubborn favoritism, to impotent distance, to outright terrorism — but is not without his tender moments. Grown-up, his children put on brave faces as they attempt to forge their own families, but not without lingering effects from their upbringing.

Davies' style is confident and he elicits fine, deliberately mannered, performances from his cast — Lorraine Ashbourne, Jean Boht, Carl Chase, Chris Darwin, Freda Dowie, Abbe Dyson, Pauline Quirke — but his expression in Distant Voices, Still Lives is so distinctly personal that its appeal is limited. Just when the non-linear memory-based narrative of the initial "Distant Voices" section begins to run dry, there is a welcome change of approach as the "Still Lives" segment begins, but it has even less material to work with and devolves into a series of sing-a-longs. It seems as if Davies' intention with the seemingly endless string of songs is twofold: first, to depict his characters masking their scars and stunted emotional growth behind forced revelry — as many of the joyously belted songs have remarkably grim lyrics — and, second, to suggest that survivors of a bleak past may still carry a nostalgic attachment to it in defiance or denial of their pain. These are interesting ideas, but Davies' aesthetic is so limited and his content, in the long second half, redundant, that the ideas feel suffocated rather than explored.

Davies displays a tremendous inspiration and sensitivity in Distant Voices, Still Lives, which encourages me to seek out more of his works, even if this one failed to make a complete connection. 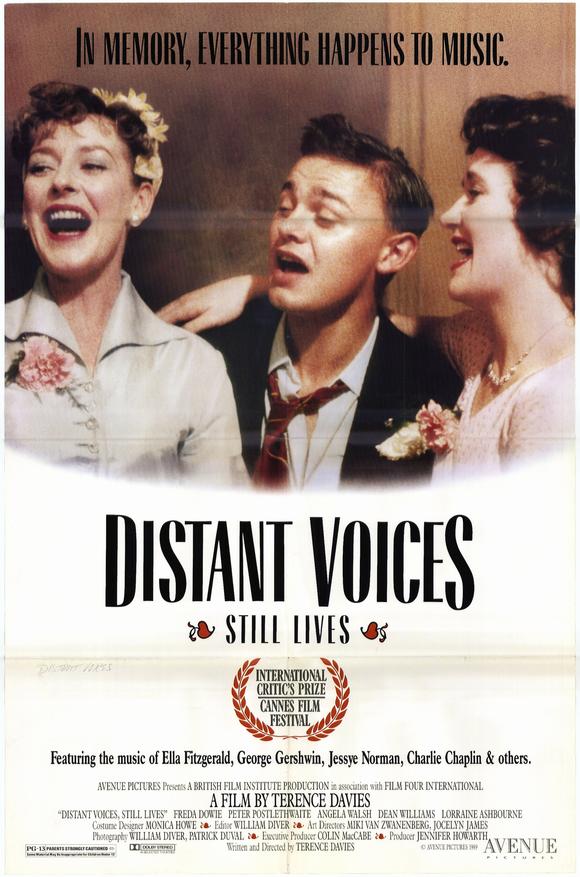