I wasn't aware when I sat down to watch Pat Garrett & Billy the Kid this week that it has been controversially released in three different versions. Just like last month's Orson Welles' classic Touch of Evil, this movie was taken away from director Sam Peckinpah by the studio prior to its release, and the version released theatrically bore little resemblance to what he intended. A "preview" version put together by Peckinpah before he was fired was released on home video in the late 1980s, after his death, and was later included as a supplement on a 2005 DVD release that also featured a new "special edition," which had been re-edited with restored picture elements. Unlike Touch of Evil, however, which used a detailed Welles memo as a blueprint, Pat Garrett & Billy the Kid was reconstructed with no particular fidelity to Peckinpah's vision, and many fans of the film consider his "preview" version the best option available. I watched the 2005 re-edit, which is the only version Warner Brothers has released in HD. Afterward, I compared the first 20 minutes of the re-edit to the "preview" version, and the latter is certainly more energetic, stylish and appealing — although I'm doubtful that it will correct the major issues that left me only lukewarm on what is often a weird and awkward entry in the "death of the old west" obsession that seemed to compel the filmmakers of the 1970s.

James Coburn stars in Pat Garrett & Billy the Kid as the first of the two title characters, a former outlaw-turned-lawman. Garrett is instructed to clear his old partner, famed cattle thief and murderer William Bonney (Kris Kristofferson), out of Lincoln County. As a friend, Garrett gives Billy a few days to voluntarily escape down to Mexico, but Billy doesn't like to be told what to do and forces a stand-off. What follows involves several western tropes — sieges, shoot-outs, duels, breakouts, gangs, campfires, badges, cigars, and senoritas — with some not-too-subtle elegiac twists, and all of it set to music from Bob Dylan, which kind of works and kind of doesn't.

In Peckinpah's largely ahistorical version of the story, Billy the Kid was some kind of pure American spirit whose death echoed the very end of freedom itself. Garrett, on the other hand, was a compromised sell-out who traded his own integrity to indulge in material excesses. Both are, essentially, selfish killers interested only in themselves — nearly everyone who dies in Pat Garrett & Billy the Kid does so as the result of some pointless vain action on the part of half of the title duo. Coburn's Garrett is arguably the protagonist of the film — he's the one who is trying, tragically, to fit in with the changing times; times which are ruled by politicians and businessmen who see Garrett as a disposable tool — but Peckinpah is clearly in love with Billy. Despite his contemptuous murders and his own share of whoring, the young and beautiful Billy gets special treatment in the form of egregious Christ-like poses and contextually tone-deaf love scenes. Whether or not it's what Peckinpah intended, Pat Garrett & Billy the Kid is full of the narrow self-regard of the early 1970s counter-culture, as oblivious to the sins of youth as it is blindly prejudiced against the social order's natural tendency toward self-organization.

Stylistically, parts of Pat Garrett & Billy the Kid work well, and even near greatness in moments, but too many of its conceits fail to pay off. the large supporting cast of western veterans — such as Katy Jurado, Slim Pickens, Jack Elam and Chill Wills — as worn-out has-beens just trying to survive, is its most poignant success, particularly the sequence set to "Knockin' on Heaven's Door." That scene is actually a good example of how Peckinpah's tendency toward on-the-nose punctuation is simultaneously appealingly innocent and too obvious to take seriously. It's beautiful but utterly un-clever, a dissonance which hurts the movie more than it helps. Dylan's presence on both the soundtrack and in the film presents multiple problems. While Dylan's score is memorable, and works great as a thematic Dylan album, it is almost too-hip at times for the earnestly square content, and it can't help but recall the far more successfully anachronistic Leonard Cohen score to Robert Altman's McCabe & Mrs. Miller, which set an earthy, moody tone. Dylan's music is too detached, but it's far more engaging than Dylan's acting. Thankfully, his enigmatic character, Alias, is completely pointless, so he never drags down an important scene (really, there are very few important scenes in the entire film, which is kind of the point and the problem), but it also feels like blatantly tacked-on stunt casting, as if he were shoehorned into a finished script for no other purpose than to feature Bob Dylan.

That Pat Garrett & Billy the Kid works at all is a miracle. With all the problems present on-screen, the troubles behind-the-scenes were tenfold, not the least of which was Peckinpah's rapidly worsening alcoholism. There are some fine shot compositions, some tense action, some effective thematic moments, and some gratuitous violence against chickens; but it never feels like a cohesive and serious effort from a master in the same way that some of Peckinpah's earlier movies do. Maybe the "preview" version's stronger authorial voice will correct the meandering futility in a narrative torn between its similarly doomed anti-hero and its amoral man-crush, or maybe it will amplify the movie's problems with greater style. 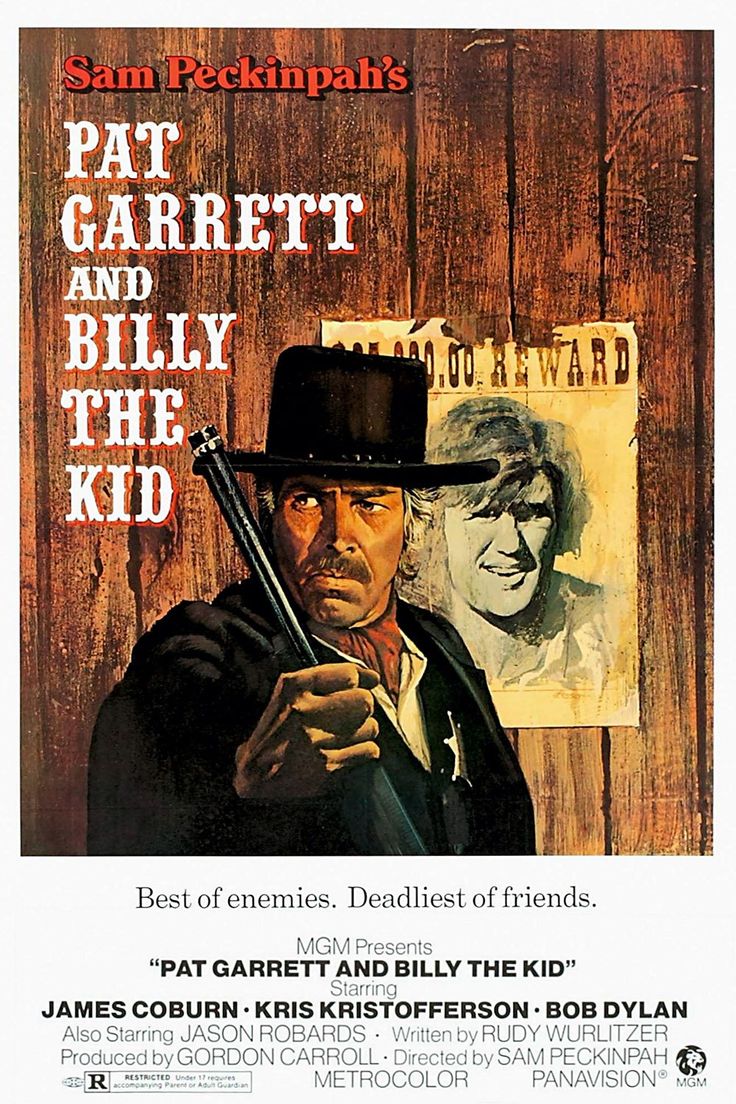