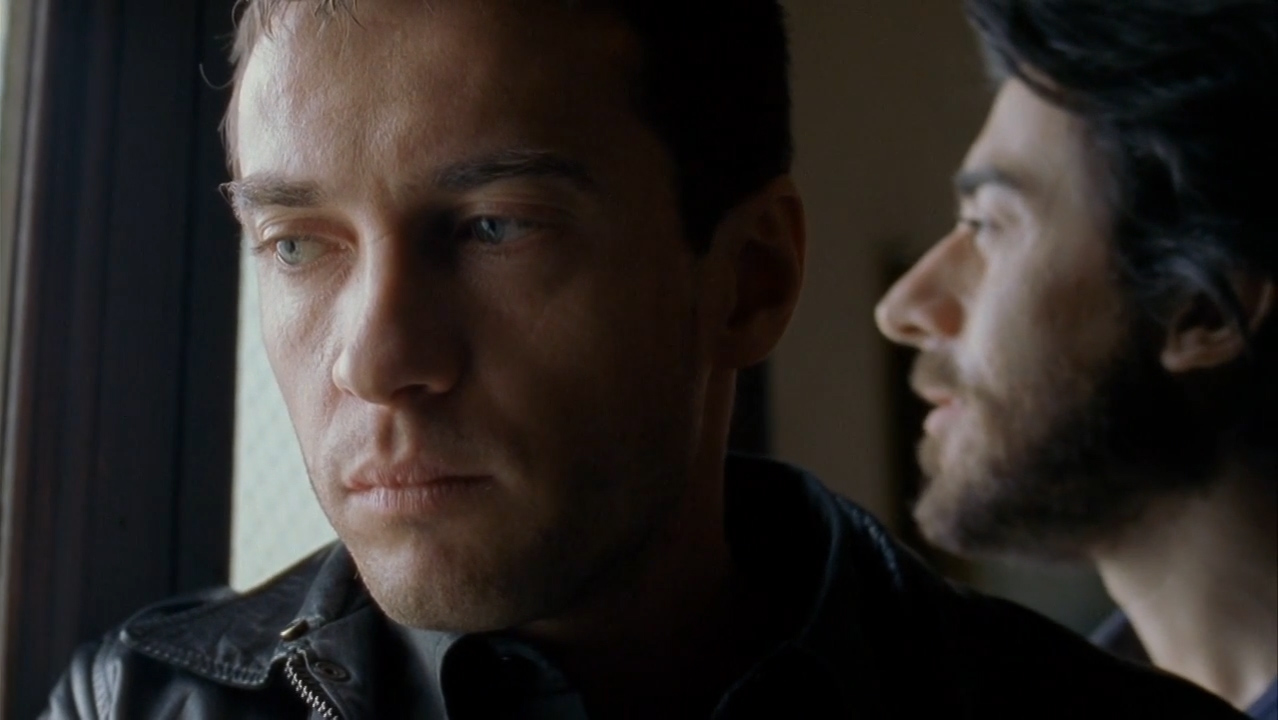 I can usually understand, if not at least partially appreciate, the appeal of any movie that is received with overwhelming praise, but I have nothing for Marco Tullio Giordana's inexplicably awful six-hour Italian made-for-TV epic The Best of Youth. Winner of the 2003 Cannes Film Festival's Prix Un Certain Regard, and chalking up an impressive 8.5/10 rating on IMDb, an 89% score from Metacritic, and a staggering 95% on the Rotten Tomatoes Tomatometer, I counted only two better-than-average scenes in a whopping 366 minutes, and one of those scenes was ruined within seconds. It is an utterly artless soap opera that charts 40 years in the "lives" of vapid caricatures, superficially leading them through a few random touchstones of recent Italian cultural history to the droning thrum of monotonous sentimentality. My best guess at this ineptly laughable tearjerker's stunning popularity is that most reviewers took one look at the running time and bailed, filing a blind evaluation based on the expectation of a respectable level of professionalism behind the camera and, with so much material, a semi-novelistic depth of storytelling. None of that here.

Alessio Boni and Luigi Lo Cascio star as brothers Matteo and Nicola Carati, Matteo a moody and reserved teen "genius" of whom great things are expected, and Nicola a good-natured and easy-going pre-med student. However, a summer holiday throws both of their lives off-balance, when Matteo smuggles an abused patient (Jasmine Trinca) out of a mental hospital, determined to return her to her father. When this adventure predictably turns sour, Matteo turns his back on intellectual pursuits and enlists in the military; Nicola's idealism is stoked, and he bums around Norway before pursuing a career in mental health advocacy. For the next three-to-four decades, the two brothers' lives diverge substantially, occasionally crossing paths now and again, usually in the most convoluted manner. Italy, during that span, experiences World Cup losses and victories, natural tragedies, youth riots, leftist terrorism, and political assassinations.

For an endeavor of such massive volume, The Best of Youth is shockingly low on subtext. It's the kind of movie in which characters frequently describe the obvious or state the simple facts of their feelings, and often as ham-handedly as possible. Rather than weaving a complex tale of two brothers whose lives reverberate against one another despite great spans of time and distance, its parallel narratives are shockingly linear and simplistic, with internal and external conflicts proceeding in lockstep and lacking dynamic tension. While director Marco Tullio Giordana eschews the sensationalism of soap operas — opting instead for a static tone of precious emotionalism — he offers no creativity in terms of form or style. Bereft of visual artistry, The Best of Youth is stuck in a relentlessly repetitive series of TV-quality establishing shots and close-ups. When, three or four times, a brief glimmer of cinematic inspiration interrupts the funeral procession of ordinariness, it feels like a violation rather than a release.

Giordana takes only the most blase approach to evoking his film's changing eras, resulting in a long slog of blandly connected plot points. Only rarely do the historical events depicted impact the characters; they mostly play-out in the background or provide a momentary inconvenience — or worse, suggest that some sort of eventful confluence may well come to pass, only for it to never happen. There's a shocking carelessness to how sloppily these totemistic references to real life are broached and then dropped, but Giordana does the same with characters, as well; everything is episodic, but the episodes themselves are structureless, disconnected and meaningless, there only to serve an eventual series of sentimentally fueled time bombs that fizzle under the wet blanket of inevitability. The Best of Youth is stocked with telegraphed revelations, but the pacing between the hinting and fruition is so painfully obstinate (in the worst case, over an hour of movie time and nearly 10 years in the characters' lives) that their resolution is exasperating rather than satisfying. For a movie that has nothing to say dramatically, historically, artistically, or personally, there sure is a lot of it.

There are, relatively, bright spots in The Best of Youth. the acting is uniformly competent, although it rarely rises above the mediocrity of the material; but Maya Sansa's presence in the final 90 minutes (or maybe it was Stockholm Syndrome) goes a long way to making that stretch the movie's most agreeable, considerably easing the strain of the running time. the first hour is mildly intriguing before the promise of the rave reviews evaporates completely, and there are a few nicely acted and written scenes throughout — one of the best, not surprisingly, involves neither brother but two mostly peripheral characters. Giordana almost saved his best scene for last, with an uncharacteristically beautiful and tender moment that lingers achingly before almost instantly being ruined by an intrusion of the most staggeringly graceless, hilariously literal explication of the obvious. It perfectly sums the entire experience of struggling through this gargantuan sinkhole of production facilities that has mysteriously come to be beloved by many.

Discuss The Best of Youth @ Letterboxd 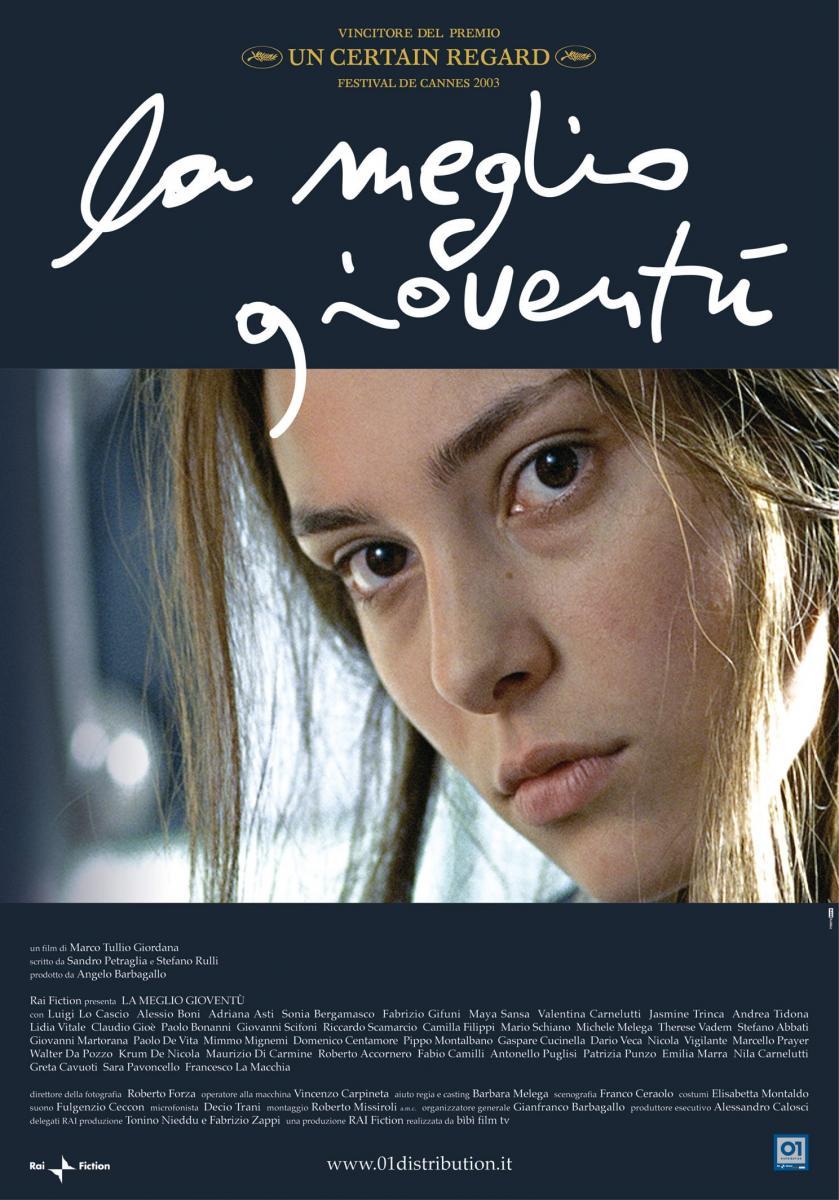