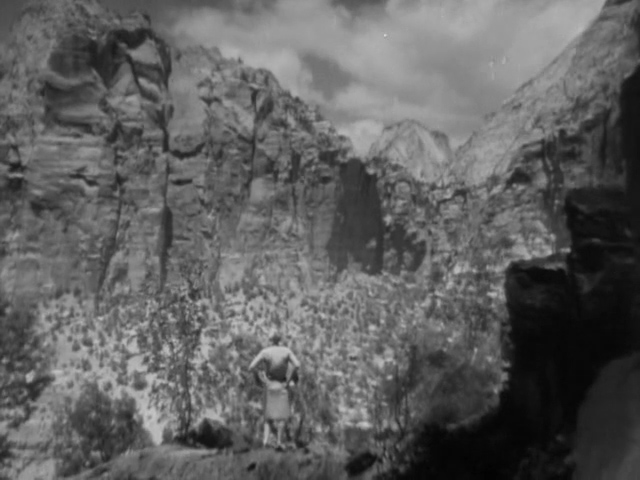 I had never heard of actress Dorothy Mackaill prior to her appearance in the Movie Slot Machine. Her career straddled a period for which I don't hold much natural interest — the awkward transition from silent to sound movies — and ended by her own choice prior to the end of the 1930s. One of her earliest sound features, The Great Divide in 1929, was aptly titled for a movie that was released in both silent and sound versions at such an uncertain moment in film history, and showcases Mackaill as handling the change of format with impressive skill.

A practical joke turns into a romantic felony when a wealthy mine owner (Ian Keith) passes himself off as a Mexican bandit in order to tease a rude tourist (Mackaill). This exotic stranger appeals to the jaded party girl, and sparks fly — until she discovers his ruse and rejects him; but when he realizes she is actually the daughter of his deceased business partner, he decides that the only way to teach this spoiled floozy (who necks, drinks and smokes, to his considerable offense) some manners is to kidnap her and go camping. of course, this impulsive plan works, but not without a few bumps provided by a jealous señorita (Myrna Loy) and a half-assed lynch mob.

With the thin plot of a tepid Rob Schneider movie plumped up by a handful of comical musical numbers, The Great Divide is not very memorable for its story or characters, but isn't without points of interest. Notably, it features a rare Asian actor (Frank Tang) in the part of Keith's Chinese manservant; however, whatever progressive racial cred director Reginald Barker earned with this unusually authentic casting is immediately tanked by the vamping Loy's ludicrous accent. Smug Keith doesn't fare much better when he adopts his false Mexican persona, sounding more like Transylvania by way of County Cork. Compared to her clowning co-stars, Mackaill doesn't need to do much to stand out, but she delivers a surprisingly natural performance for an actress whose popularity peaked during the silent era. Lacking even the hamminess that persisted through much of the 1930s-40s, Mackaill is shockingly subtle and even a bit affecting, suggesting that she might have had a more substantial career ahead of her if she hadn't retired at age 34 in 1937.

There's a bit of campy fun in The Great Divide, especially when Loy is let loose to fawn over Keith or pull a blade on Mackaill, or when the lynch mob easily gives up on Keith and offer instead to string up an effete city dandy (Lucien Littlefield) because they object to his fancy pants. the inconsequential musical numbers are passably diverting time-fillers but thankfully do not push the running time too far past the hour mark. For contemporary audiences who are weary of reboots, it may be comforting (or the opposite of that) to know that this flimsy romantic melodramedy was adapted from a Broadway play, which had been previously filmed by Barker in 1925, and would be revisited yet again just two years later under the title Woman Hungry. 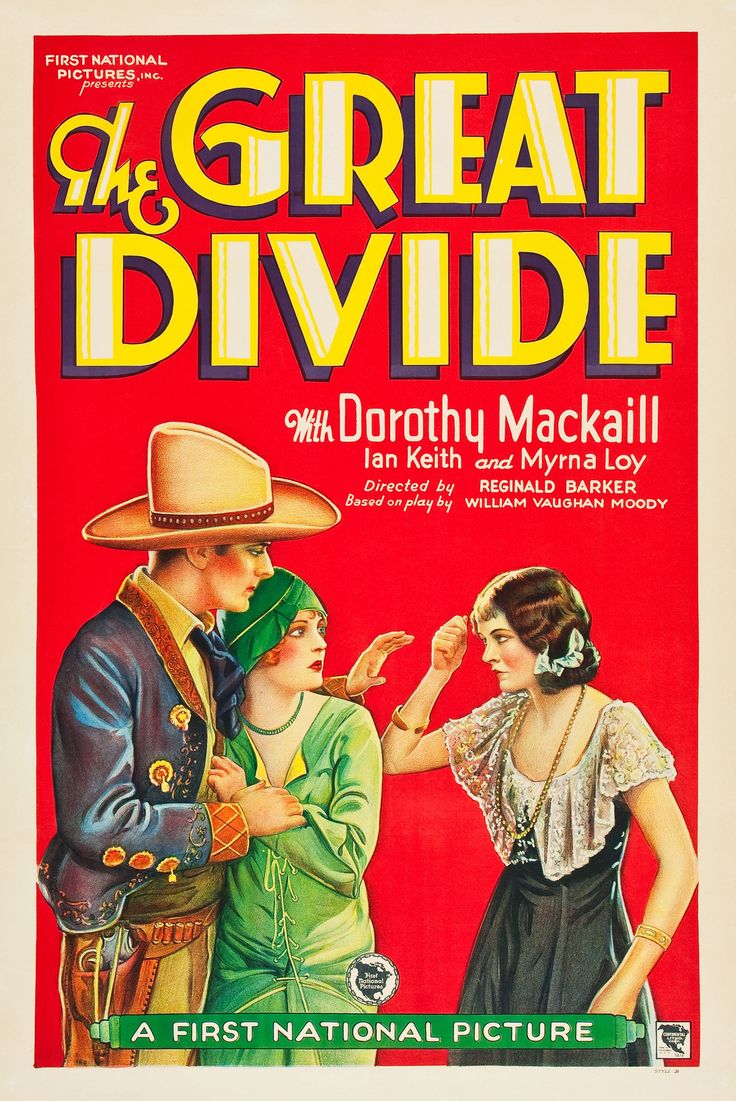