Get lost, will you? We're having a serious talk.

The Great Beauty (a.k.a. La grande bellezza) swept the Best Foreign Language Film categories at the Oscars, Golden Globes and BAFTAs in 2014. Interestingly, it was the only movie nominated by all three competitions, with high profile and heavy films like The Hunt, Blue Is the Warmest Color, The Wind Rises, The Act of Killing, The Broken Circle Breakdown, and Omar spread out in contention for one or two of the same prizes. While Paolo Sorrentino's movie is technically dazzling with a tremendous leading performance, its subject — an aging playboy rueing the emptiness of his life while also lamenting the cultural decline of Rome — seems outright superficial compared to its rivals. However, it's not hard to see how such a story might strike a chord with the celebrities and movie industry insiders who vote for these accolades.

Toni Servillo gives a warm, sad and wonderful performance as Jep Gambardella, a fleetingly important writer in his youth who was quickly seduced by "the whirlpool of high society" and traded in his literary ambition for the lazy, glamorous life of a cultural observer for prestigious magazines. Now 65, Jep is considerably out-of-step with contemporary Rome, which he sees as a mess of posturing youths exhibiting their rage and anxieties and labeling it as "art," even though there is no coherent thought or intent behind it. There is no connection between these new heralds of Roman "culture" and the grand monuments of the city's historic past, except when they can serve as ironic backdrops for "edgy" performances, and even less connection between the glitterati and the city's significant spiritual legacy. Jep's generation of elitist intellectuals, by indulging in the sweet life more than the life of the mind, have provided a faulty conduit for the next generation to continue a tradition worthy of Rome's past. With an increasing awareness of the loneliness, and, ultimately, impotence of his lifestyle, Jep begins searching for greater meaning — but still parties all night and sleeps until late afternoon.

The Great Beauty is visually quite wonderful, especially in how Sorrentino evokes the character of Rome, and he seems to wear his debts to Fellini quite proudly, with glimmers of La Dolce Vita, 8 ½ and Fellini's Roma winking constantly through Sorrentino's lens. However, The Great Beauty is still very much a unique and personal movie, and Sorrentino deserves full credit for creating a complex character who is as much a cause and symptom of the degradation that he abhors as he is a victim of it. Even though Jep seems to bask in the flavors of Rome during the late afternoon and evenings — the hours when nuns, tourists, businessmen and normal people bustle around the city — he also projects his inner-dissatisfaction with the vacuous nightlife onto the city itself, as if it is wholly characterized by the small number of rich and vacuous charlatans with whom he spends his time. There is a terrific scene in which Jep witheringly dresses down a friend who claims that her writing has been important in the social progress of Rome, and he confronts her with the series of failures in her life — as well as his own — that render their minor contributions functionally useless. Jep's self-awareness isn't complete, but is just progressive enough to be painful without providing the will for self-relief.

The problem with The Great Beauty is that Sorrentino, also, seems to be only half-aware, and projecting his own angst somewhat lamely onto Jep, but doesn't know how to use him within, or as a way out of, his own story. For most viewers, Jep's problem should be self-evident, and the way out is simple. When Jep learns that the one true love of his young life has passed away, however — and that she left him for a comfortable life with an ordinary man who watches TV and goes to bed early — he is unable to process the signal beyond a condescending nod to its quaintness. Instead, he tries to deal with his late-life crisis by dating an unsophisticated aging stripper and fixating on the youthful vision of his lost love before she opted out. It's around this same time that Sorrentino gets elliptical with his narrative — he tries to sneak past the death of a major character — and not with any resonating purpose, unless it is to highlight the depth of Jep's narcissism and inability to deal with real loss, but even then it is handled so obliquely that it lacks punch. As The Great Beauty enters its last half-hour, one suspects that Sorrentino is guilty of the same artistic obtuseness for which Jep shows contempt near the beginning, resorting to disconnected anti-intellectual post-modernist flourishes that leave aesthetic impressions but lack clear substance and refuse interrogation. It's also possible that Jep himself has died at some point during the course of the movie, and parts (or all) are merely his own deathdream as he leaves one great beauty, life, for the one that always follows.

The Great Beauty tackles, and shies away from, some interesting ideas, and does so with style, but I still can't help but wonder if its rather mealy-mouthed fear of self-confrontation is what earned it such accolades. Here is a movie that appeals half-heartedly to both the guilt and ego of the fabulous, and then appears to let them off the hook for their complicity in their own emptiness and what they perceive as a cultural malaise. Instead, it invites them to escape into their juvenile romantic fantasies, as if wallowing even further into self-indulgence is the key that they had been missing all along. 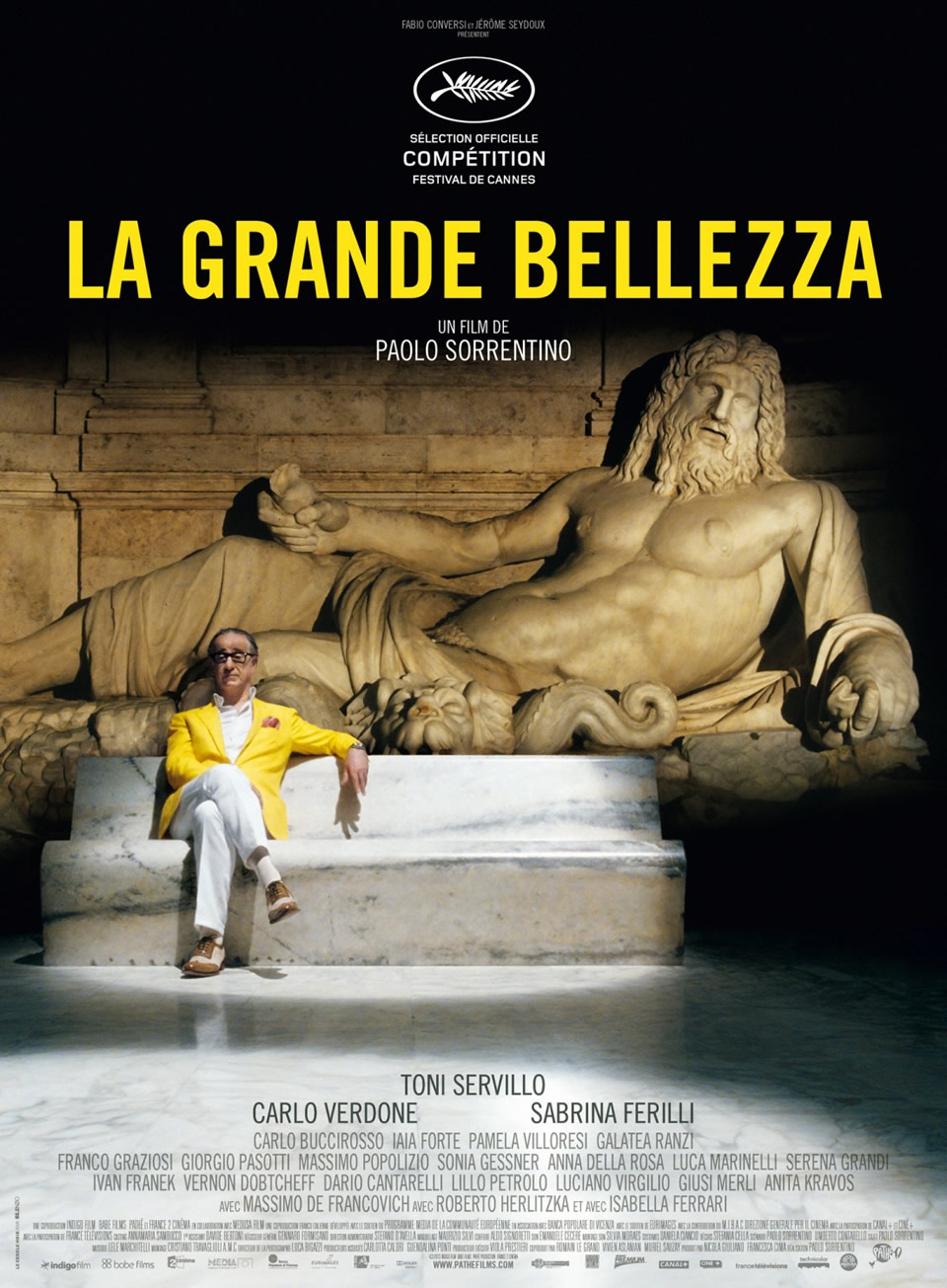