It's always exciting to come across a highly regarded movie that is completely unknown to me, and when I started looking at MovieLens for suggestions based on my 20 favorite movies, I was surprised to find something called 13 Tzameti appearing repeatedly on list after list. Gela Babluani's 2005 thriller has the added bonus of being the first movie I've ever seen from the country of Georgia, exponentially increasing its mysterious allure.

After a plodding opening act that seems both narratively directionless and clumsily grasping for an "art film" aesthetic that does not necessarily suit its content, 13 Tzameti comes to life as it leaps into its second act — which was, doubtlessly, its sole inspiration. Distressingly spare, Babluani's raw-but-restrained depiction of a naive young man stumbling into the arena of an underground bloodsport is nearly perfect, creating one of the most gruelingly tense movie half-hours of the past two decades. It's a marvel, while it lasts.

Although the movie's finale is smoother and more organic than its awkward opening act, it's unexceptional compared to the confident and electrifying centerpiece. Babluani helmed a Hollywood remake in 2010, which hopefully gave him the opportunity to conceive an introduction and conclusion that are more on par with his vision for the riveting, unforgettable core of 13 Tzameti.

MovieLens suggested #13Tzameti for my Shadow Top 20 as similar to Martin Scorsese's stylish and violent masterpiece of urban moral decay, Taxi Driver. While Babluani's rough and uneven debut is a far cry from Scorsese entering the long peak period of his stellar career, there are both superficial and thematic commonalities that make this a more than reasonable recommendation, and one I'm glad to have received. 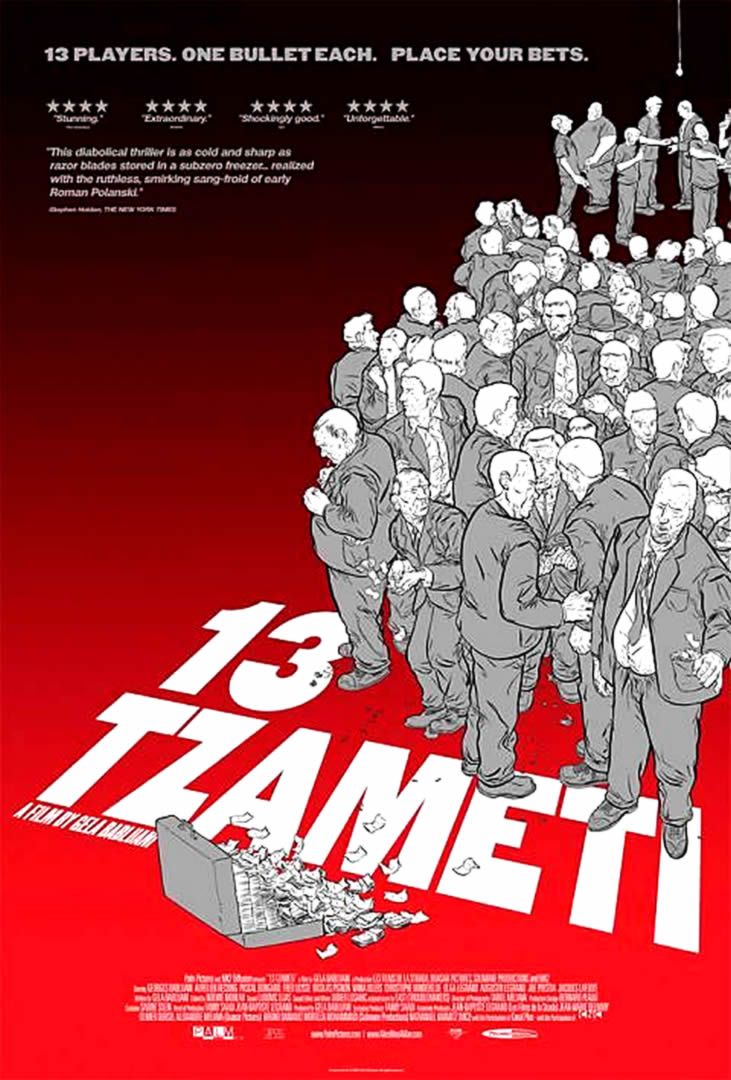