You're so big and so well-grown... you should be proud of your body.

For a pulpy sword & sorcery action yarn, Conan the Barbarian hits so many targets with perfect, meaty aim in its first and final acts, that the weird detour it takes during the middle is most perplexing.

During the first half-hour, Conan transforms from an orphaned moppet into a mighty, all-conquering gladiator; in the last, our fearsome hero vanquishes a reptilian cult. However, in between he turns into the mythological equivalent of a mopey punk teenager, scampering around with no purpose, and getting easily spooked by sights that can't have been new to a man who grew up as child-slave-turned-professional-murderer. Look out, ideally toned muscleman: wild dogs! a skeleton! eek!

Interestingly, Conan's "dweeb" period is bookended by two acts of magic, so maybe writer/director John Milius had something to say about wizardry (or, more likely, women) having the power to both drain and fill a warrior's soul, but he forgot to actually say it. In any event, both Conan's initial rise to brawny dominance and eventual rediscovery of his innate badassness are wonderfully realized by Milius, who goes all-in on the epic canvas required to do this character justice.

Like John Boorman's excellent Excalibur from the previous year, Conan's world is rough, dirty and physical, populated by homunculi brandishing unwieldy weapons and encumbered by awkward armors and furs. With master actors like Max Von Sydow, James Earl Jones, and Mako standing guard, little is required of Arnold's limited performing skills beyond flexing and grunting (it helps that Sandahl Bergman is on-hand to make him look competent by comparison). Directory of photography Duke Callaghan, who spent most of his career shooting TV, makes the most of this chance to work big.

Conan the Barbarian is a holistically pleasing conceptual exercise from the gung-ho Milius (with co-writer Oliver Stone) in adapting Robert E. Howard's popular fantasy stories, with its only flaw that the Hero's Journey goes on vacation for half of the movie.

Trailer for Conan the Barbarian (1982) 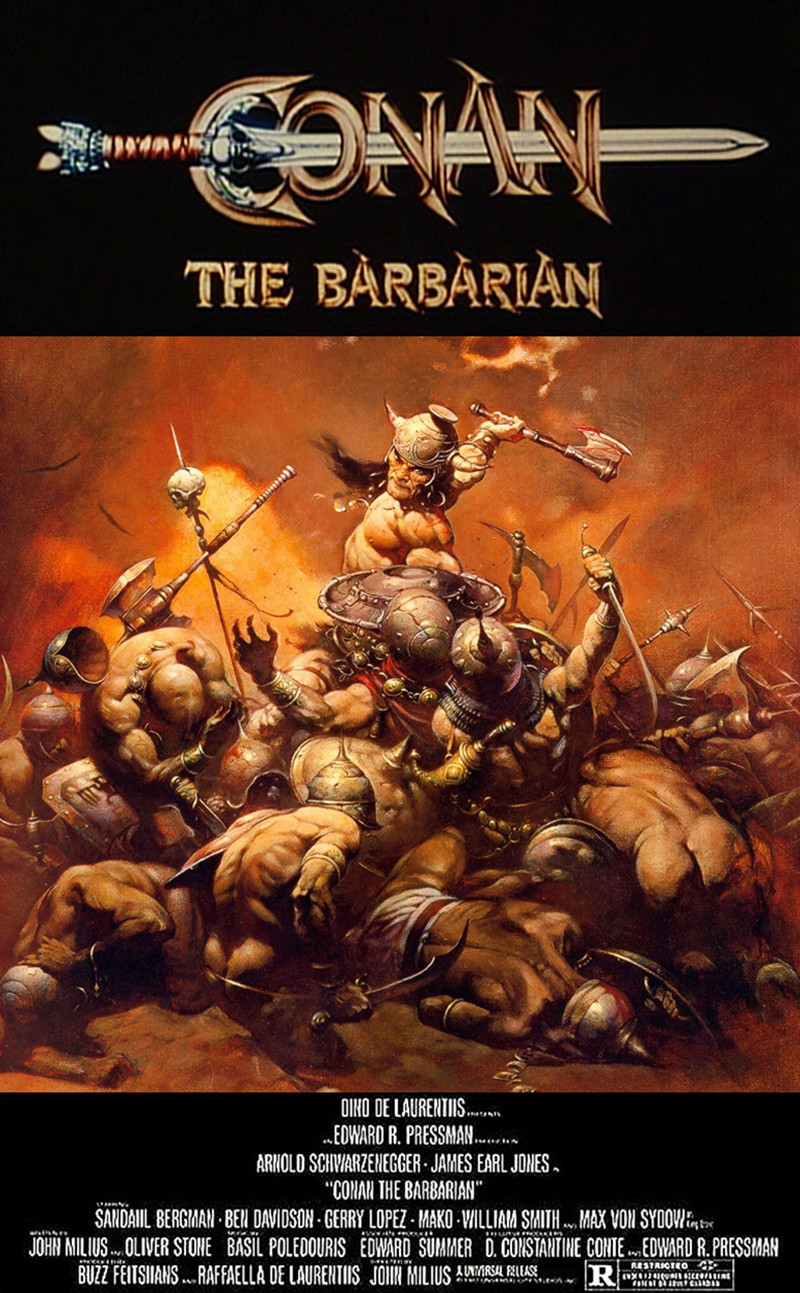