I've proposed to her. She almost said yes.

Francois Truffaut's Jules and Jim is so densely packed that it's nearly impossible, on first viewing, to fully appreciate the whirlwind montage of the first 15 minutes while also keeping up with its subtitles. Even though this brisk opening is stylish and funny, its affectionate send-up of a frivolous bohemian lifestyle, which might have soon grown tiresome, quickly gives way to a more patient and substantial examination of the difficult sexual politics that lie between the bipolar male impulses to idealize and demoralize women.

Jules and Jim are the best of friends — until they add a third party to their intimately symbiotic relationship: Catherine (Jeanne Moreau). Idolized and objectified by both men, Catherine defies their casual categorizations of her gender by embodying all of them in a manner that subverts and shatters their detached, self-involved form of masculine possessiveness. Truffaut's movie is bursting with subtextually rich and visually poetic expressions of the shifting dynamics within this love triangle, but it works better as an intellectual exercise than it does a melodrama, which is not a flaw, but it is distancing. Like many other movies from the early French New Wave, Jules and Jim's view of women is sharp and daring but also stuck within the very limited perspective that it attempts to critique. Truffaut, like Godard in My Life to Live, seems to be self-aware enough to recognize his own complicity in objectifying women, and attempts to face it cathartically through his title characters, but in this process unavoidably and wholly enslaves his heroine to the whims of his own male gaze. Instead of expanding on the humanity of Catherine, she is a mere device. Even if this was Truffaut's deconstructionist intent, it's not transformative, but rather yet another box neatly designed to not appear like a box. In the end, Catherine is just another negative female stereotype, destroying men both literally and figuratively.

Jules and Jim is fascinating, and merely scanning it for a second time to capture stills revealed the depth of thought put into its construction, but I would trade a little of that for a little more heart.

MovieLens suggested Jules et Jim as similar to my favorite Woody Allen movie, Manhattan. It's an interesting, and apt, recommendation, both in terms of content and form. Each movie features an uneasy love triangle involving two male friends and one woman, and both are filmed in lovely black and white — Jules and Jim by the recently deceased Raoul Coutard and Manhattan by the incomparable Gordon Willis — but Allen's idiosyncratic writing is not overly intellectual and, at his best, is rooted in the complex and often subconscious contradictions of the human heart, which is the type of writing that appeals to me the most. 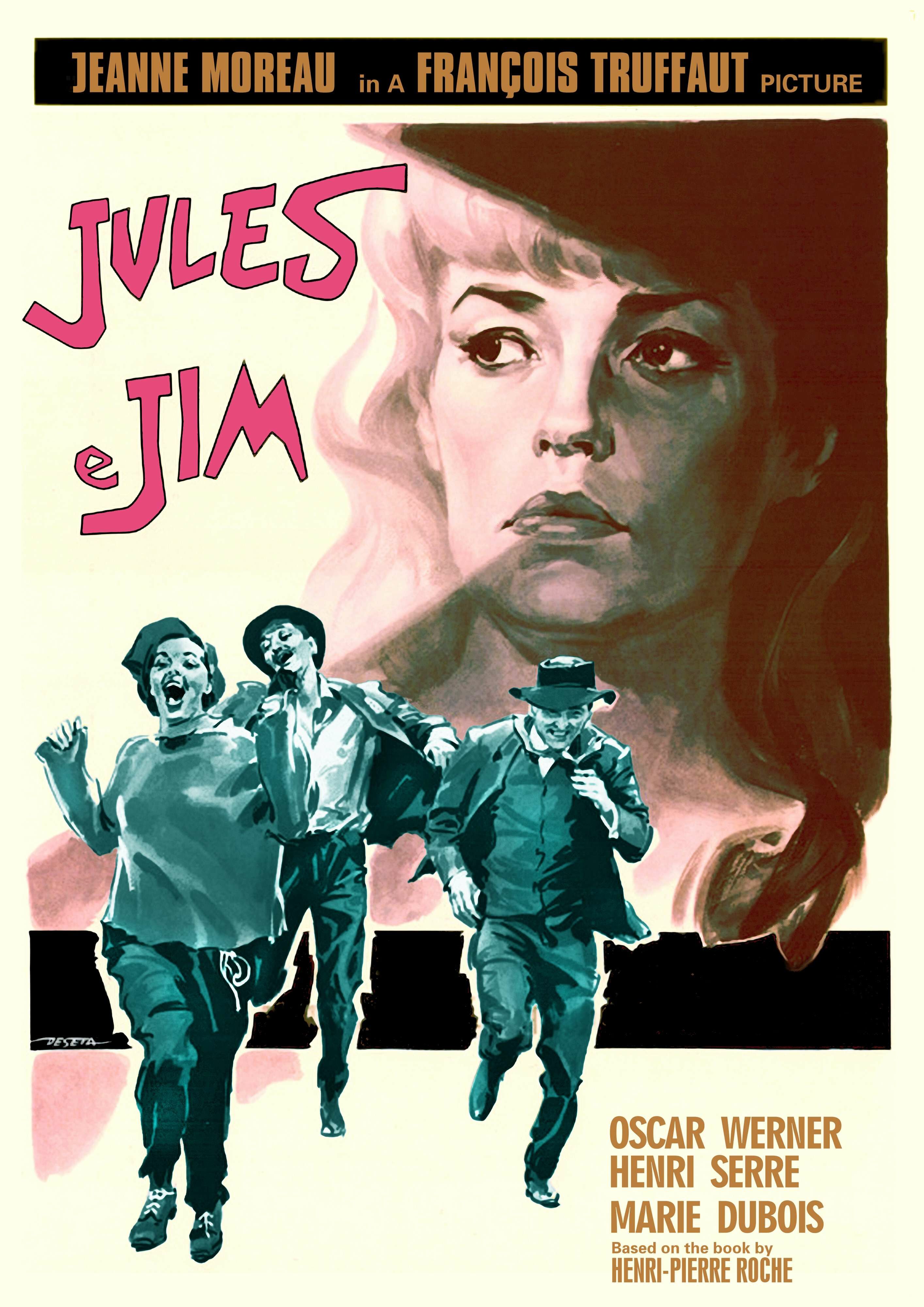