It's part of the fundamental bargain of moviegoing that audiences expect a level of sensationalism, even in movies dealing with historical events. Drama, by its very nature, heightens emotions and draws greater relief between conflicting elements than may exist in real life, all for the purpose of illustrating greater truths than may be discernible in comparative banality of fact. However, there are rare cases in which the grandeur of real life needs little to no embellishment to capture the same allure as a wholly concocted fantasy, and in which the smaller truths revealed by the mundane realities of human ambition might be more meaningful than an artificial alternative. This multi-national production recounting the raft voyage of Thor Heyerdahl and his crew from South America to Polynesia is a prime example of how manufactured Hollywood-esque thrills can smother the presumably richer excitement of the neglected true story.

Directors Joachim Ronning and Espen Sandberg succeed at crafting a visual spectacle, but Kon-Tiki looks, in fact, too great, with its slickly grand cinematography dominating all else, turning even quiet moments of human interaction into overproduced exercises in commercial-level art direction, the kind in which the aesthetics take priority over the people. This approach is consistent through the acting and plotting, as well, with broad performances that only hint at the authentic experience endured by Heyerdahl and his fellow sailors, and a series of sensational events that reduce this incredible feat of human endeavor to a formulaic Disneyfied "adventure" that is indistinguishable from less-inspired subject matter.

Aside from one tremendous sequence, the ambitious visual flair of Kon-Tiki is all technical, lacking in poetry or real heart. Thankfully, Ronning and Sandberg nearly avoid cheap sentimentality altogether, making their blunt, dumbed-down treatment consistently tolerable, but there remains the nagging suspicion that the real story would've been preferable. The 1951 Oscar-winning documentary Kon Tiki confirms as much.

MovieLens' recommendation of Kon-Tiki as similar to The Empire Strikes Back is one of the engine's most unorthodox suggestions for my Shadow Top 20. Both movies are, indeed, sweeping adventures covering mysterious expanses. the gulf in quality is substantial, but the cleverness of the match is admirable. 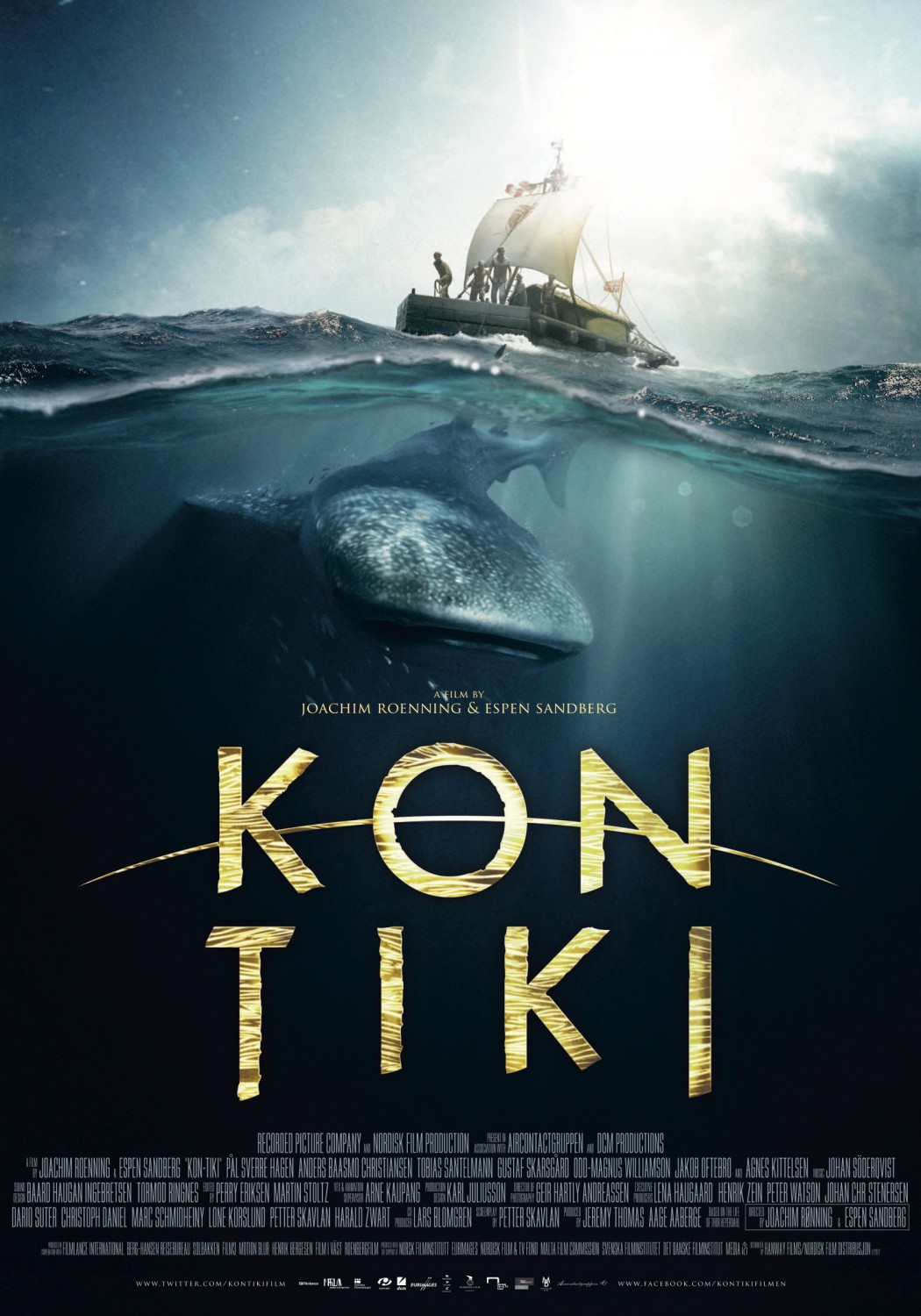