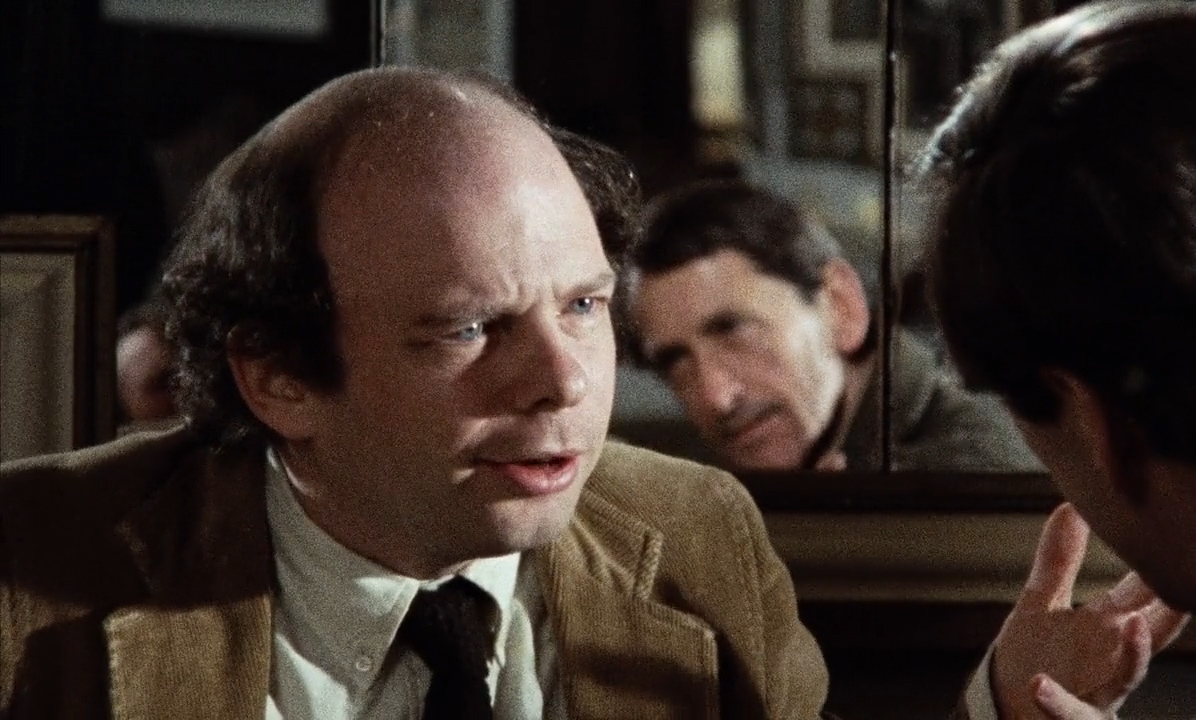 I really feel as if everything I've done is horrific, absolutely horrific.

My Dinner with André could be uncharitably described as the story of a wealthy intellectual with too much time on his hands who invites a poor friend to an expensive dinner only to accuse him of leading a meaningless existence. There's more to it, of course, but too little of the analysis I've read focuses on what a creep André is, something he himself tries to laugh off during the course of their 100-minute conversation.

Written and performed by André Gregory and Wallace Shawn, Louis Malle's quintessential art house movie of the 1980s is about two old colleagues, a successful director (Gregory) and and a struggling playwright (Shawn), who meet for dinner and talk. For the first hour, Gregory shares his experiences as part of an assortment of eccentric living-art projects, the essence of which simulate and amplify the experiences of birth, life and death through communal activities. Even though Gregory is self-aware enough to joke that his stories sound insane, and likens himself to Nazi architect Albert Speer for his apologetic role in such bizarre rituals, Shawn finally ceases politely nodding and engages in the underlying philosophical discussion, which is Andre's assumption that ordinary lives spent in comfort or a routine of economic survival are devoid of value. Despite some vigorous argument, Shawn leaves the dinner stimulated and reflecting on his life, which had become a pattern of small pleasures.

It's not clear what effect the conversation has on Gregory, who is a chronic seeker for whom the search for enlightenment is also the end, if there is an end. the benefit is all Shawn's, which suggests either an authorial endorsement for Gregory's obnoxiously exclusionary brand of smug mine-not-yours "mean ing," or merely that talking about ideas can be invigorating, even when the person who does most of the talking is a privileged monster.

MovieLens suggested that I watch My Dinner with André based on its similarities to Woody Allen's 1977 classic Annie Hall. Aside from the New York setting, both films are dialog-centric and feature characters who are questioning the meaning of their lives. Annie Hall is quite a bit more dynamic (aren't most movies?), but it's a fair enough connection considering how few movies are anything like My Dinner with André.

Discuss My Dinner with André @ Letterboxd 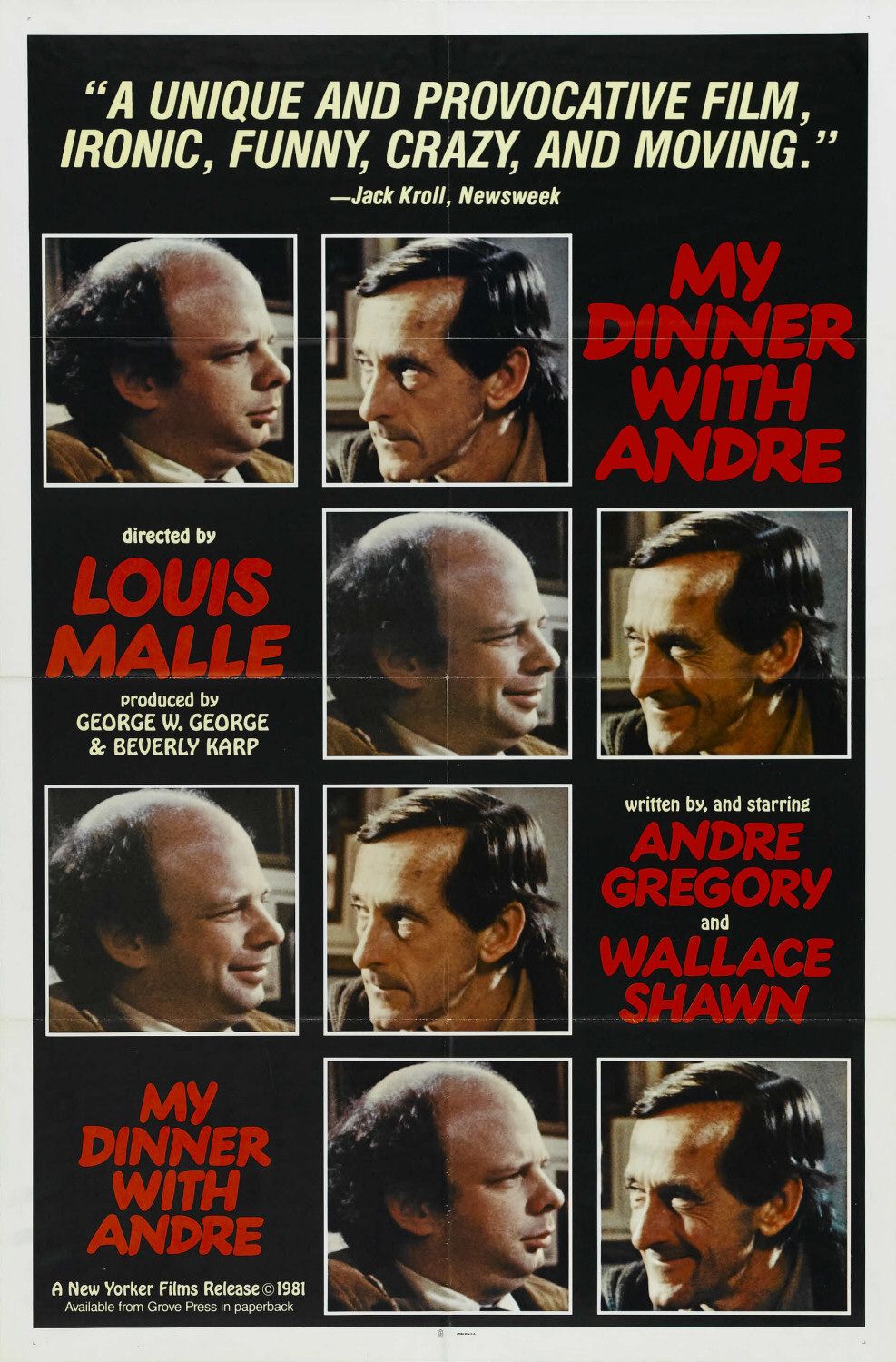