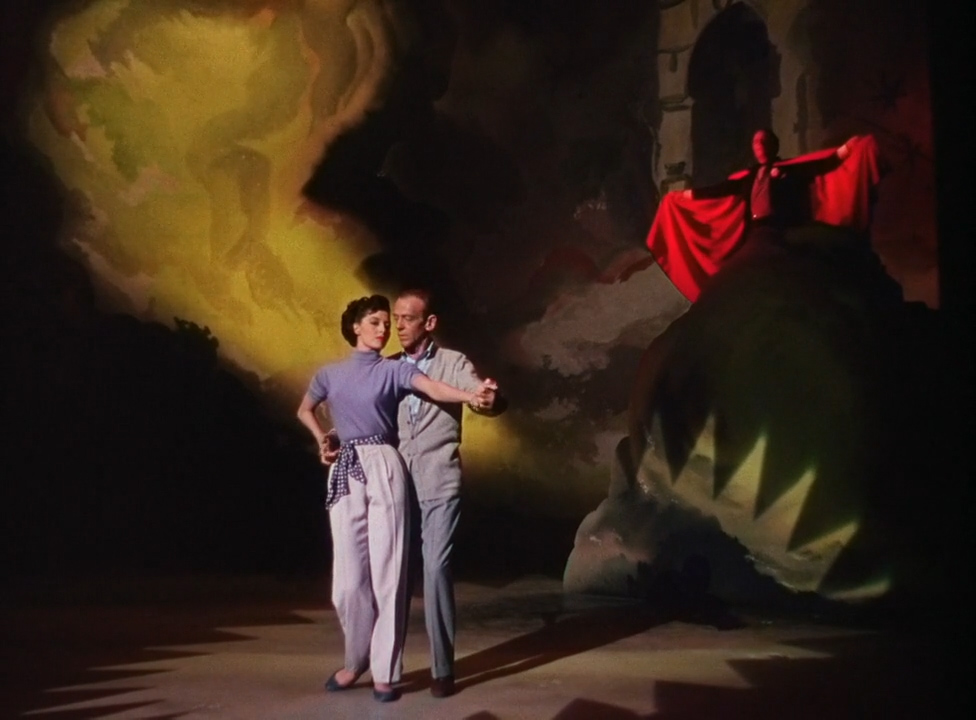 You got the right slant: you're pretty happy as you are.

The Band Wagon's reputation as one of the great Hollywood musicals of its era is all the evidence I need that I watch movies for an entirely different purpose than most people. There's no doubting that it is absolutely lovely to look at, a real marvel of art direction, full of lively musical numbers with neat choreography performed by appealing stars. It's also, however, a movie with no sense of itself, devolving from a mildly amusing attempt to piggyback on the success of Singin' in the Rain to a completely random assortment of disconnected songs that, at best, are utterly meaningless in relation to each other and the project as a whole.

Fred Astaire stars as Tony Hunter, a has-been star of stage and screen who is pitched a comeback role by his writing-team friends (Oscar Levant and Nanette Fabray). However, the project is immediately hijacked by pompous impresario Jeffrey Cordova (Jack Buchanan), who attempts to turn their musical comedy into a bloated, self-important riff on Faust. Co-starring with Hunter is famous ballerina Gabrielle Gerard (Cyd Charisse) making her Broadway debut. Despite a very loose adherence to plot and an over-dependence on formula — Tony and Gabrielle become unconvincingly adversarial for no compelling reason other than to later fall in love — the first half of The Band Wagon has some neat moments. "Dancing in the Dark" makes the thin romance between the two stars worthwhile, and "That's Entertainment" is lively if too close to Singin' in the Rain's vastly superior "Make 'Em Laugh!" Best of all, however, is the movie's send-up of the senselessly ambitious Orson Welles-like Cordova, whose disastrous vision exasperates the song-and-dance-oriented Hunter. After Cordova's epic bombs during its out-of-town previews, the team agrees to drop the nonsense and give the audience what they really want.

It's not fair to accuse The Band Wagon for going astray during its third act, because it doesn't have one. What it does have is another movie's third act. Or, rather, several other movies' third acts. For a musical that hit screens at the dawn of the TV age, perhaps it's fitting that watching the last half-hour of The Band Wagon is like flipping channels, as it presents a series of musical numbers from the retooled play-within-the-movie. This conceit can work when the story-within-the-story advances and comments on the plot, characters and themes of its parent, but instead the story from the first half of The Band Wagon is revealed as mere filler padding time in the build-up to a revue of random songs. Few things annoy me in a movie like wasting my time on distractions; at least The Band Wagon is shifty enough in its structure that I can't tell which half should perturb me.

There's no arguing against the talent of Astaire, Charisse, Levant, Buchanan or the wonderful Fabray — or that Minelli can direct a stunning musical sequence. However, the sheer pointlessness of that last 30 minutes quickly became a numbing revelation that part or all of the movie had been utterly disposable. Even worse than merely abandoning the supposed plot, the final act of The Band Wagon actively violates it. If the musical numbers showcased near the end of The Band Wagon were intended to, in some way, belong to the story originally pitched by Levant and Fabray, then the resulting "hit" version of play is even more incoherent and insufferably over-produced than was Cordova's maligned bastardization of it. Even taken as a random revue-style performance, the climactic "Girl Hunt" number, with its expressionistic take on film noir ("Expressionistic of what?" you may ask, quite correctly), is directly at-odds with the lyrics of the "That's Entertainment" reprise that follows it, leaving me to wonder if Minnelli had simply stopped paying attention around the same time that I did.

It's worth noting that Minnelli's The Band Wagon is itself a re-tooling of a 1931 Broadway musical which was one of the greats of the revue-style format, and that decades later a popular series of films compiling famous movie musical numbers took "That's Entertainment!" as both their title and anthem. In both cases, no plot at all is far preferable to a flimsy, half-assed narrative that is surreptitiously discarded.

MovieLens' recommendation of The Band Wagon as similar to Singin' in the Rain is one of the engine's easiest suggestions. Several times while watching the Band Wagon it felt like an attempt to copy the Gene Kelly classic, particularly with the "That's Entertainment" number rather desperately aping "Make 'Em Laugh." No contest for me which of the two is more successful. 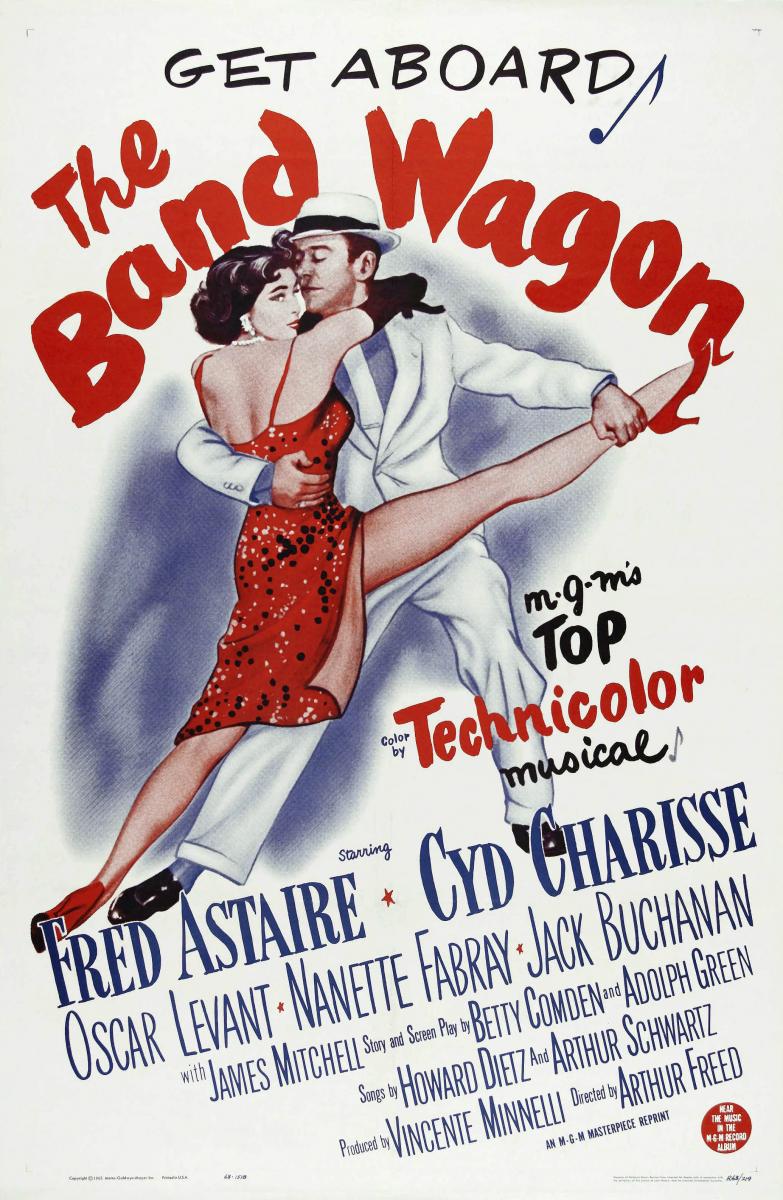