I've picked up Douglas Adams' comic sci-fi novel The Hitchhiker's Guide to the Galaxy a couple of times, both many years ago, and read up to a few chapters before losing interest. It's been recommended to me repeatedly, as it sounds like humor tailored directly to my taste, but I find its zany style dull and aggravating to experience first-hand. This may seem like a counterintuitive reaction from someone who loves absurdist comedies like Airplane! and Anchorman, but I believe that wacky humor works best when it's ricocheting off of the walls of a framework of sober realism, and played straight whenever possible; Adams' writing, as far as I can remember, is simply too full of jokes, leaving very little else to hold onto.

Garth Jennings' 2005 movie adaptation, while visually inventive, takes a similar approach, striking a virtually monotonous tone of hyper mugging. There are laughs — mostly at moments of neat creature design — but they're never enriched by interest in the characters or their uninspired adventures, which seem a distant priority. Martin Freeman stars as Arthur Dent, an Earthling whisked away on a cosmic misadventure. Freeman's flummoxed shtick seems like a good fit for the material, but Jennings has little time for normal people, preferring the more colorful cardboard goofiness of Sam Rockwell, as Zaphod Beeblebrox. Mos Def, who I've liked in Monster's Ball and the TV series Dexter, is not polished enough as a performer to fit in with his relentlessly broad castmates, and he's not helped by the feeling that his always-present character is completely unnecessary. Zooey Deschanel has little to do but act quirky and blink her big eyes as motivation for Dent's increasing and pointless frustration. the all-star cast also wastes Warwick Davis, Bill Nighy, Anna Chancellor, John Malkovich (whose few seconds are the most delightful in the movie), Kelly Macdonald, Jason Schwartzman, Edgar Wright and the voice of Alan Rickman, whose weary robot aptly mirrored my reaction to this hyperactive blur. For a story that seems to go everywhere, The Hitchhiker's Guide to the Galaxy goes nowhere, and in every direction, and too quickly to understand why.

The Hitchhiker's Guide to the Galaxy was brought to my Potluck Film Fest by Flickcharter Ty Tag, who can be found on Flickchart under the username goat6boy. He ranks it on his chart at #57 / 2795 (98%), putting it at #5 out of 88 on his chart of Sci-Fi Comedies. The Hitchhiker's Guide to the Galaxy ranked on my Flickchart at #2338 (39%), making it my 36th favorite out of 52 Sci-Fi Comedies.

Trailer for the Hitchhiker's Guide to the Galaxy (2005)

The Hitchhiker's Guide to the Galaxy (2005) Stills

Discuss The Hitchhiker's Guide to the Galaxy @ Letterboxd 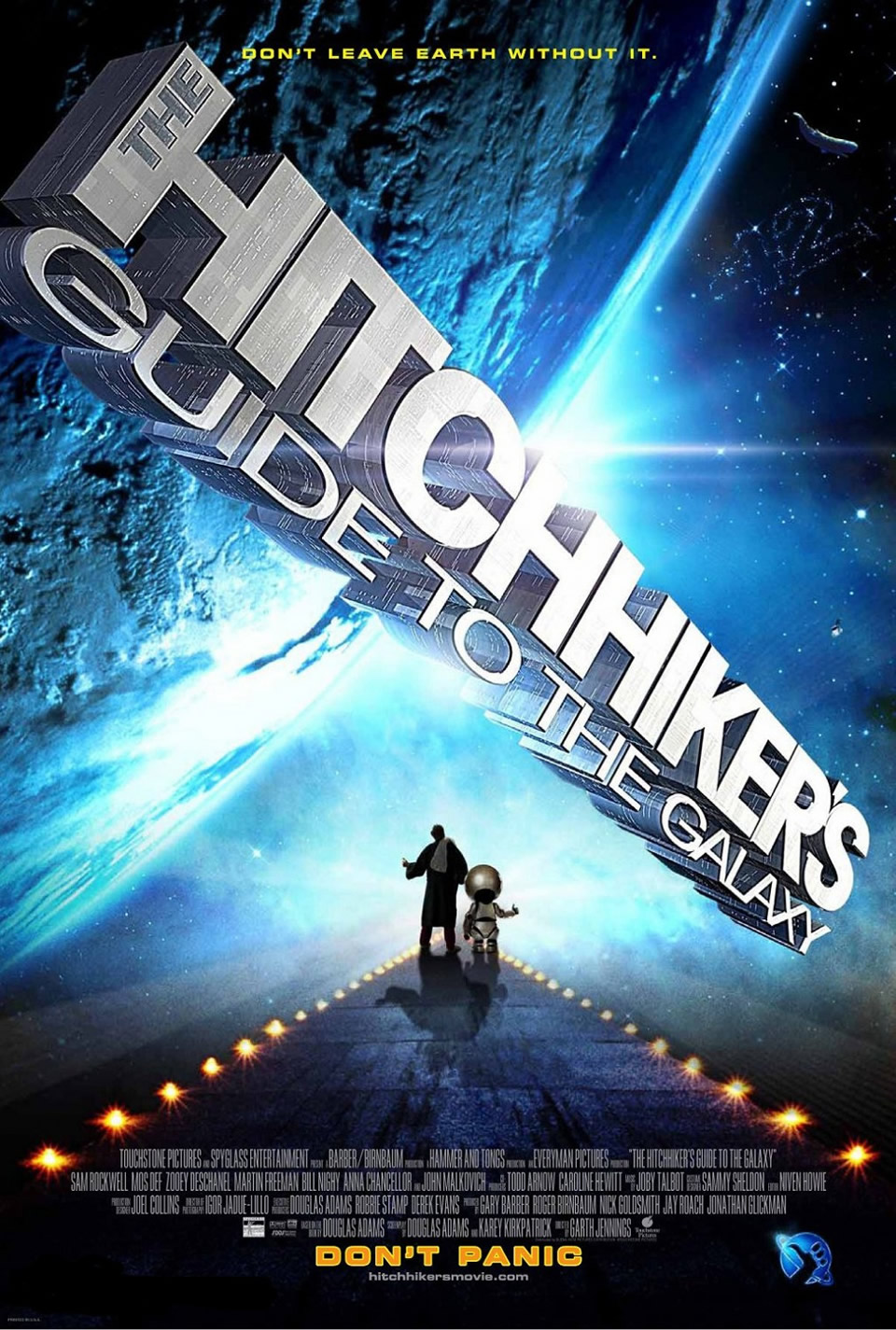