There was something in the air that night...

Concert films are for die-hard fans. Rarely will the very best concert films appeal to viewers who are indifferent to the subject. As music can be enjoyed passively, and movies require attention, sometimes even devoted fans may find that concert movies test their attention span. ABBA: The Movie, a semi-document of the Swedish pop group's Australian tour, tries a few tricks aimed at broadening, a little, this genre's naturally narrow appeal, and it partially works.

Robert Hughes stars as a country music DJ whose boss orders him to produce, in two weeks, a two-hour program on the popular group, including a conversation with the band that captures their essence. The problem with this plan is that Hughes is an idiot, who has no concept of how journalism or publicists operate, and can't even seem to manage driving around Sydney, where he lives and works. While Hughes ineptly stalks ABBA, the group performs shows, holds press conferences, and lounges in their hotel suites. As hare-brained and lazily conceived as the Hughes sub-plot is, it does break up the monotony of the concert footage — which, while quite good, includes some oddball album tracks that might not have deserved so much attention, like "Tiger" and "I Am a Marionette," both of which are staged with the theatricality of a children's cabaret act. Indeed, as Hughes interviews fans and catalogs the myriad merchandising emblazoned with the band's name and image, director Lasse Hallström devotes ample time ABBA's appeal to young kids, and some of the best moments involve their candidly unrefined thoughts on the band and spirited renditions of their songs.

ABBA: The Movie is great-looking, reflecting the group's big and bright confectionary persona, and sounds pure when the band performs hits like "Mamma Mia," "Waterloo," "S.O.S.," "Fernando," and, of course, "Dancing Queen." There's even a touch of silly fantasy in a couple of music videos, one of which is presented as Hughes' ABBA-saturated dream. Even with all of the additional material and fictional subplot, ABBA: The Movie is slight, and the focus on Hughes is a diversionary tactic away from the band members (Anni-Frid Lyngstad, Benny Andersson, Björn Ulvaeus, and Agnetha Fältskog), who seem, in their brief off-stage moments, not particularly interesting. As a casual fan — one of the millions who knows most but not all of the songs on ABBA Gold and few others — I found ABBA: The Movie pleasant, but not something that enhanced my interest; die-hard fans may find Hughes' exploits tolerable-to-excruciating, and that there's overall too little effort at personalizing or revealing the individual members as people, but the concert footage is likely excellent enough to make all of that moot.

Like most concert movies #ABBATheMovie works in tandem w/one's interest in the band. I'm a casual fan & the movie was OK. #PotLuckFilmFest https://t.co/MHYpfs7MJb

#ABBATheMovie was brought to my #PotLuckFilmFest by Patrick Nachtigall. Thanks for making me watch movie we hunted in Stockholm 25 yrs ago. https://t.co/NHwUy46pFX 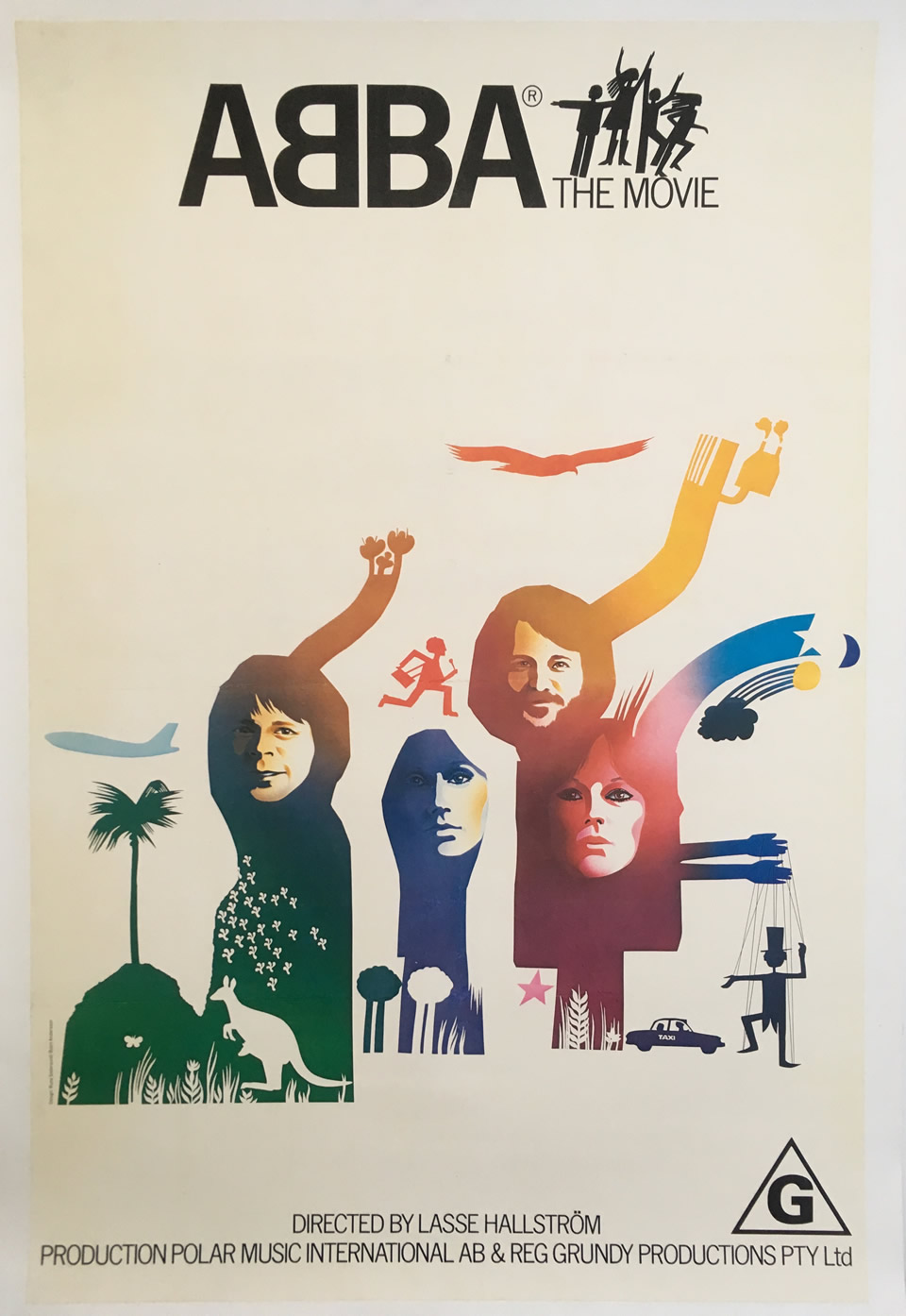