We're all traveling through time together, every day of our lives.

I knew I was in trouble with Richard Curtis' time-travel rom-dramedy About Time when, very early, an Amélie poster was prominently displayed in the main character's bedroom. I suffered throughout that precious quirksterpiece a couple of years ago, and the suggestion of a shared sensibility between Curtis and French director Jean-Pierre Jeunet — to whom I am allergic — did not bode well for a movie which I was otherwise anticipating with goodwill based on its word-of-mouth. Indeed, in many ways About Time is just as cloying and obnoxiously cute as Amélie, but, fortunately for me (or Curtis, or both of us), the one thing aspect of filmmaking at which he is better than annoying me is casting, and About Time is stocked with so many lovable performers that they just barely outweigh its many faults.

Domnhall Gleeson stars a Tim, a young man from an aggressively quirky family with a secret: the men are able to time travel within a very limited range. Tim fumbles with this newfound ability to compensate for his romantic foibles, at first with his idealized crush on a beautiful family friend (Margot Robbie) and, later, to align with his soulmate (Rachel McAdams) — which begins a fairly epic journey through many stages in their life together.

Curtis explores some sweet and even meaningful ideas in About Time, but does it in such an abrasively over-eager and "cute" manner that, if it weren't for the unavoidably engaging actors, I would probably hate it with a passion. Curtis launches an unrelenting assault of "lovably" wacky characters, precious music cues, and contrived comedy bits, and ladles over it at least five syrupy layers of maudlin sentiment. The presences of the perfectly adorable Gleeson and McAdams (who is so good she may as well be auditioning here to become the new Diane Keaton) — as well as Bill Nighy and Tom Hollander — feels, by the end, like a devious torture tactic, with Curtis using the undeniable lure of their unique charms to reel in victims for a brutal assault (frequently in the form of his conspicuous and cudgel-like use of fairly awful music — a character even unironically cites the wisdom of Baz Luhrmann's "Everybody's Free (To Wear Sunscreen)").

There's almost nothing about Curtis' style that I don't consider a movie misdemeanor, and to have so many of these minor infractions committed in such quick succession is nearly unbearable. By the end ofAbout Time — especially its ending, which coasts smoothly on the wave of artfully contrived manipulations — I felt violated, and, worse, that I had liked it. It's remarkable, really, how Curtis is able to drown his own virtues in a cascade of dreck and still come out humming; but when I think about either McAdams or Gleeson, none of my objections seem to matter much.

I knew #AboutTime was trouble when I saw that damned #Amelie poster on the wall. Same extended movie family. #PotLuckFilmFest #RichardCurtis https://t.co/EsLLHWLSZo

I hate sensibility of #RichardCurtis but he's good at what he does. I feel like #AboutTime violated me... and I liked it. #PotLuckFilmFest https://t.co/N88gyGsCJu

#AboutTime forces "charm" down your throat until you surrender. It works, but I resent it & hate myself. #PotLuckFilmFest #RichardCurtis https://t.co/hFGloYLgJF 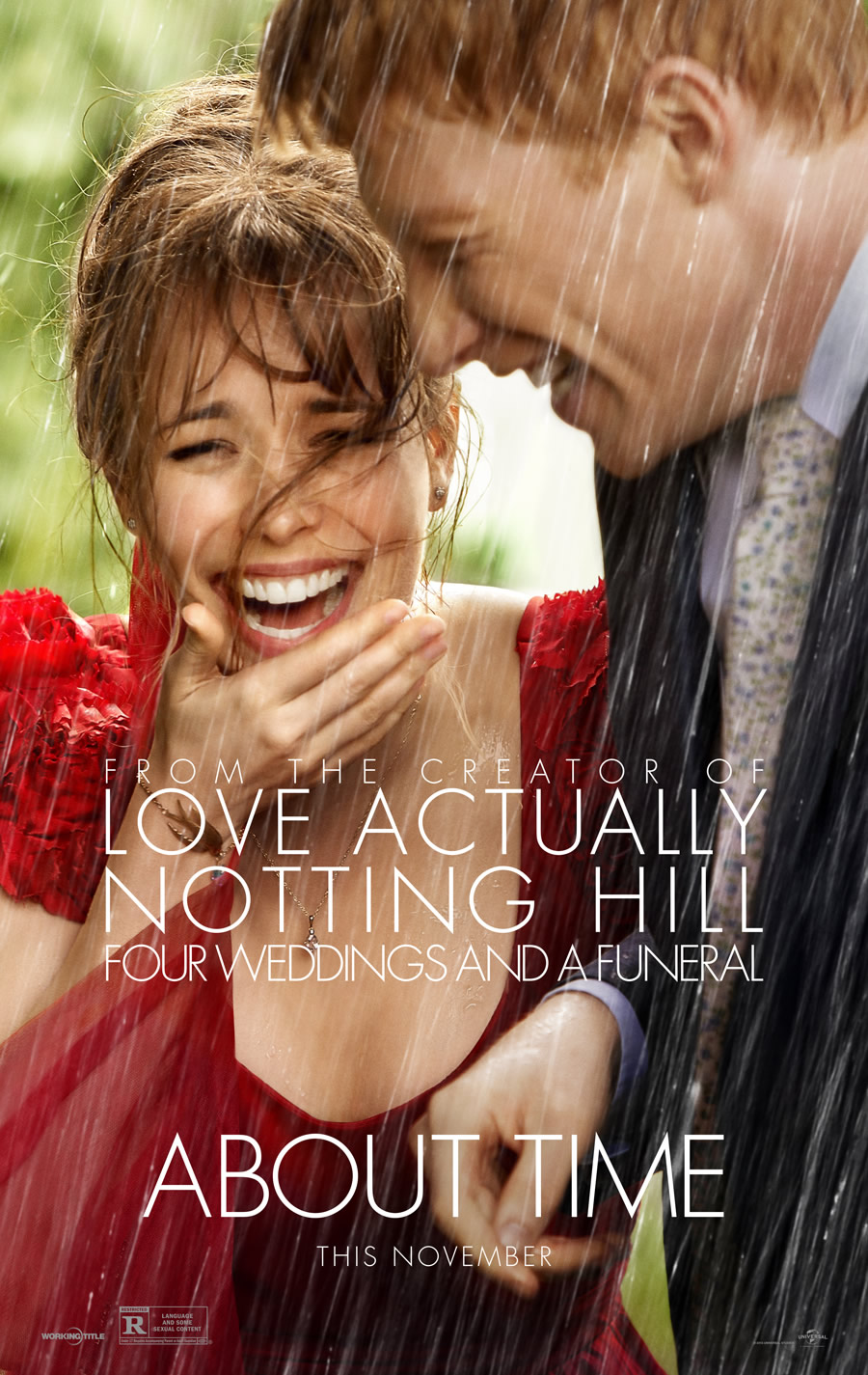