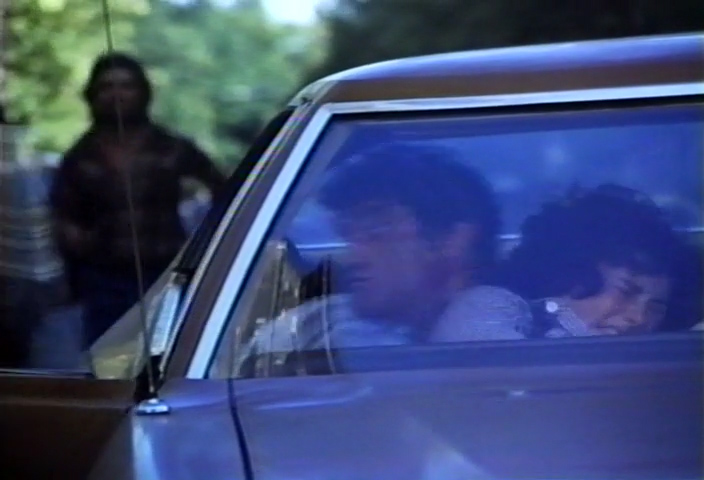 It's time to get that pot of gold at the end of the rainbow, sweet meat.

Bad news first: there isn't actually a juggler in Night of the Juggler. Now for the good news: this gritty New York city thriller is a non-stop parade of crazy, fast-paced action that deserves to be dug out of its VHS-only obscurity and appreciated alongside other rescued movie novelties such as Roar and The Miami Connection. Even though the titular "Juggler" is merely a metaphor (and a nutty one), the aura of absurdity that the notion creates is an apt description for the fun that lies in store.

James Brolin stars an ex-cop truck driver whose teen daughter (Abby Bluestone) is mistakenly kidnapped by a motor-mouthed loon (Chuck Gorman) targeting a powerful real estate developer. Brolin spends the first half of Night of the Juggler single-mindedly pursuing his child's abductor — on foot and in stolen cars, through subways and peep shows — and spends the second half himself pursued by both a deranged crooked cop (Dan Hedaya) nursing an old grudge and one of those colorful movie street gangs from the era of The Warriors. While the lieutenant assigned to the case (Richard S. Castellano; Clemenza from The Godfather) is more concerned with his own daughter's upcoming wedding, Brolin receives temporary aid from a few good Samaritans in the form of 1980 Tony Award-winner Mandy Patinkin, as an excitable cab driver, porn star Sharon Mitchell, and pretty Julie Carmen, all of whom he discards at his earliest, myopic convenience. Brolin's determined performance, which is in no small part aided by his bouncing, full-bodied hair, is a grindhouse classic of one-note fury, like the unleashed id of George C. Scott in Hardcore and an unpolished premonition of Liam Neeson in Taken.

Directed by Robert Butler from the novel by William P. McGivern, Night of the Juggler is fierce, weird and amusing from the startlingly great opening scene through the frenzied last. Butler doesn't seem like the man who directed this unhinged roller coaster. He spent decades in TV, where he directed, among many other more middling shows, the pilot for Bruce Willis' star-making series Moonlighting, and he also helmed many of Disney's theatrical comedies of the 1960s and 1970s, such as The Computer Wore Tennis Shoes and Hot Lead and Cold Feet. Sidney J. Furie, whose credits include Superman 4: The Quest for Peace and the Rodney Dangerfield soccer "comedy" Ladybugs, reportedly provided uncredited assistance. Somehow, through that combination of unspectacular workmanship, Night of the Juggler burrowed itself perfectly into a dark forgotten corner of its genre where it lies waiting to be unearthed.

Discuss Night of the Juggler @ Letterboxd 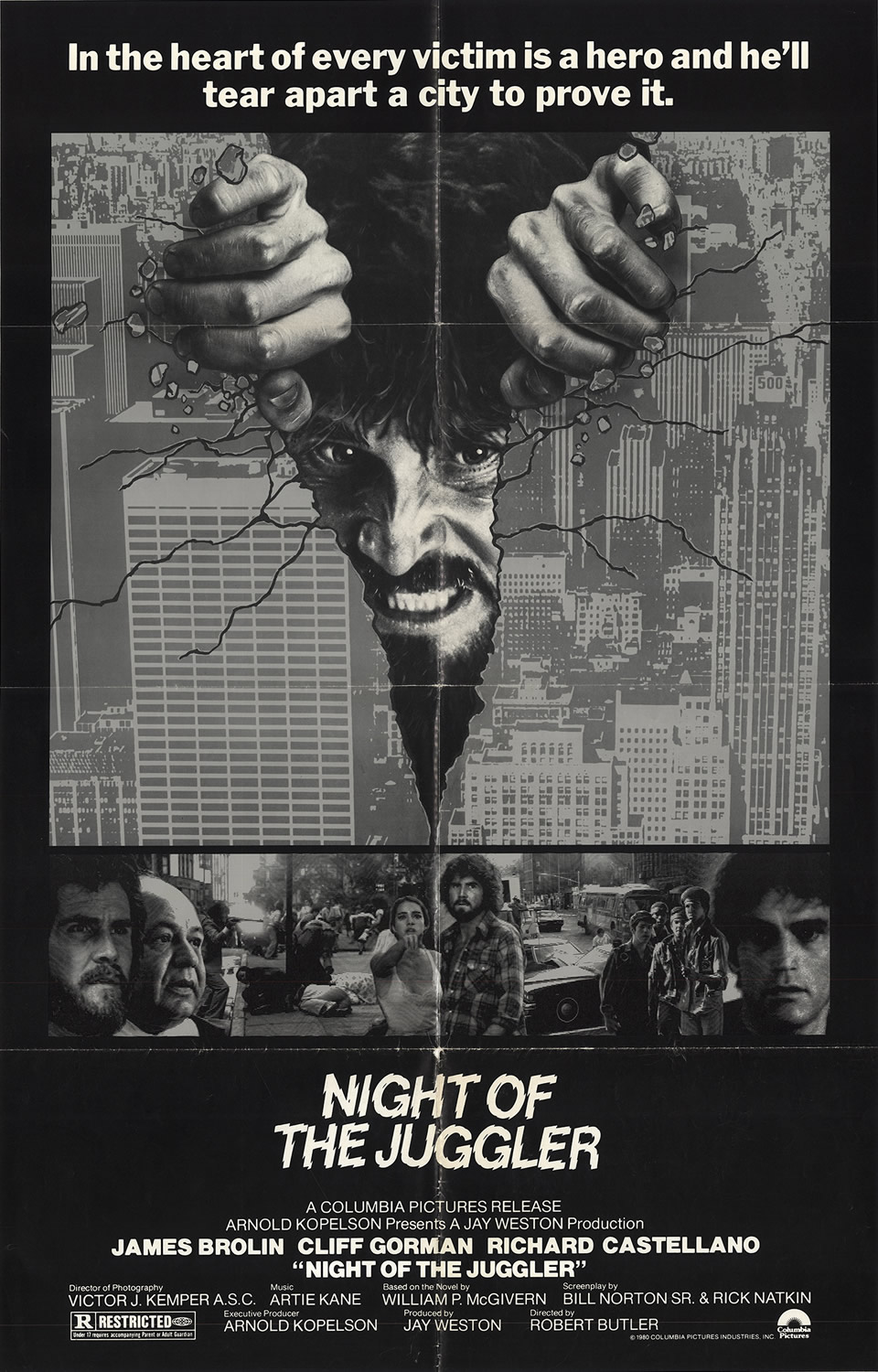