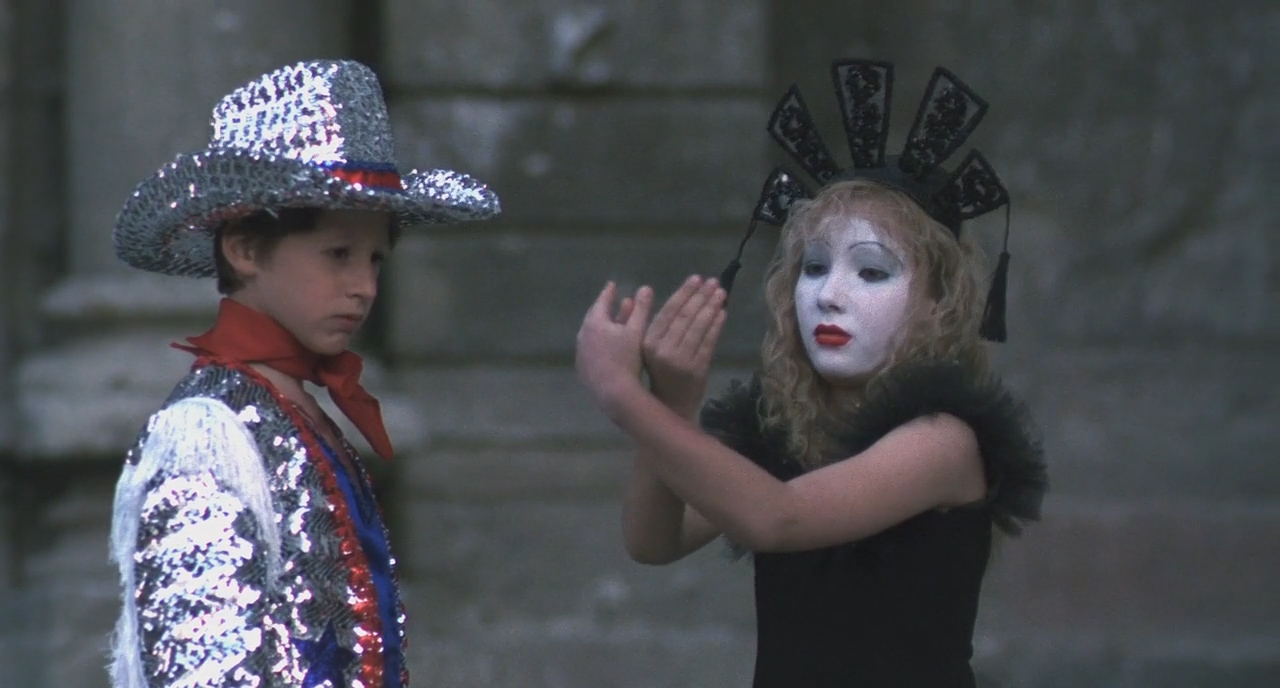 With your hands and my body, we'll have an act that will be sensational.

Alejandro Jodorowsky's Santa Sangre is such a unique vision that it's, counterintuitively, easiest to explain by referencing other unique visionaries. Imagine if a Mexican David Lynch remade Psycho — which had originally been directed by Federico Fellini instead of Alfred Hitchcock — and you might have some sense of the strange, exotic, magical and horrifying places that Santa Sangre visits.

Santa Sangre tracks the tragic boyhood of Fenix (Adan Jodorowsky) who, as the son of mercurial circus performers, experiences a world of exaggerated wonders and horrors, where the pain of growing up is amplified and life itself is simultaneously grotesque and beautiful. A moment of passion and tragedy changes everything, however, imprinting some curious behaviors on Fenix when he reaches adulthood (Axel Jodorowsky) and reunites with his mother (Blanca Guerra) for some creatively anti-social activities.

At first it seems like Santa Sangre is going to be content to capture the childlike sensuality of the circus, with wonderful scenes like Fenix's introduction to mute wire-walker Alma (Faviola Elenka Tapia), and an elephant funeral with its clown processional; everything is half-fantastic, half-grotesque, and not even death is pure. The circus' entertainment by-the-destitute for-the-destitute has an underbelly of lusty indulgence that both creates and pollutes its facade of whimsy, setting the stage for an adult life formed and marred by improper boundaries and identity confusion, resulting in dramatic delusions of grandeur and insignificance.

Alejandro Jodorowsky's reputation as a maverick and idiosyncratic provocateur is engrossingly paid-in-full by Santa Sangre, which has a solid spine of traditional narrative from which he freely wanders into perverse nooks and crannies. Santa Sangre is the kind of movie in which horny orderlies leave mentally disabled wards at the mercy of drug dealers, or in which a girl gets ensnared in a glittery drag queen conga line while fleeing an attempted rape, or in which a man tears an ear off of his own head to prove an elusive point — and, yet, it never feels obscure or opaque. Even in the moments when Santa Sangre doesn't make spatial, logistical or narrative sense, it works on a parallel emotional and visceral plane that is always intriguing when not outright gripping.

Although Jodorowsky's visual execution sometimes falls a bit short of his wondrous imagination — maybe by design, to contrast the cruddiness of the world with the opulence of self-deception? — the performances are very good, tackling difficult and unusual roles with great sincerity, combining naturalism and operatic extremes with skill. Geurra in particular, is excellent, exuding an orgiastic fervor for both religion and sex that (purposely, it seems) evokes Kathleen Byron's great hysterical role in Black Narcissus. Just the same, Jodorowsky makes intentional visual and thematic references to Hitchock's Psycho, but with his own unique fingerprints smudging the edges and remolding the figures.

While the ending of Santa Sangre doesn't fully pay off the movie's strongest flights of horrific fancy — I'm already half-persuaded that this, too, is intentional — from beginning to end there is so much flavor, passion, invention and perversion that anything more spectacular might feel like showing off.

Ending of #SantaSangre doesn't pay off the strongest elements of the movie, but it's all pretty thrilling to experience. #PotLuckFilmFest https://t.co/Wy7AZRgIjw 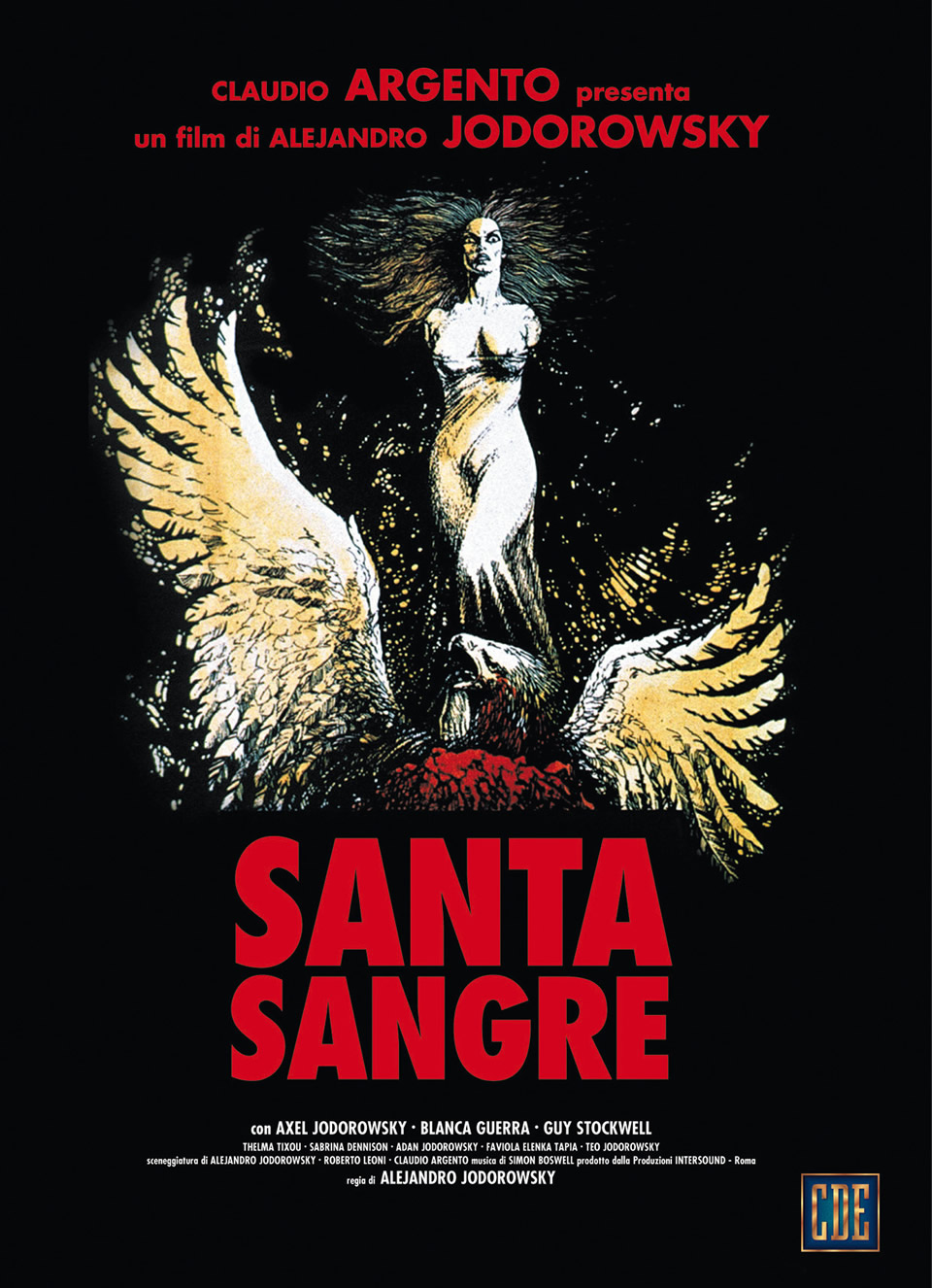