I will civilize this land.

John Hillcoat's dreamy western The Proposition shares with many other Australian movies an obsession with its country's geography, a rough landscape that often takes on a mythological significance not only in the minds of the director, but the characters as well — few of whom survive its wild demands. There's something about Australia's harsh and rugged expanses, often pitched in contrast with the closed spaces of ramshackle huts or the incongruously genteel dwellings of colonizers, that seems to drive its fictional inhabitants mad.

Written by musician Nick Cave, The Proposition lifts tropes from traditional Hollywood and Spaghetti westerns and drops them in the desperate Outback, which has the effect of inverting all expectations. When Captain Stanley (Ray Winstone) captures outlaws Charlie and Mikey Burns (Guy Pearce and Richard Wilson) and offers them both freedom if Charlie can find and kill their savage brother Arthur (Danny Huston), the lines of sympathy and conflict seem familiar — but Hillcoat and Cave do an artful job of misdirecting motivations and complicating this simple premise with counterintuitive psychological twists and a brooding atmosphere wrought from the pent-up anxieties of trying to meet the impossible demands of a place that you don't belong.

Pearce's Charlie recalls both the moral cipher of Clint Eastwood's "Man with No Name" from Sergio Leone's Dollars Trilogy and John Wayne's weary mission-driven Ethan Edwards from The Searchers, only the terrain he travels is far more mysterious and treacherous. Winstone, who at first seems poised to become the story's villain, is increasingly tragic, and the scenes between Stanley and his wife (Emily Watson), whom he attempts to sequester in their remote, oasis-like English cottage, are infused with an aching self-denial and impotence. Hillcoat gets a lot of effective mileage out of juxtaposing Stanley's confining places — his home and the village jail — with the desert, where the Burns gang hides from the law, and the Aboriginal people of Australia are conspicuously present at all times, as passive onlookers or as dispassionate servants to either side in the conflict, as if they are merely biding their time, waiting for the white men embroiled in their dramas to kill each other once and for all. The music by Cave and Warren Ellis perfectly complements Benoît Delhomme's evocative cinematography.

Every character dynamic in #TheProposition is complex & interesting; I expect to like it more w/each future viewing, #PotLuckFilmFest https://t.co/axMsJvwT8R

#TheProposition was brought to my #PotLuckFilmFest by Alan Ryman. Thanks for intro to #JohnHillcoat -- who's been on my radar for a while. https://t.co/cRzEqUFfKI

Trailer for The Proposition (2005) 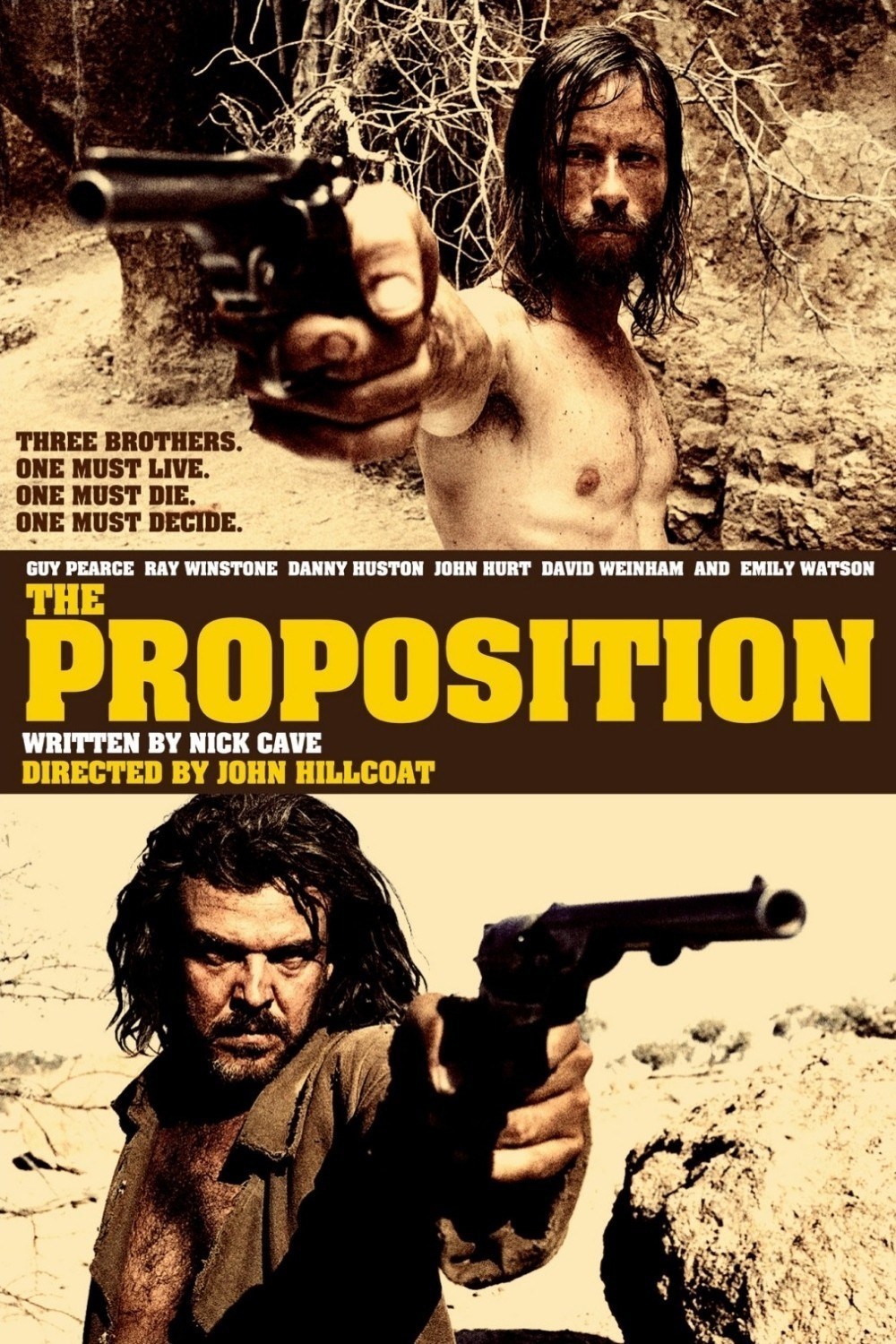