Joe Johnston's fun little slice of nostalgic machine porn is pleasing enough as it hearkens back to Commando Codyand other adventure serials, but it's also caught somewhat uncomfortably between earlier, similar homages to that era, like the first three parts of Steven Spielberg's Indiana Jones series and Warren Beatty's Dick Tracy. Starring Billy Campbell as a pilot who finds a prototype rocket-pack, The Rocketeer can't seem to decide if it wants to fully commit to the broad gee-whiz tone of its action sequences — scenes in which machine gun fire will, at worst, shoot the hat off your head, and where there's always an isolated gas tanker waiting to be crashed into — or operate within a more naturalistic, low-key frequency. The adaptation of Dave Stevens' graphic novel runs through an amiable succession of pre-WWII-era 1940s Hollywood tropes — gangsters (inc. Paul Sorvino), Nazis, an Errol Flynn-like movie star (Timothy Dalton), a posh dance club, a zeppelin, Howard Hughes (Terry O'Quinn), the Griffith Observatory — all of which converge in an impossibly small-world manner. The production design is nice and the action is clean, but, unlike standard-bearer Raiders of the Lost Ark, Johnston doesn't manage to sneak anything weightier or more compelling underneath The Rocketeer's somewhat shiny surface. Only when Jennifer Connelly is on-screen does The Rocketeer feel like it matters, but even that is an illusory homage to more substantial movies. Alan Arkin is fun, as usual, as Campbell's mechanic.

#TheRocketeer is clean & fond nostalgia, but very slight; not a movie I'll think about, but mildly pleasing. #PotLuckFilmFest #JoeJohnston https://t.co/c7A98Nrai8 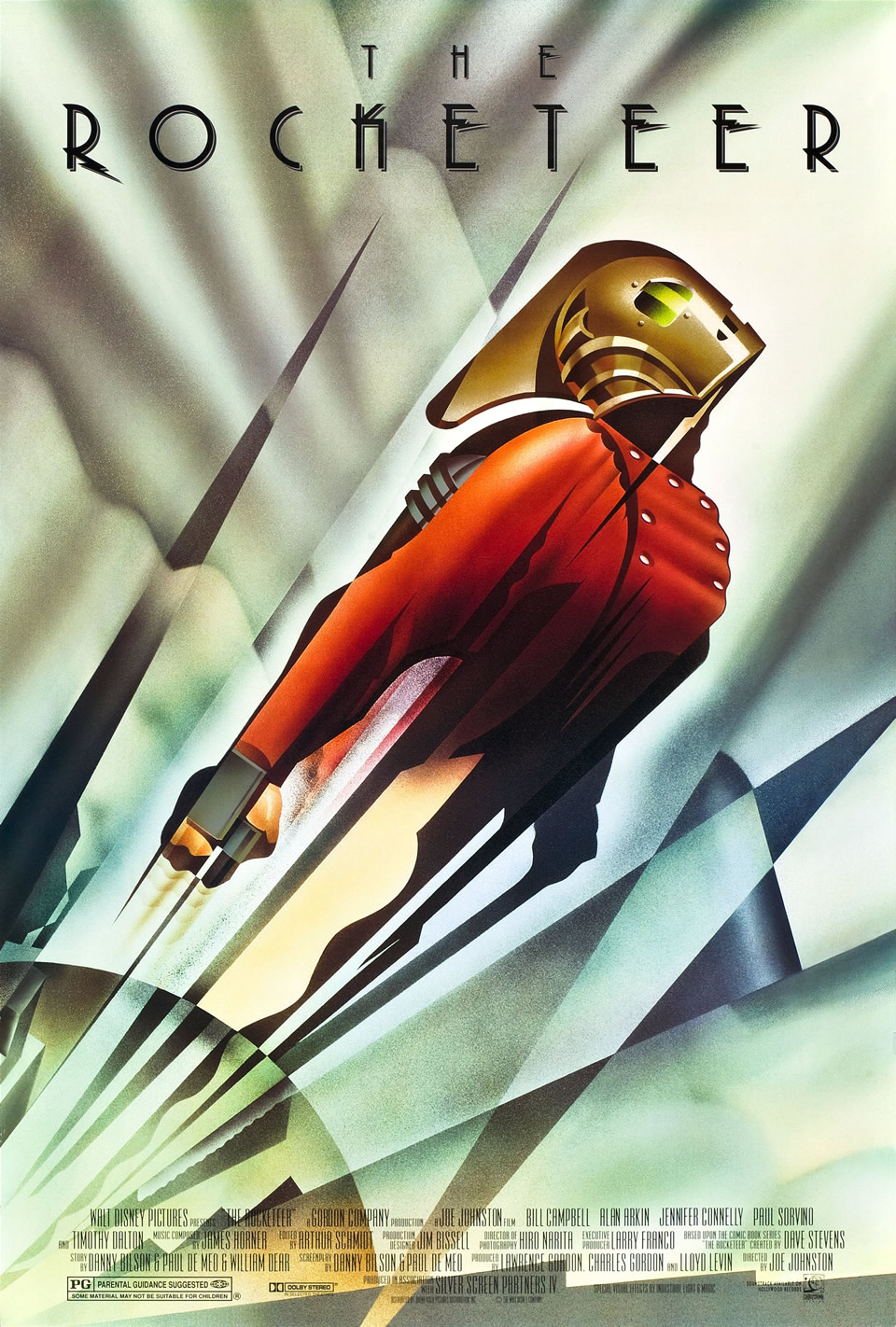