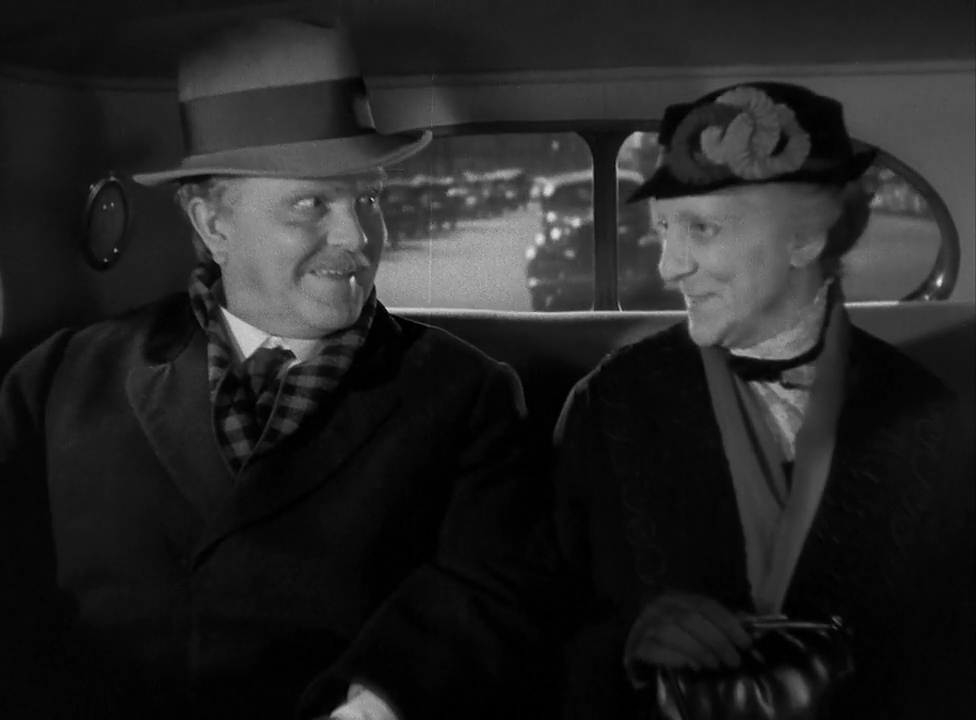 I bet you haven't any children.

One of the nicest effects of my entire PopGap project over the last three years has been disabusing myself of my prejudice that assumed movies from the 1930s were, largely, dramatically simplistic, visually flat and full of cardboard characters whose behavior was driven by the needs of plot rather than psychology. Although most of the early sound movies I've watched during this project have defied my ignorant expectations, Leo McCarey's Make Way for Tomorrow fits them altogether too snugly, and, even in its best moments, is almost too sentimental to stomach.

Victor Moore and Beulah Bondi star as an aging couple who are forced to depend on the support of their adult children after the bank forecloses on their house. Ranging from spineless to ingracious, the Cooper offspring settle on the very least that they can do, splitting their doting parents apart by a distance of 300 miles, with Ma Cooper hosted by henpecked George (Thomas Mitchell) and Pa by the joyless Cora (Elisabeth Risdon). For the first hour of Make Way for Tomorrow, unsophisticated Ma and Pa cope with this nonsensical arrangement by making comical nuisances of themselves, further aggravating their cartoonishly reluctant sponsors. When they are finally reunited, for a brief New York liaison before being separated even further, and perhaps permanently, Ma and Pa reminisce and romance, charming every stranger they meet with their cute hayseed banter.

Moore and Bondi, when they get to spend extended time together on-screen, prove themselves to be appealing performers with decent chemistry, but it happens too late to salvage the damage done during the movie's aggressively schticky and often unconvincing first half, which depends entirely on two sets of characters having an almost autistic inability to adjust to changing circumstances and environments, forcing conflict rather than revealing it. That Ma and Pa are (suddenly) so different during the second half is welcome, but still problematic as character trajectories that appear to consist of separate points unconnected by arcing lines. Maybe I've been too conditioned by the austere, sensitive and, to my taste, perfect treatment of these types of real family conflicts by Japanese filmmaker Yasujirō Ozu (whose classic Tokyo Story was, in part, inspired by Make Way for Tomorrow). Ozu eschews melodrama entirely in favor of patiently and achingly observing the unsensational and often repressed effects of family tensions, whereas McCarey seems to be obsessively inventing and arranging points of surface conflict to manipulate his characters into artificial positions of extreme antagonism, such as when a sick Pa Cooper gets absurdly agitated by a doctor, dragging a contrived scene out to interminable lengths. While the broad performances in Make Way for Tomorrow are all on the fun side, with moments of amusing interplay, that just barely alleviates the overwhelming sense of contrivance in the writing and directing.

Despite having been based on the 1934 novel Years Are So Long by Josephine Lawrence, Make Way for Tomorrow feels like a filmed play, with its static gray sets, busybody blocking and expositional dialog. It's a thoroughly dull movie to look at, and its story isn't much better; when it does liven up during its final act, with Moore and Bondi on the town, its whiplash turn from needless bickering heads straight into a swamp of almost gagging bittersweetness. While this latter part of Make Way for Tomorrow was far preferable to the former, showcasing two veteran actors in the kind of attention-getting roles that would be generously described today as "awards bait" (although Make Way for Tomorrow received no awards recognition until its addition to the United States National Film Registry in 2010). 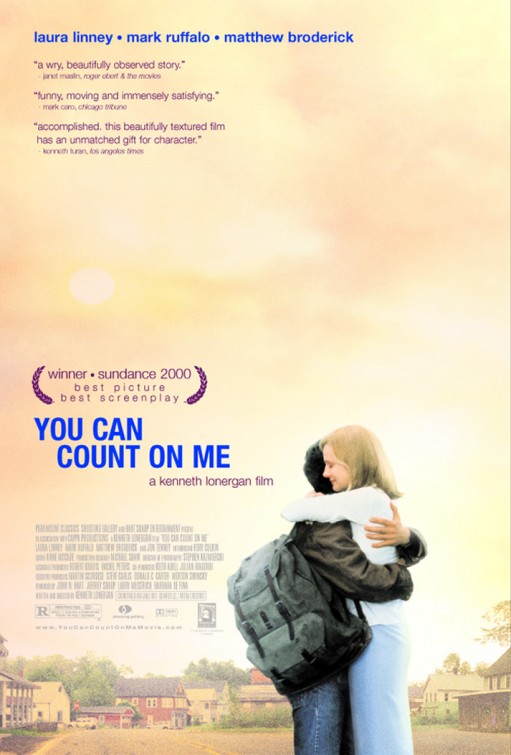 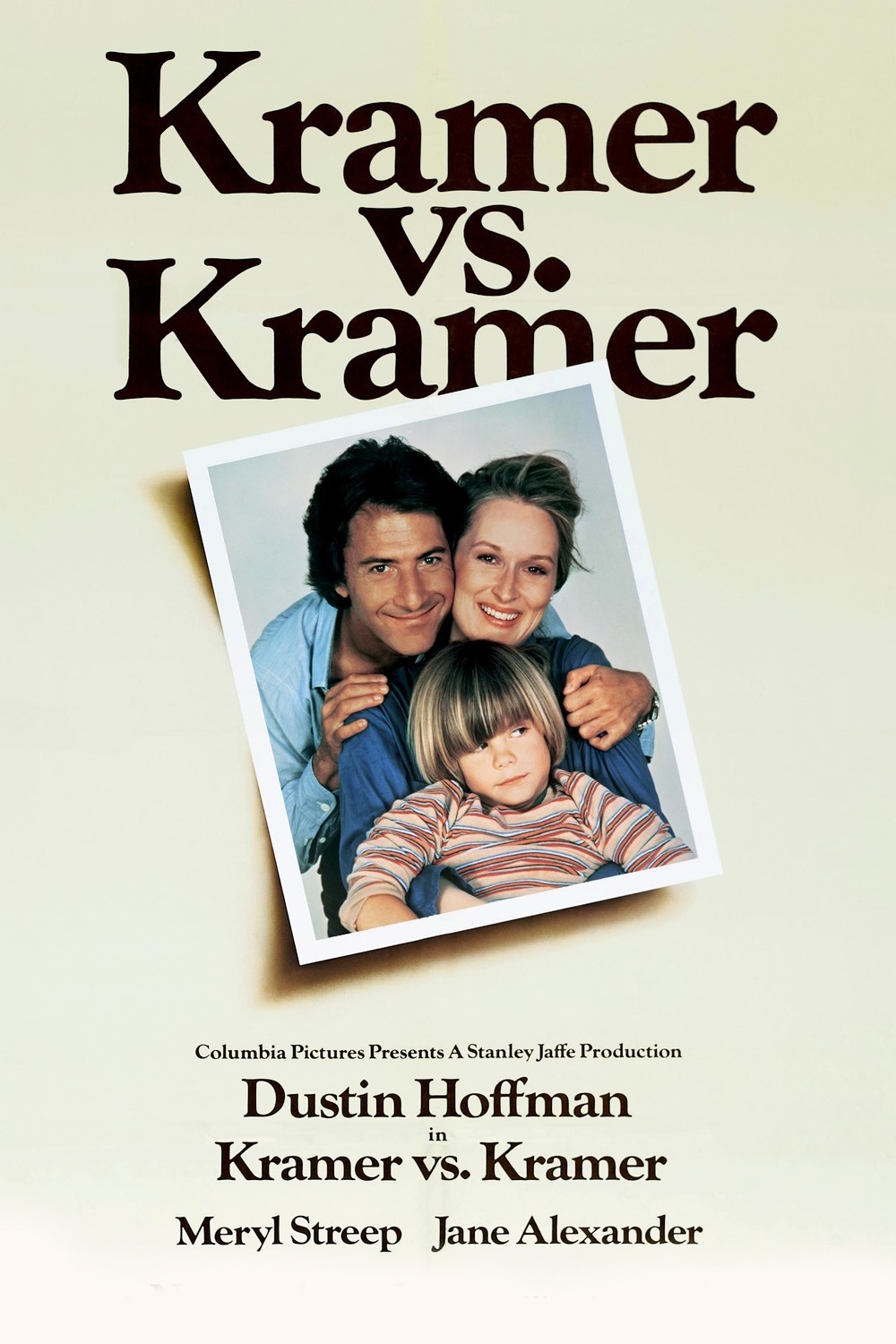 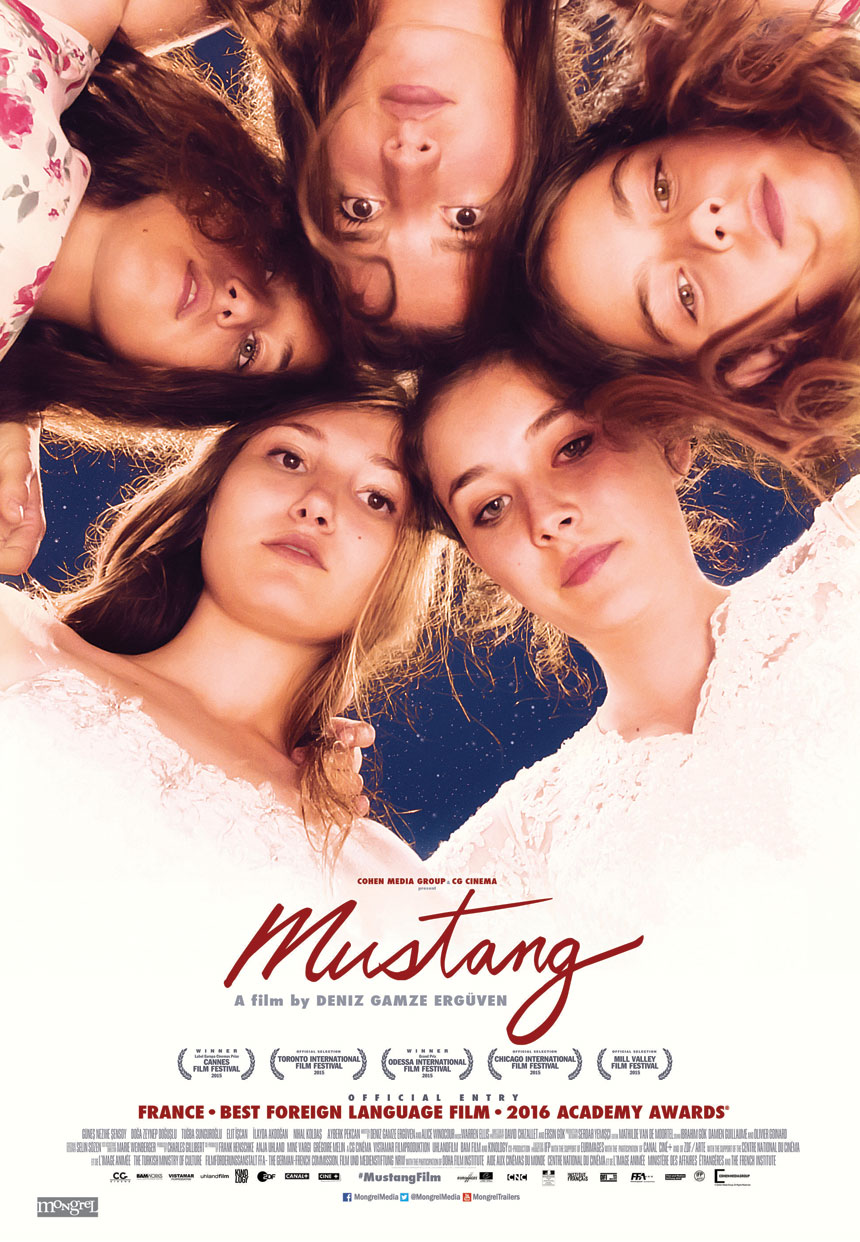 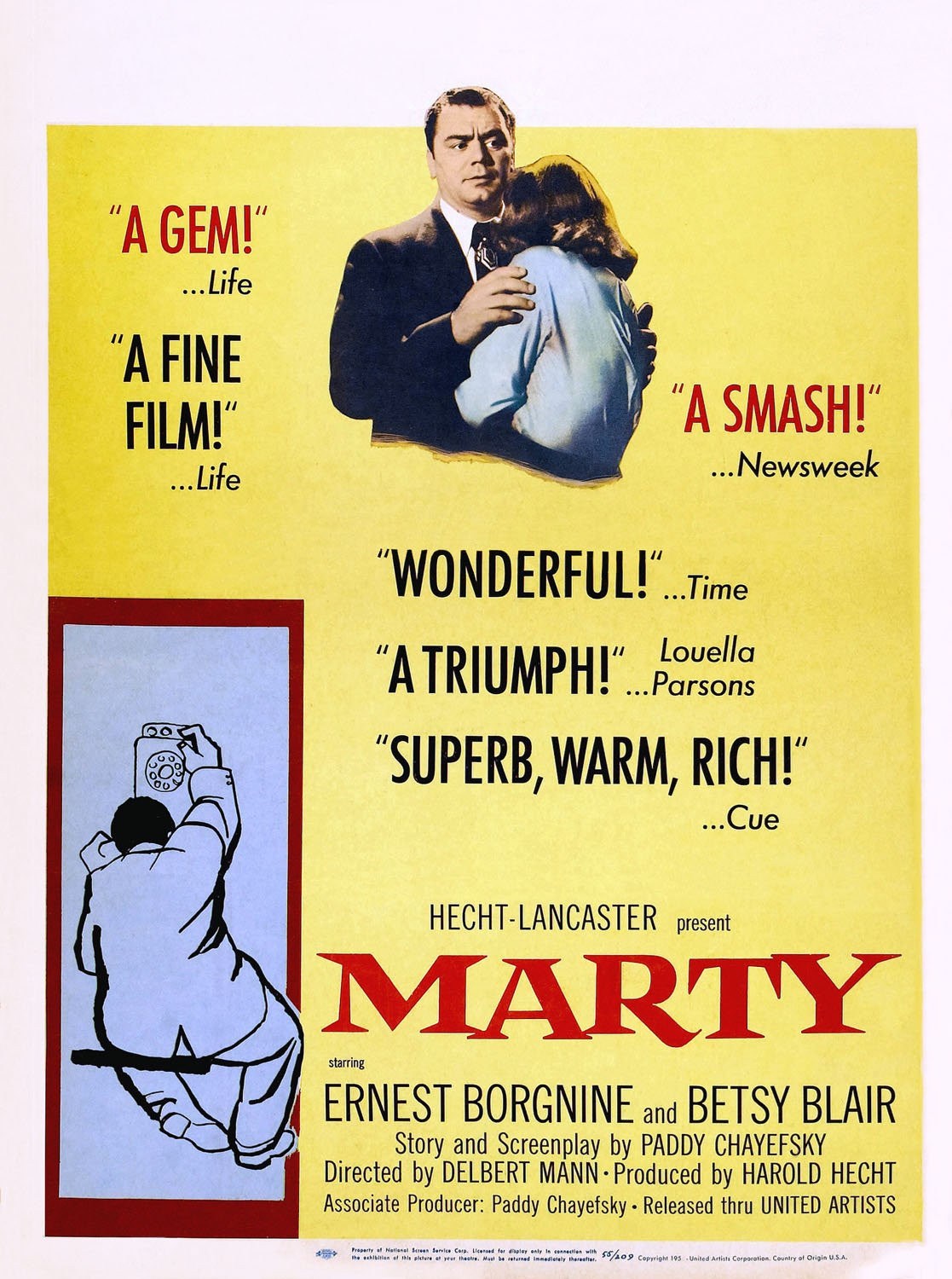 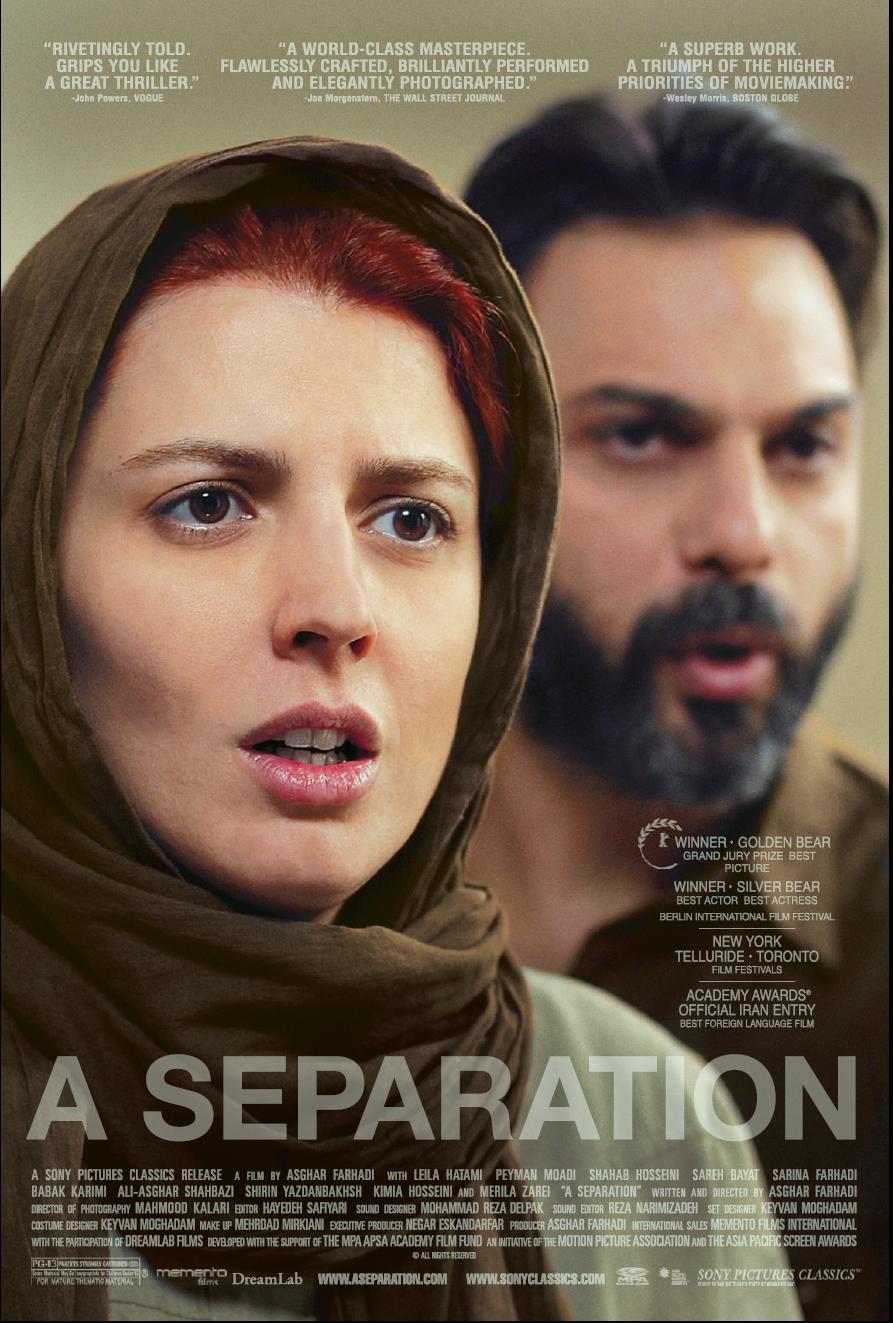 Trailer for Make Way for Tomorrow (1937) 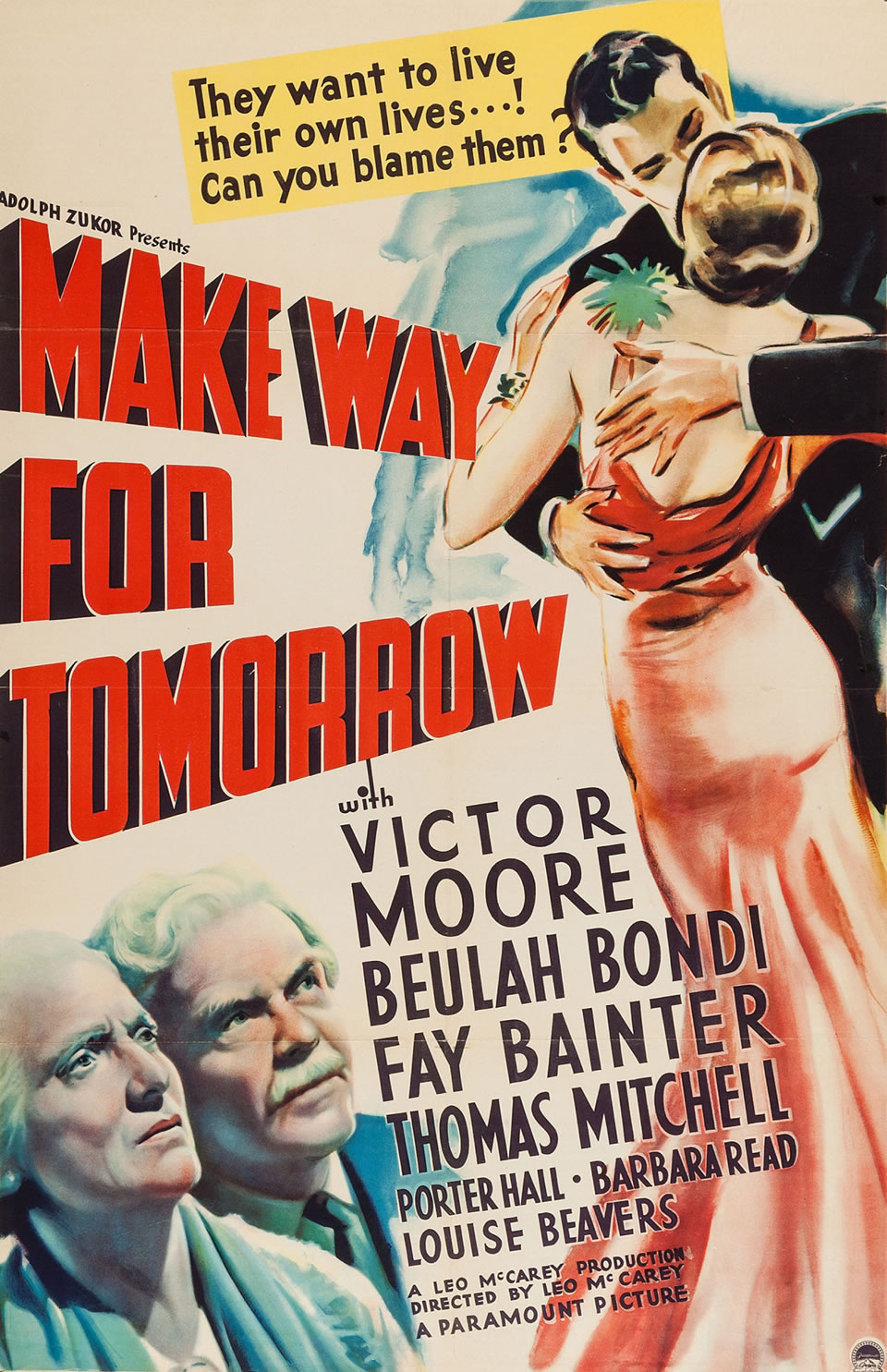