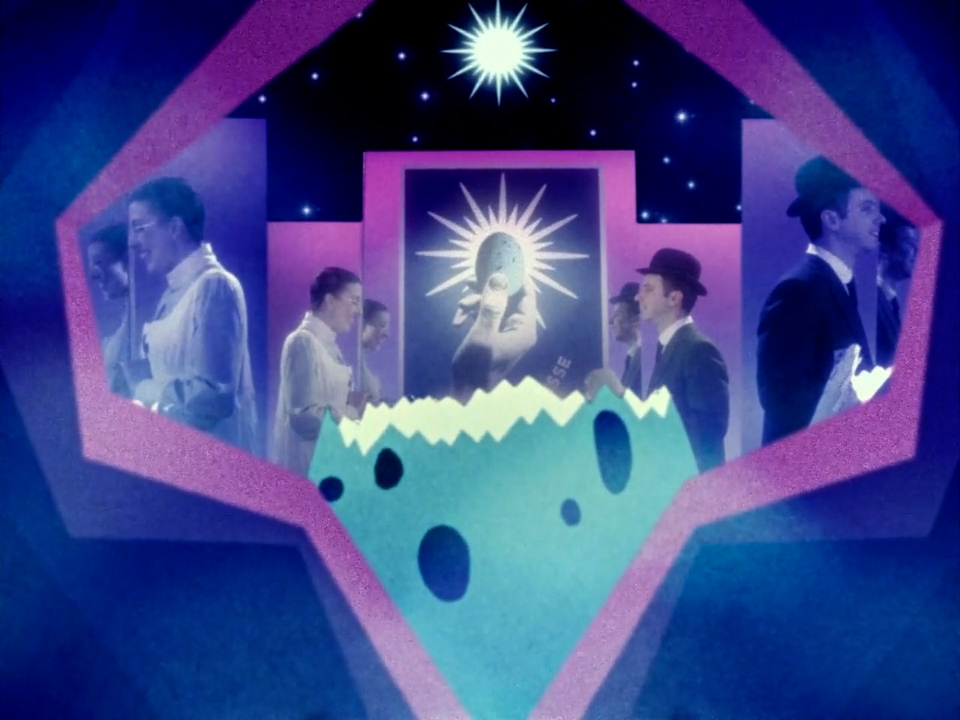 2020 was a terrible year for movies in the sense that cinemas everywhere shut down for months — and, in some places, for nearly the entire year — and studios withdrew many of their highest-profile titles from the release calendar. And, yet, most of us had more time to watch movies than ever before, thanks to the shelter-in-place recommendations and forced lockdowns of most other entertainment and recreation venues. For those of us who would prefer to stay home and watch movies most of the time, 2020s hardships were a blessing in grim disguise.

According to my stats at Letterboxd, where I keep a film diary, I watched 543 movies during 2020, over 40 more than I managed in 2019. Below you will find a showcase of My Favorite Movies of 2020, followed by a list of all 130+ movies which competed for that honor. As usual, my 2020 list includes some movies with release dates from one or two years earlier, as some movies spend a few years in foreign markets and playing festivals prior to receiving wide release or digital availability. Unusually, because 2020 was afflicted by so many tentative release dates, some movies which qualified for awards during 2020 actually have 2021 release dates, so there may be a handful of those in there, too.

But my movie watching during 2020 was not only about new releases. One of my goals during 2020 was to rewatch several movies which had begun to slip the grasp of my memory, and almost exactly half (50.3%) of my total watches were reruns. Some of my favorite and most surprising re-discoveries included:

Also, now that my kids are all in or nearing their teen years, I was able to introduce them to some well-remembered favorites like:

2020 also saw the inception of my Silver Screen Streak Movie Challenge, which introduced me to new favorites like RUSSIAN ARK (2002), The Heiress (1949), THE FALLEN IDOL (1948), THE DEATH OF MR. LAZARESCU (2005) and QUEEN MARGOT (1993). My Octoblur Horror Marathon brought me to newfound frights like A Dark Song (2016) and The Last House On Dead End Street (1977). Meanwhile, purely recreationally, I discovered the pleasures of French gangster classic Touchez pas au grisbi (1954) starring Jean Gabin (86.27% on my Flickchart) and epic sleaze-fest Savage Streets (1984) directed by Danny Steinmann (ranked at 77.83%).

So, sure, the world may have started burning in 2020, but things looked pretty good from my couch! 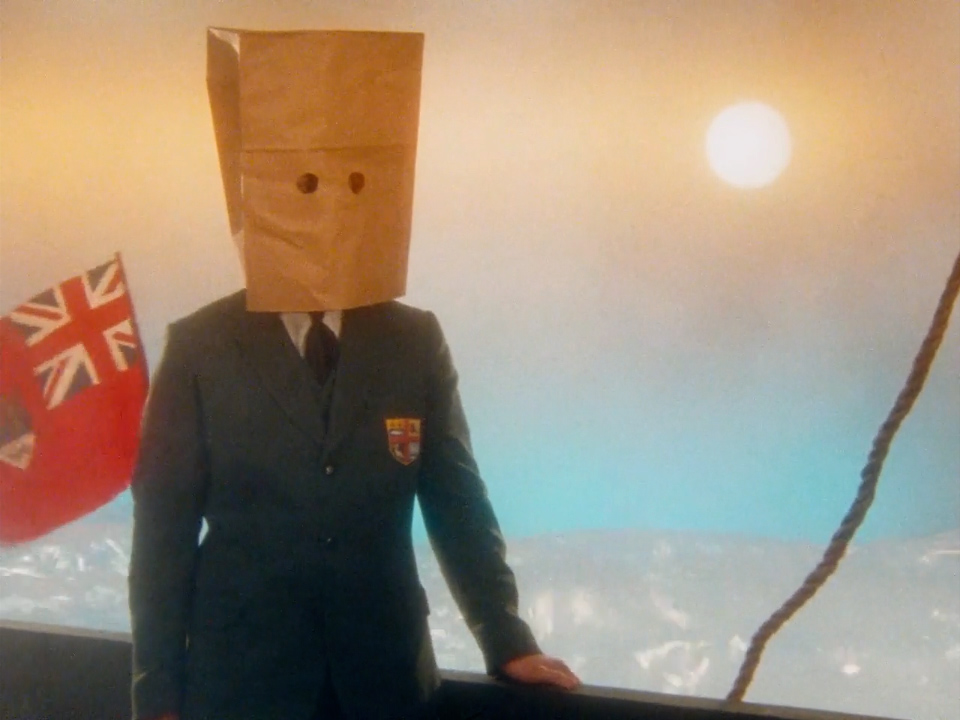 When you watch a lot of movies, one of the most valued qualities any movie can offer is surprise. Matthew Rankin’s absurdist Canadian historical drama The Twentieth Century is not only a marvel of painstaking craft, but his combination of vision and perverse irreverence makes his debut feature an exciting string of unpredictables. Although it probably started as little more than a big Canadian in-joke — it's easy to imagine Rankin as a school kid, bored to tears while learning about early 20th century Canadian politics, beginning to concoct this bizarre alternate interpretation of the rise of Prime Minister William Lyon McKenzie King — what's come out of it is the kind of glorious personal, weird and exact filmmaking that I love. Some of the points of reference that came to mind while watching The Twentieth Century included David Lynch, German expressionism, The Kids in the Hall, The Love Witch, Guy Maddin, Meet the Feebles and the 1983 animated cult classic Twice Upon a Time… and each one was quickly confounded by the strange hilarity that followed. The Twentieth Century is, foundationally, completely silly, but with bursts of horrifying intensity, and is played with incredible sincerity by its cast, with lead Dan Beirne delivering a master's course in playing straight man to an absurd world. Exquisite artistry all around; a fantastic debut feature from Rankin.

I’ve never been a big fan of director Steve McQueen — although the final moment of his 2018 thriller Widows opened me up just a little — and I can’t say his Small Axe series of five thematically linked movies for Amazon Prime had me excited, as it’s not hard to get burned out on earnest historical social issues dramas these days, especially when many of them are little more than grievance porn. But Mangrove, the first film in the series, is a magnificent example of how this type of material should be approached, both in its technical execution and its focus on characters over lessons. Shaun Parkes delivers the performance of the year as Frank Crichlow, the proprietor of a popular cafe among West Indian immigrants in early 1970s London. Harassment and persecution of Crichlow by racist police lead to a resistance movement, arrests, and a landmark court case. It all sounds like dull homework, but it’s marvelous, gripping, and deeply empathetic for the principle of individual liberty. McQueen’s vibrant evocation of time and place is nearly tactile, and supporting players like Rochenda Sandall and Letitia Wright follow Parkes with indelible performances that linger powerfully.

Every now and then I watch a teen-oriented movie that makes me think, “If I were that age right now, this would be my favorite movie.” With Spontaneous, I have that familiar feeling, but I’m not so certain about it this time, as there’s as high a probability that it will traumatize today's teens as there is that it might thrill them. Writer/director Brian Duffield — who also wrote two other 2020 releases, Underwater and Love & Monsters — seems to take the entirety of the contemporary teen experience — energizing social conscience, a smothering premature responsibility, defensive irreverence, bursts of joy and horror, and overwhelming anxiety — and rolls it all up into a bouncy blood-filled meat balloon for a perilous game of catch. Star Katherine Langford embodies, with her fresh, funny, and engaging charm, everything about an immature humanity clinging to sanity when it's least apt, and Duffield gives her surprisingly deep and genuinely felt material with which to work. Spontaneous is witty and poignant and bold, and traumatic, and never skates past difficult moments or ducks a big idea. A resonant teen rom-com for its age.

I’m not going to pretend that Evan Morgan’s The Kid Detective is some kind of masterpiece, but it’s maybe the most surprisingly and thoroughly enjoyable movie of 2020. Adam Brody (in the Adam Brodiest role imaginable) stars as Abe Applebaum, a former kid-genius — clearly inspired by the Encyclopedia Brown series of books that were on every juvenile bookshelf during the 1970s — whose glory days as a prepubescent sleuth ran into a brick wall when a major crime rocked his otherwise idyllic community. Now an adult has-been still lamely coasting on his boyhood reputation, Abe gets a new case and a chance to prove himself.  The Kid Detective is, essentially, a one-joke premise, but it’s a really good one-joke and Morgan stretches it out to feature-length with such care and confidence that the joke never grows old, but rather deepens and burrows, becoming richer and funnier. It helps that Morgan — who also wrote the edgy indie sleeper The Dirties (2013) — has also crafted a worthy and stylish mystery that is not far outside the league of classics like The Long Goodbye or Chinatown. And — it feels weird to admit this — but The Kid Detective is also shockingly moving, as Morgan isn’t shy about confronting the emotional damage that a legacy of shame can inflict on a person and a community. Maybe it is a masterpiece, after all. I demand a franchise! 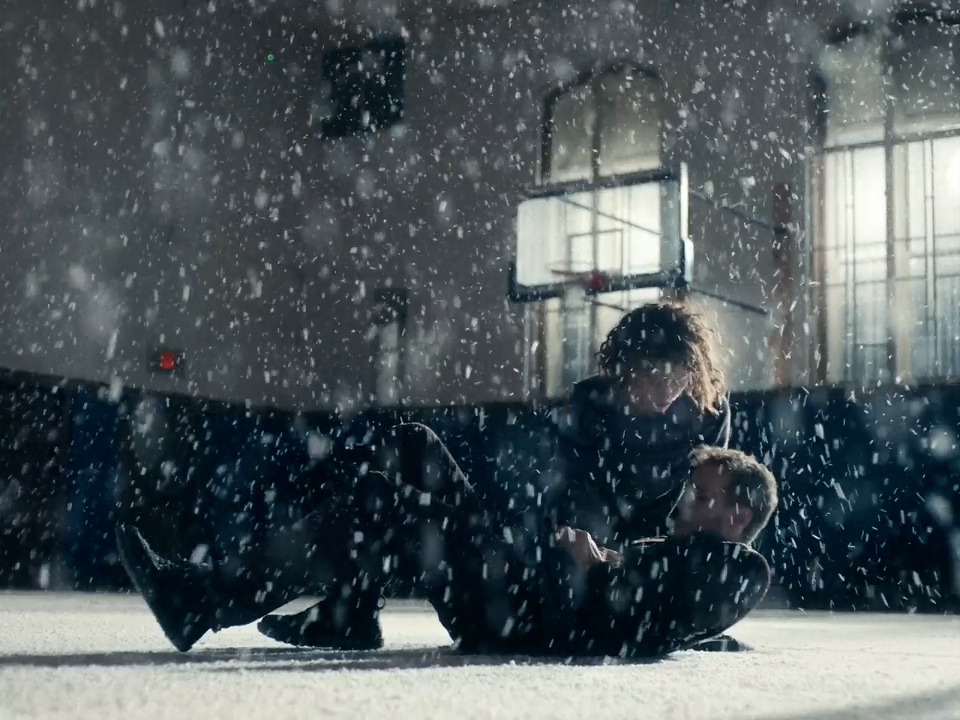 2020's unofficial remake of Joker is achingly beautiful from beginning to end and full of writer/director Charlie Kaufman’s painful comedy and uncertain grasp on reality. I’m hesitant to recommend I'm Thinking of Ending Things to many people, as it is “difficult” — especially if Kaufman’s narrative gimmick either doesn’t become apparent or its resulting fractured storytelling simply chafes — but it is, by turns, hilarious and heartbreaking. And immaculate. Movies this perfectly original and visionary are precious, and might just be enough to convince me to give Kaufman’s difficult Synecdoche, New York another try. 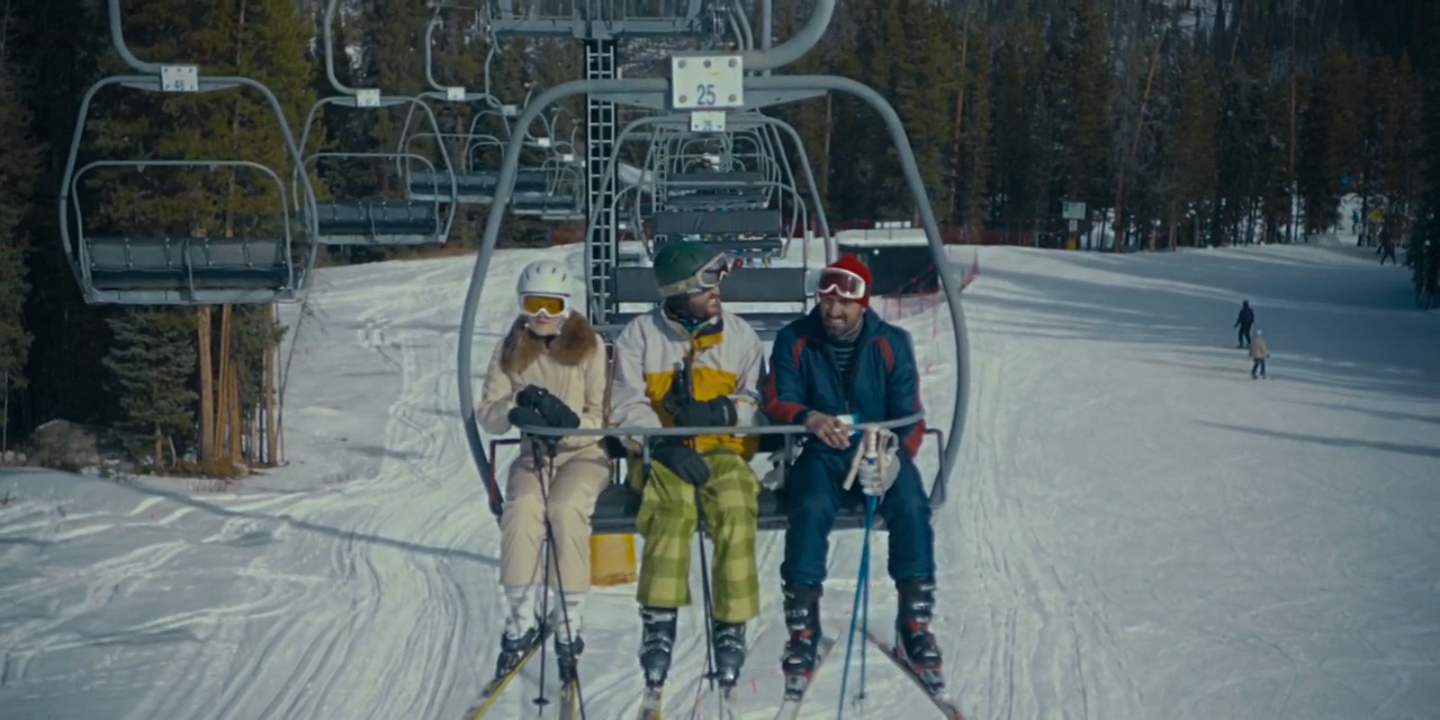 The Climb is one of those special indie movies that is nearly undone by its poster. That’s not fair; it may be impossible to market a movie that is this fresh and unusual and brilliant despite looking like something so generic and trite. It’s a movie about friendship, and its poster, of two men bicycling in the French Alps, in combo with its title, The Climb, suggests an inspirational friendship. Anything but: as a comedy, The Climb could be described as “one of the worst, most dysfunctional friendships ever committed to film.” But even that undersells the magic of what writer/director/star Michael Angelo Covino does behind the camera, crafting a series of wondrous long takes that make its pitch-perfect and expertly timed cringe-comedy even more impressive. With revealing nods to Jim Cummings’ Thunder Road and the quirky work of Swedish director Roy Andersson, and doing both influences proud. 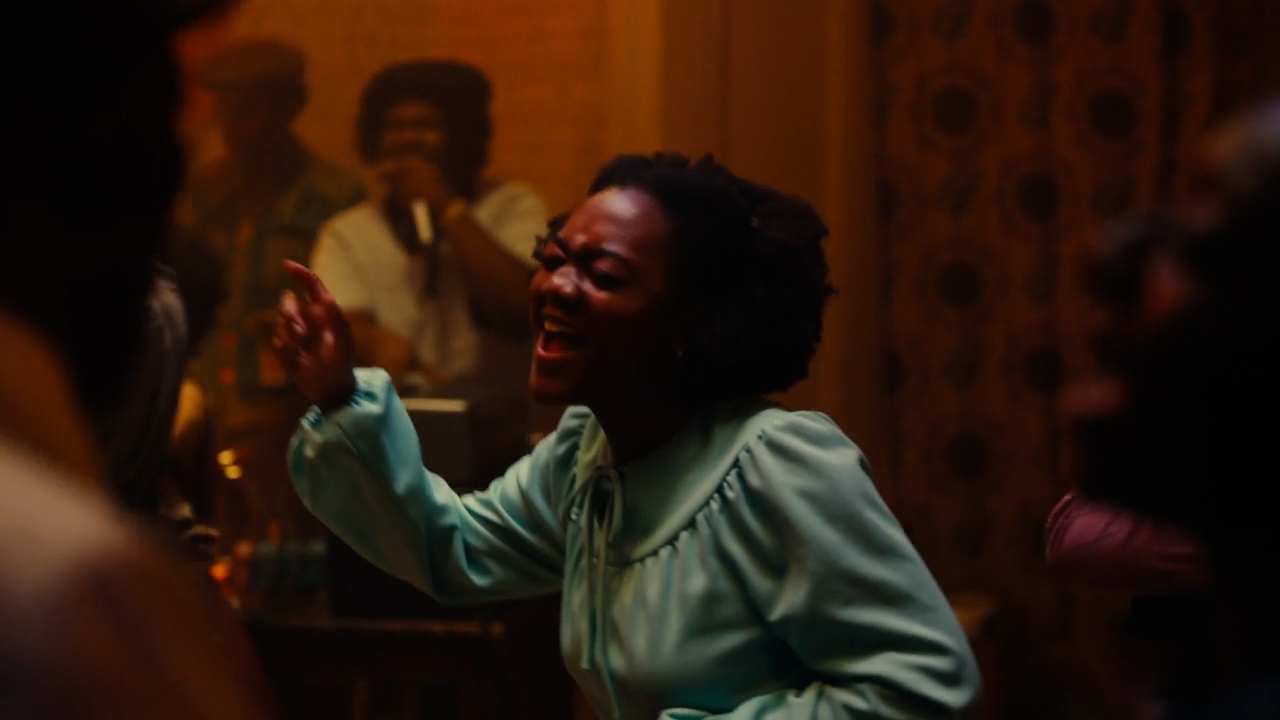 Steve McQueen’s perfect evocation of time and place continues with his second film in the Small Axe series, Lovers Rock. A vibe movie if there ever was one, this "one crazy night" entry has a simple premise: a house party, with all of its bumping, grinding, grooves, beefing, beats, sweat, and ecstasy. Again, McQueen’s period detail is perfect, and each gesture is captured with such tenderness, it's hard not to fall in love on this dance floor.

Polish director Jan Komasa’s 2019 drama Corpus Christi garnered international acclaim, culminating in an Oscar nomination for Best International Feature Film, but his subsequent movie, The Hater is even better, despite receiving only a fraction of the acclaim. Maciej Musialowski stars as Tomasz, a young man whose tenuous grasp of ethics may destroy him personally, but it, channeled through his obsessive neediness, is perfectly suited for work as a social media manipulator and professional troll. Dark and brooding, with a fascinating reserved performance from Musialowski, and no optimistic outcomes for our digital future.

Slow-burn psychological horror with a religious touch, Saint Maud is yet another empathetic look at the dangerous sense of social dislocation permeating society, especially on the fringes. Morfydd Clark is perfect in the title role, and writer/director Rose Glass wrings maximum tension with her patient studying of Maud’s internal disintegration. 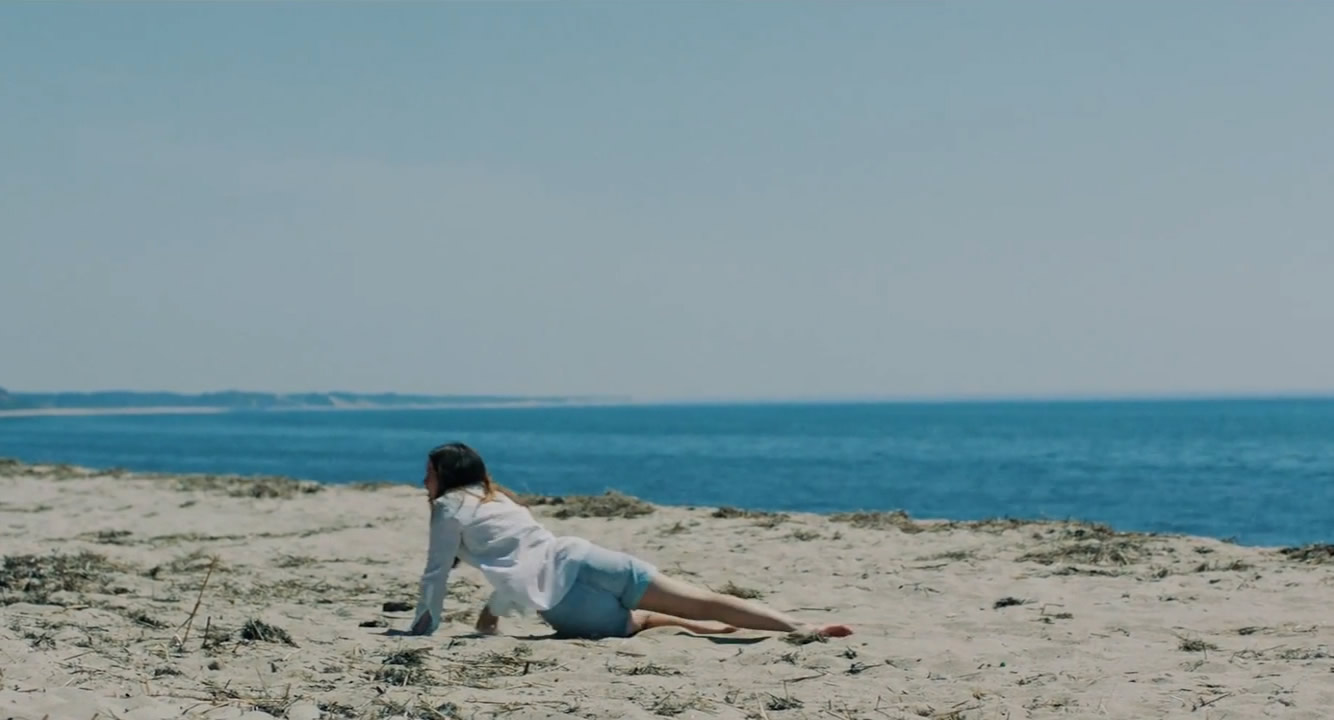 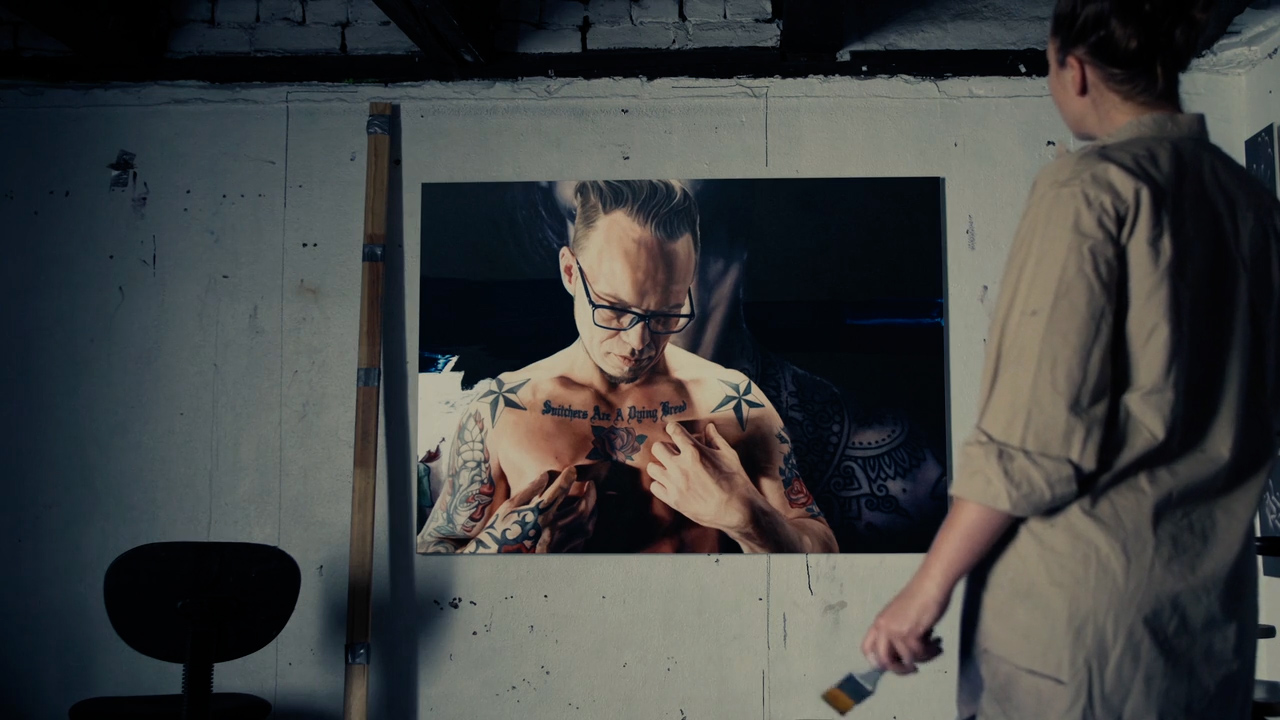 Best Documentary: The Painter and the Thief (2020)

Two uniquely human characters, and with one of the single most powerful moments in any 2020 movie. Also: evidence that even the criminals and prisons in Scandinavia are unerringly polite. 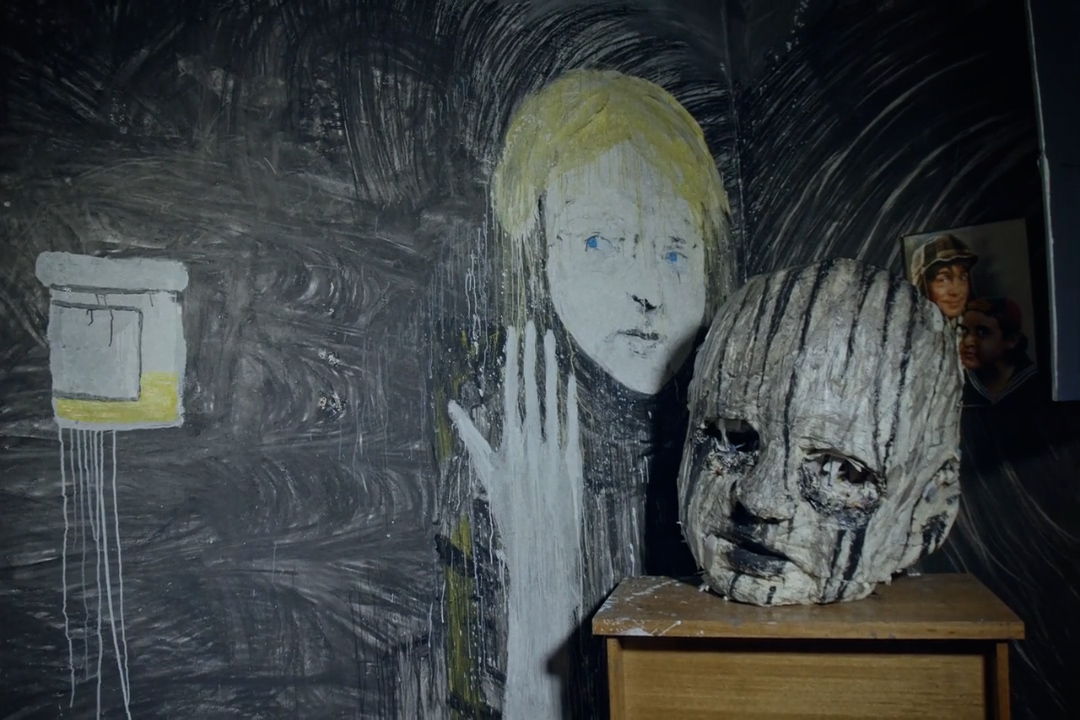 Mesmerizing stop-motion fable that should appeal to anyone who loves the weird craft of Jan Svankmajer and other underground animators. The narrative is purposefully vague (likely a metaphor for childhood abuse) but the hauntingly quiet narration coupled with the stunning visuals is perfect nightmare fuel. I don’t typically seek out animation, but I was glued to this one, just for its stylistic invention.