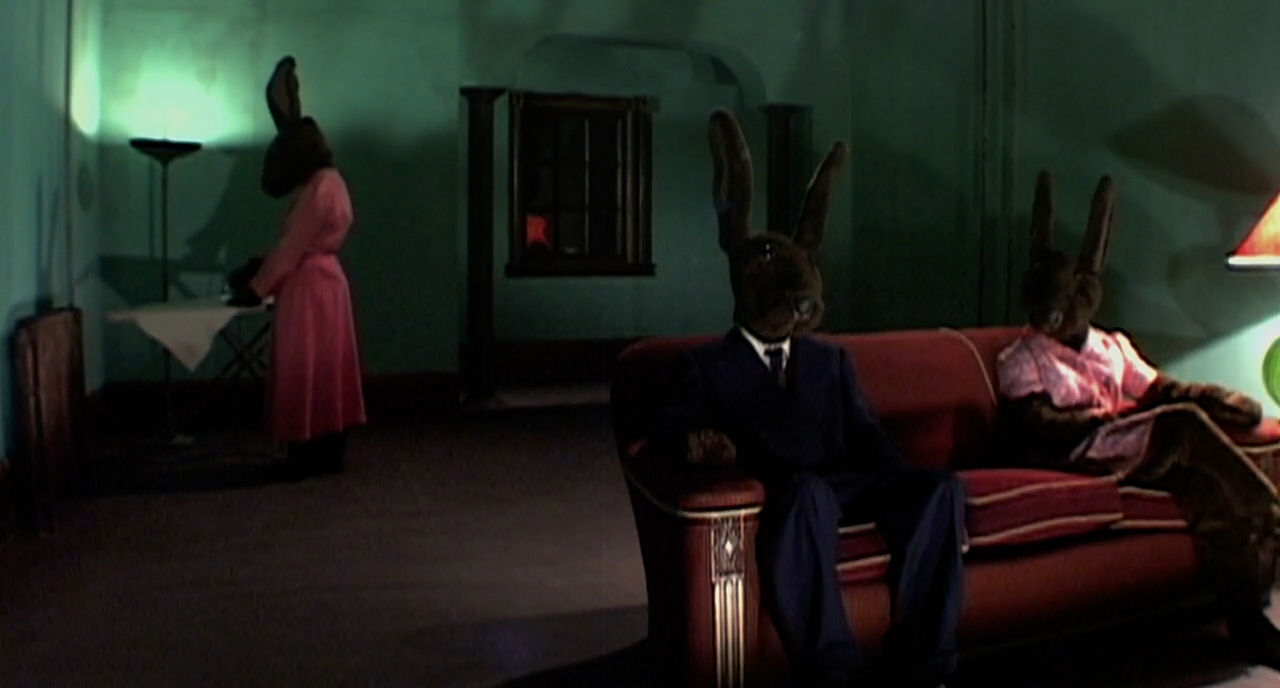 After starting the 2000s with the bracingly surreal mystery MULHOLLAND DRIVE (2001) — a movie in early contention for Best of the Decade honors; in the 2012 edition of Sight & Sound's decennial survey, it placed at #28 on Critics' poll and #75 on the Directors Poll of the Greatest Movies of All-Time — unpredictable cornball pervert David Lynch took five years off and came back with a three-hour rewarming of very similar subject matter, and shot it all on low-grade video. It's tempting to say that INLAND EMPIRE rode into critical acclaim on the fumes of Lynch's past successes, as it bears just as much resemblance to the amateurish ramblings of garbage auteur Damon Packard's unwatchable homeless epic REFLECTIONS OF EVIL (2002) as it does to Lynch's arguable masterpieces.

It's easy to understand why Lynch shot INLAND EMPIRE on video. It's a cheap choice for a project that has almost zero commercial appeal, and probably afforded Lynch and his cast the luxury to do whatever with very little pressure. It looks like utter trash, like something shot by precociously unskilled high school kids; however, it's hard to imagine anyone putting in the care to make INLAND EMPIRE look as good as, say, MULHOLLAND DRIVE does, because that would be a waste of effort. As ugly as it often is — not to mention constantly (intentionally?) out-of-focus — the aesthetic of INLAND EMPIRE looks wholly off-puttingly appropriate. This is essentially star-studded underground film-making for no one but the director's friends and film club college students.

A lot of the conversation around INLAND EMPIRE seems to center around how nonsensical it is, and how, depending on your temperament, that makes it either great or awful; but thematically it's surprisingly coherent. An actress has managed to use the pain of past trauma to form a successful career in an industry which is intent only on manipulating her, seducing her, exploiting her, condescending to her, degrading her, and destroying her. On the one hand, it's a scathing satire and indictment of Hollywood; on the other hand, Lynch indulges a little too much in his juvenile side, leering at breasts and shock-cutting to screams in lieu of building better slow-burn terror; likewise, as commentary goes, INLAND EMPIRE favors quantity over quality.

I prefer my David Lynch movies to strike a better balance between dark narrative, dark excess and dark surrealism, and INLAND EMPIRE leans heavily on the latter two. As such, there's still still a lot to enjoy about it, including bit parts from Grace Zabriskie and Harry Dean Stanton and Mary Steenbergen and Jeremy Irons and Laura Harring and Diane Ladd and William H. Macy... and Dern really is incredible throughout, arguably single-handedly keeping the entire three-hours semi-palatable; but there's just too much indulgence in INLAND EMPIRE and the exhaustion that comes with enduring it is not really rewarded.

INLAND EMPIRE just misses the 50% cut-off with a ranking on my Flickchart of #2573 (45.76%). This is the second consecutive miss from Mike Seaman's contributed list of TSPDT’s Most Acclaimed Films of the 21st century, and third miss overall, leaving with him just two free passes remaining of the five that he earned with he early streak of hits.

There's been a new rule change (we're still figuring this out) aimed at bringing in all the participants at a faster rate: On future lists I am going to take a vacation at the first sub-50% ranking and move on to the next list. I will loop back around to all lists for a second round during which they will get to use their earned free passes as I give their list a second chance. So I'm leaving this TSPDT list for now.

Next up is a custom list from Chad Hoolihan, who hand-picked a selection of movies for me at the cost of having to meet a higher ranking threshold. I'll give an overview of his "21 Immortal Classics" list soon. The first movie from it will be William Wyler's 1949 drama THE HEIRESS.

Finally watching INLAND EMPIRE means that I'm all caught up on David Lynch's major releases. You can see my ranking of his 12 major works here: https://www.flickchart.com/Charts.aspx?director=David+Lynch&user=dorrk 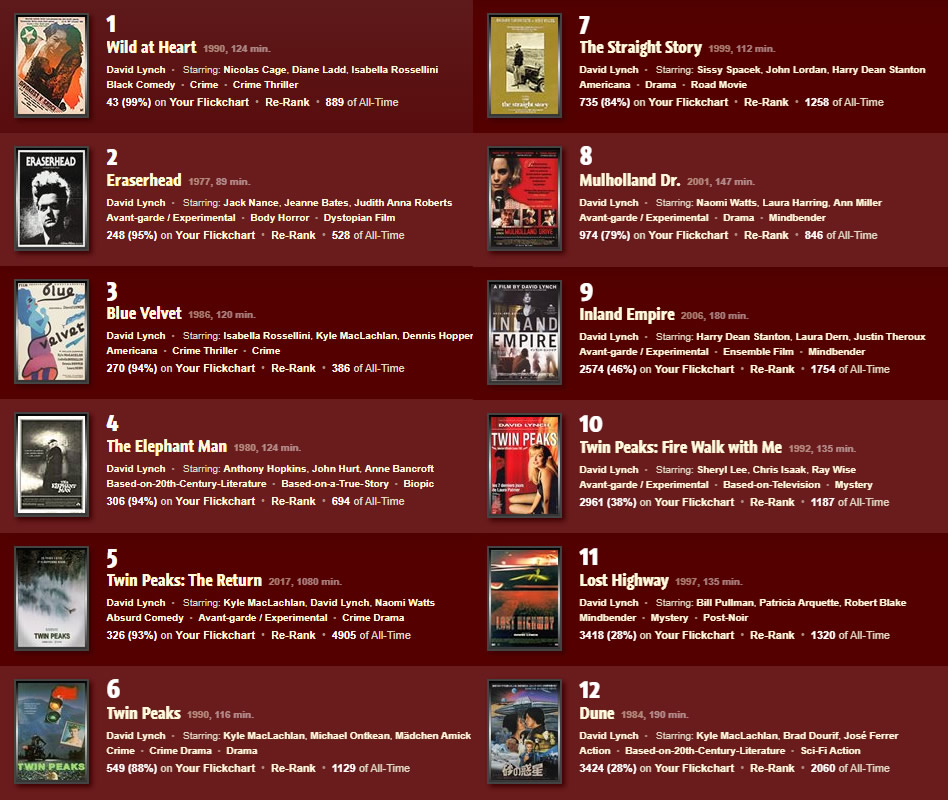 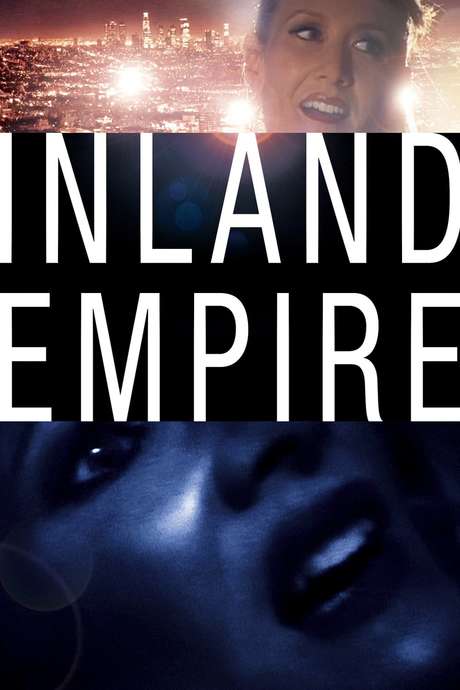 More about INLAND EMPIRE (2006) on Videopolis 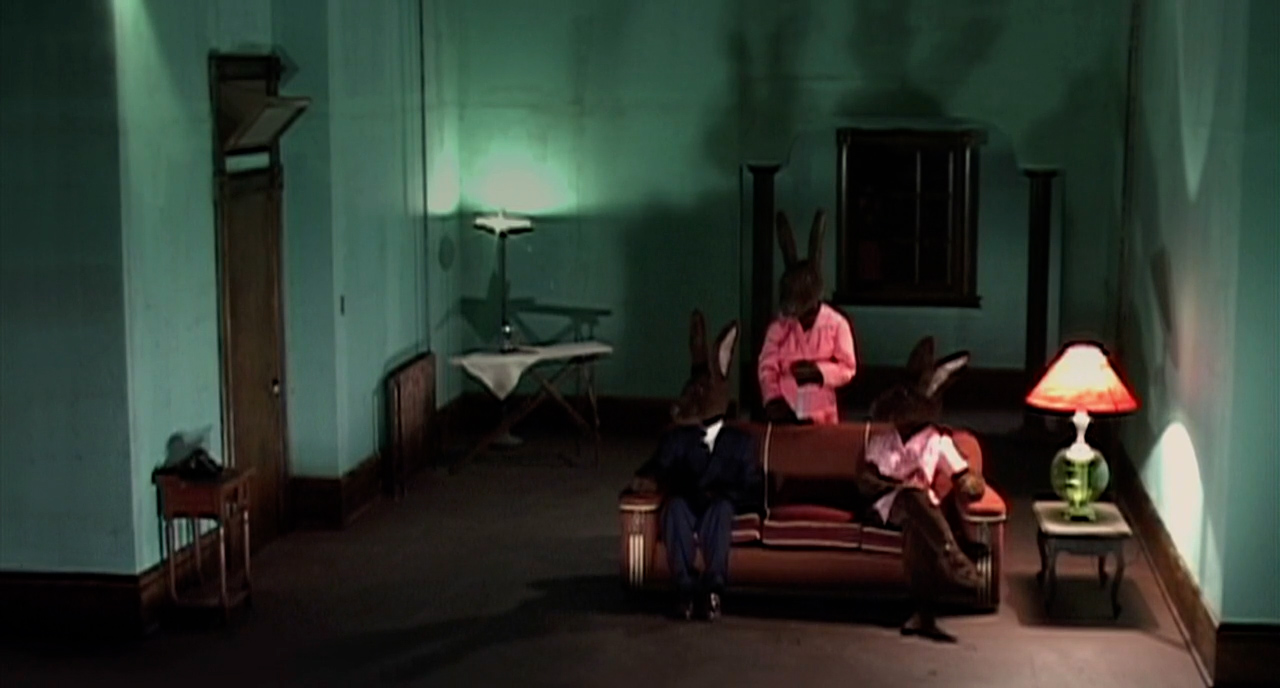 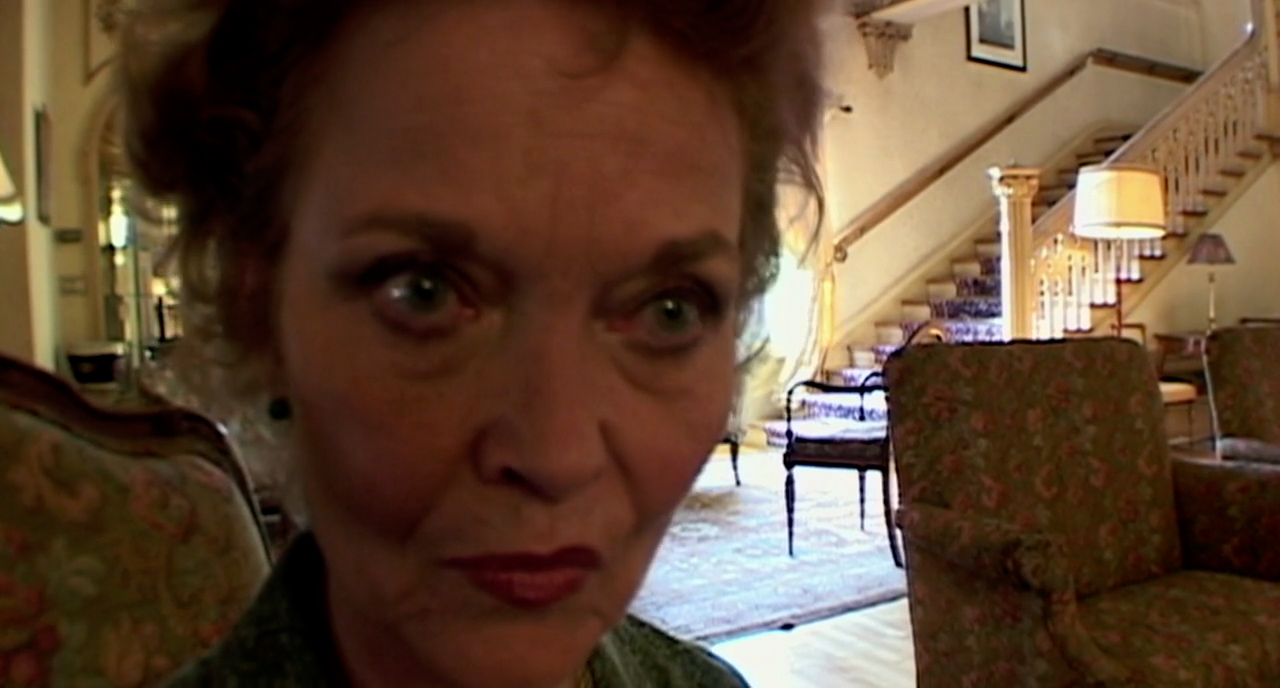 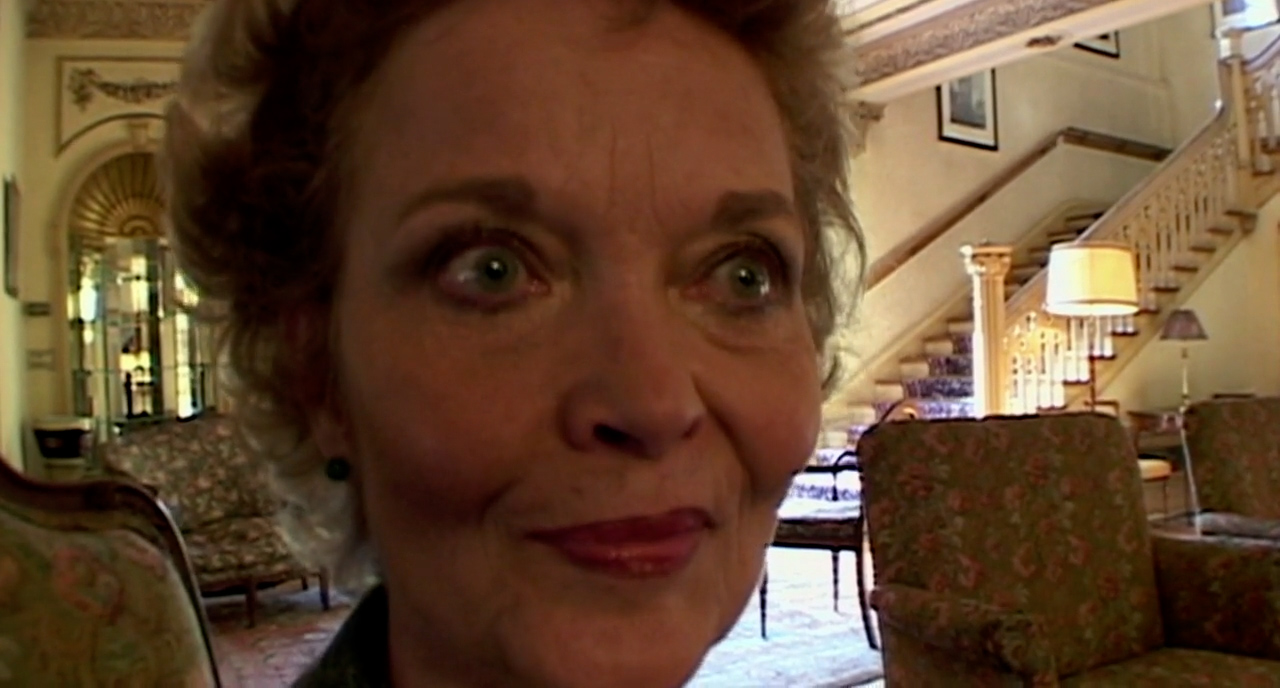 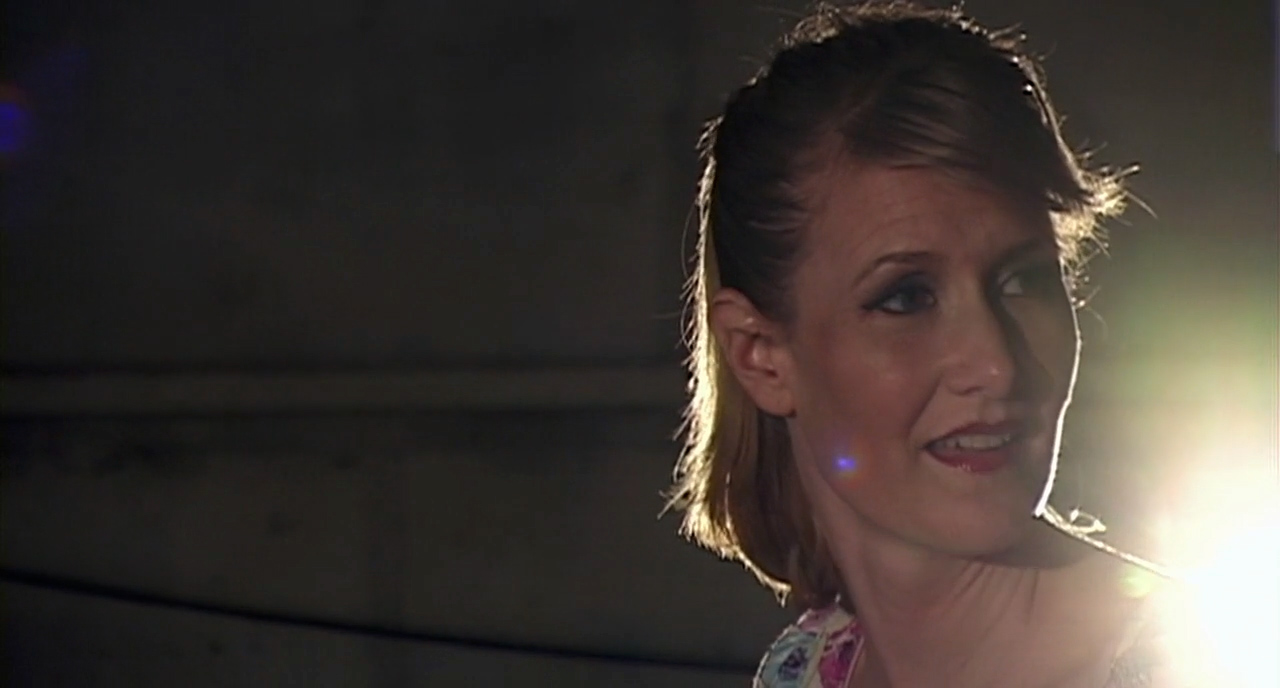 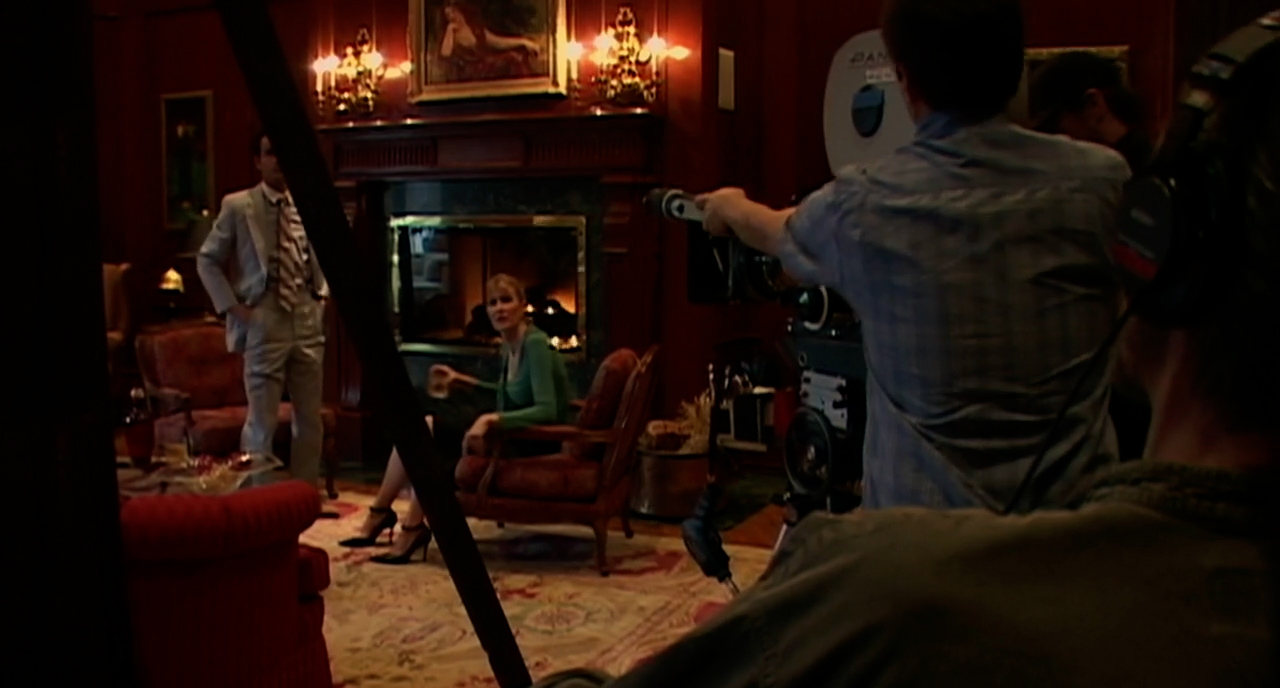 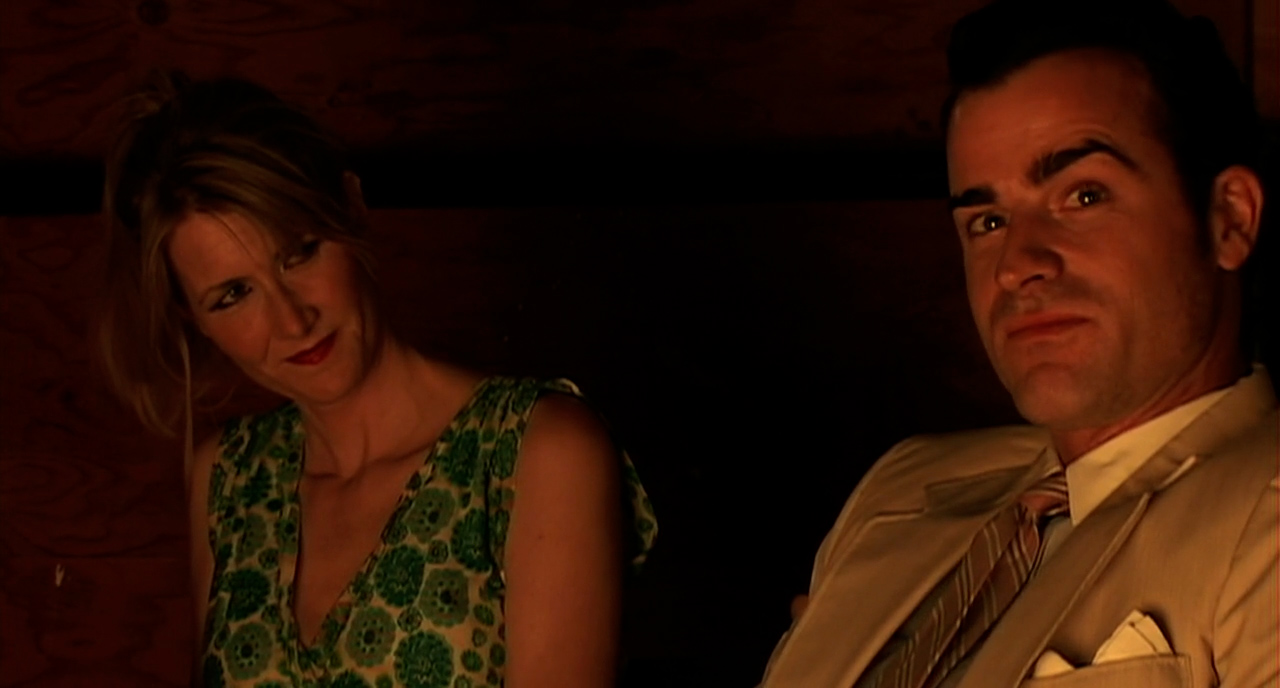 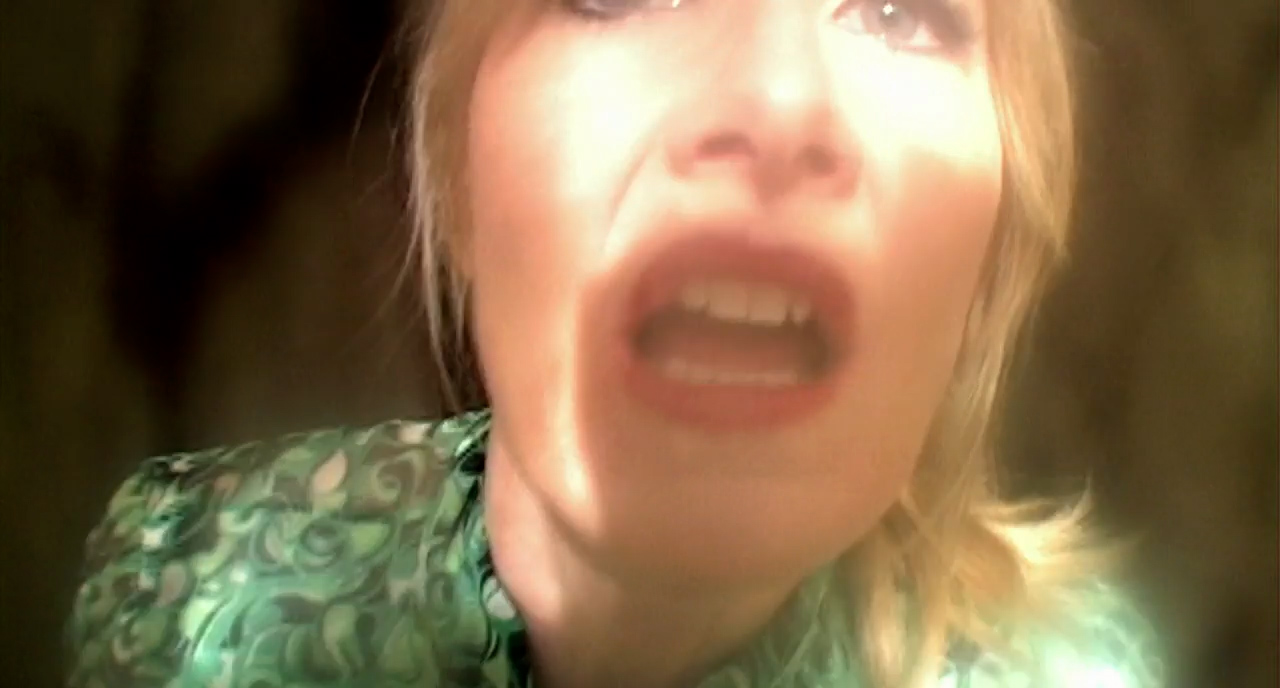 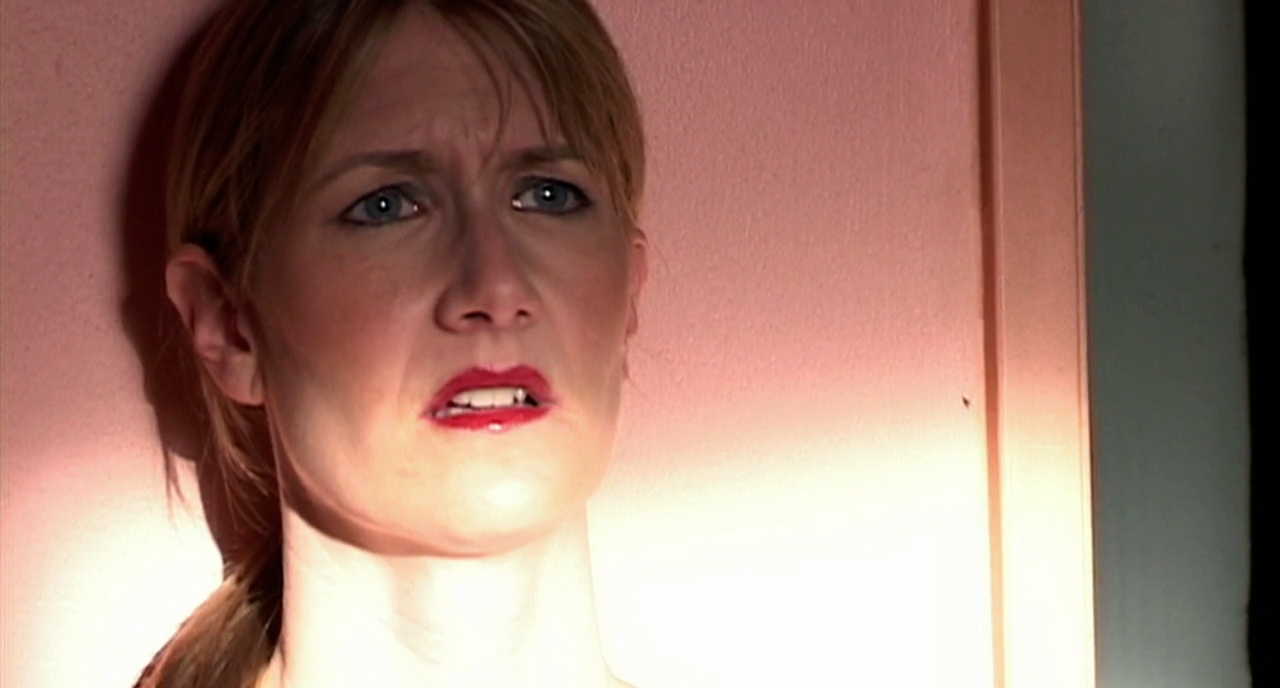 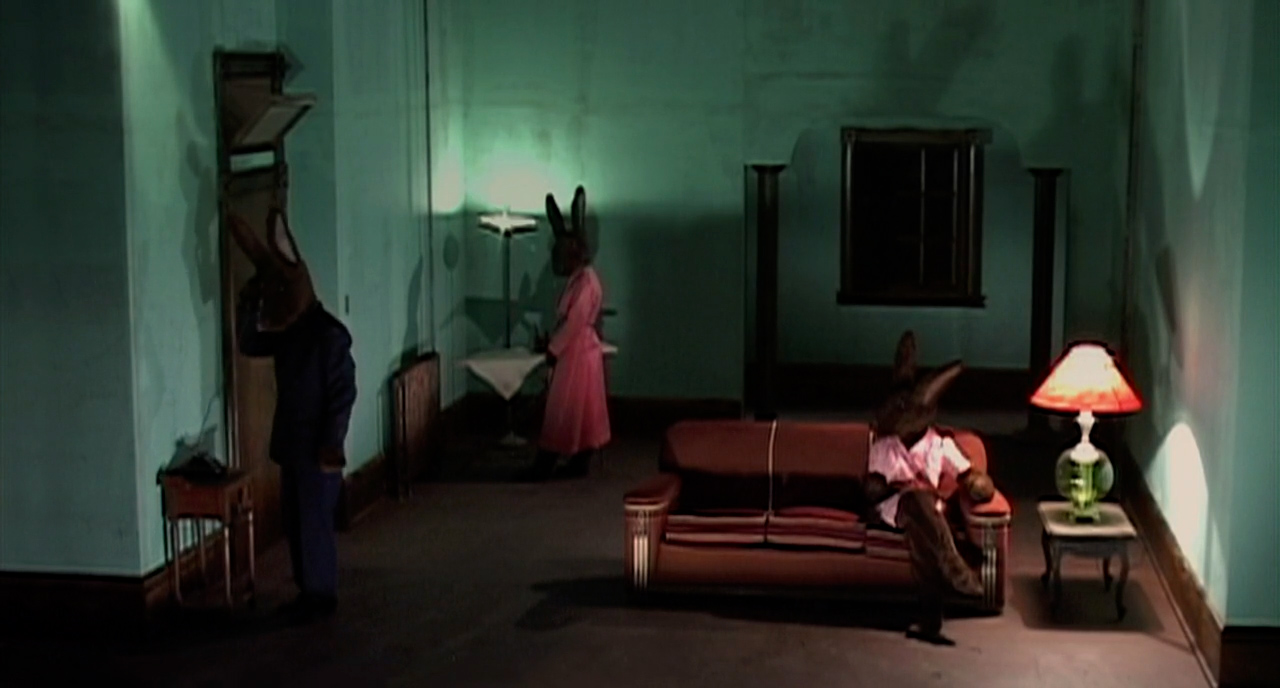 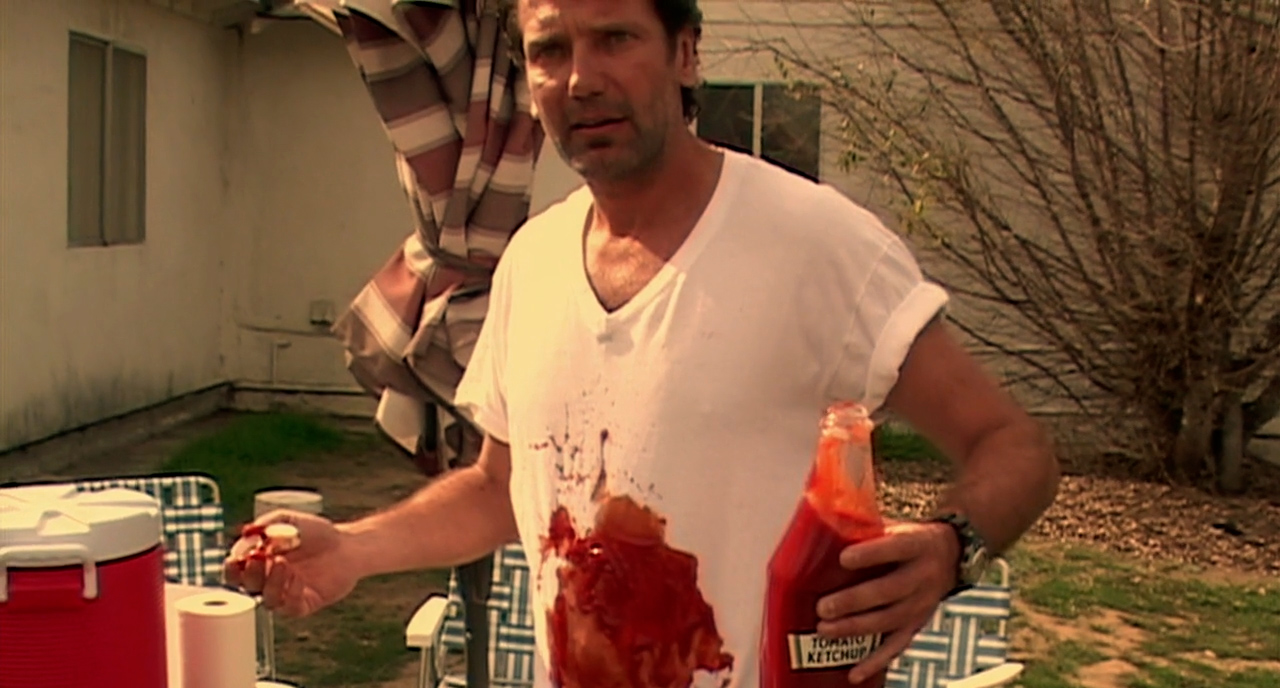 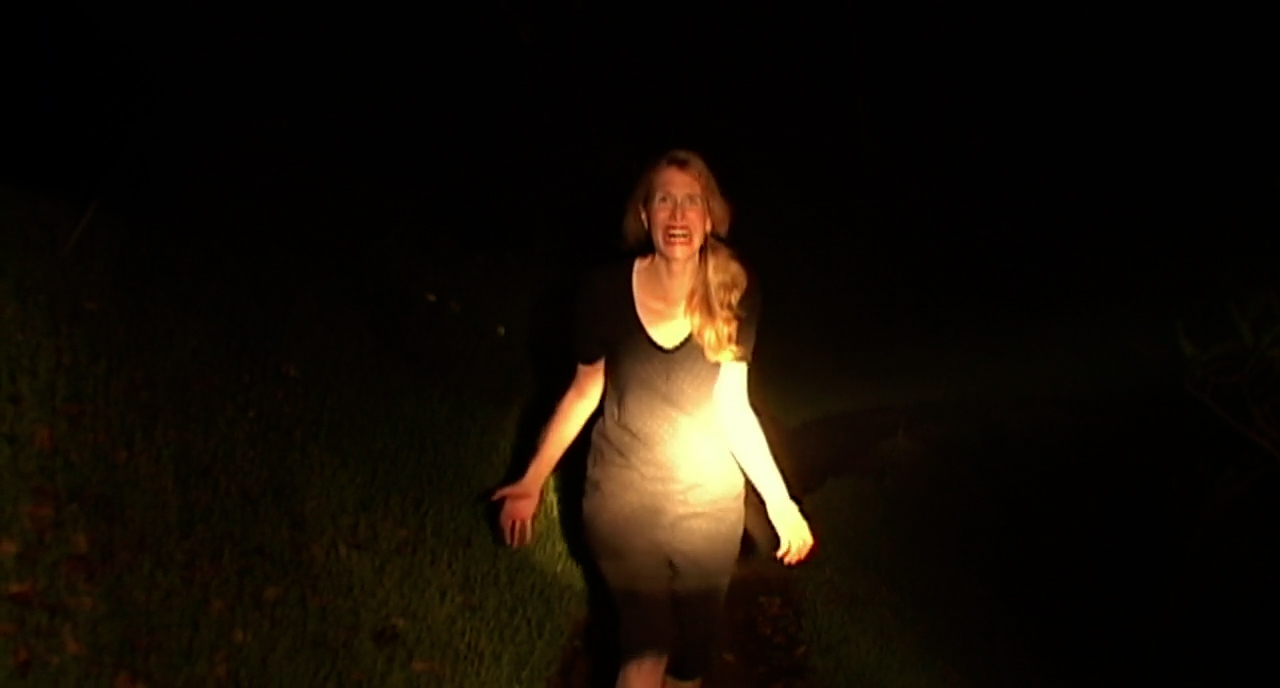 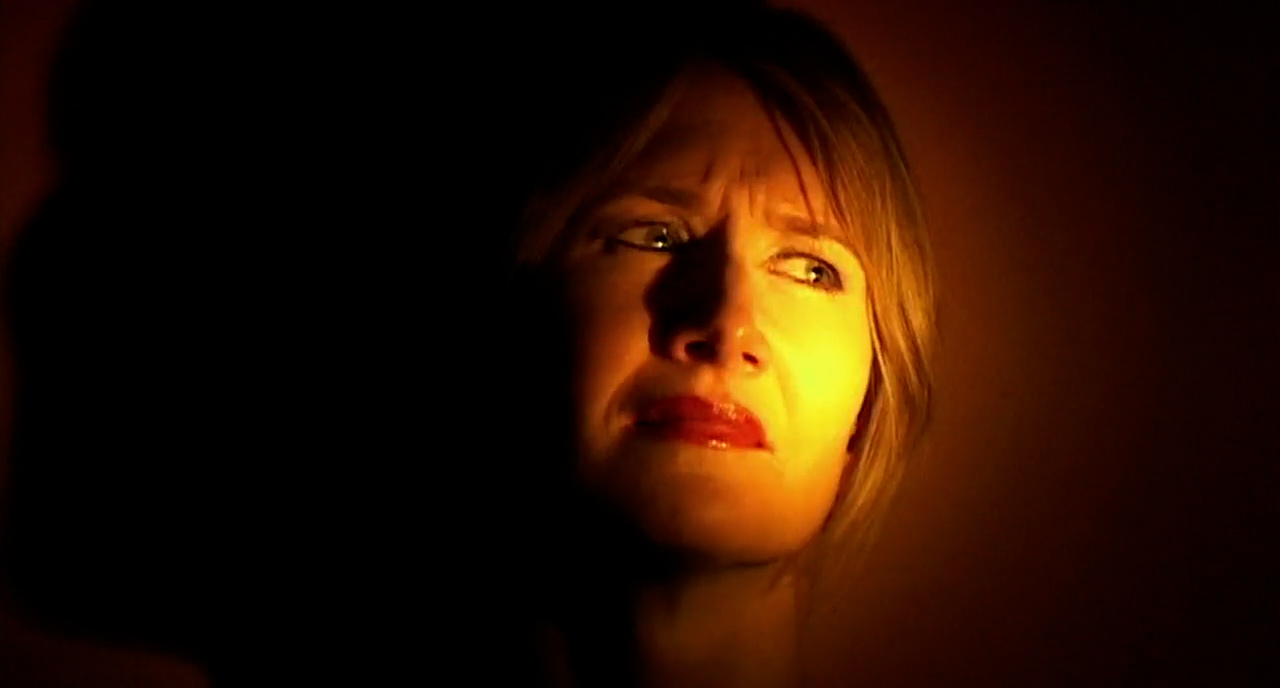 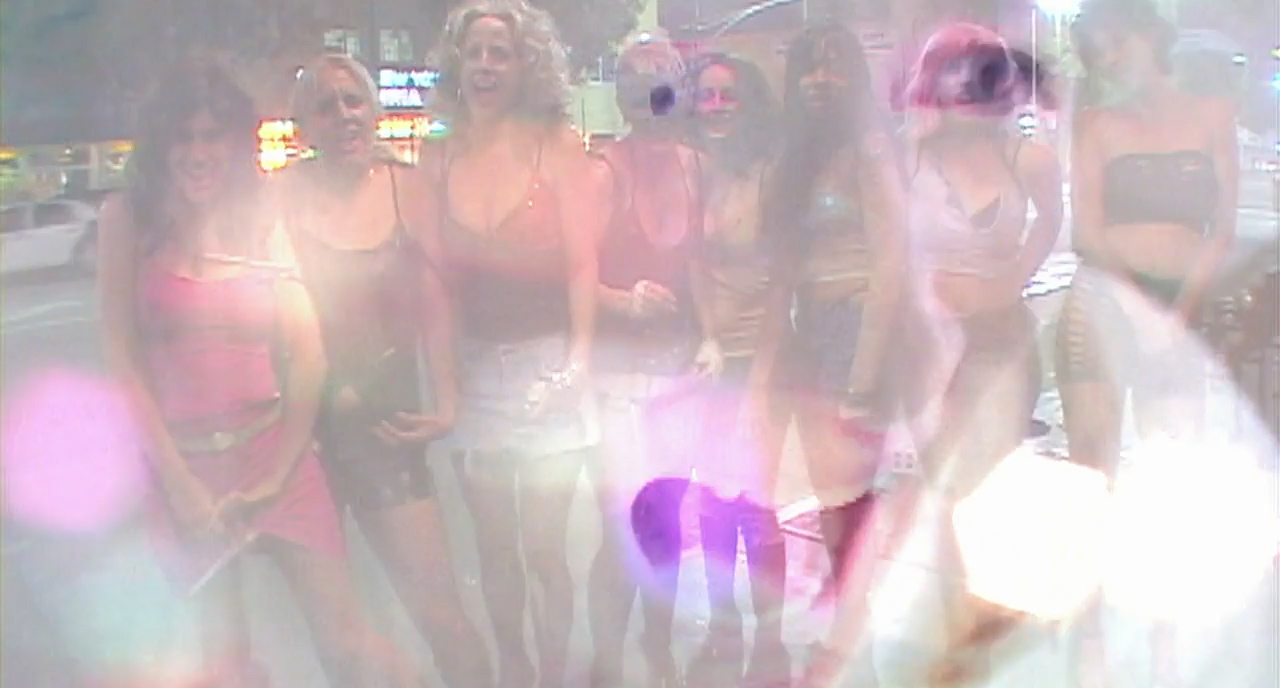 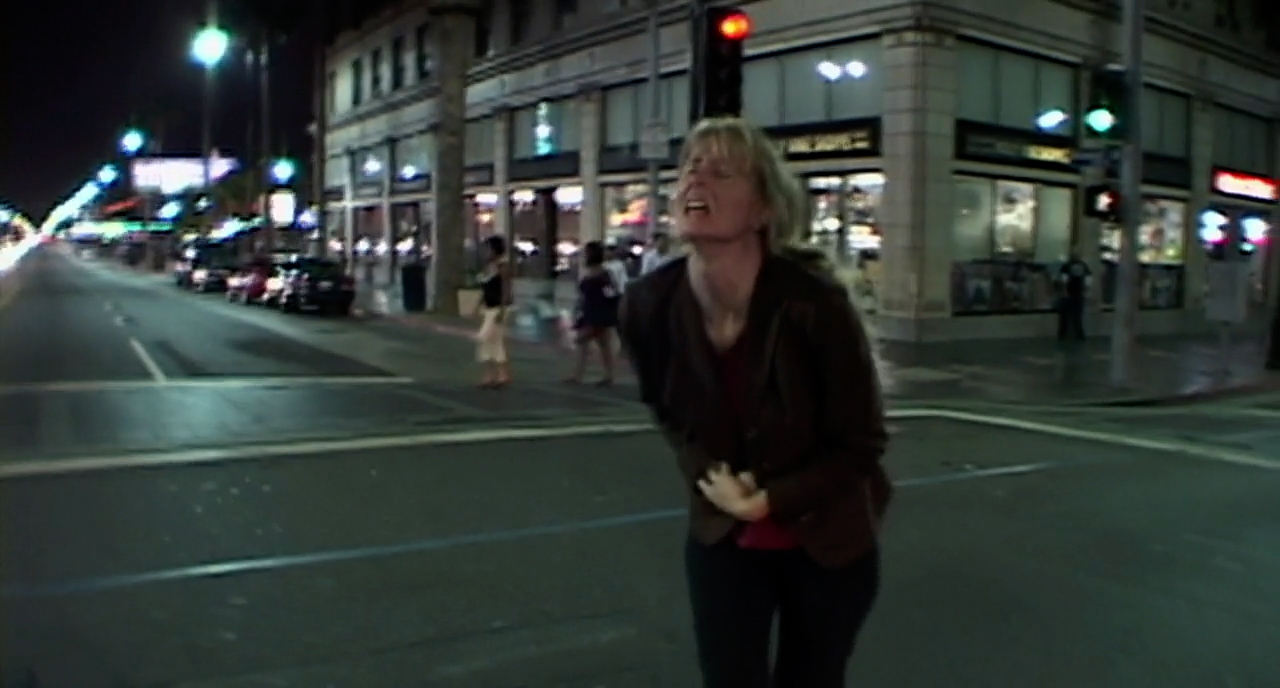 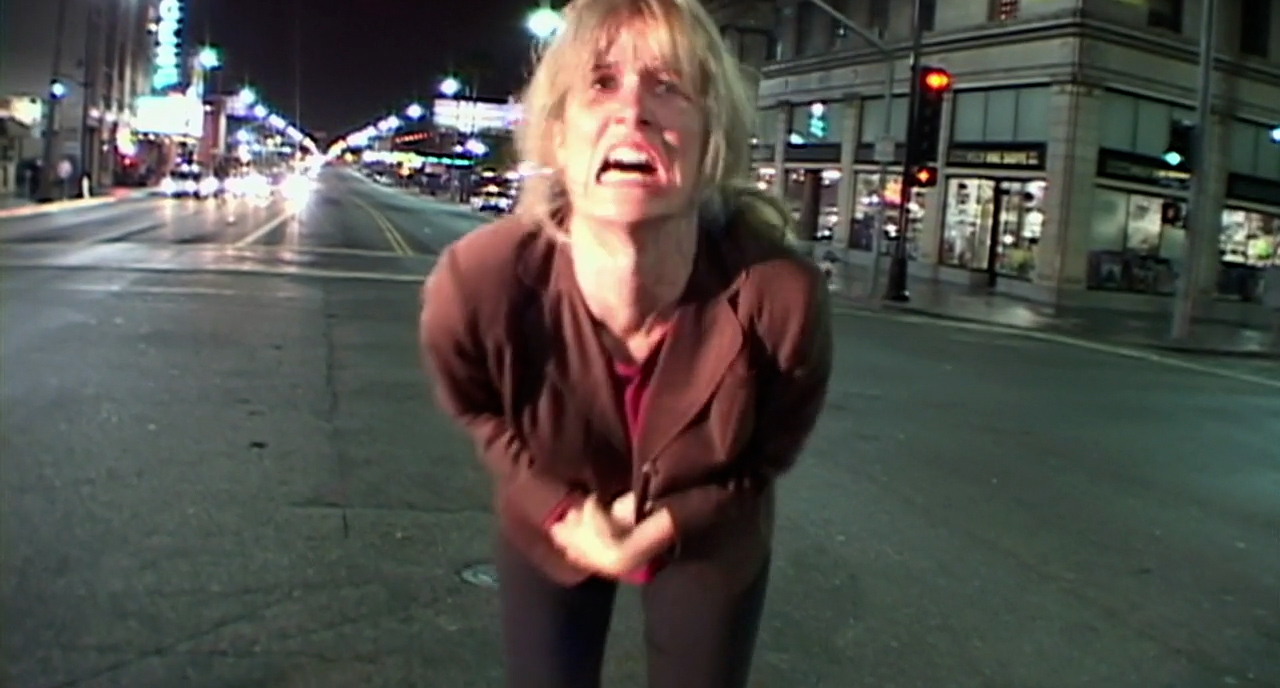 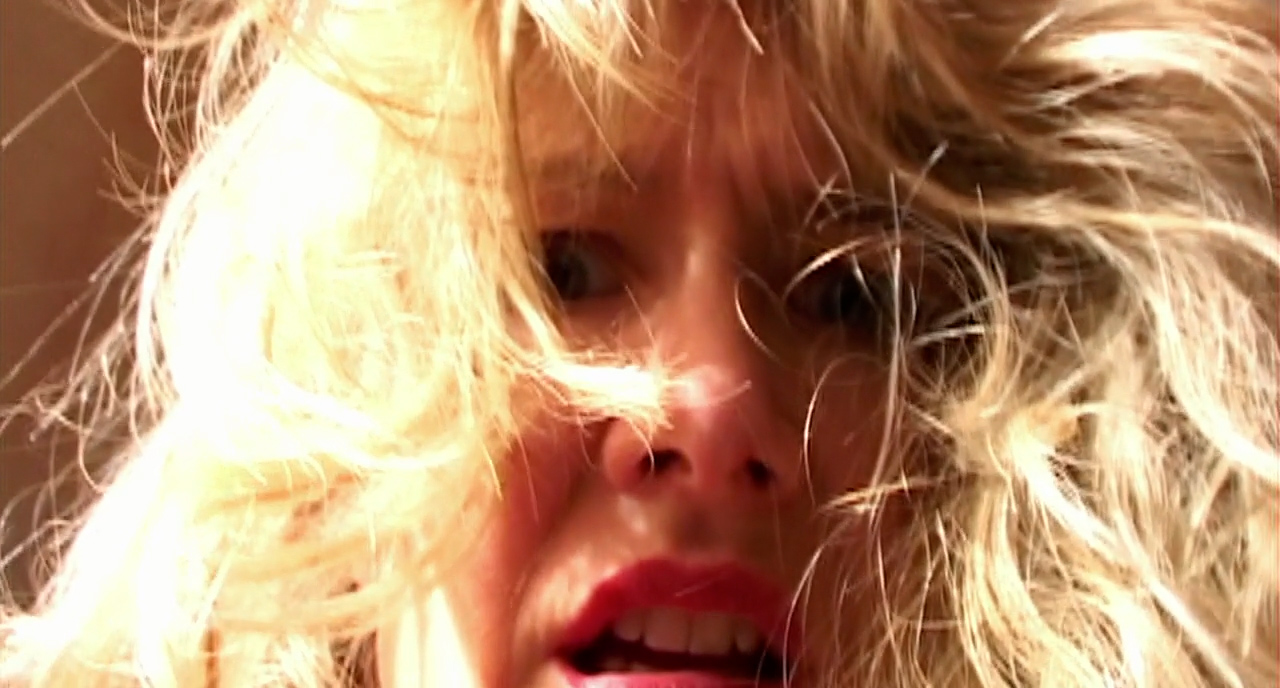 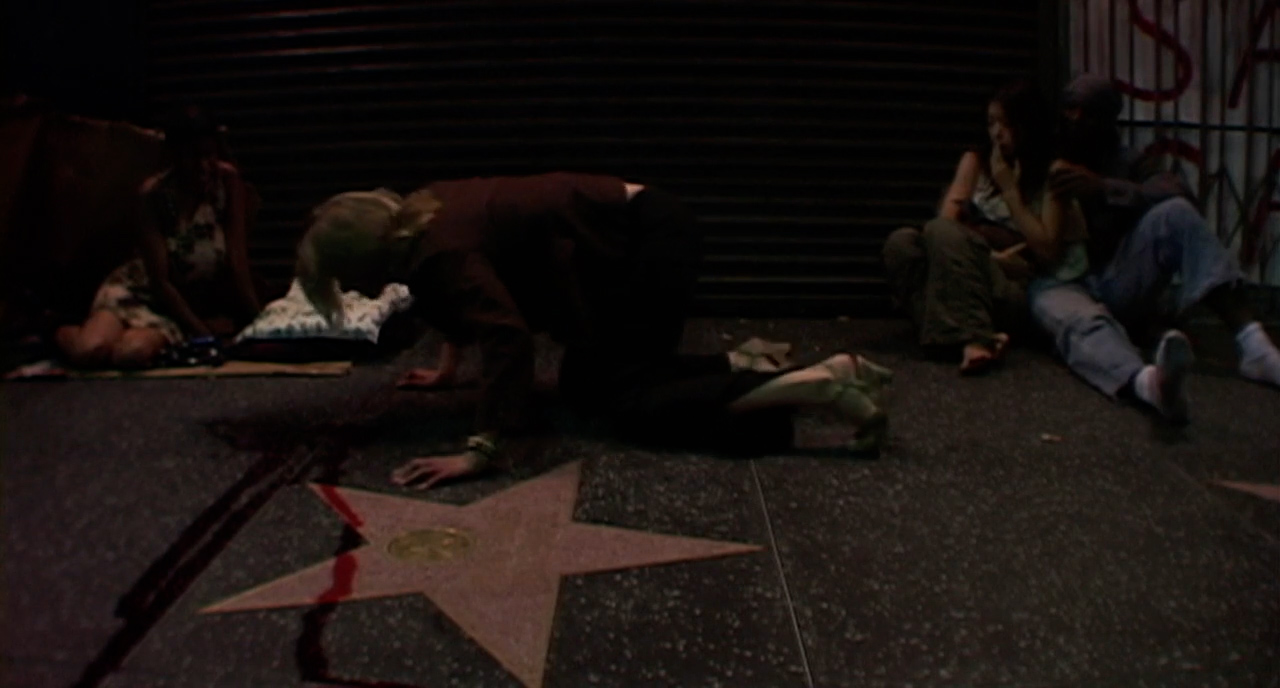 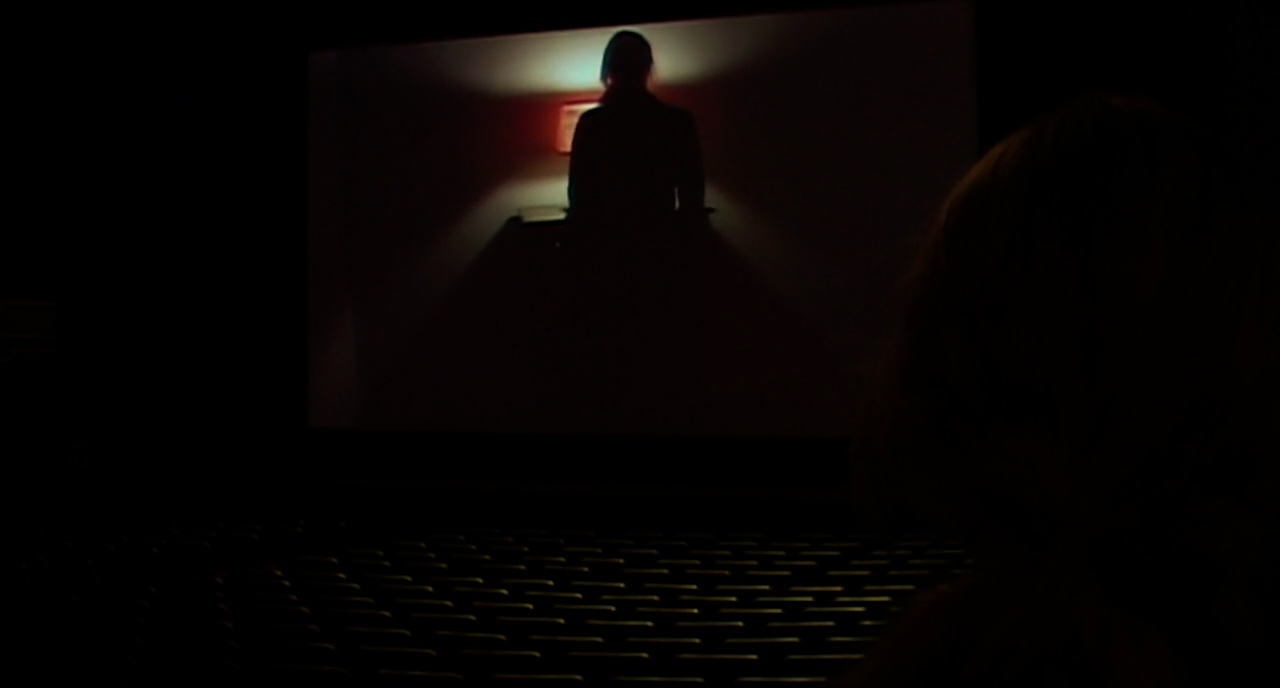 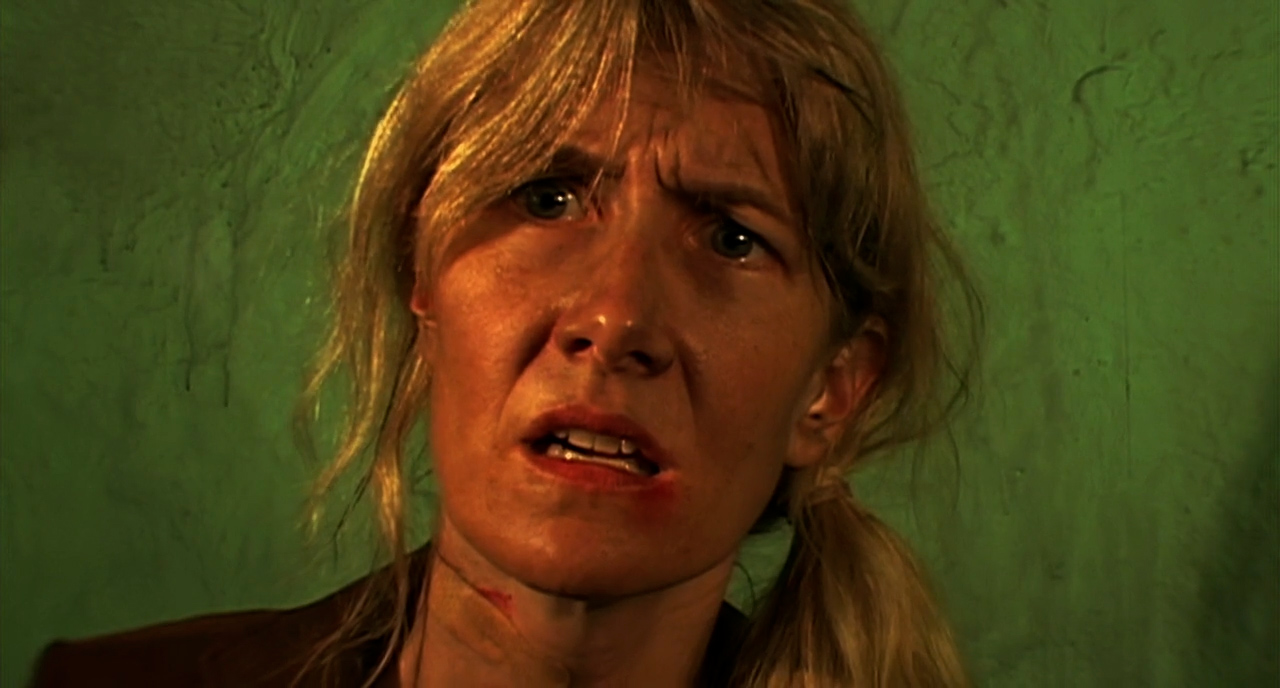 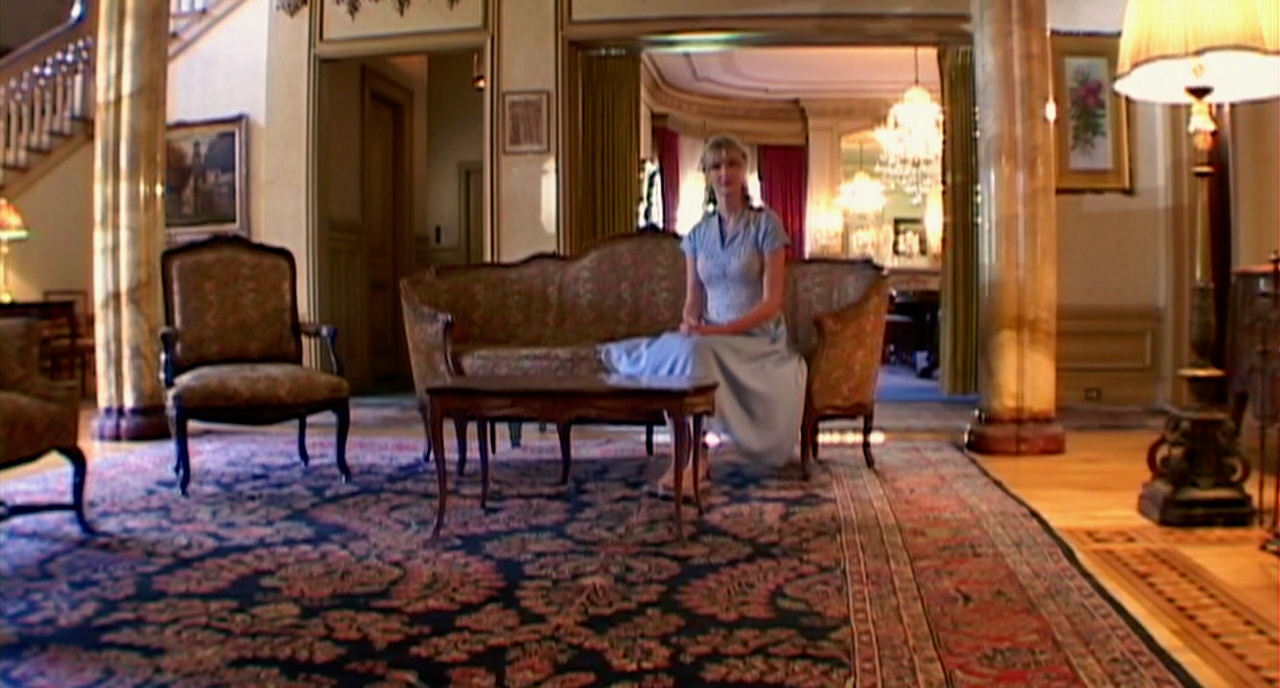