While I mostly missed the heyday of Hollywood's golden age of star-studded disaster movies during the 1970s — The Poseidon Adventure, The Towering Inferno, Earthquake, the Airport franchise, and more — I was the prime age of eight in 1980 when the influential disaster spoof Airplane! was released, and it became the first movie I would see multiple times on the big screen, begging my dad to take me to see it three times. As important as Airplane! was to my formative years, I somehow missed, until this movie challenge, a similar disaster spoof which must have been a major influence on Airplane!, the 1976 flop The Big Bus. Even though I have no previous experience with director James Frawley's very silly comedy, its familiar form alone is enough to trigger my nostalgia receptors in the right ways.

While Airplane! took a straight-forward plot and smothered it in absurd gags, The Big Bus injects absurdity into the core of the narrative, which concerns a ridiculously giant luxury nuclear-fueled passenger bus attempting a non-stop journey from New York City to Denver. As driver Joseph Bologna and engineer Stockard Channing deal with various attempts to sabotage the bus' journey, there is onboard a cast of comic faces that should be familiar to anyone who watched too much TV during the 1970s: Richard Mulligan, Sally Kellerman, Ruth Gordon, Lynn Redgrave, Rene Auberjonois… even Ned Beatty and Vic Tayback get some screen time. Everyone appears to be having fun, which papers over the seeming lack of attention given to the overall story construction and its inconsequential action points. Any indvidual's mileage with The Big Bus may be wholly dependent on their pre-acquired taste for ramshackle 1970s comedy and TV-movie production values. There are some good gags and a lot more silly ones, all with the harmless genial spirit of a lot of 1970s television. Director Frawley, a veteran of the TV series The Monkees, would go on next to direct The Muppet Movie (another childhood favorite), which is very much of a tonal piece with The Big Bus: loose and good-natured and ridiculous with goofy dark undercurrents.

I suppose that an argument could be made that The Big Bus is actually a well-concealed cultural juggernaut, and that its reverberations can be felt throughout the popular media of the last few decades. In addition to its obvious relationship to Airplane! (not to mention Speed and Flightplan), one could also compare The Big Bus to Snowpiercer, with Bong Joon-Ho's dystopian cult hit echoing the bus' interior design and leisure facilities in addition to its plot involving cannibalism. Further, just like the 1986 horror movie Troll featured a Harry Potter more than a decade before another franchise made the name famous, The Big Bus features a Dan Torrance a few years before another character of that name would ride his tricycle around The Shining's Overlook Hotel. To go even further, The Big Bus features a character named "Iron Man," which puts it 30 years ahead of the biggest franchise in movie history.

Maybe some of that dubious context can help alleviate the not-so-pleasing aspects of The Big Bus for those who also find its humor lacking. From a screenwriting perspective, it's a movie that knows neither how to start nor end, and for a movie that comes in just short of 90 minutes, it's, generously, 30-minutes too long. While there is some amusing mockery of hard-boiled dialog, and an early scene in a bar for bus drivers is inspired from start-to-finish, most of the humor relies too much on the absurdity of the bus itself; the rest is mild sub-Love Boat-quality farce boosted by the hammy paycheck-cashing of an appealing cast. While The Big Bus might have inspired Airplane! It comes nowhere near that comedy's relentless absurdity or its remarkably solid form. For what is essentially throwaway mush, however, it's pretty fun. 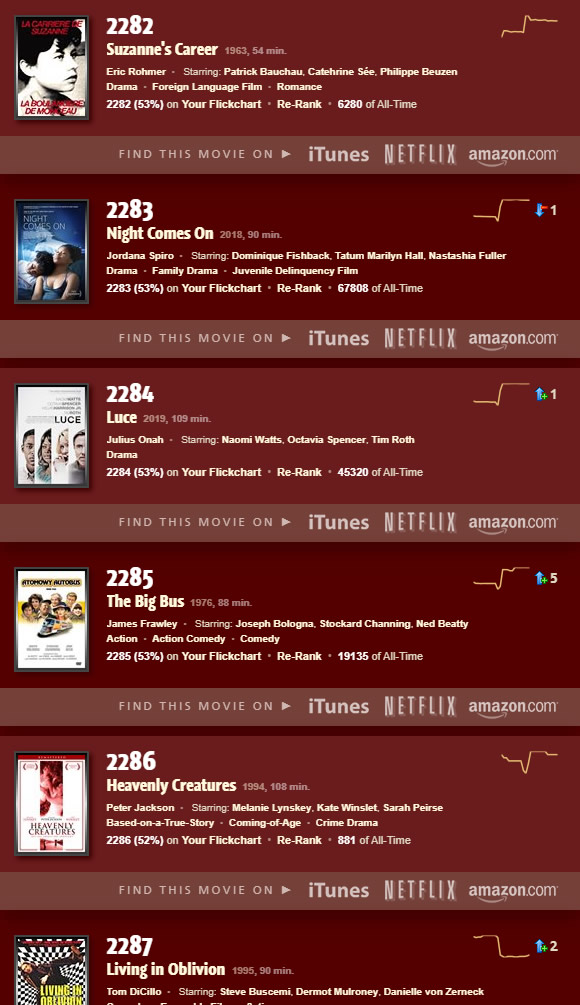 It was smart of Dan Kocher to make a last-minute change to his Custom List and move The Big Bus up into the worry-free first slot, as its nevertheless decent ranking of #2284 (52.56%) on my Flickchart wouldn't have been enough to meet the 60% threshold required by the tougher rule set for custom lists. Next up is a movie that he considers a more-certain winner, the great Setsuko Hara in Yasujirō Ozu's LATE AUTUMN (1960). 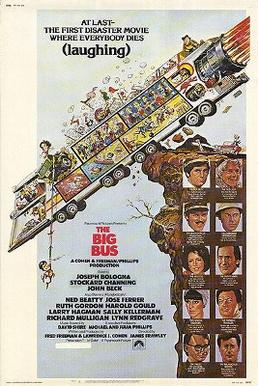 "You eat one lousy foot, they call you a cannibal. What a world!"
More about The Big Bus (1976) on Videopolis