One of my big problems with most avant-garde movies, those that favor symbolism over narrative, is that if they don't establish some sort of coherent anchoring idea at the outset, what follows usually devolves into a meaningless parade of disconnected visual ideas that can barely sustain 15 minutes let alone a feature-length running time. Even if some of those visual ideas are uniquely striking, too much nonsense at once quickly becomes monotonous. And then, even when an surrealist director manages to connect an actual idea to a series of well-designed expressionistic images, they can often, in the fever of their artistic method, misjudge the originality of their idea, or the resonance of their vision, or the patience of their audience. Indulgence is essential to avant-garde and a uniquely tiring quality when it doesn't click.

To the great credit of director Alejandro Jodorowsky, he avoids most of the most fatal pitfalls of avant-garde film-making in his epic riff on religious hypocrisy and the fanatical quest for enlightenment, The Holy Mountain (1973). While this topic is nothing new to cutting edge artists — Luis Bunuel's filmography, for example, hammers subversion of religious pieties with fecund creativity for four decades — Jodorowsky's particular take on it is… bracing, at least for a while. And not for everyone. While I wouldn't classify The Holy Mountain as nearly as upsetting as, say, Salò, or the 120 Days of Sodom, it's in an adjacent ballpark and more than one foul ball from SALÒ's game hops over the fence into The Holy Mountain's left field. It's got a lot of animal cruelty and various other moments of gore and bodily functions and other unpleasantnesses. Do not mistake my forthcoming praise of The Holy Mountain as a recommendation.

The first 25 minutes of The Holy Mountain are mesmerizing, both for Jorodowsky's striking artistry, which is immediately apparent in the alluring silent ritual of the prologue, and the emotional power of his imagery. He is careful crafter of bold and frightening ideas that make a terrible psychic sense when strung together and paced well. Through this relentless cavalcade of provocative and frequently disturbing ideas, Jodorowsky capably establishes the biting absurdity of his worldview. The Thief (Horacio Salinas), a Jesus-like figure, rises from indigence to a figure of idolatry to a purveyor of carnage, and each step adds to his shame and self-loathing. The impact of this first section of The Holy Mountain, its most focused segment by far, is crucial to whether or not one may be able to tolerate what follows, as it gets saggier with each new chapter, though it never loses the thread of satirical sacrilegious logic that keeps it interesting and meaningful.

During the second part of The Holy Mountain, The Thief, seeking rebirth, meets The Alchemist (Jodorowsky), a mysterious devilish figure who, literally, promises to turn the forlorn man's shit into gold (a retroactive alternate title could be The Last Temptation of 'Piss Christ'). In the movie's most whimsical stretch, The Alchemist introduces The Thief to eight more figures of contemporary social and moral corruption — the usual cadre of artist-targets, like politicians, militarists, civic engineers, propagandists, aristocrats, authoritarians, corporate leaders — and in the final section of the film, he lures these acolytes into the mountains with the seductive promise of spiritual purity and even greater power.

Even though the concepts with which Jodorowsky is dealing in The Holy Mountain — up to and including its final reveal, which always triggers in me instinctive eye-rolling — are trite, his handling of them is usually inventive and/or inspired and/or effectively confrontational, and often merit a little deeper digging into their implications. As needed in a film that skewers piety, Jodorowsky makes no exemption for himself, and arguably places the role of provocateur filmmaker as not too far from the false prophets who bear the brunt of his abuse.

The Achilles heel of The Holy Mountain is its length. At nearly two hours, a few of its blunter points could've been made more succinctly (or not at all), and, common to this genre, there is a fair degree of artistic masturbation going on. For a movie made by an insane idiot/genius (and with, presumably, a diet of pharmaceutical enhancers), The Holy Mountain is rarely boring, sometimes quite funny, often memorably shocking, occasionally just too gross, and almost always visually gripping. It may be easy to lose track of Jodorowsky's overall messaging when there is such a wealth of detailed perversion on display, and it's probably fair to consider The Holy Mountain, ultimately, more concerned with provocation than anything else. Jodorowsky may be a proto-edgelord, but he's a pretty glorious one. 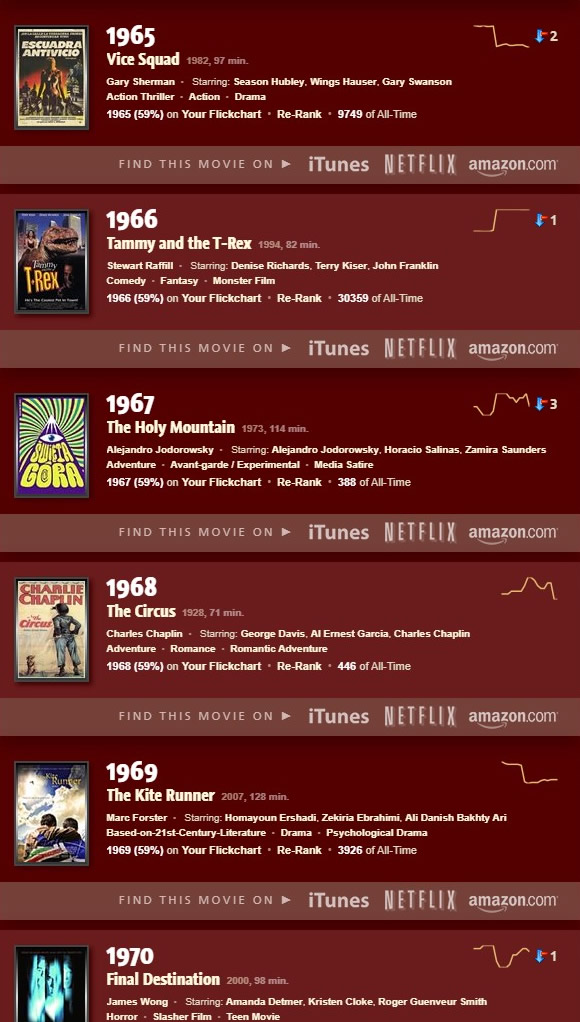 The Holy Mountain kicks off Nathan Chase's list of Flickchart's Top Mindbenders with a positive start that achingly falls just a hair short of earning him a FREE PASS to the second round, with a decent rank on my Flickchart of #1967 (59.55%).  This puts all the pressure on his second movie, Dark City (1998), to keep my streak going. 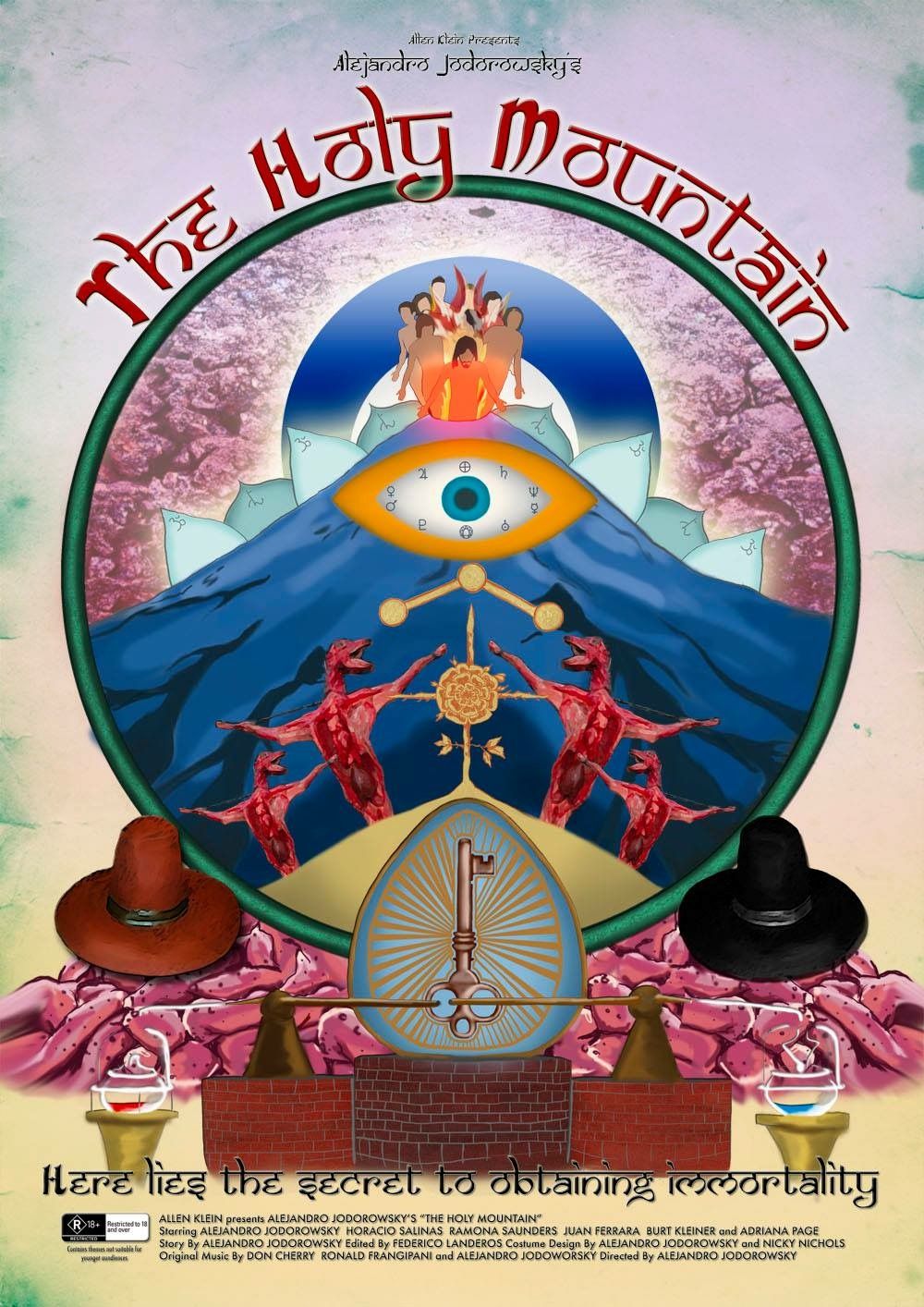