(For a more detailed confession of my STAR TREK agnosticism, see my review of Star Trek III: The Search For Spock.)

As I watched the first three feature films in the Star Trek franchise, I took an anthropological approach, weighting the cultural relevance of this beloved TV series’ early transition into movies over the movies’ standalone qualities. When watching Star Trek, a franchise of which I am not a natural fan, a big part of the value I derive is participating, even if only momentarily, in “Star Trek: The Curiosity.” I’m not sure that the opening trilogy would have mattered as much to me as it did if the same stories and same techniques had been employed outside the franchise.

So I was a little apprehensive about queuing up Star Trek IV: The Voyage Home (1986). From my experience as a Trek-distanced teen in the 1980s, this installment marked a separation in my mind from “Star Trek, the serious and ambitious sci-fi franchise” and “Star Trek, the over-extended pop-culture antiquity that’s extending into self-parody.” Most movie franchises, somewhere around part three, enter a phase during which the productions become too self-referential and wherein the writers cover for their self-loathing regurgitation of the-same-tropes-yet-again with annoying jokey winks at an audience who can’t seem to break out of their habit of consuming the same thing over and over and over…

Maybe it was a combination of my emotional distance and low expectations, but I found Star Trek IV: The Voyage Home (1986), somewhat confoundingly, to be the most easily enjoyable of the Star Trek movies yet. Despite a clunky start that necessitates introducing the very dopey “Save the Whales” plotline, Star Trek IV slips on like a comfortable robe, with the effortless rapport between the main actors doing more work than usual to facilitate the comedy of the Enterprise crew (notably, without the Enterprise) traveling back in time to technologically and socially barbaric 1980s San Francisco to prevent a future-probe from wiping out future-Earth. William Shatner and Leonard Nimoy, in particular, are in perfect harmony as a kind of good-cop-weird-cop tandem as they enlist a wary marine biologist (the perennially charming Catherine Hicks, as good as ever) to help them kidnap specimens of an endangered species. The rest of the crew — DeForest Kelley (again, an impish highlight), James Doohan, George Takei, Walter Koenig, Nichelle Nichols — split off into their own amusing adventures as they attempt to procure 1980s resources for futuristic needs. And, by and large, all of the very obvious fish-out-of-water jokes work quite well.

The special effects in Star Trek IV range from low-effort to endearingly outdated, including a very strange "entering time travel" visualization that might have semeed avant-garde in 1967. There is also a distinct lack of action and drama — arguably, it’s in the moments that the movie, directed by Nimoy, attempts anything more ambitious than light comedy, that it’s at its least agreeable — but spending two hours in its middling jocularity was a pleasure. It's a time-travel comedy that requires mental time-travel on the part of its audience, who must tuck away their 2021 cynicism and travel back to 1986 for some PG-comedy based on an even more quaint set of aging characters developed in the 1960s as a vision of an idealized future. Maybe that's a tougher trick to pull off than this gentle movie lets on? 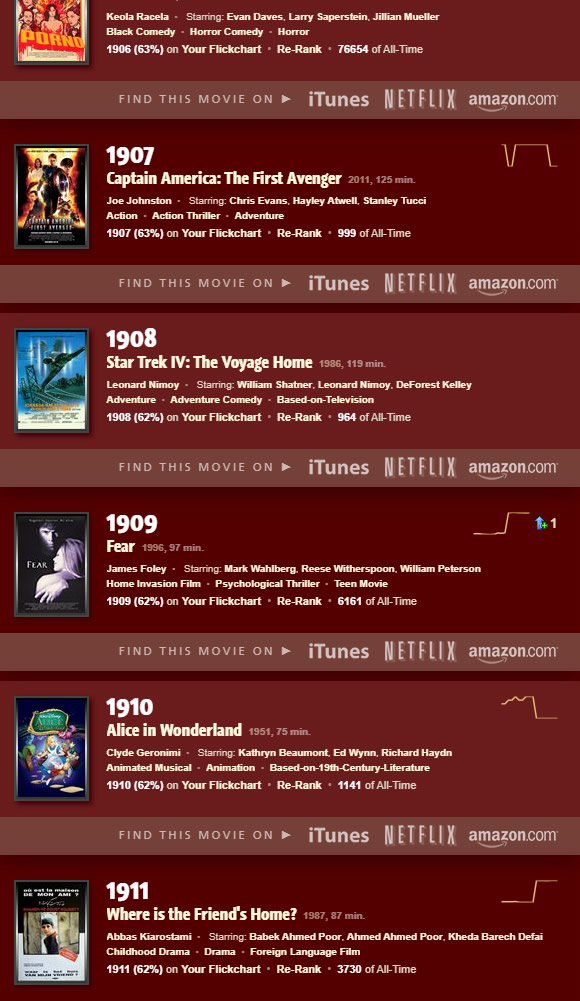 David Anderson’s list of Flickchart’s top-ranking "Space Adventure Movies of the 1980s" nimbly skips over its first hurdle, as STAR TREK IV: THE VOYAGE HOME (1986) enters my Flickchart at the surprisingly comfortable position of #1907 (62.56%), which not only guarantees that I’ll move on to its next movie immediately, but it puts a FREE PASS in David’s pocket for a return to his list later in ROUND TWO. The next 1980s Space Adventure missing from my Flickchart is FLASH GORDON (1980) — which I last watched theatrically 41 years ago — directed by Mike Hodges. 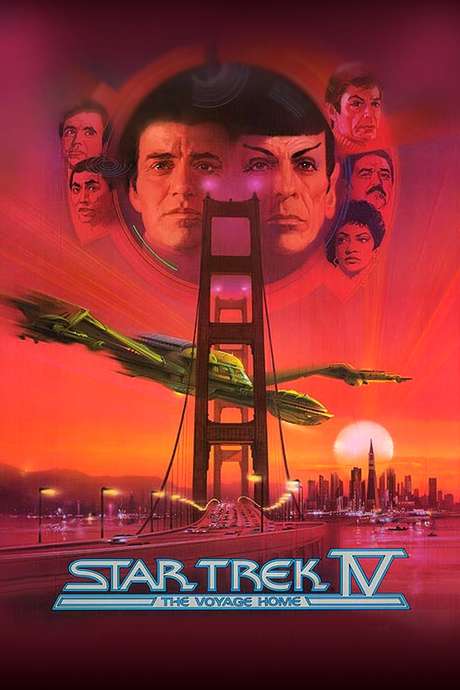 More about Star Trek IV: The Voyage Home (1986) on Videopolis