What makes a memorable exploitation movie is usually a combination of provocative narrative elements (delivered with utmost sensationalism, when possible) complemented by an exaggerated sense of style. Russell Mulcahy’s outback animal-attack thriller Razorback doesn’t exert itself in the narrative sense but makes up for it with an expressionistic zeal that goes beyond the usual funky B-movie flourishes.

Following a stunning opener, in which the titular giant hog destroys a house and makes off with a baby (dingos shmingos), Razorback settles into an unremarkable plot about a New Yorker (Gregory Harrison, famous at the time on US television as Trapper John, MD) searching for clues about his missing wife (Judy Morris) who disappeared in hostile Aussie territory while producing an animal rights advocacy report about kangaroo hunters. One of the hunters (Bill Kerr) suspects that she ran afoul of his ‘white whale’ — an enormous razorback that only he has previously encountered.

As with most Ozploitation movies, the merciless Australian landscape and its unique wildlife are major features, as are (likely to the dismay of the Australian tourism board) the practically uncivilized working-class men who seem to do nothing but construct ramshackle automobiles, shoot guns, harass women, and drink gallons of beer per hour. One of my recurring uncertainties at the start of any Ozploitation movie is figuring out whether the movie is set within a fictional post-apocalyptic future or if this is just a depiction of the Australian outback as-is. While Razorback is not dystopian fiction, it does feature characters who could have been crushed under the wheels of Mad Max’s oil rig. Eccentric villains Dicko (David Argue) and Benny (Chris Haywood) are dominant, making the actual monster (a neat practical effect by Bobb McCarron) in Razorback feel like an afterthought compared to the time spent on their human cruelty. And it’s not like screenwriter Everett De Roche (who is going to be a recurring factor in this list) nor Mulcahy seem interested in trotting out the trite “Who are the real monsters?” theme; in fact, it’s hard to pinpoint any ideas at the core of Razorback. A bunch of stuff happens, because the movie needs it to, and any questions about the title creature, its habits, or its victims are neither answered nor raised. It’s hard to believe that Peter Brennan’s source novel is not more inquisitive about its killer beast by a factor of at least 100.

What Razorback does very well, however, is taking the concept of the Australian outback as a terrorscape from the realm of gritty survivalism into cinematic abstraction. From the mysterious glowing light sources which inexplicably silhouette every nighttime action to Harrison’s delirious dream-walkabouts — set to Ida Davies very ‘80s moody synth score — Mulcahy and cinematographer Dean Semler (who previously lensed The Road Warrior (1981) and would later win an Oscar for Dances with Wolves (1990)) turns the outback into an unforgiving modern art canvas punctuated by porcine shrieks. There’s no sense of metaphor at work, however; the purpose is purely visceral. One of the movie’s most striking scenes — a surreal hog-attack that tears a house in half — is completely isolated from the plot and seems to exist only for its standalone impact as a visual curiosity. And it does have impact.

Mulcahy’s feature film debut was doubtlessly informed by his experience during the early 1980s as one of the key pioneers of the music video (including, notably, several fantastical Duran Duran outings, including, later, the extravagantly Australian-ish post-apocalyptic mini-movie for “Wild Boys”), a form in which narratives are little more than conceptual excuses for eye-catching aesthetic invention. Taken that way, Razorback is a unique entry into both the Ozploitation and animal-attack cannons, even if it fails to satisfy as a conventional narrative. 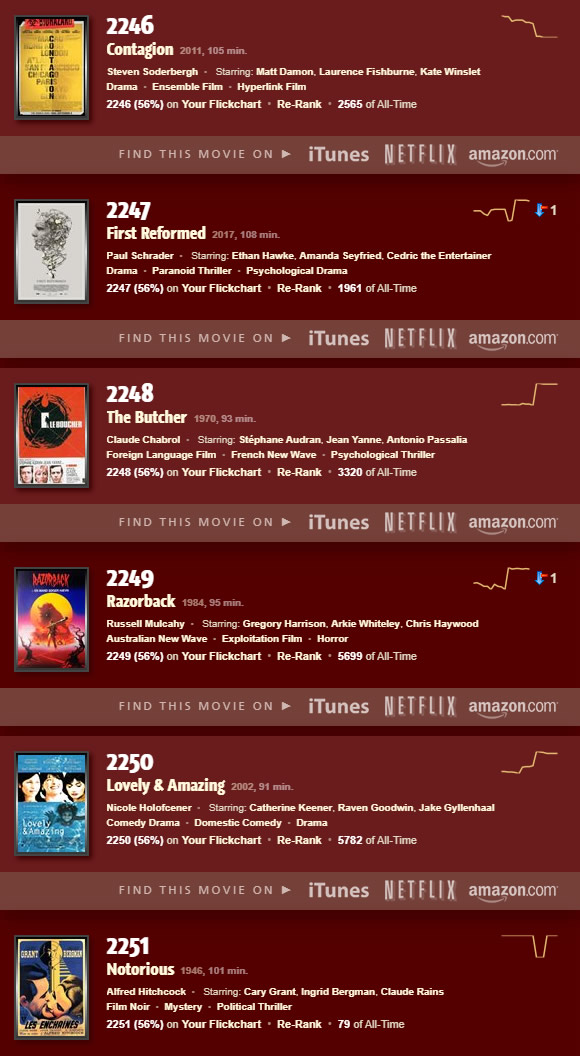 Razorback (1984) gets Nick Dallas' list of Flickchart's Top Ozploitation movies off to a decent start, ranking at #2249 (56.24%) on my Flickchart. The next movie in this chapter of the Silver Screen Streak Movie Challenge will be the cult sleeper Long Weekend (1978), directed by Colin Eggleston. 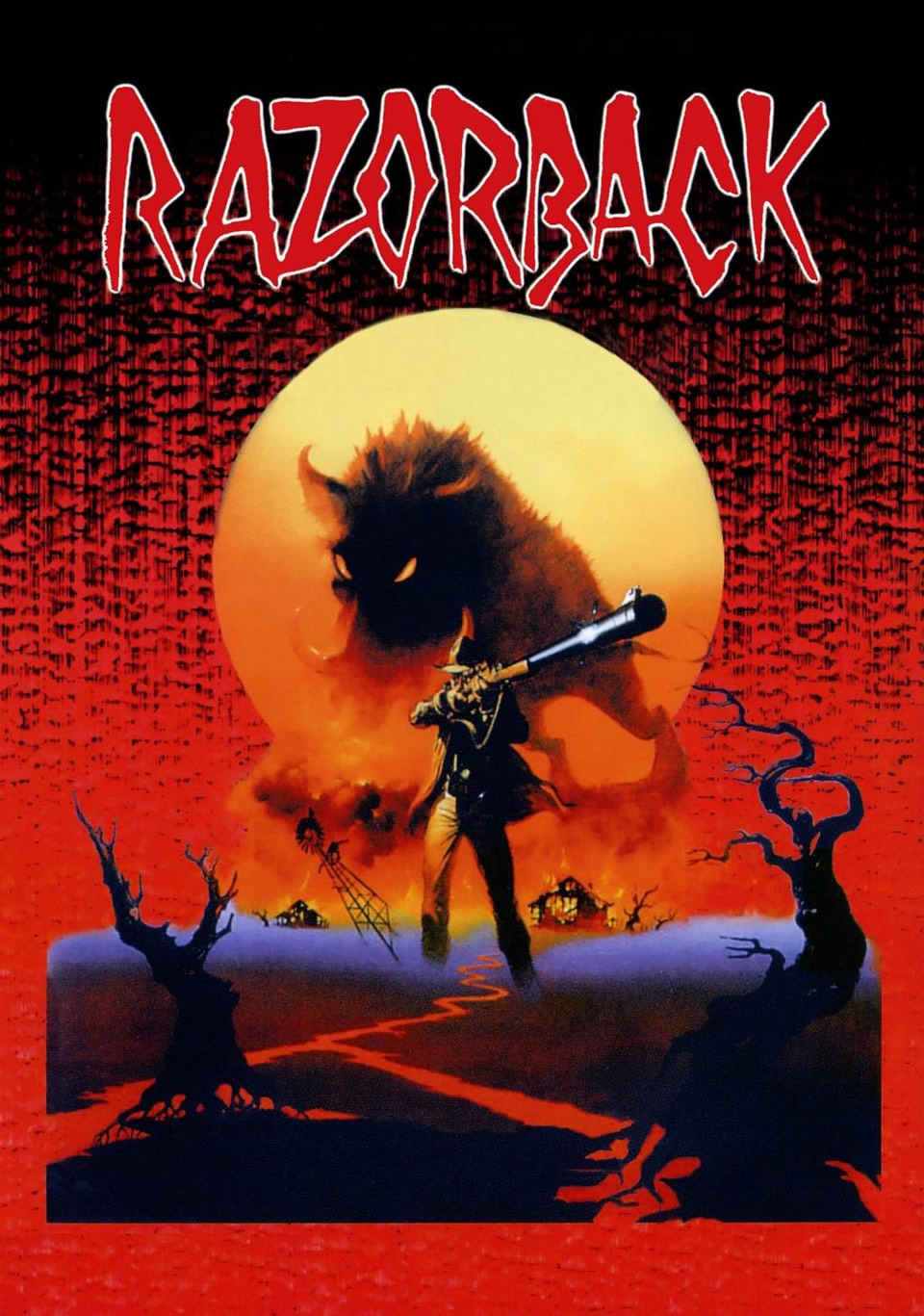 More about Razorback (1984) on Videopolis