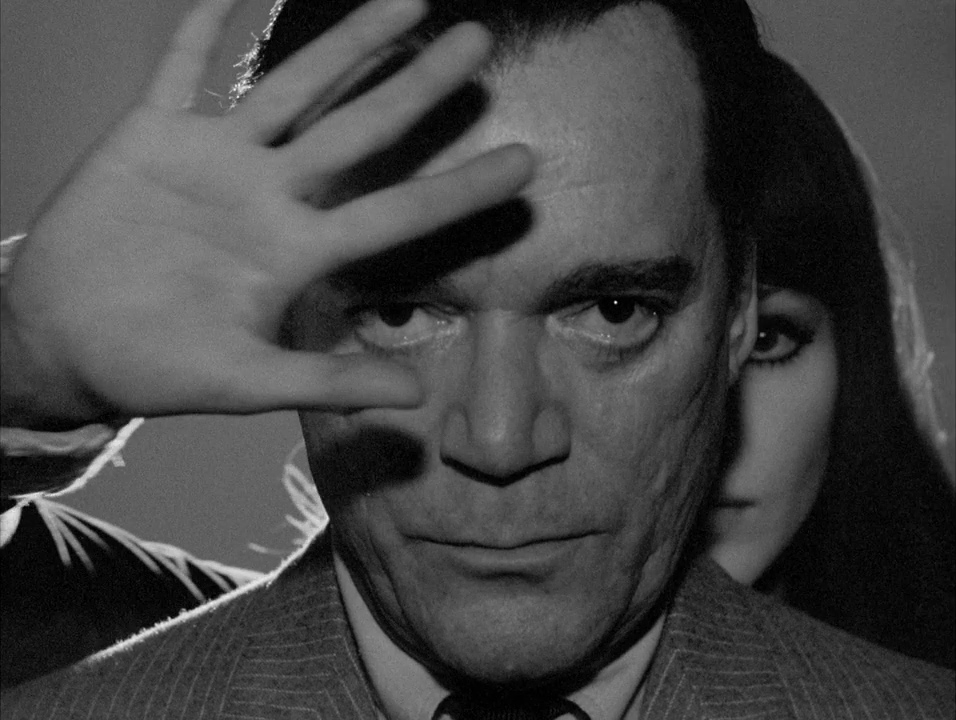 Most of Jean-Luc Godard's breakthrough movies of the early 1960s mixed a fairly heavy dose of philosophy into avant-garde twists on genre film tropes, and Alphaville (a.k.a. Alphaville, une étrange aventure de Lemmy Caution) finds Godard doing more of the same, but at twice his usual capacity and, for the most part, at an even more adventurous and playful level.

Taking a popular pulp character from French post-war pulp fiction and movies, Godard transplants American detective Lemmy Caution (Eddie Constantine, for the 8th time) into a futuristic city that adheres to pure logic as an organizing principle and which is methodically eliminating humanity from its citizens. Caution, masquerading as a newspaper reporter from the non-conforming "outer countries," is charged with locating an agent (Akim Tamiroff) who has lost track of his mission and neutralizing Alphaville's ominous figurehead, Professor von Braun (Howard Vernon), before he starts a war. Caution finds an unlikely ally in von Braun's brainwashed daughter Natacha (Anna Karina), in whom he awakens outlawed emotions.

There's a lot going on in Alphaville, most of which lands somewhere on the continuum between amusing and fascinating. Godard's conception of this dystopic society is unique, smart, sometimes poetic, and extremely well-executed, with an almost Wonderland-ian quality to the city's governing dialectic. Caution is repeatedly told that "no-one has lived in the past and no one will live in the future" and instructed to say "because" instead of asking "why." the meanings of words are constantly being replaced, while some words (like "weep" and "robin redbreast") are disappearing entirely. Alphaville is stark and coldly modernist, but Godard has wild fun with it, naming characters after the vampire Nosferatu and the cartoon birds Heckle and Jeckle. Citizens who have broken the laws of logic by expressing grief or other discordant feelings are executed, but Godard doubles down on the absurdity of this extremism by creating a bizarre process wherein capital punishment is carried out in a swimming pool by knife-wielding synchronized swimmers. Alphaville is the anarchic spirit of the French New Wave at its most silly.

Alphaville's greatest assets, however, are aesthetic, which Godard uses as the perfect counterpoint to the often dizzy content. With cinematographer Raoul Coutard, Godard brilliantly fashions a nightmarish future out of real locations found in mid-1960s Paris. Godard matches the arresting high-contrast black and white visual tones — the deep darkness of night and shadows, punched with burningly bright blinking lights — with ominous, jarring music by Paul Misraki and an even more unsettlingly mechanized recurring narration. Alphaville has the textures of a James Bond adventure filtered through the perfect technique and broken attitude of a stubbornly anti-commercial indie comic book artist with clinical depression, and it's stunning to take in.

However, through excelling so distinctively at both the entertainment value and physical artistry of Alphaville, Godard sets himself up to half-fail. Never interested in conventional narrative except as a canvas for experimentation, and certainly averse to satisfying endings of any flavor, Godard doesn't have it in him to follow through on any aspect of his film other than the thoughtful but comparably dry commentary, resulting in a predictable anti-climax. Although it ratchets up nicely near the end, the finale of Alphaville is not nearly as thoroughly conceived as what led up to it. For a movie that is so much about the emotional essence of humanity, Godard's own intellectuality saps that same essence from his characters. If the core conflict of Alphaville represents Godard's inner struggle over over the content of his own work, it's his mind arguing for emotion, but his heart never makes an appearance. Perhaps if Godard himself had been able to breakthrough the barriers of his own intellect, it would have been his most subversive movie yet. 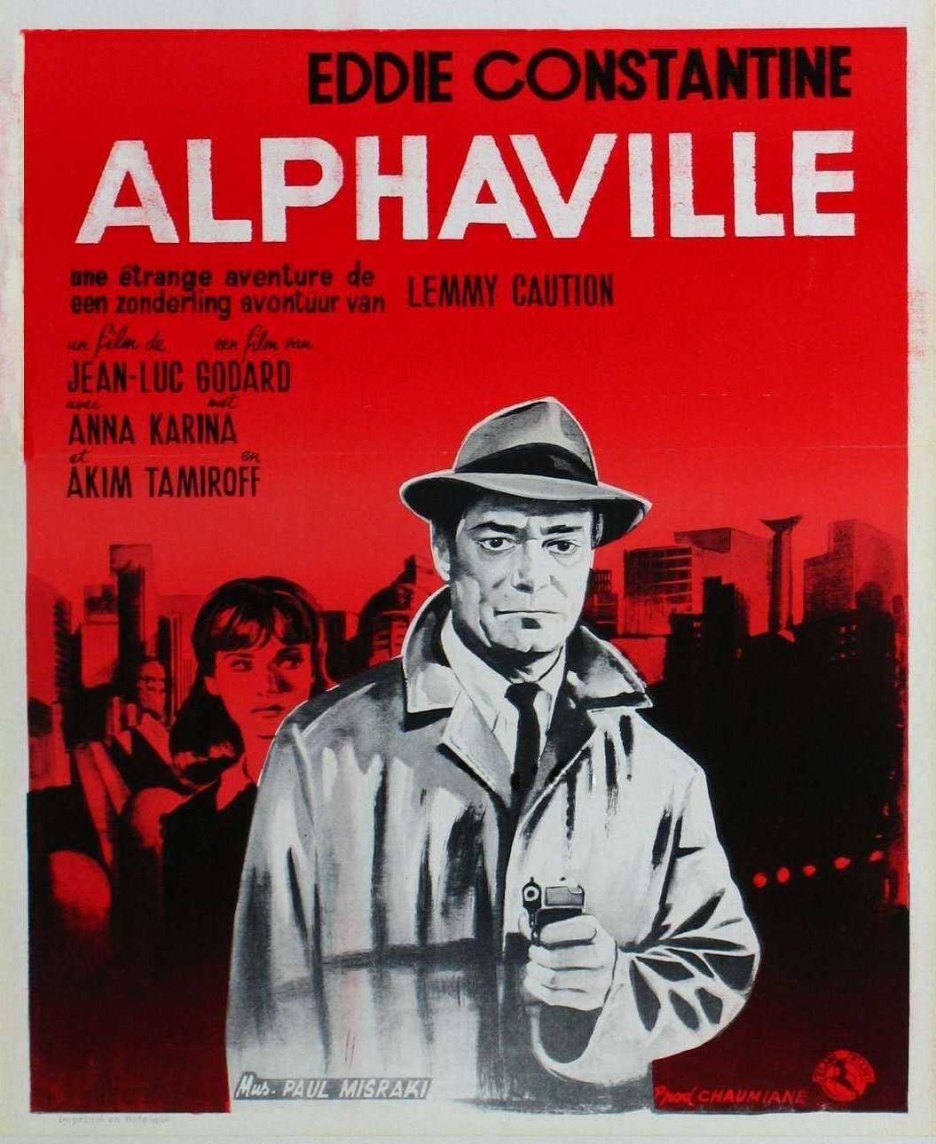